Adventure Is Out There!

“You miss 100% of the shots you don’t take.” – Wayne Gretzky. Today’s theme was Adventure Fun Day! Many of us glimpsers have been waiting to see what Constanza has to offer. Yet, many of us weren’t ready to get up at six in the morning. Yet, as Leader of the Day, I had to wake up a little bit earlier. More like five in the morning. Getting up in the morning was pretty difficult for all of us but Delenia warmed us all up with a cup of hot chocolate during breakfast, which we love! After breakfast, we all saw that we weren’t going to take a regular bus to our destination. We took a safari bus instead! The ride up there was pretty bumpy. Okay, it was very bumpy. 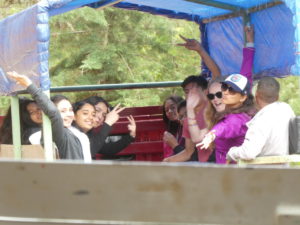 There were many puddles and dips we had to go through. But after a hour and fifteen minute drive through the bumpy roads and the beautiful mountains Constanza is known for, we arrived to our first destination! “Aguas Blancas”, or White Waters. Aguas Blancas is a waterfall that has three levels to it. So, we started to hike up the mountain to see all three levels! The hike was filled with so many trees and plants that really made the mountains stand out. We hiked to the middle and all the way up to the top level of the waterfall and admire the view. It was quite the experience. Especially at one area of the hike. There was an area with some wasps just flying around and it was tough to go through. So many of the glimpsers just ran through, screaming and attempting to swat them away and some of us just calmly walked through, hoping we don’t get stung. But since the screaming group went first and the calm group went second, that caused some of us to get bitten. Even some people realized they got bitten much later in the day! But I promise you, everyone is perfectly okay! We then hiked back down and went to the lowest level of the waterfall and it was beautiful. 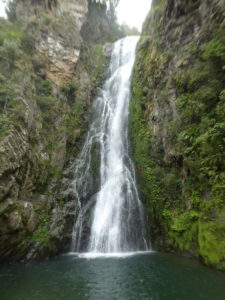 Some jumped in the cold water and some just looked on. 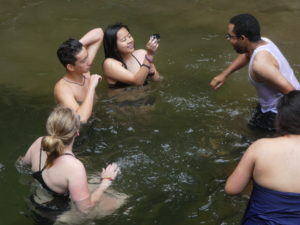 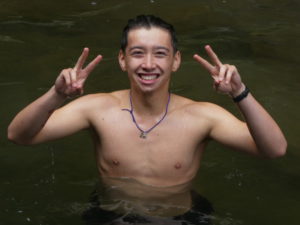 I decided to just put in my feet and it was FREEZING! I really don’t know how people jumped in! I really enjoyed the waterfall. 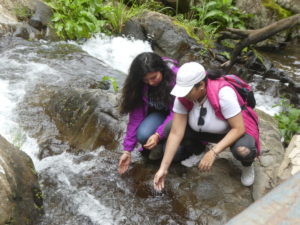 I am sure everyone took plenty of pictures so I am excited for you all to see all the nice and fun pictures we took when we arrive back at home! 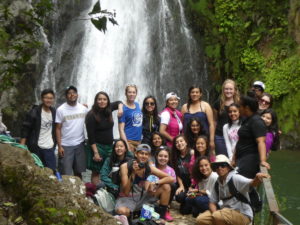 Afterwards, we went down the bumpy road again for another hour and once we reached Delenia’s, We switched buses and headed to the monument, El Nino Divino. 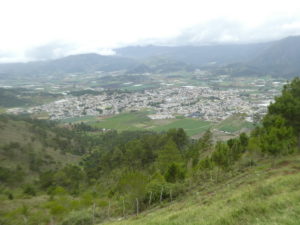 We stopped by Antonio Camilo’s hotel to eat first. Antonio Camilo was the one who built El Nino Divino. We were planning on swimming at his hotel yet the pool had NO water, which was a bummer. 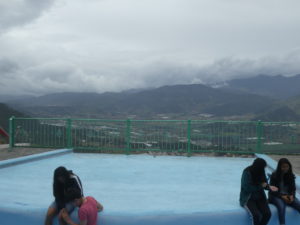 We then hiked uphill to reach the monument and once we reached it, Antonio told us the background about his monument. He shared that his inspiration to build this monument was his belief that El Nino Divino helped cure his very serious cancer. 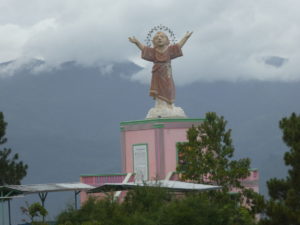 It was a really touching story.  Since pool time was cut off, we decided to go back to our hotel and have free time (which was more like nap time). I was so glad to be in bed and have a small nap before our English tutoring class, and Im pretty sure all of us were.  English tutoring was great today and we finally went home after a long day and ate dinner! Finally, we talked about our day during our nightly meeting. Overall, it was a really fun day and I am excited to start on our CAP project tomorrow!