Our lunch was cooking when we first arrived. A San Juan favorite. “Chen chen”.

Goodbye was the theme of today as we had to leave both the Suárez community and our English tutoring classes. Over the past 3 days, we have formed strong bonds and relationships with the people of Suárez through living with them as well as working collectively on the community action project. Personally, I had made a strong connection with a man in the community named Pupoi who gave me and two others an insight into his daily life and how he survives poverty. Throughout the project, many others got to know the children of the community better by keeping them entertained while working on the playground and taking part in a small baseball game at the end of the third day. Even if there wasn’t a specific person that you got to know really well, the sense of warmth and openness coming from the community was felt in everyone and it was hard to leave. 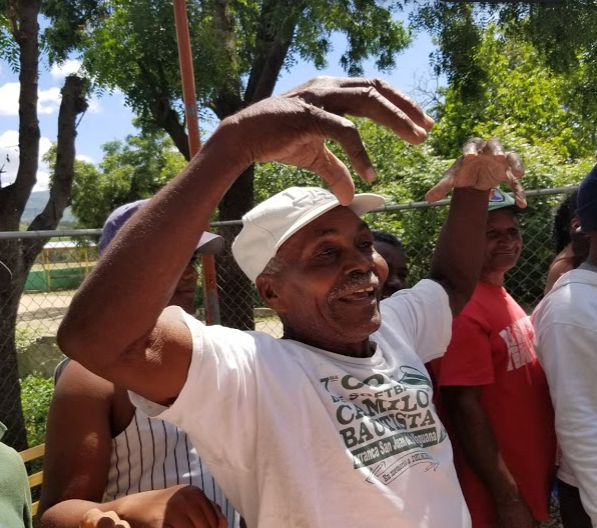 When it came to actually saying our goodbyes, our whole group along with the community circled up in the newly renovated play ground to do an activity we call “big love”. We used this time to openly give thanks to anyone in the community that we felt deserved it. I felt like it gave me the opportunity to let the community understand how grateful I was for them sharing their stories, experiences, and kindness with us despite there being a large language barrier. After big love, we all had a short amount of time to give personal farewells to the community members. I made sure to seek out Pupoi first, and as he hugged me, he told me something in Spanish that even though I couldn’t understand, I could tell he wanted nothing but the best for me. I found out later that he said god will watch over me and he hoped I have a great life which made the whole experience more touching and meaningful. As we were driving down the dirt road back to the accommodations, I already wanted to go back to their smiling faces and unconditional love for each one of us. 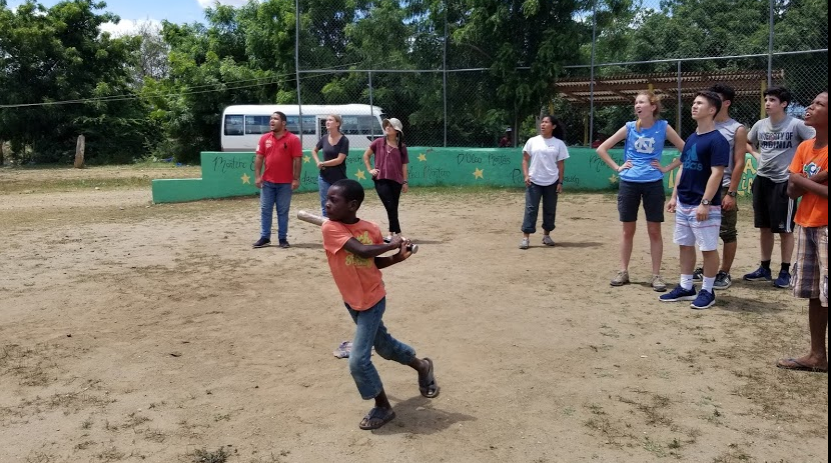 The second hardest part of the day was leaving our English tutoring classes. For the advanced adult class that I taught, bad weather, a holiday, and tough work hours for some of our students,  meant that we rarely had a full room, but that didn’t stop me from forming some pretty tight bonds with the students. One student in particular, named Ariel, was the only person who showed up to the class on time every day that he came. On the first day, he sat down at his desk beaming at us and said he was incredibly excited to learn English. That first day, his determination and gratitude gave me a deep, warm feeling that I have never before experienced. Then this week, there was one day where it was just him in the class, and I got to know him personally. At the end of that class, he addressed me and the other two teachers and told us that it meant the world to him that we were spending the time to give him something that he really needed. His made me feel so valued and appreciated that I wanted nothing more than to give him a hug which I regret not doing. It was even worse when today on our last day of teaching, he didn’t show up. I’m positive he had a shift at the hospital or was taking care of his baby son, but I really just wanted to have a proper goodbye with him. I felt as though we had made bond over the past week and a half that I wanted to express, although I couldn’t which gave me a pretty sunken feeling. 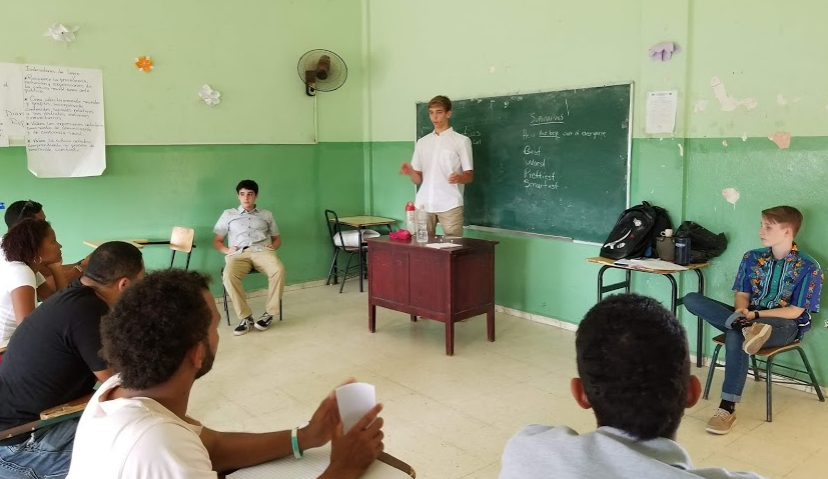 Our last day of teaching

Despite the sadness of leaving people we cared about today, I think the sadness is what gave it all meaning. In the community of Suárez, if we hadn’t have made those tight bonds, none of it would have felt as genuine or personal, and we wouldn’t have felt the same sadness at the end. I think the same goes for English tutoring where if I hadn’t have bonded with my students, none of the teaching would have felt as personal or passionate, and I wouldn’t have been so upset about not having made proper goodbyes. So I think that instead of our sorrow just being sorrow, it is more of an indicator of how well we got to know the people we’ve spent time with and how our connections went deeper than just the surface.