Today was the first day of the Community Action Project at La Casa De La Mujer where as a team, we decided to get our hands dirty and paint all the doors, stair walls, railings, pillars, garden, and the psychology room in their facility. Not only did we paint, but we also designed a Mural of a Woman holding her newborn and designed a huge beautiful lotus flower. Although it seems as if the first day of the project went smoothly, the day actually began with a huge bump on the road.

As El Lider Del Dia, my day began at six in the morning. I woke up and quickly got dressed in order to wake up the rest of the team. By seven o’clock, we were all ready to walk towards Cafe Del Tren for breakfast while we carried all the materials that we needed for the project since we were getting picked up from breakfast to go to La Casa De La Mujer in order to get started with our Community Action Project as soon as possible.

As we arrive to the facility and the whole team organizes the materials, our bus driver Juanito realizes that the paints we bought the day before, were the wrong types of paint. This meant that we were not able to do the project. Or at least it meant that we did not know when we were going to start.

That is when we it hit the bump on the road. Since I was El Lider, I had to step up and take charge of the situation although I was also calm about the whole thing. I had a conversation with Juanito about what would be the best solution and as soon as we figured it out, we immediately got moving. The team started off the project by sanding the railings and the pillars, while Juanito, Demaris (GG Leader), and I went on to return the paints we had bought and get the correct paints that we needed. An hour later we were finally able to acquire the right paints and make it back to La Casa De La Mujer. I felt so relieved once we crossed the entrance into the facility with the buckets of paint, but at the same time I was exited to see the groups faces once they saw that we were able to fix the mess with the paint.

Once we opened the paints and got the brushes ready, the whole team got to work right away and we even did more than the work we planned to do in the first half of the day. I was really proud to be the leader because everyone was full of energy and kept working throughout the whole day which was amazing when talking about the huge bump early in the morning. We made huge progress in only one day and I cant wait to see how much we get done tomorrow. If it wasn’t for the effort that every single person put into this project, none of the work that we did would have been possible. 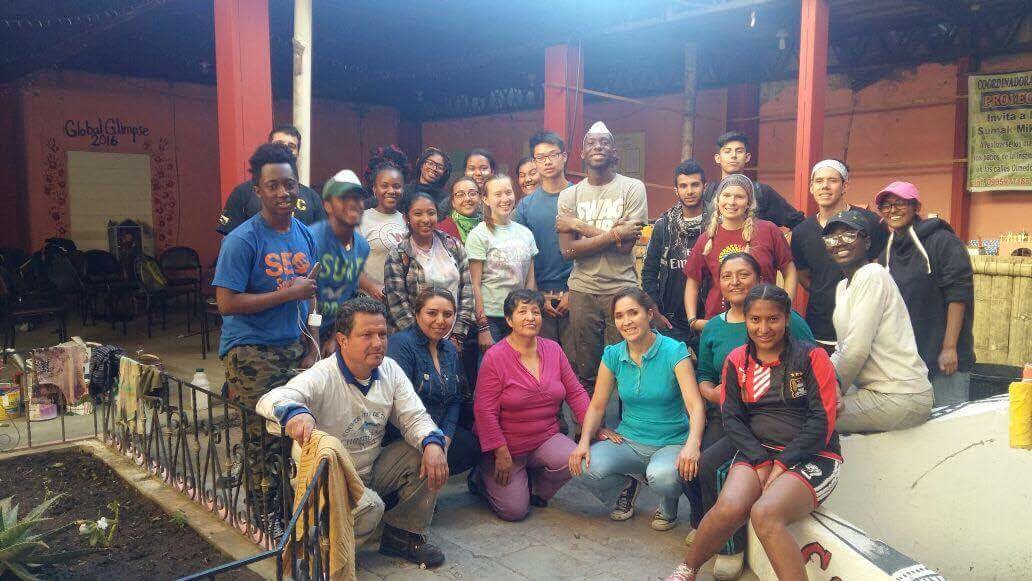