Hello friends and family!  Today we woke up at 6:00, & then we woke everyone else up at 6:15.  Everyone was pretty tired from yesterdays busy day & from running on about 5 hours of sleep, but we all managed to get ready and make it to breakfast on time. Before breakfast, we had to take head count and give a squirt of hand sanitizer to everyone. With tired eyes and yawns in the air, we all surrounded the table at 7:15 for breakfast. After eating our pancakes and eggs, we quickly applied sunscreen THEN bug-spray before leaving our Hostal for ADIC, an organization where students learn about music and art through play. Other than supporting children, ADIC educates women on how to defend themselves against sexual assault and works to protect the environment. At ADIC, we taught the children how to play the piano and danced with them. We also played several games, including “El Gato y El Raton” which all the children and Glimpsers enjoyed. Back at the Hostal, we had a living like a local seminar where we prepared for our living like a local day on Saturday. For lunch at 12:00 we ate beef with a side of rice and potatoes. We also had beet juice, which several glimpsers said tasted like the “earth”.  After that, we had a human rights seminar taught by Silvan (he’s the best), where we auctioned off human rights, emphasizing the inequality faced by low income families. Later, we had our second CAP meeting, where we separated into groups to prepare for our CAP project. After planning the CAP project, we began to plan our lesson for English tutoring. At 4:45 we had chicken pasta before heading off to tutor at 5:45. We arrived home at 8:00 from tutoring and had our nightly meeting, where we discussed Education and the differences between Education in Matagalpa and the United States. Before going to bed at 11:00, Glimpsers played “Exploding Kittens” and “Uno”, while enjoying a snack of Nutella with toast. 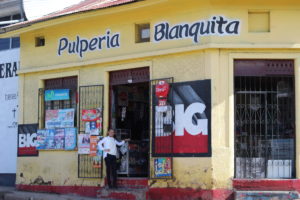 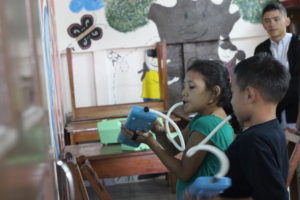 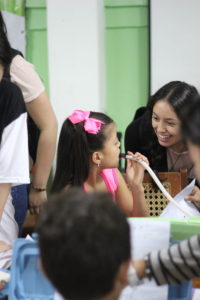 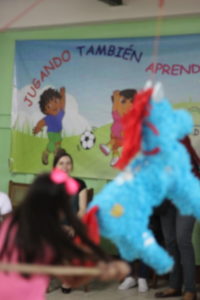 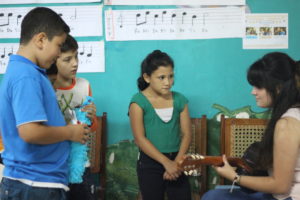 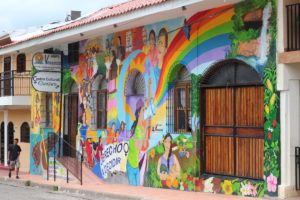