Today was the last day of our CAP project, and after two hot and sweaty days of work, we finished four murals, two benches, one table, one bookshelf, and several game boards. When we saw kids from the community come in to take a look, their faces lit up with excitement, and that was when we all realized what these past three days were for.

We had a little party to celebrate the completion of the project, and there was even a piñata. The community had prepared a little talent show as a thank you for us, and they showed off singing, music, and dancing skills. That wasn’t all; Luz Marina (the center leader) and the other mothers had another surprise for us. We received handmade cards, bracelets (which were also handmade), and works of art that were specially chosen to represent each of our personalities.

After a few more thank you’s and closing words, we broke out the piñata, busted some moves, and just had a lot of fun. We used the leftover money from our CAP project to buy school supplies and soccer balls, which we then donated to the center and to the kids. It was a nice way to say good bye to Centro Juan Pablo II. 🙂 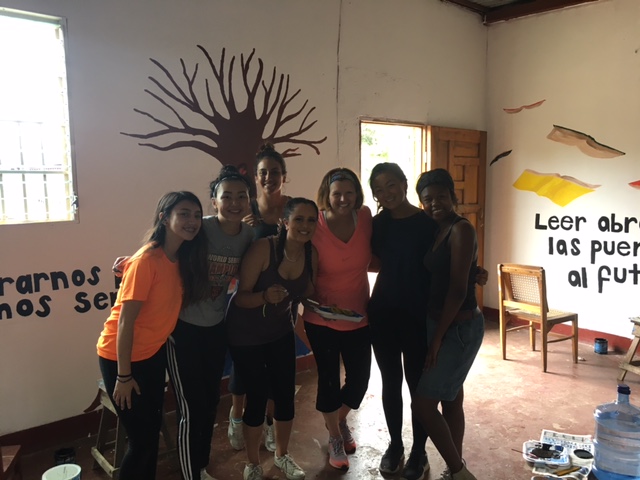 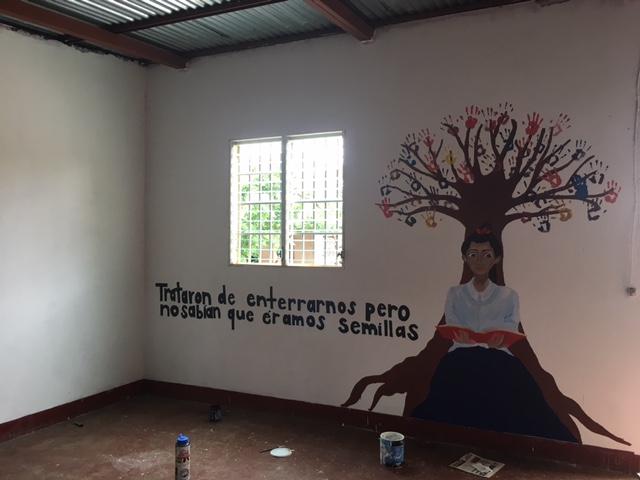 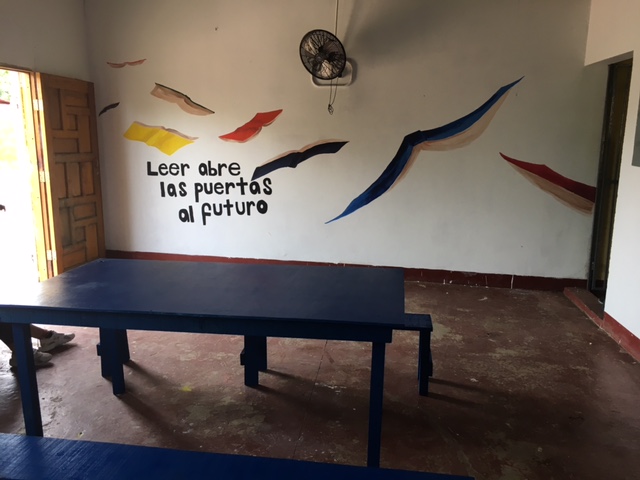 Library mural #2 plus table and benches made by Global Glimpse 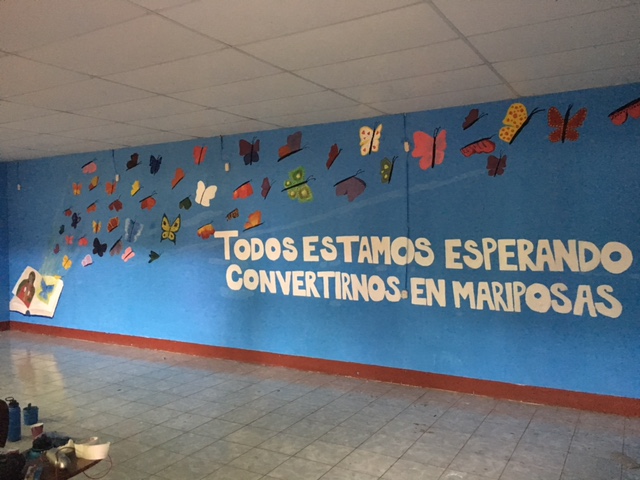 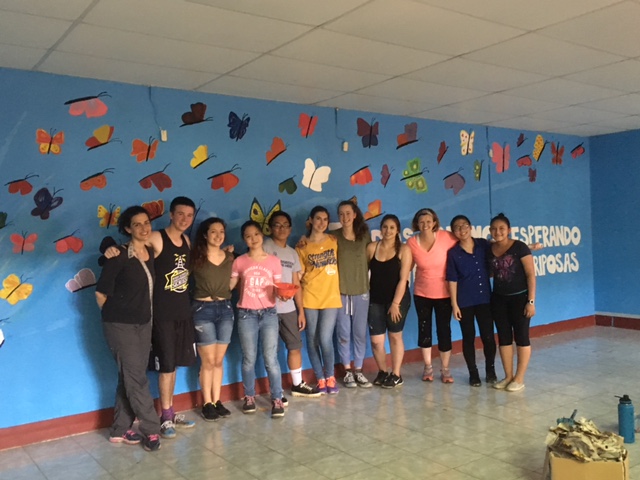 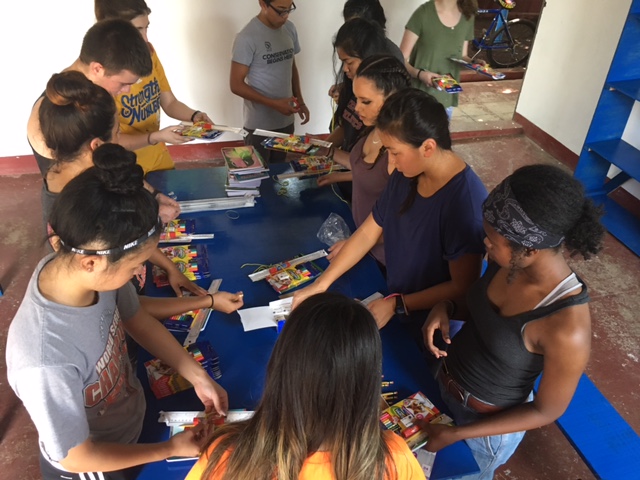 Putting together school packets for students 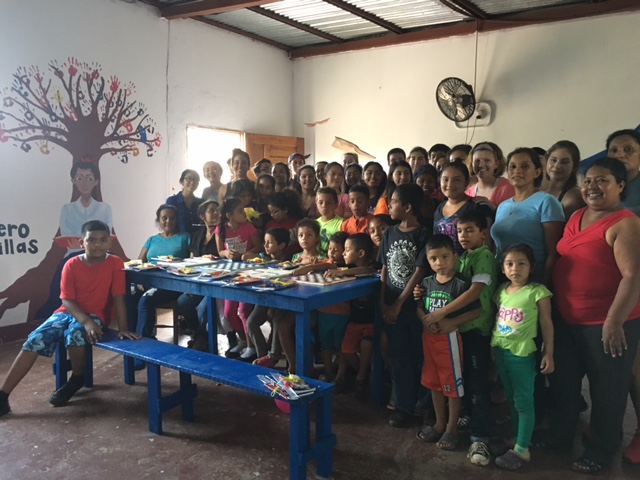 GGs with mothers and children of Juan Pablo II