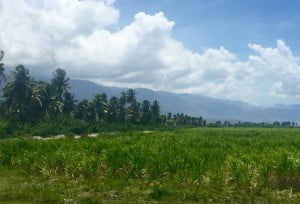 Hello our future and present Glimpsers, our names are De’zha and Bianca and we were the leaders of the day for global business. 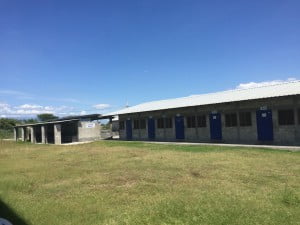 Today we went to the Sugar Cane factory called The Consorcio en Barahona,  Unfortunately we were not able to see the actual Bateys due to some violence that  was reported an hour and 30 mins before we arrived, but we were able to take a tour around the sugar plantations and see how Haitians who were brought to the Republica Dominicano ( the Dominican Republic ) lived and worked. 420 Haitian men are brought across the border for 6 months from November to May to cut sugar canes and to make a living for their families. During the guest speaker and the tour of the plantations and factory, Carlos, our guest speaker told us that the Haitians get prizes when they do certain things but that doesn’t make up for the fact that they are being taken and exploited for hard manual labor. We learned that 70% of the factory work is done by machines and 30% is done manually. Haitians have to live in a gated area with 420 people and share rooms with 10. Imagine living in a blocked space with ten men that you don’t know, waking up at 6am and working till 7pm without breaks, and not getting to see your family. Now imagine not getting enough money to live comfortably in your own country. These people are getting exploited daily right under our noses and aren’t able to revolt because of the consequences they face. 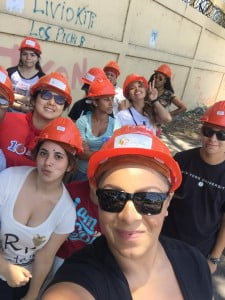 We also learned that they only employ men and employ women to plant the seeds. Dominican men don’t want to do the job because they think it’s “beneath them”. At around 1:45pm, a man by the name Raphael came on to our bus to give us a “speech”. He said that we should keep eating sugar and drinking soda. Now think about this. Thousands of Dominicans and Haitians are treated inhumanly for the benefits of a sugar high.

Once we arrived back to the hostel we had a debrief about what we saw and the implications of their actions with Urbe and Carina. We expressed our feelings to them and were welcomed with open minds. We also were told about Batey 6 the one that we didn’t get to see because of the incident. We were told that it was the worst one and told about past delegations and their experiences. We learned that the word Batey comes from the indigenous people of the Dominican Republic and it was a place where commercial interchange was done. We hope you understand and appreciate all the great privileges you have in the USA. And see you soon. Adíos.