This was also our “unity clap” word to close the day. It was incredible how fun history can be and how connected our pasts are. We kicked off the day with a very Dominican breakfast that our students were new to the main ingredient which was “Guineitos”. This is the ripe banana everyone is used to but green and boiled. The taste surprised our students but they all agreed it was an interesting flavor and they actually had seconds, so it means they liked it. YAY! After breakfast a seminar about Culture and Safety Orientation took place and they all got to play a Jeopardy game where they got to learn about some cultural norms of the Dominican Republic. Lunch time came by before we even noticed it and again food was a little different from what they are all used to but still great. Some much needed quiet time happened early in the afternoon and right before we went on our city tour some of our Youth Ambassadors showed up and we all enjoyed a nice energizer call “I like the way you move” so we could get to know each other’s names.

We started to walk towards our first stop of the tour which was the Cathedral of San Juan in parque Sánchez. We were all amazed by the paintings in the ceilings and the whole renovations of this place. 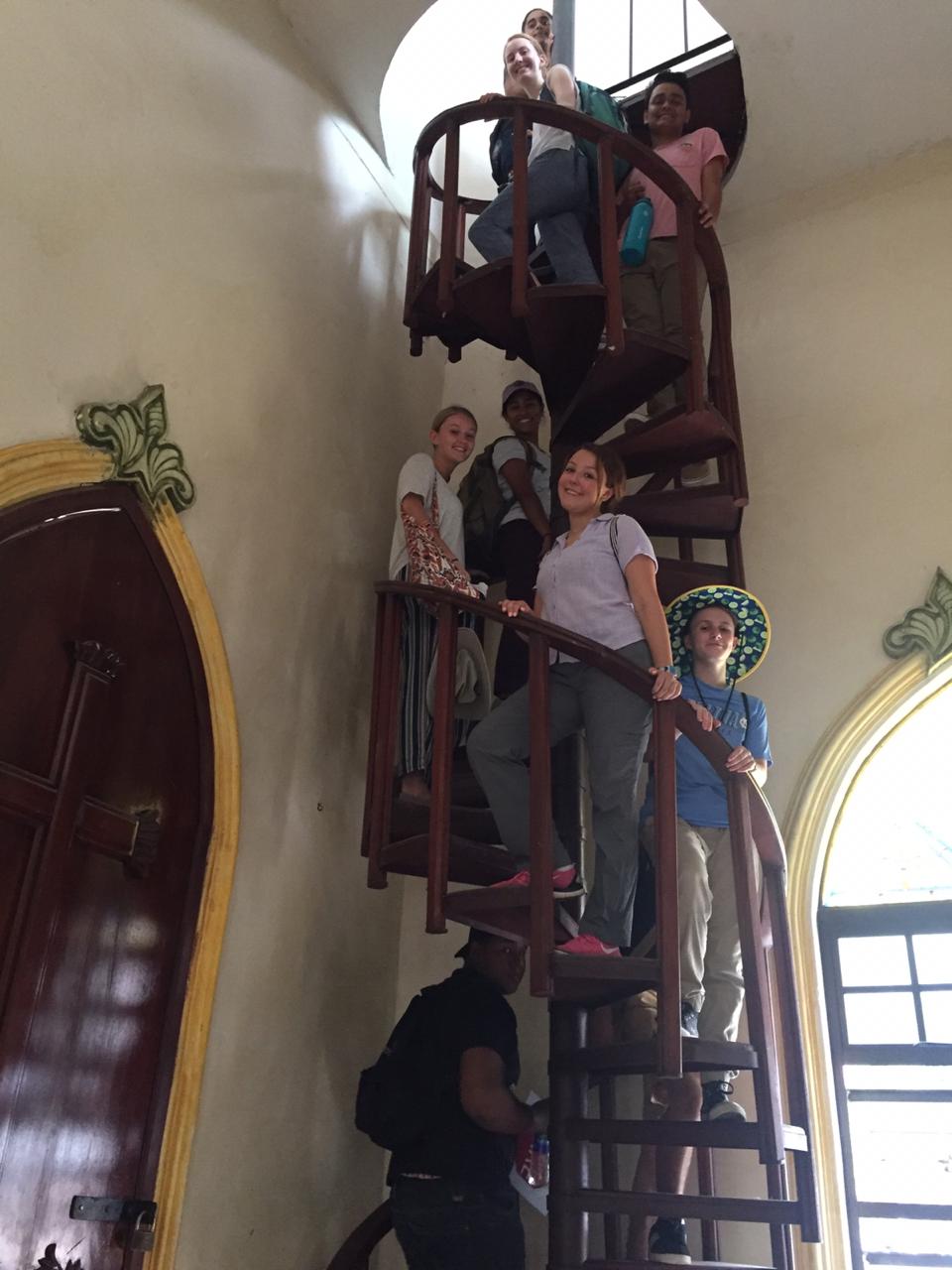 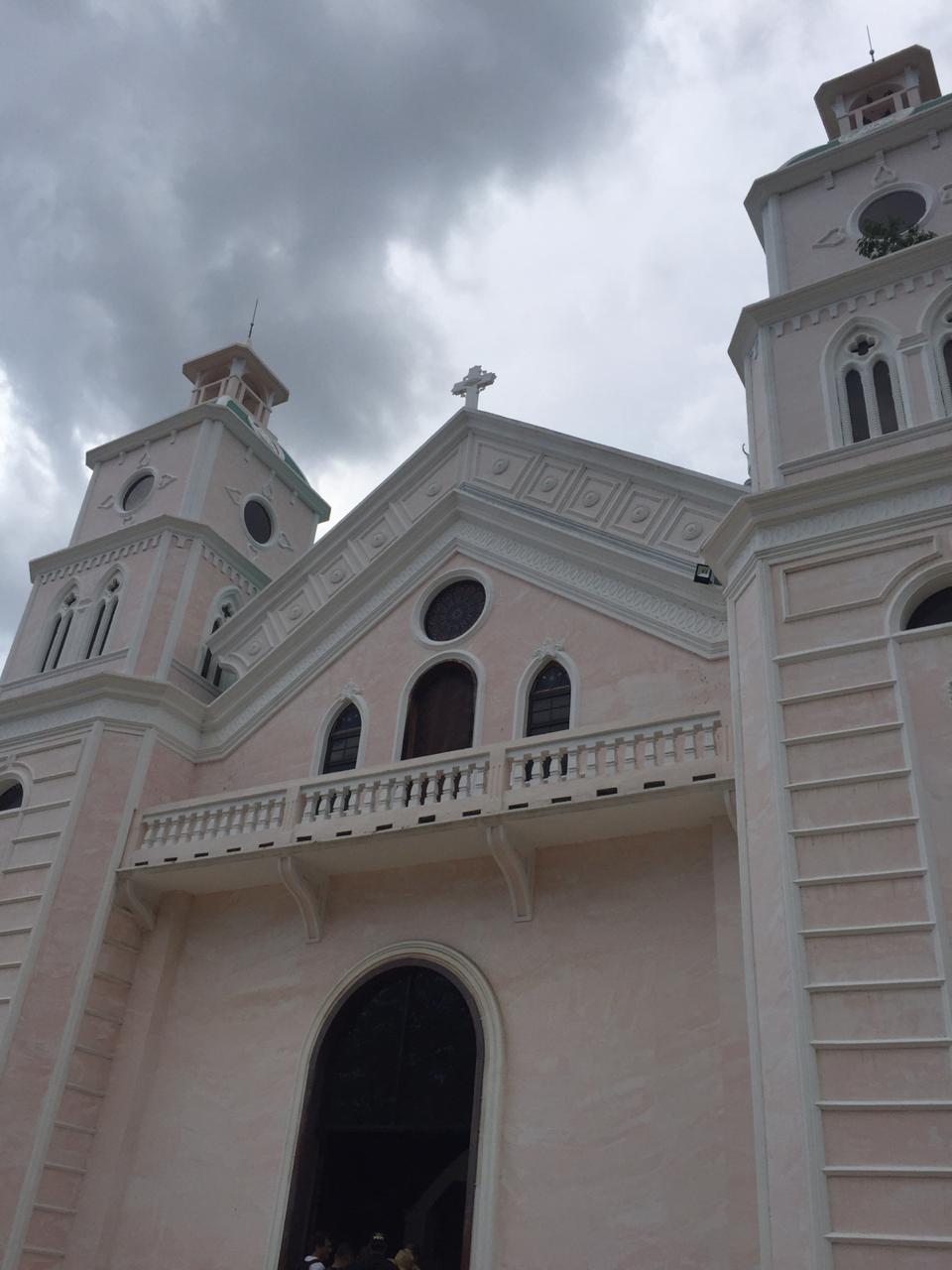 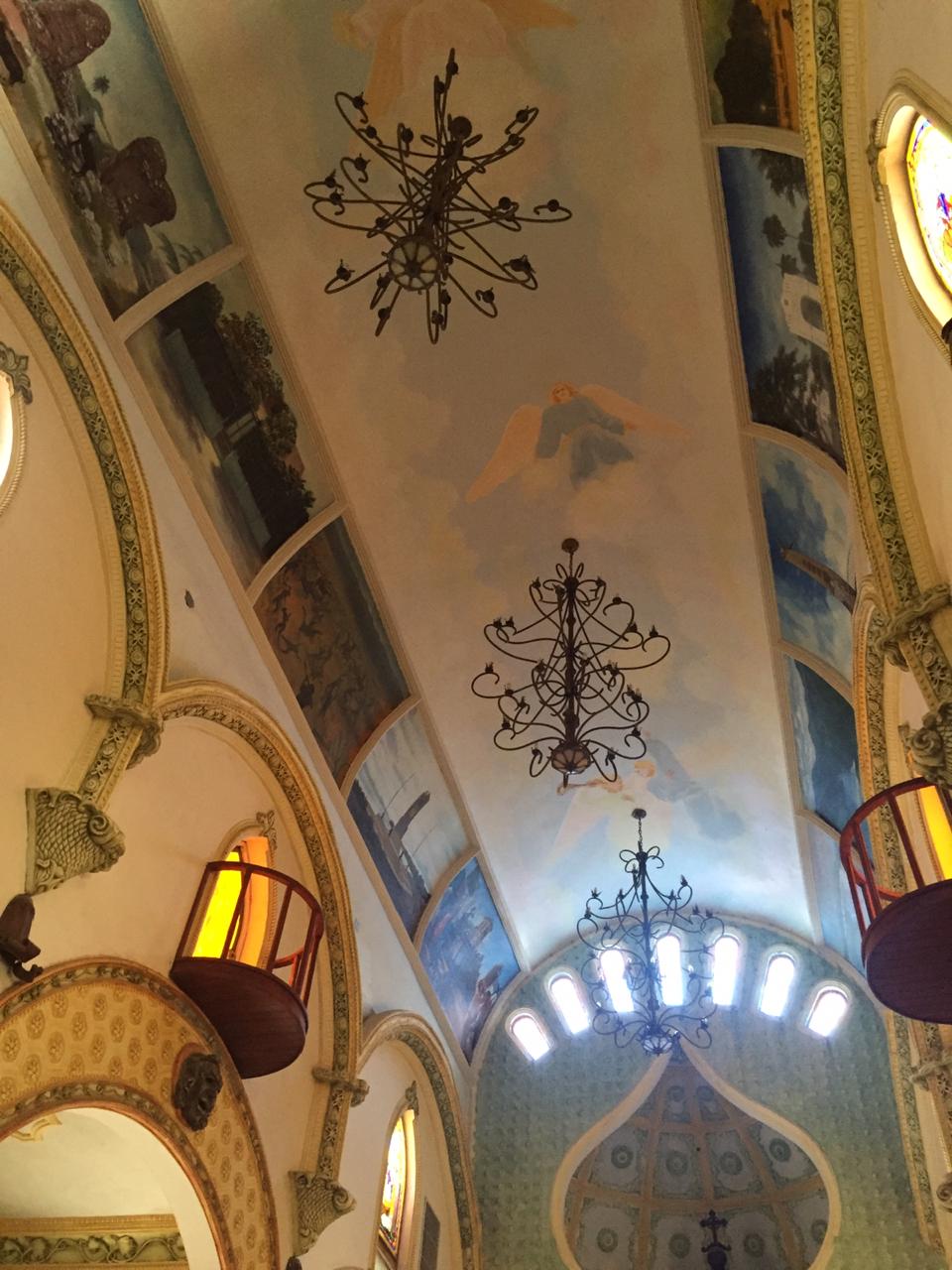 We then traveled to Georgette’s house (which owns the oldest house in San Juan and has never been renovated) so it keeps a lot of antiques and this lady is one to treasure. 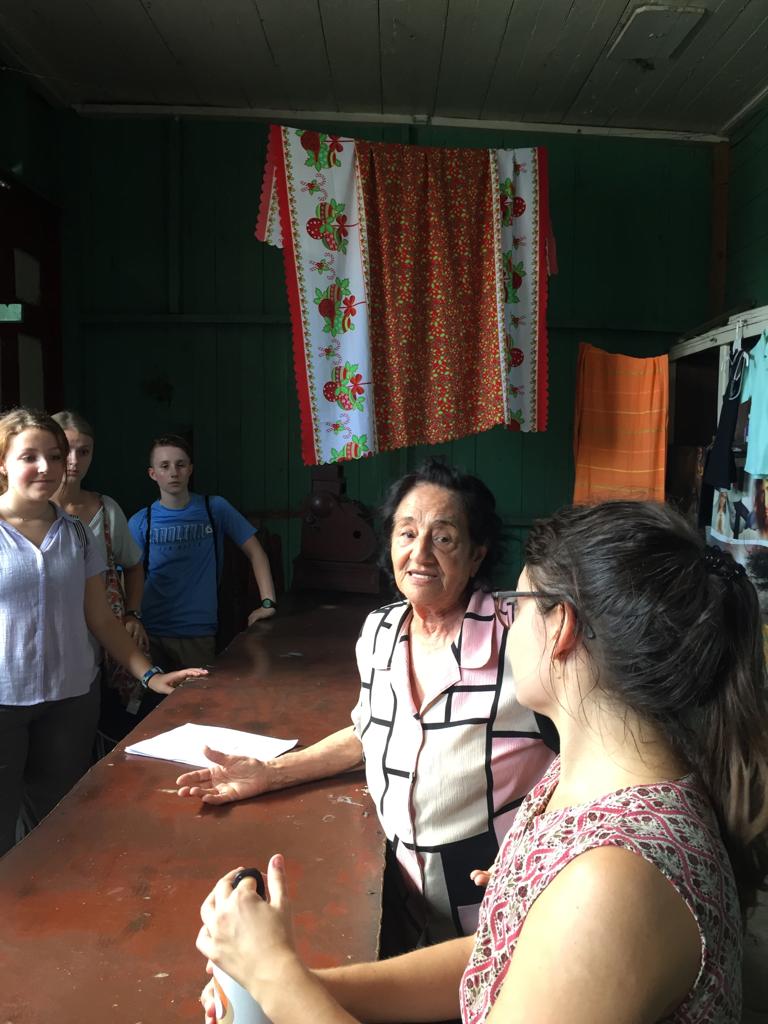 We moved to the City Hall where we could appreciate some paintings on the sides of each wall and had Gerardo Aquino (who is such an interesting guy, he says he is a historian, a clown, a nurse, etc, etc, etc…) talk about the story behind these walls and provided a lot of interesting information about San Juan history in general. 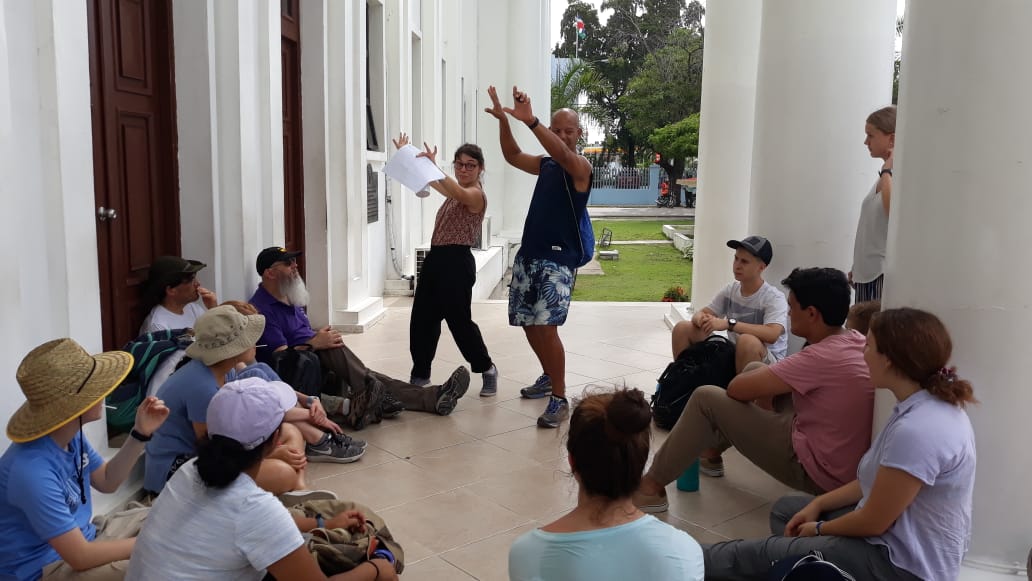 Moving forward, we visited the Orlando Martínez Plaza (named after a news reporter originally from a town nearby who was killed under Joaquin Balaguer government because he protested the system and wanted to speak up). Two stops more were made, one at the state college call UASD which is one of the first universities of the Western Hemisphere (Americas) and were able to learn more about the education system in the DR as well as some of our Ambassador’s own stories and experiences (a lot of them are pursuing their college careers there) and had a lot to share. We finished up our tour at Caonabo Plaza where the awesome Melina gave details on the story behind the statue of this great “Cacique” known for being rebellious and was the head of the Tainos who lived in the area. A moment I will always treasure is after we shared paletas and had a moment to sit and cool of (because IT WAS HOT!) our lovely Ambassadors gave every Glimpser and both GG leaders a bracelet with the colors of the Dominican flag. It was a very intense day but all students and leadership team had a great time and we are excited for our dancing classes tomorrow. Hasta Mañana! 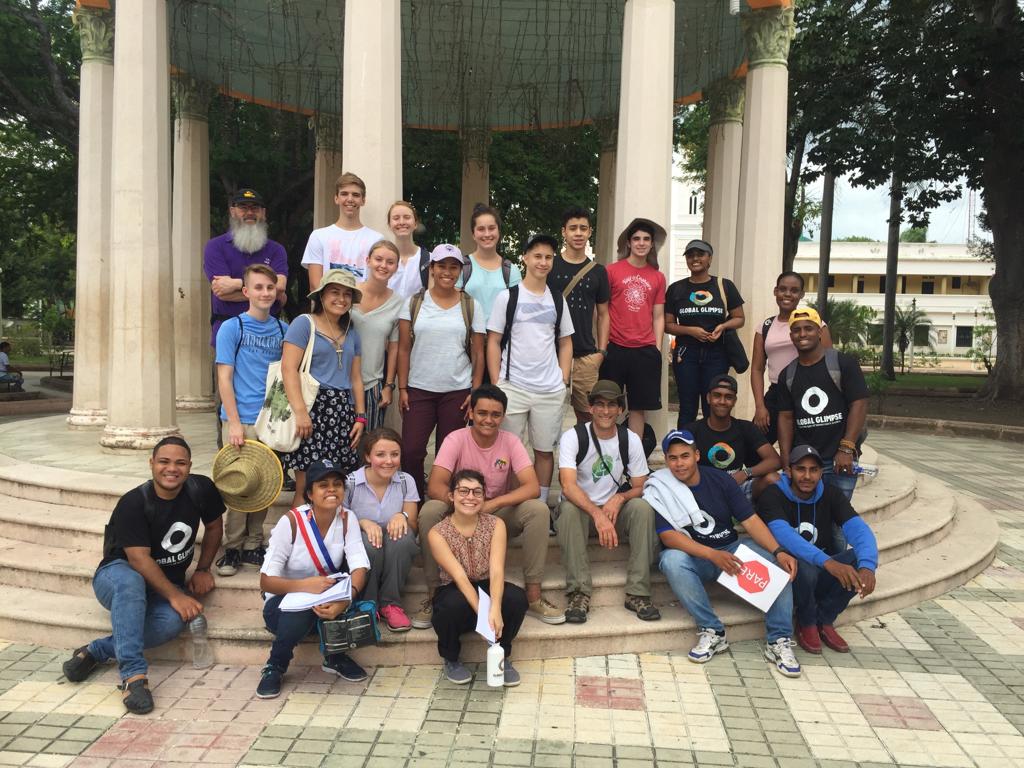 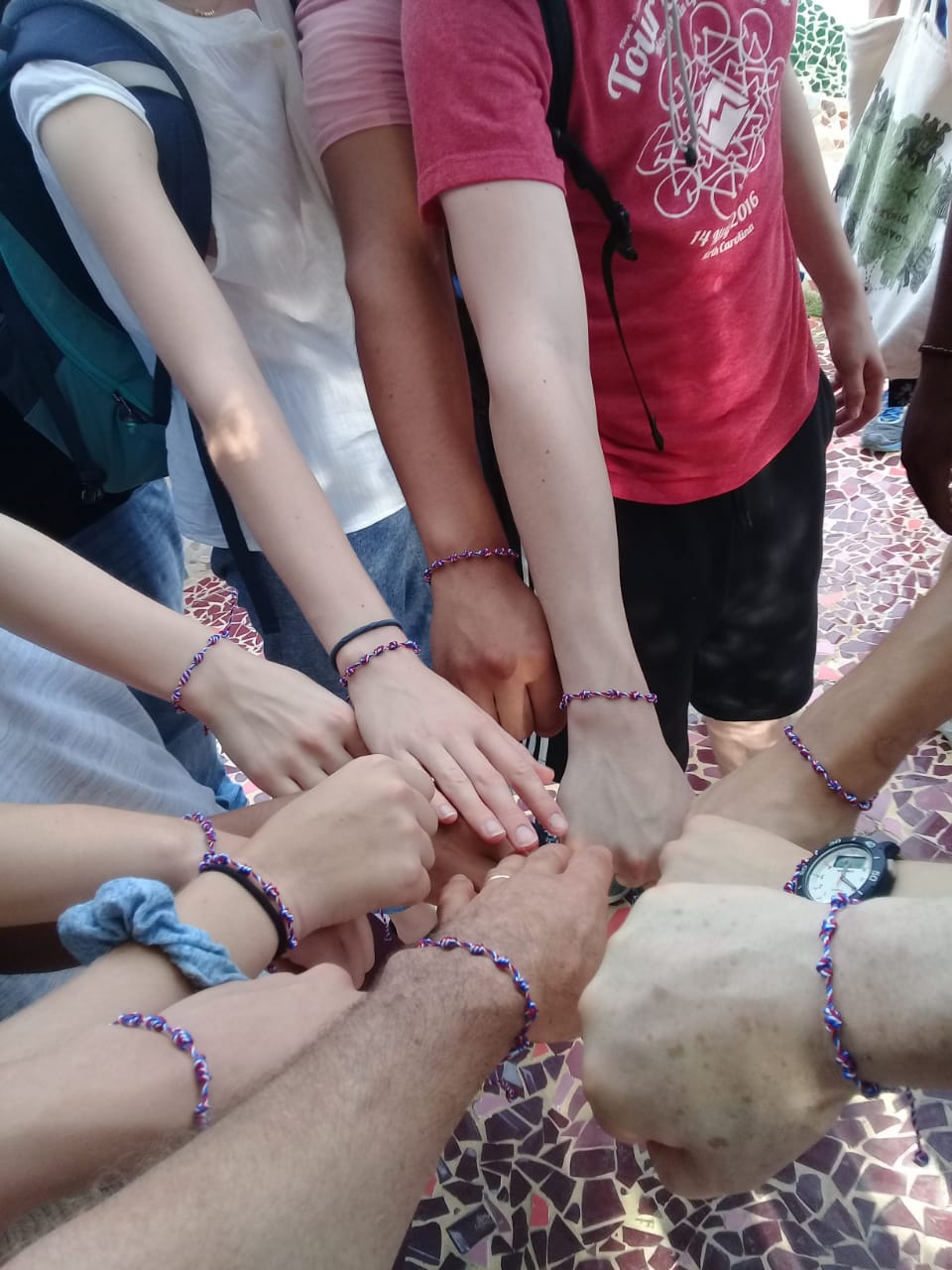