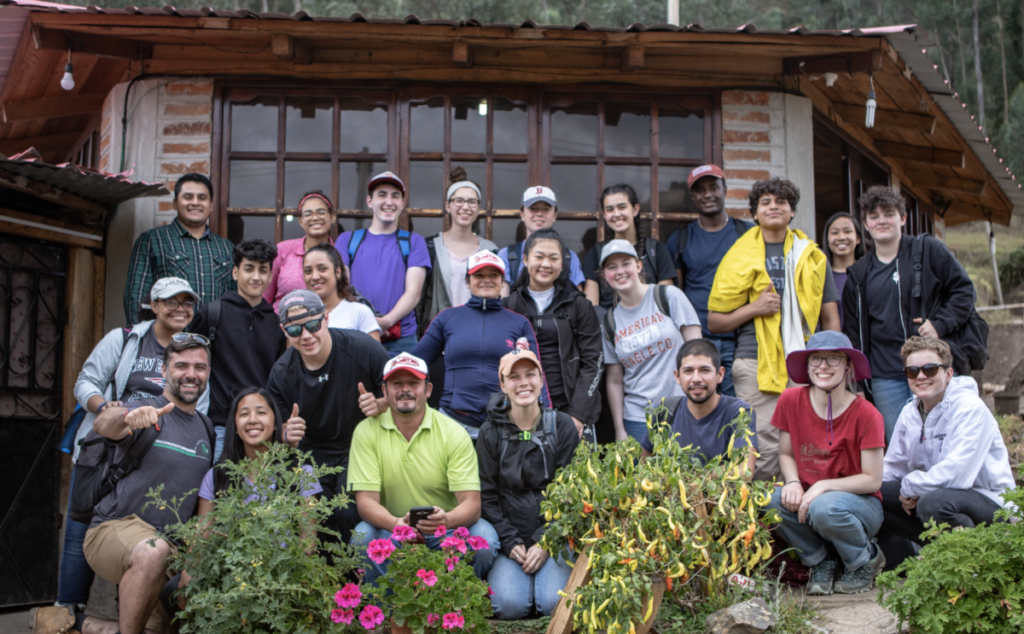 Do we really have to move that? Never in a million years did we think we would have to deal with a such a wide variety of animal poop (or, to put it more politely, fertilizer) in one day. 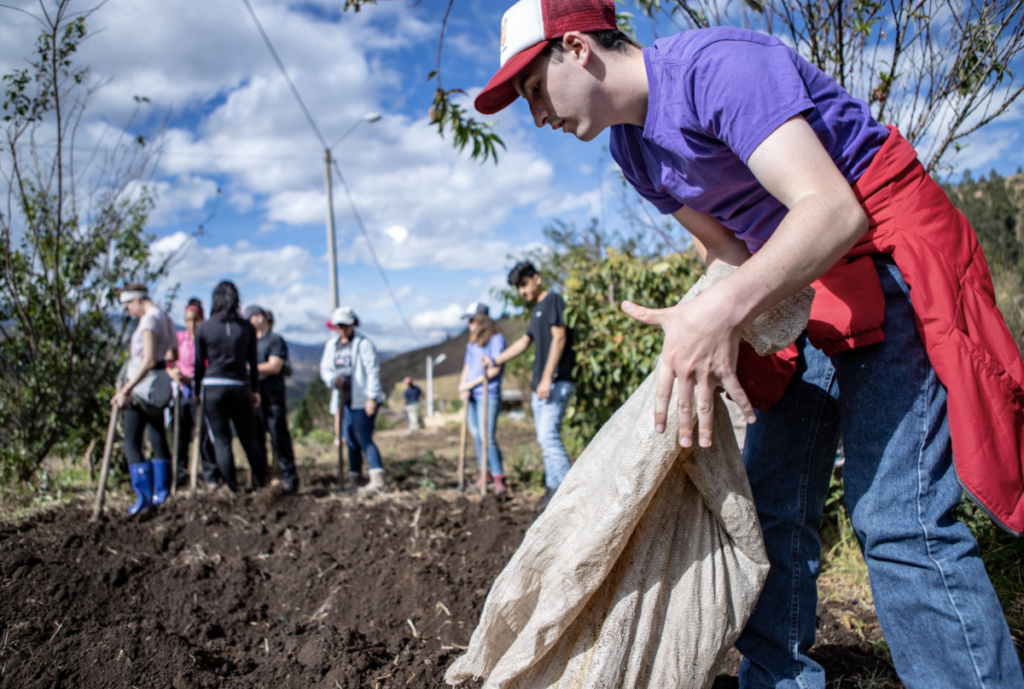 Early mornings equal long days. A 6:30 AM wake up call led to a delightful breakfast at La Estancia. Shortly after, we went on a short bus ride to La Tarabita, a self run family farm just outside of town. Compared to where we are staying in Guaranda – which is a very big city full of bright colors and lots of people – the outskirts are typically huge spaces between everyone’s property. The farm we went to is in a more rural area, which tend to be the less wealthy parts of the country. It was really interesting to see the world in a whole new perspective. We helped plant new crops such as cabbages, onions, and chives. Before we could do that, we had to get the planting area’s ready. As a team we tilled the land, weeded around the plants that were previously planted, and fertilized the ground with manure. After we completed those jobs, we moved onto planting them into the fertilized soil.  We also had lunch there, where some of our group members tried Cuy (guinea pig). 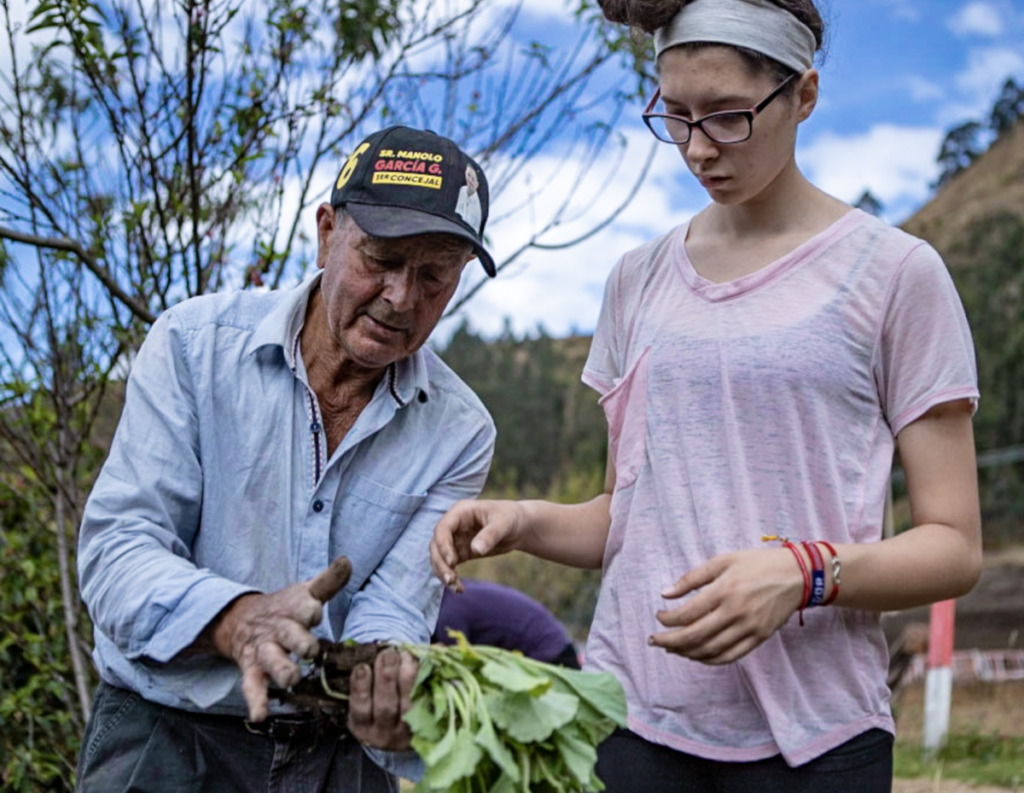 We came back to the hotel, and prepared for our Community Action Project (CAP) proposal. We presented members of FAE school faculty and staff, and are very happy to say that they liked all of our ideas! They didn’t want to change any of it. That news was very exciting to us all. Later we went to dinner at La Estancia, and after reunited in the common room for our daily nightly meeting.

Today we learned that some people have to work harder than others depending on socio-economic circumstances and geographic location. You may not realize that some people, whether in your country or not, have a harder time to work for their money. Some things that may seem easy to you really aren’t; you must try to do it yourself.