Today, June 18, 2019 we woke up early in the morning specifically at 6:30. We then woke up everyone else and assured to let them know about all of the rules and information about the quinoa factory in COPROBICH that we visited today. Once we did arrive to the factory we were introduced to all of the indigenous people that are in charge of the factory. Firstly, we were brought into a small room where one of the directors began to speak about all of the details, information, and facts about quinoa. They talked in depth about each process and it differed between different countries. It was extremely interesting to be able to hear about the production, the distribution for it to later it to later on be sold. One fascinating point that was brought up during the presentation was that the quinoa plant was all different colors, but in the end, once peeled and processed through various procedures in the factory, the quinoa was all white. All of you can view this in the portraits down below of Dani and myself. Dani and I also were very excited and pleased to have had the opportunity to translate all of what was presented relating to the background information of quinoa. One of the multiple aspects that were mentioned about the quinoa was that it is extremely fulfilling and can potentially replace a meal that consists of any kind of meat. Additionally, women use quinoa as part of their beauty routine, as it is used in lotions and scrubs, as well as shampoos. After the forty minute presentation, we were divided in two groups, where one group was given a tour of the factory while the other group was given a tour of the plants and got to see where they were grown. We then switched so every students could see all parts of the facility.

Upon our return to Riobamba, we ate at Nativa’s, where we had mushroom soup, chicken and rice and mashed potatoes, and our drink was tomate de arbol juice. For dessert, we had espumilla de guayaba. After we all had our meal, we came back to the hotel and met up in the cafeteria. We were told to begin writing the rough drafts of our letters of appreciation. We had an hour to write about all our experiences and ideas. After that hour of writing, we had the choice to prepare and get ready and finish up our tutoring sessions or to have free time if we were already prepared. Once the end of that time, we all met up down in the lobby to go get dinner. For dinner we had a burger and fries because Cesar considered our suggestion list where one of us requested burgers. For dessert banana cake and our drink was oatmeal juice.

After everyone ate, we made our way to the bus and headed back to our second day of English tutoring. This time, all of us felt very accomplished and proud of preparation and teaching skills. The students were engaged and very cooperative. They were also intrigued and asked a lot of questions. We feel like tomorrow will be even better and we’re going to continue to learn from our mistakes and make each day a better day and improve every student’s English speaking ability. Our end goal is to hopefully have them say a paragraph comfortably and confidently.

On our way back to the hotel, we were all super excited and we felt we had some good bonding time because we were listening to music that everyone sang along to. When we got back to the hotel, we met up in the cafeteria for a meeting. Danni and I had a chance to go over our question of the day and a run-down of today’s events. We facilitated a reflection about local businesses and organizations and how important it is for people to buy from local markets and shops. We also did our talents, which included a one-handed cartwheel from Danni and and handstand from Aislinn. It was then time for us to pass the torch to the new upcoming Liders of the Day. Today is going to be memorable because of the way everyone supported and helped each other. Day by day, we are becoming more like a big family. 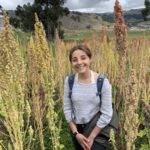 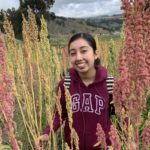 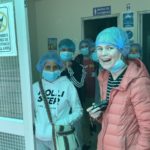 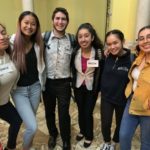 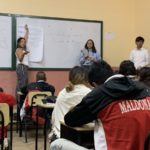 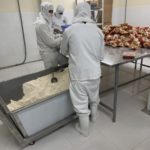