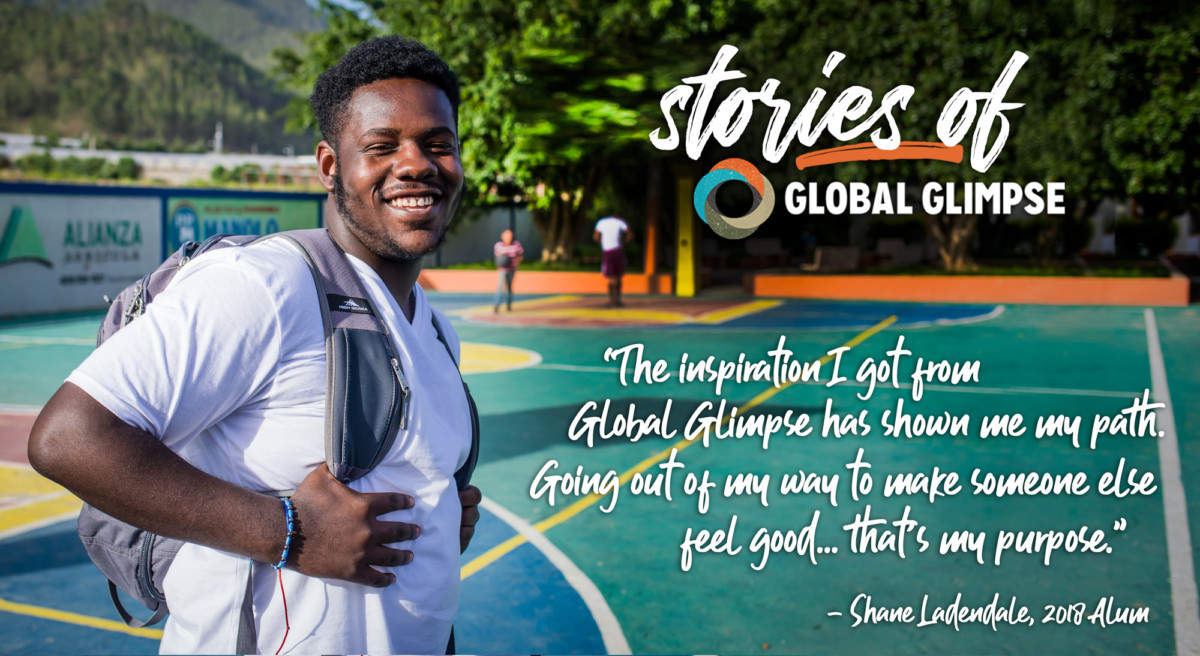 Growing up in the Bronx, Shane Ladendale has always carried an infectious, positive outlook on life. He travels over 30 minutes on the subway to get to his high school, likes to play football, and finds joy immersing himself with the people around him.

“At school, I’m supposedly the guy that everyone gets inspired by and wants to talk to… I’m like Motivational Speaker Shane. They call me ‘McLovin’… and for me, McLovin is strictly positivity. That’s how I am, I’ve been like that since the moment I was born.”

This past summer, Shane received a once-in-a-lifetime opportunity to travel to Constanza, Dominican Republic (DR) with Global Glimpse. It was his first time traveling outside of North America and his first time in a developing country. His personality shined on the trip as he became the group’s “hype man” – leading sing-alongs on the bus, dancing bachata in the plaza, and stepping out of his comfort zone to build friendships with fellow Glimpsers and locals alike. 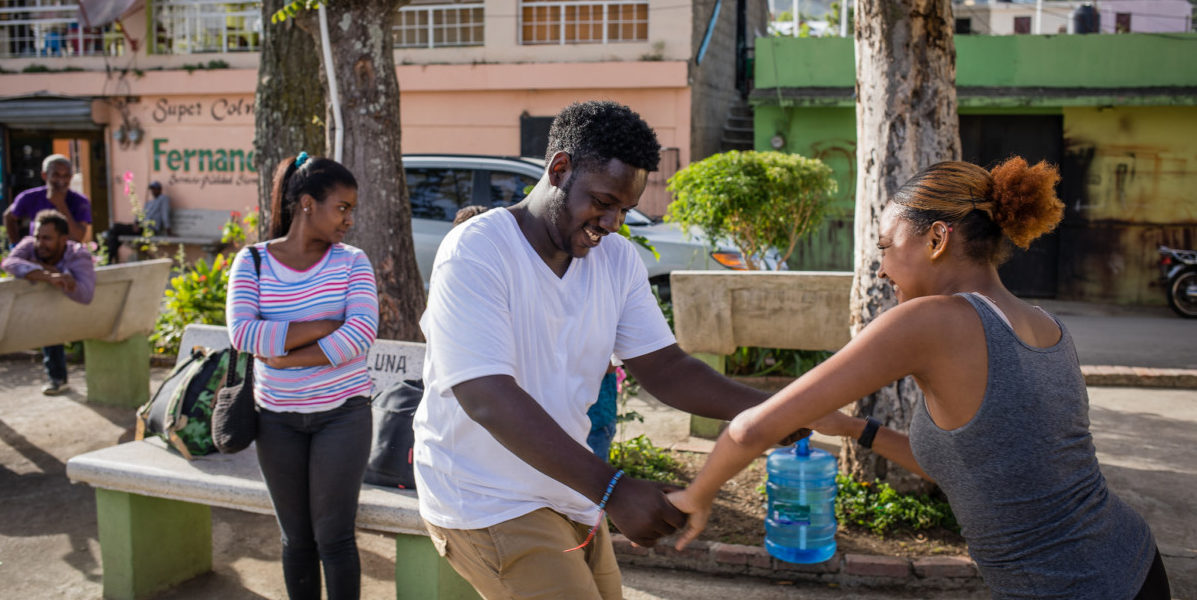 However, the most memorable moment for Shane was leading English Tutoring lessons, where he met Joel – an energetic young boy in his class who always got into trouble, teased Shane and his co-teachers, and refused to pay attention. This wasn’t anything new to Shane and he empathized with Joel’s situation.

“Being somebody that deals with kids like that in my neighborhood – kids who think that they have to do silly things to get attention –  I know how to deal with that. I had to put my foot down and show him that I’m not here to play around, I’m here to work with you and support you.”

Shane worked hard to connect and build trust with Joel. His focus and determination paid off, and within two weeks Joel was completing his class assignments and his English improved dramatically. As a leader, Shane found new energy and excitement through coaching and mentoring Joel.

“I would try to go out of my way and show him why it’s good to challenge yourself to learn English. And when he would understand something, it felt so fulfilling to me. Working with Joel showed me that there is so much you can do with hard work and positivity.” 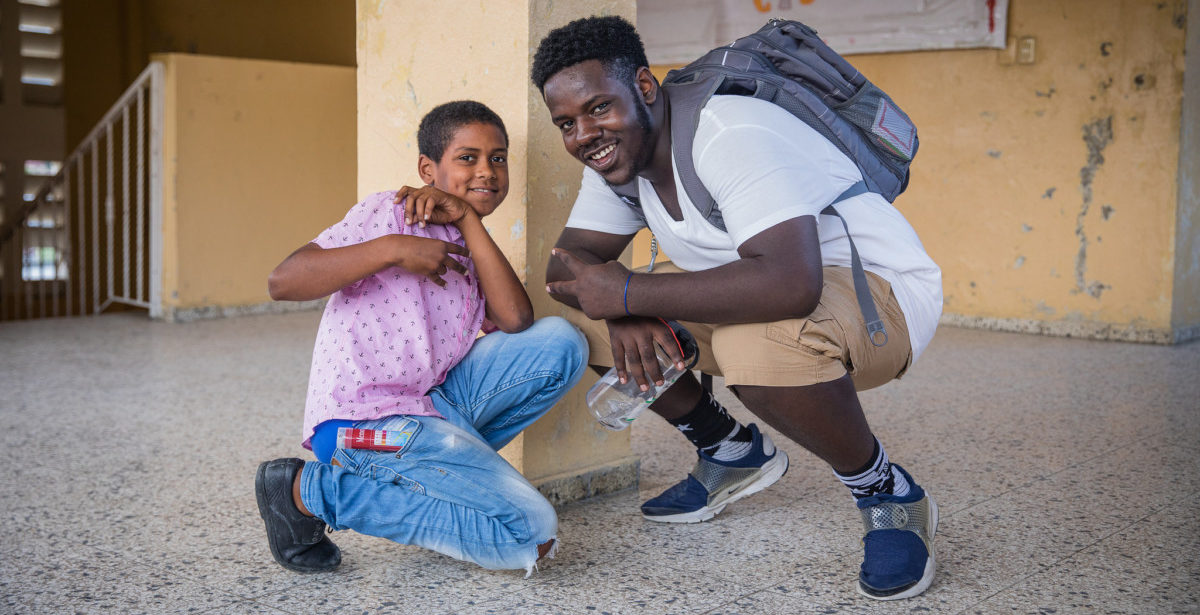 Shane’s relationship with Joel and the connections he formed with fellow Glimpsers and community members in Constanza have shaped his desire to give back to his community, while also doing something he loves. With his newfound perspective, Shane plans to go to college next year to study psychology so he can become a teacher or a counselor that mentors young people. Shane reflected,

“The inspiration I got from Global Glimpse has shown me my path. Going out of my way to make someone else feel good… I think that’s my purpose.”

Since 2008, Global Glimpse has provided over 7,000 students like Shane with the opportunity to build the empathy, agency, and global perspective needed to succeed in college and their careers.

Give the gift of travel and help us bring hundreds of stories like Shane’s to life in 2022!