Our trip to the indigenous community of Ecuador, Pucara Tambo, began with a 40 minute drive up a mountain. Traveling higher into the mountain, we were able to see more of the great mountains surrounding the city of Riobamba. Once we reached the peak of the mountain, the bus was guided by a path of white-painted rocks leading up to the gate of Pucara Tambo, a center that celebrates indigenous people and their culture.

We were greeted by Don Segundo, our tour guide who is a part of the community. He led us through the Door of the Sun, or the positive door, which you can only pass through at specific times. Houses were on the right side, each named by the ancestors who spoke Kichuwa, the dialect of Pucara Tambo. He then lead us to the Museum, a circular building adorned with four murals. We later learned that each picture representing the rotation of the harvest and their spirituality. Inside we saw the traditional clothing for men and women, agricultural tools, historical records, and cooking tools. He explained the details of every aspect, explaining in depth the purpose of each artifact. For example, The pin that held the women´s clothing which was wrapped around them, was also used as a form of defense. Certain colors on their clothes also represented their status (single or married). Most importantly, he explained how the preserved artifacts are proof of how hard they fought to keep their culture alive as well as their dignity in the face of racism and violence. 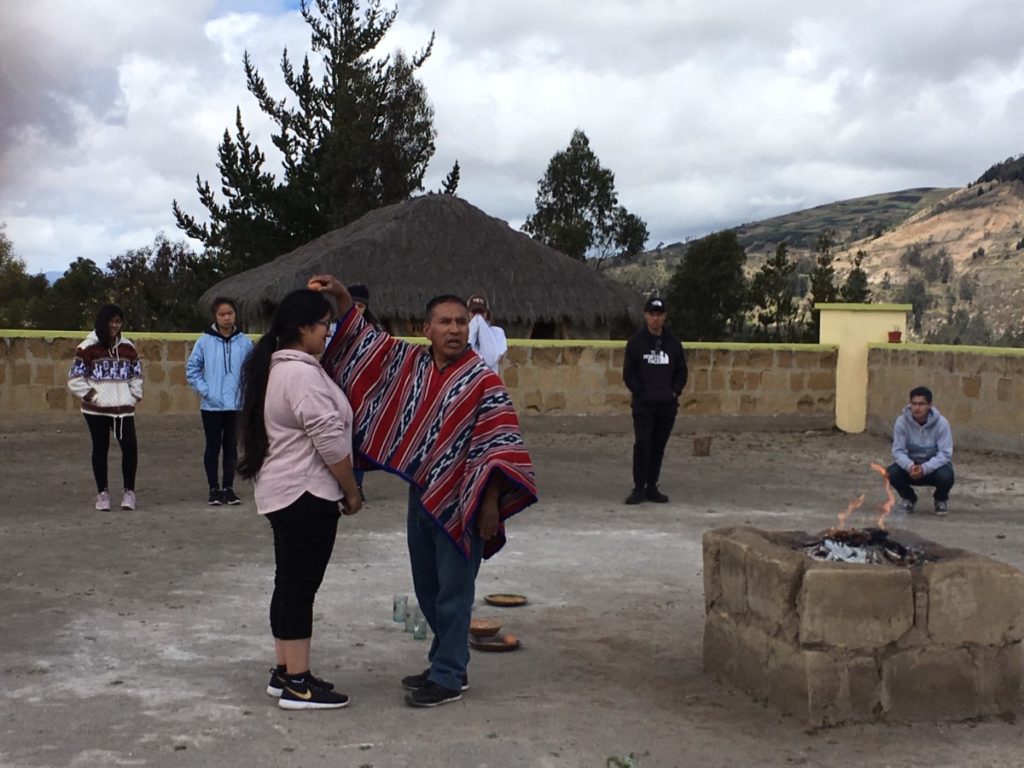 We were lead to the ceremonial area, and gather in a circle around a fire pit. There, some of us participated in a cleansing of bad energy ritual. It began with a blessing using an egg to extract all the bad energy out of the body. The egg was then cracked into a glass water and if the white part of egg floated, it represent the bad energy of the person. Then it was the cleansing of the body with the use of stinging nettle which was brushed against the arms and legs. The skin contact was important to make sure that the ritual was effective. 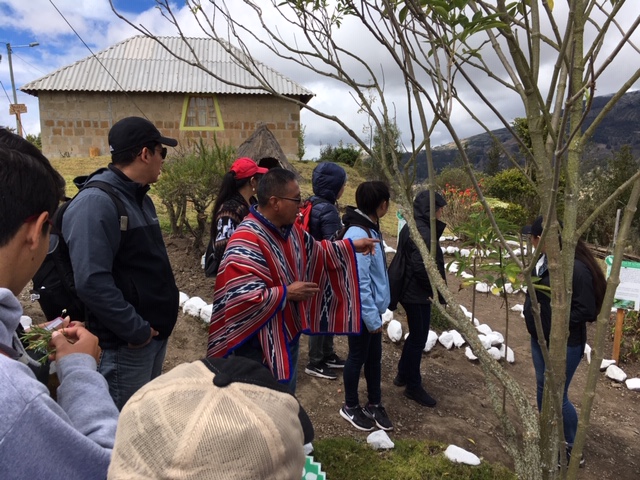 After the ritual, we were gifted with a lunch consisting of beans, potatoes, cheese, cheese cream, corn, salad, and cuy (guinea pig). While enjoying our lunch, we were also visited by llamas and an alpaca. After experiencing the tour, we learned how much pride the Puruha had in their history. We learned the importance of maintaining the traditions and customs of different cultures. It symbolizes the impact history has on people´s identities and how it still lives on and shapes their lives today. 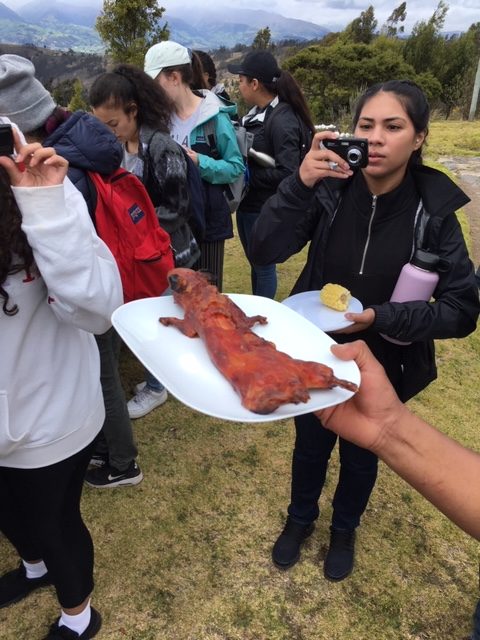 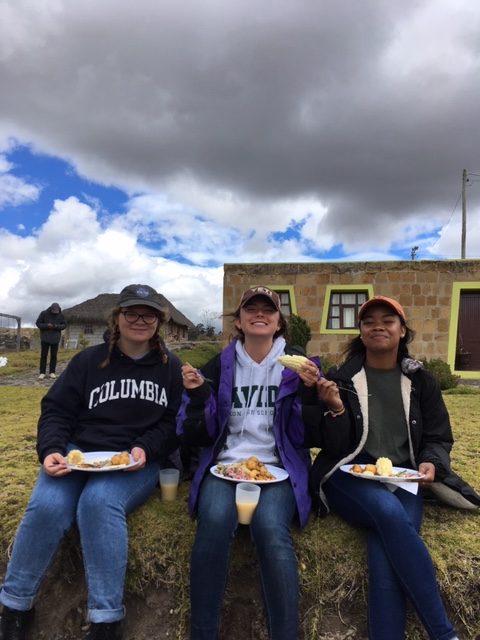 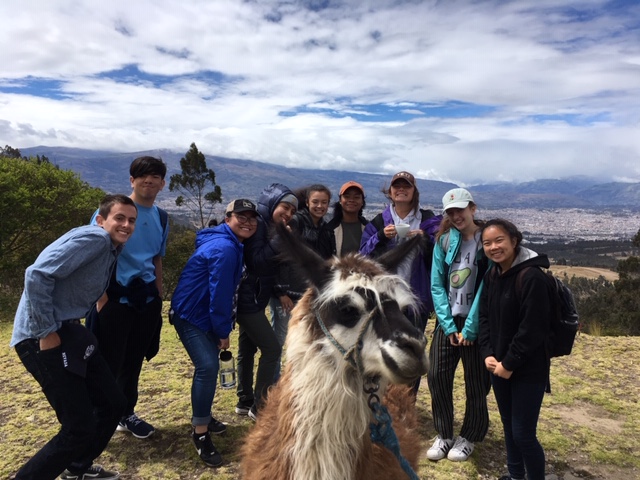 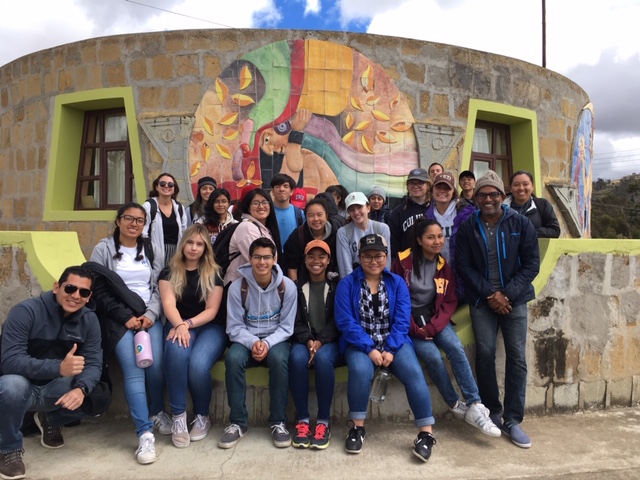 Later on in the day, we were able to participate in a dance class held by a Ecuadorian ballet folkloric group. They presented a series of different cultural dances and colorful outfits. They taught us step by step moves on how to dance along with them. Some of us were given pieces of their outfits to wear, such as hats and vibrant skirts. At the end, we all danced together, hand-in-hand. It was a very unique and energetic experience, we were able to learn traditional dances while having fun as a group. 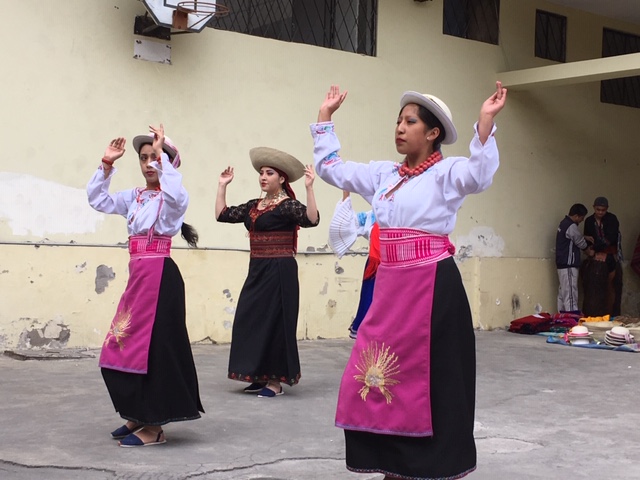 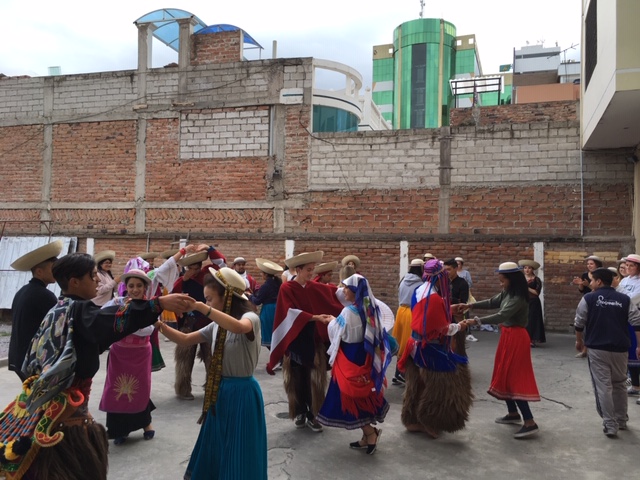 We learned about the roots of Ecuadorian indigenous culture as well as some practices still practiced today. Overall, it was an adventurous and eye-opening day.