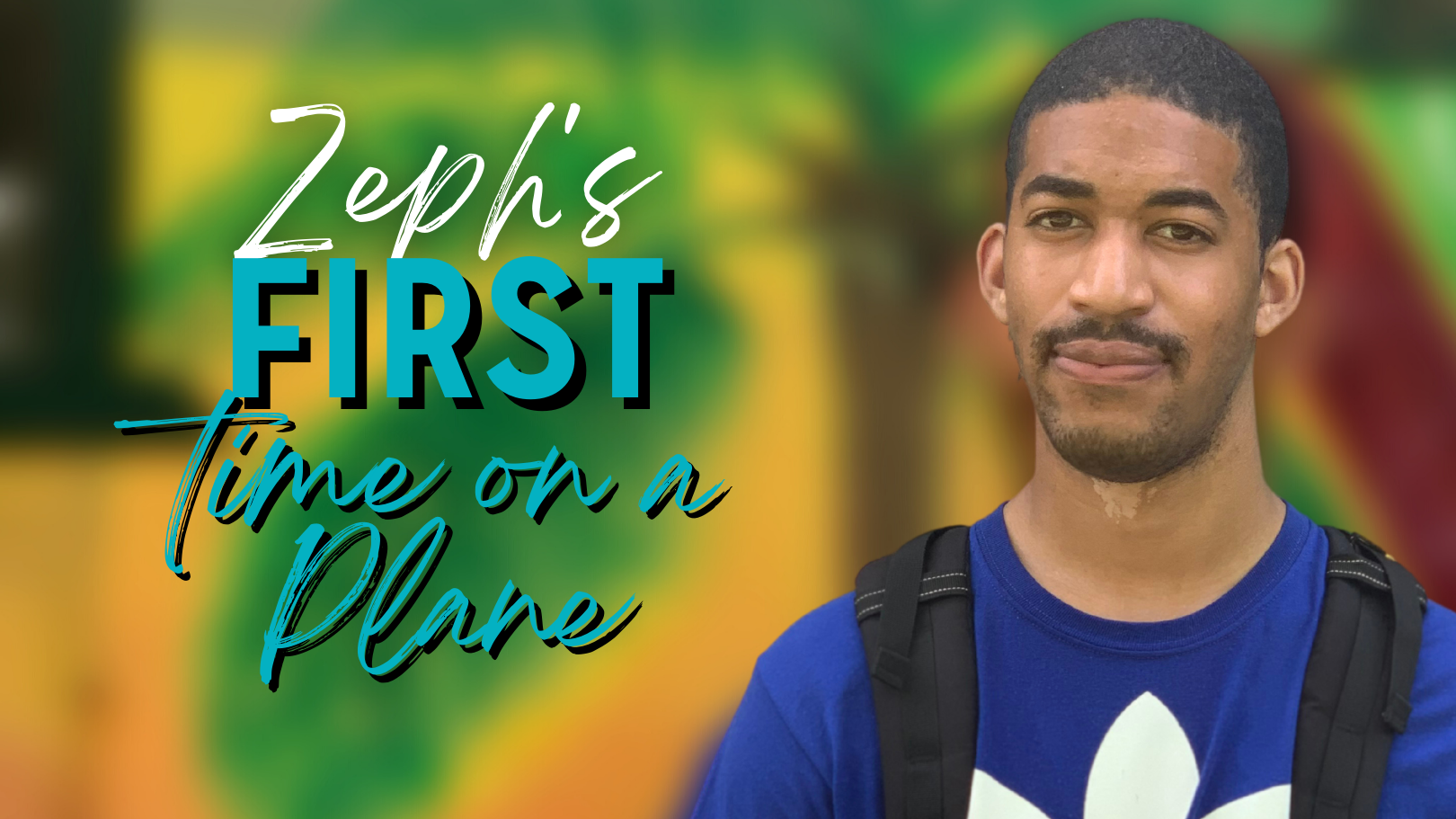 Originally from Springfield, Massachusetts, Zephaniah Langley is a college freshman at Northeastern University studying Mechanical Engineering. He is a proud Global Glimpse alum who experienced his FIRST time on a plane as part of the Global Glimpse 2021 travel experience to Costa Rica.

“I was standing in the airport with a bag in one hand and my flight information in another. It felt like a dream or as if I was watching a movie. That was my first time inside an airport as a passenger because before then, I’d never flown on a plane. I can still feel the butterflies when I think back to that moment which was the beginning of a whole new life for me!

It really hit me at that moment that I was actually going to be in a plane for the first time. I was excited, scared, nervous, again scared and just didn’t know what to expect really. Once on the plane I was so happy to be seated next to a GG staff member, Alex, who is now a very influential mentor in my life. I think part of why we’re close is probably because during the flight I had to hold his hand many times when the plane was accelerating or shaking. It was such a thrilling yet scary experience!

I remember when we were landing in Costa Rica, I could feel that I was in another country and we hadn’t even gotten off the plane yet! I got out of the plane and for the first few hours I kept touching everything. Actually throughout the trip I kept touching everything in Costa Rica. Everything felt new, different, and special. It was so surreal that I flew on a plane and was in another country!

My first time on a plane was just one of the many unique experiences I went through last summer. Everything about Global Glimpse is unique and so special to me. From the Big Love we give one another to the lifelong friends I’ve made with my peers and people I met in Costa Rica, this experience has shaped what my future will now hold.

I want to go to Japan, Spain, Columbia, and everywhere in the world! I want to meet people and understand different cultures. I want to learn more languages than English and Spanish. And I plan to do just that starting with Greece next year where I will be studying abroad for the semester.

I don’t think there are enough words or ways in which I can explain what the Global Glimpse experience has meant for me. What it has given me. My entire world is different now and so much bigger than I ever even dreamed possible.”

Zeph is one of thousands of Global Glimpse alumni whose FIRST time on a plane was made possible thanks to United Airlines! United has been a long-time partner and committed supporter of the Global Glimpse mission.

This holiday season, you can sponsor a Global Glimpse student’s very first flight by donating your United MileagePlus® miles through the Miles on a Mission program. United will generously match every mile donation this season – up to 100,000 – miles!