Today was day two of our CAP project working with Casa de la Mujer. To start off the day I woke up at 6:00am and took a ten minute shower in order to start waking everyone up for what would be an amazing day. Once every one was awake I would ask them if they had their tupaware, a full water bottle, sunscreen, a camera, and lots of ENERGY!! At 7:00am we walked to Cafe del Tren for breakfast and had a tasty cup of hot chocolate to warm up the cold morning. Our energy for the day was a cup of savory fruits and a type of corn bread wrapped in husk with sweet raisins. During breakfast we watched a few of the Olympic sports which is really special because we don’t have access to television 24/7 like we normally do. Once we left breakfast we got on the bus and Juanito drove us to Casa de la Mujer where we would begin to work on finishing what we had started day one of the cap project which was painting beautiful designs and murals on the walls and around the garden.

In order to start on the garden we needed to buy flowers because when we split up on our free day which was Saturday, we couldn’t find any flowers which was a major problem because that was a good portion of what we wanted to contribute to la Casa de la Mujer so I set off with Marita and Rachel to pick out around forty flowers to bring more life to the atmosphere which was already beaming with beauty. Upon returning with the flowers, everyone who wasn’t designing immediately got to work, which surprised me but also put a smile on my face just knowing that every person was committed. At this point we have about two hours until we break for a team meeting so I help Cynthia and Cheyenne paint a stunning lotus flower in the psychology room where victims and the children of victims of domestic violence can get help. Shortly after finishing my part I take a step back to look at the newly painted room as a whole and stand there in awe for a few moments because I know that everybody put a lot of hard work into every detail which made me proud of my group because we worked as an equipo which was a word of the day and translates to team.

As El Lider del dia I went to check up on everyone to see how things were going and we only needed a few more small jars of paint because everyone worked efficiently and as a team. Lunch was rice, beef, and potatoes and it was DELICIOUS except mine had chicken which was honestly the best chicken I have ever had in my entire life.

After lunch we set out to buy locks for the doors which Asu Sena was really thrilled about. Juanito managed to put in the locks but the doors were uneven which made that part really difficult. Eventually we all wrapped up our work and did a final clean and took a lot of pictures with the women that work at la Casa de la Mujer. I told them that we enjoyed helping them and that we would like to see them thrive and we gave them the remaining amount of our CAP money which they were grateful for. Seeing the faces of the women in the community at la Casa de la Mujer made me so much more appreciative of the work that we had done because she personally told me “Es muy importante para me” and it felt so good to know that we could potentially change their lives in only a span of two days.

When we returned to the hostel, I decided to give everyone an hour of free time before we had a CAP debfrief session. During that free time I went the cafe around the corner with Chloe, Marita, Daniel, Cynthia, Audrey, Cheyenne, and Amy who is my roommate and good friend who is like a sister. When we returned with our oreo milkshakes and brownies as a reward for a day of hard work, we went to our small self reflection groups to talk about how our CAP project turned out and the process of getting it there. From there was dinner at Roma Santa where our friend Nelson, who is basically family, was given a gift for him to remember us. We all pitched in to buy a sports jersey and we all signed the back. What made this dinner special is that Nelson almost started crying because he was going to miss us even though he would see us on Wednesday. After taking a lot of group photos, we eventually said our goodbyes and went back to the hostel.

This leaves us at the nightly meeting where I would retire as leader of the day temporarily because in life you have to learn to be a leader and it doesn’t end at a nightly meeting because it is something you take with you for years to come. Personally it was a stressful day but the feedback from the group about how my day was as El Lider del dia was incredibly positive and almost brought tears to my eyes because of how kind everyone is and how much I am going to miss everyone because in two days its back to the sweltering heat of NYC. Knowing the impact of the work we finished today will always stay with me because this was truly a beautiful day. 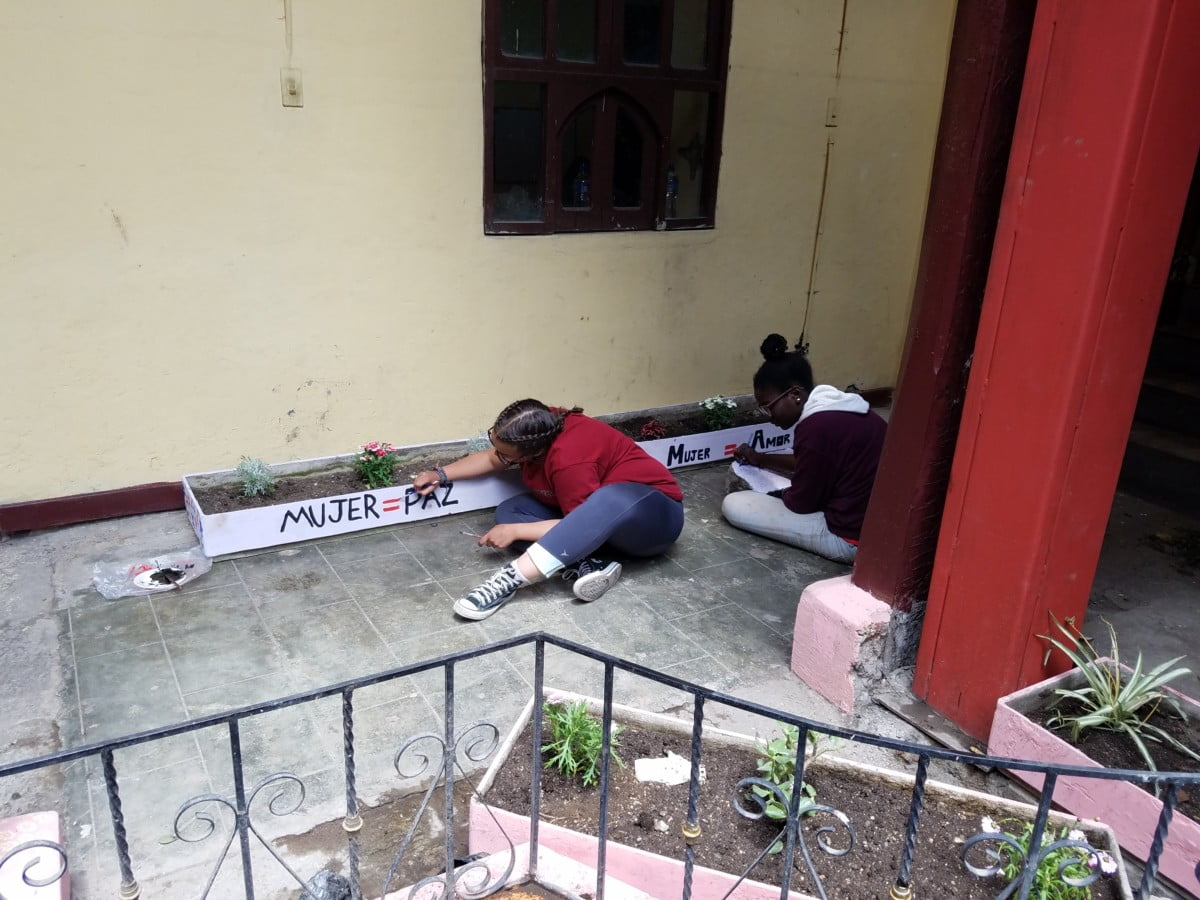 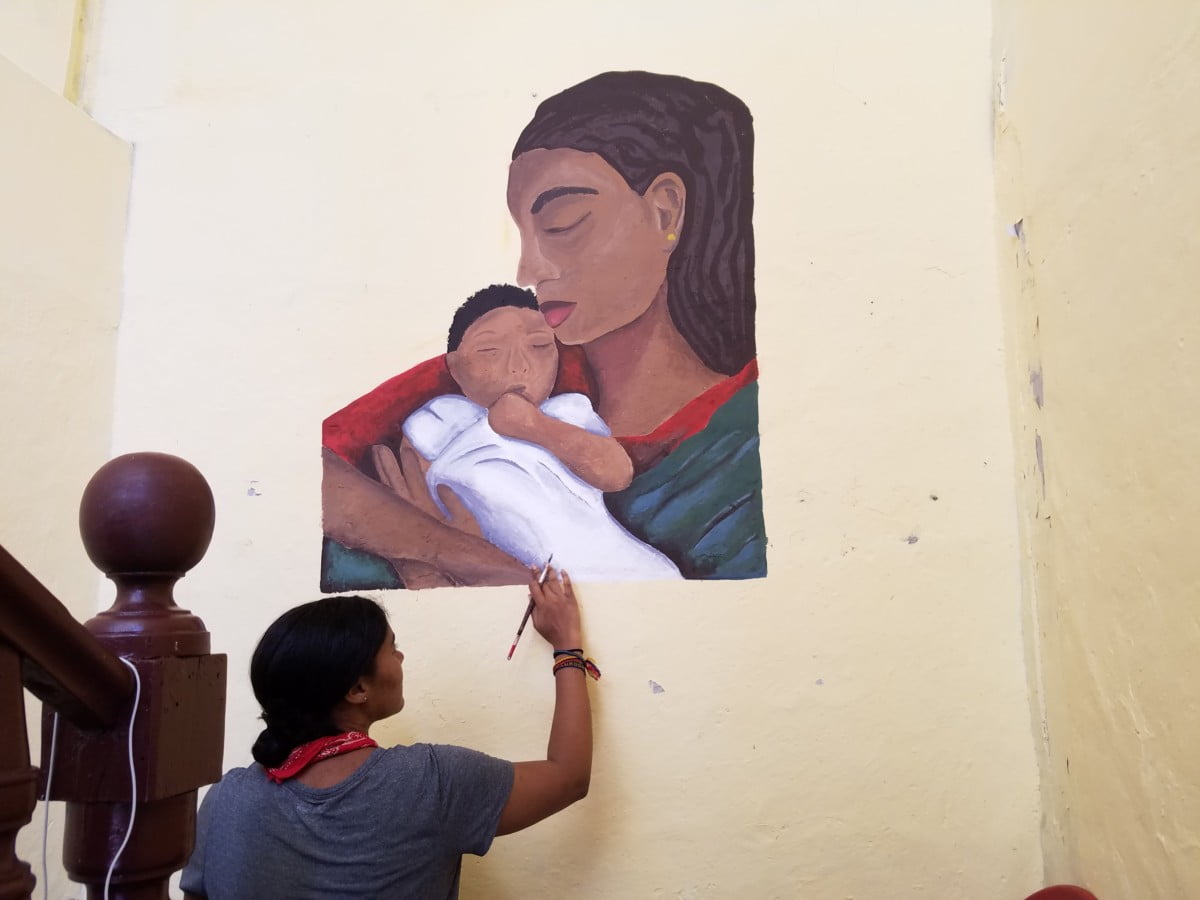 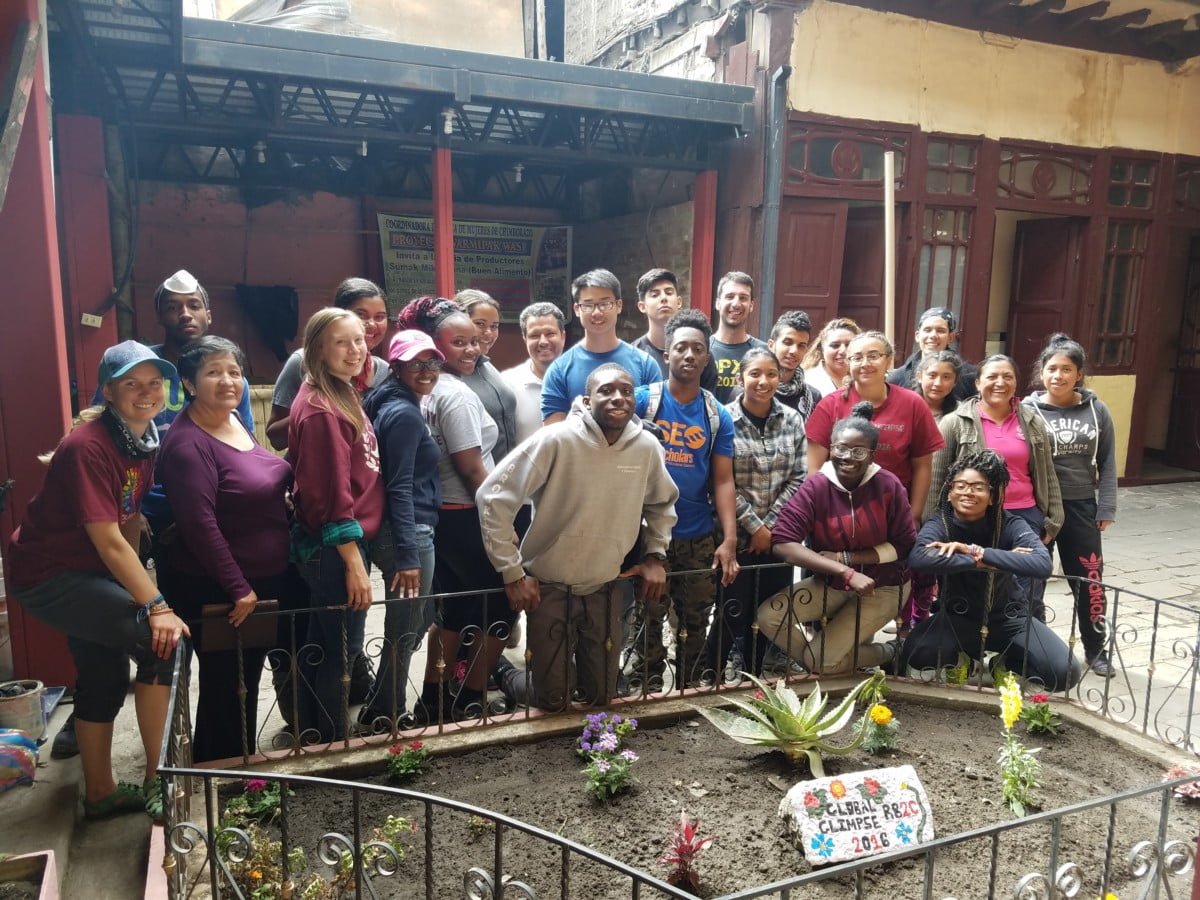