Hi! My name is Maddy Sage and I was today’s Líder del Día. We started off today with visiting Chitre’s very own landfill. As LDD, it was my responsibility to make sure that everyone including Glimpsers, PC’s, and GGL’s were all aware of their body language and facial expressions. Our leadership coach, Cyndi, made a good point to mention that this is something that these people deal with every day, and if we plug our noses, it can come off as disrespectful. After we got off the bus, we met the manager, Mauricio, and he spoke about the current state of the landfill. There was only one tractor that was working, which resulted in trash being thrown everywhere by people coming in and out. The tractors are responsible for the most important part of Chitré’s landfill, which is compacting the trash into blocks which form “pools” of trash. As we walked along one of my fellow Glimpsers asked about what we were walking on. Mauricio answered, “Right now we are standing on years worth of trash that we have compacted over time. The reason we compact the trash is to help drain the liquids, which eventually evaporate over time. We then add soil on top of the compacted trash to help with potential fires, and set a base for anything that might be built here in the future.” As a result of Mauricio’s clever management, this particular landfill is one of the most organized in the area. As our tour was coming to a close, we met a couple people who, day in, day out, go through trash to look for objects that are sellable. We heard some of their stories about previous jobs, and the lives they live outside of the landfill. One woman’s story really moved me. Her and her husband were sitting on the side of the road, her on top of a plastic container, and him inside an old refrigerator, as she told us about how they use the money that they earn to put their two children, ages five and seven, through school and put food on the table. That one statement really showed me and my fellow Glimpsers that there is so much more to the meaning of love and family. As the tour came to a close, it was my responsibility as LDD to thank Mauricio. I thanked him not only on the behalf of us as Glimpsers, but on the behalf of all of Chitré. Him and his workers are at the landfill starting at 3 in the morning, dealing with everyone else’s waste. They are not asking for credit. They are not asking for a Medal of Honor. They are the ones that showed us that yes, every plastic bag counts.

Afterwards, on a much lighter note, we got the opportunity to have some free time, and venture out into Chitré. I went along with Alma, Soniya, Aapthi, Jeremiah, Nina, and Trinity to many shops around the main church and square. We even got to make phone calls home, and pick up some ice cream from La Michoacana. Our last stop was actually Domino’s Pizza, because we were craving something that reminded us a little bit of home.

We then, headed to English tutoring, and had some dinner. The dinner tonight was fried fish with fried plantains, salad, and pineapple juice. For many of us, eating a whole fried fish for the first time was a little intimidating. But it was delicious, and I’m so happy I got to try it. We ended the night with a reflection session. We got into groups and discussed some of the things we went saw and experienced today, and yesterday during our Living Like a Local day. My group shared stories about our host mothers making anything out of anything. Esmeralda even mentioned that her host mother made chairs completely out of old tires. We also shared our thoughts on poverty. Not only what we poverty meant to us, but what it meant for the people we met and their futures. The conversation really hit everyone hard emotionally, but for all the right reasons.

Tomorrow, we get to start our Community Action Project at La Escuela de París de Parita! There’s more exciting stories to come, so check in tomorrow night to see how our first CAP Execution Day went! 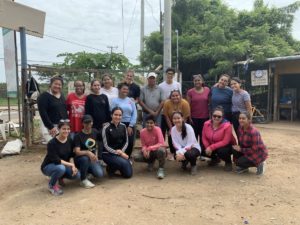 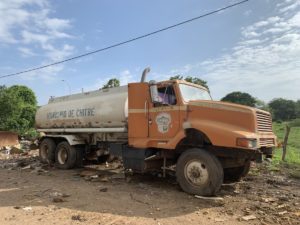 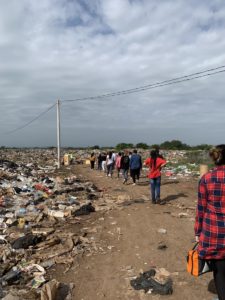 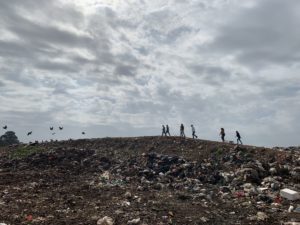