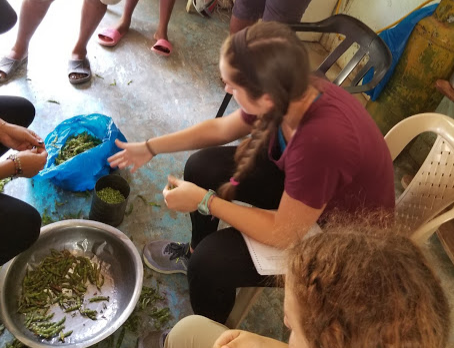 When food is placed on a table in front of me, I always say thank you. I have always believed in that “thank you,” that I was truly grateful for the work my mother or father put into the food they serve me. I’ve made meals before and felt a deeper sense of pride in the work I do, but nothing like I witnessed today. 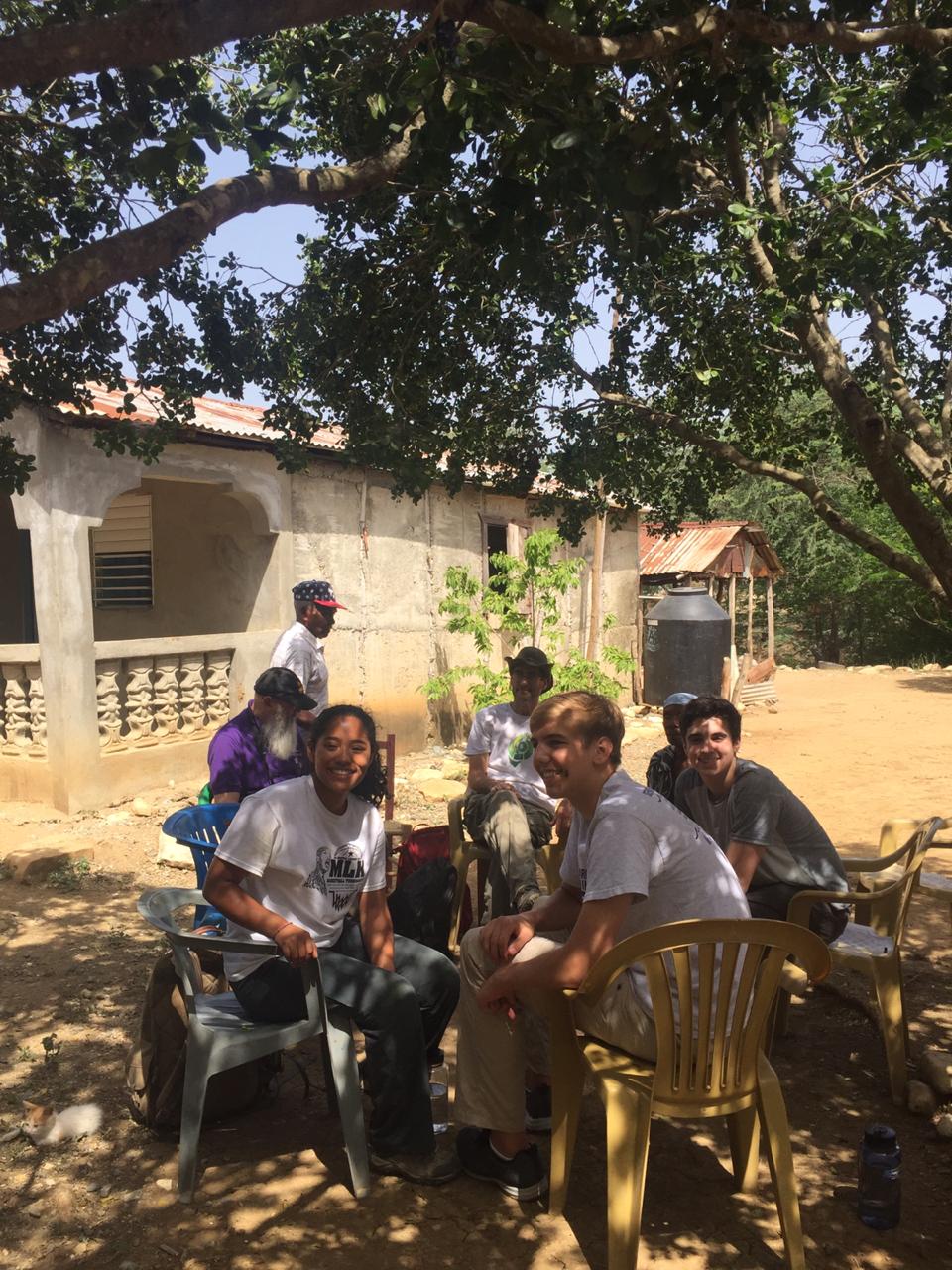 When we arrived in Suarez to learn more about the community and how impoverished people live in the Dominican Republic, I expected to help clean homes or tend to their gardens and animals. What I was met with instead was an entire, united community, overjoyed to welcome us into their homes for a day. Their goal today was to learn more about us and to share some of their stories as well. 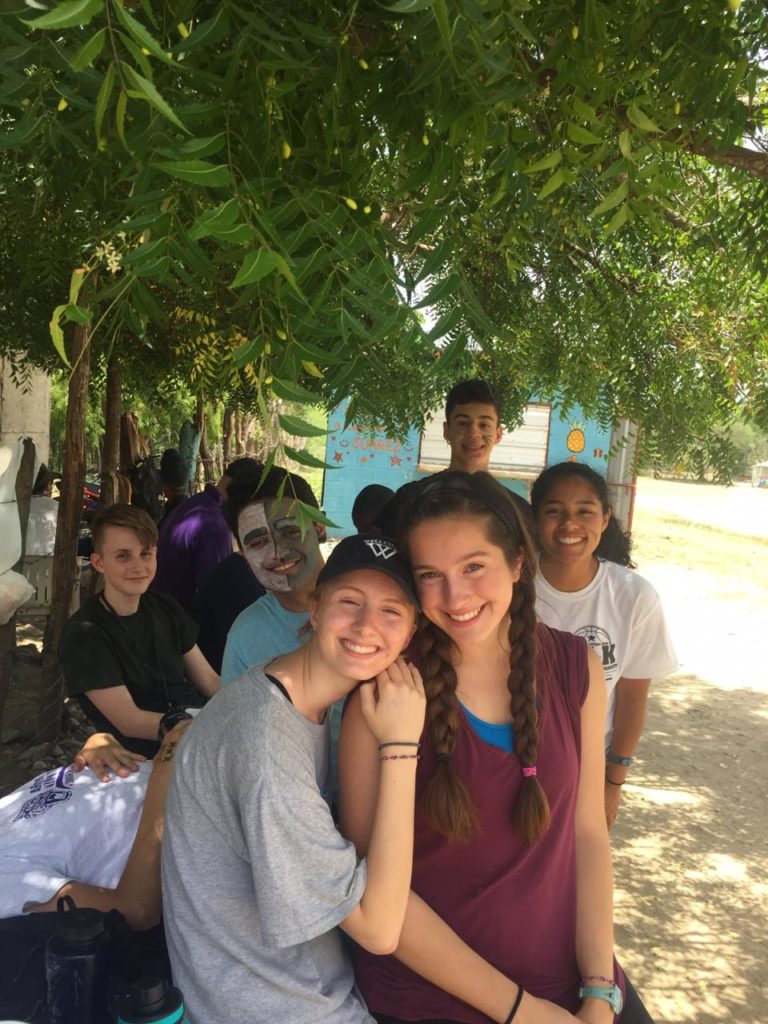 After about twenty minutes of talking with my host today, she had already gauged my ability to speak Spanish and we both knew our conversation would be slightly limited. We talked extensively, yet it was interrupted with “no entiendo” and “lo siento” more than I’d like to admit. About an hour in, her neighbor brought over a bowl with string beans called guandul and began separating the beans from the stalk. I quickly asked for some beans because I thought it would be an easy way to keep the conversation slow and still help her with her daily tasks. Bridget and I picked these beans out of the stalk for about an hour and forty five minutes, or until we were taken to lunch with the community. During that time, inch worms and ants would constantly appear from the newly separated beans and our finger nails were unpleasantly green and brown. After we finished the bowl, we looked into the bucket where we had been placing the beans we separated and it was only half full. An hour and a half of picking these beans for just enough to fill maybe three cans. 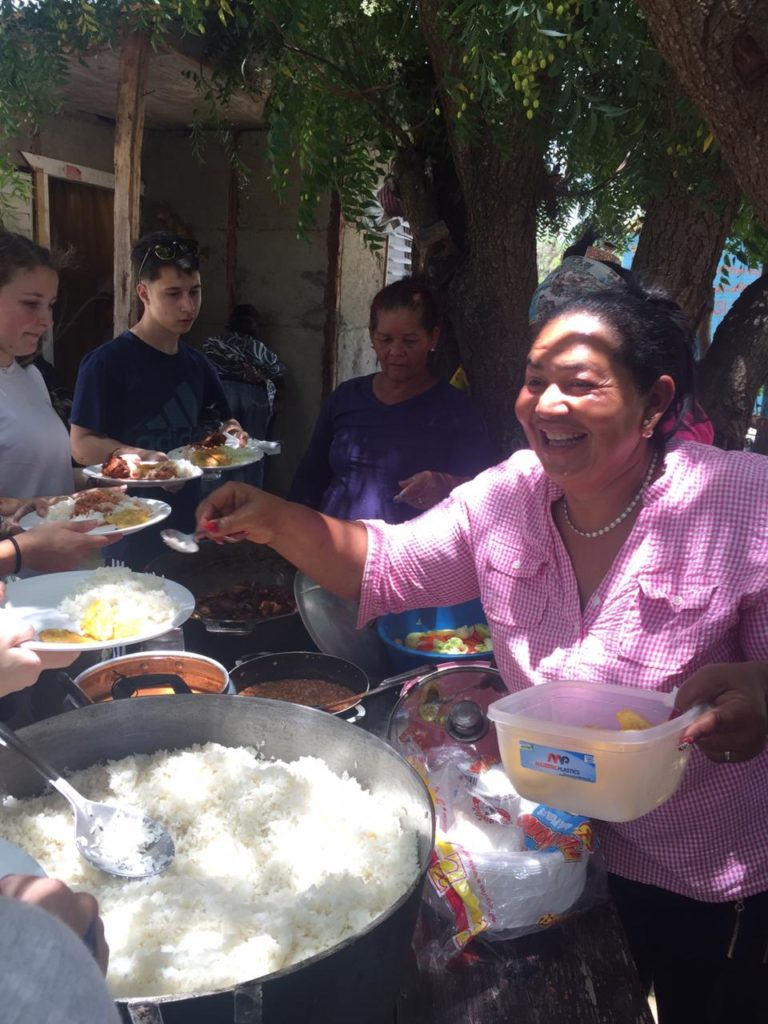 Before we ate lunch, we were all asked to bow our heads in prayer. Many community members joined together in a prayer and no other noise was heard besides the woman reciting the prayer for us. Afterwards, lunch was served from huge pans and pots; everyone was smiling and enjoying the food and each other, children were playing before receiving their food and the wild dogs were excited at the hopes of receiving some of what they were serving. The feeling was purely happy, everyone was proud of what they were eating or serving and no one in that community would have rather been anywhere else at that moment.

The pride they take in their food and their work doesn’t compare to anything I have ever experienced. Lunch for me is never a celebration, it’s simply a time to make me less hungry, but today it was truly a celebration of the hard work and time the community put into preparing the food. Meals should always be a celebration like this, if not for the work you put in, the work someone else put in to make that amazing food you see on the table before you. 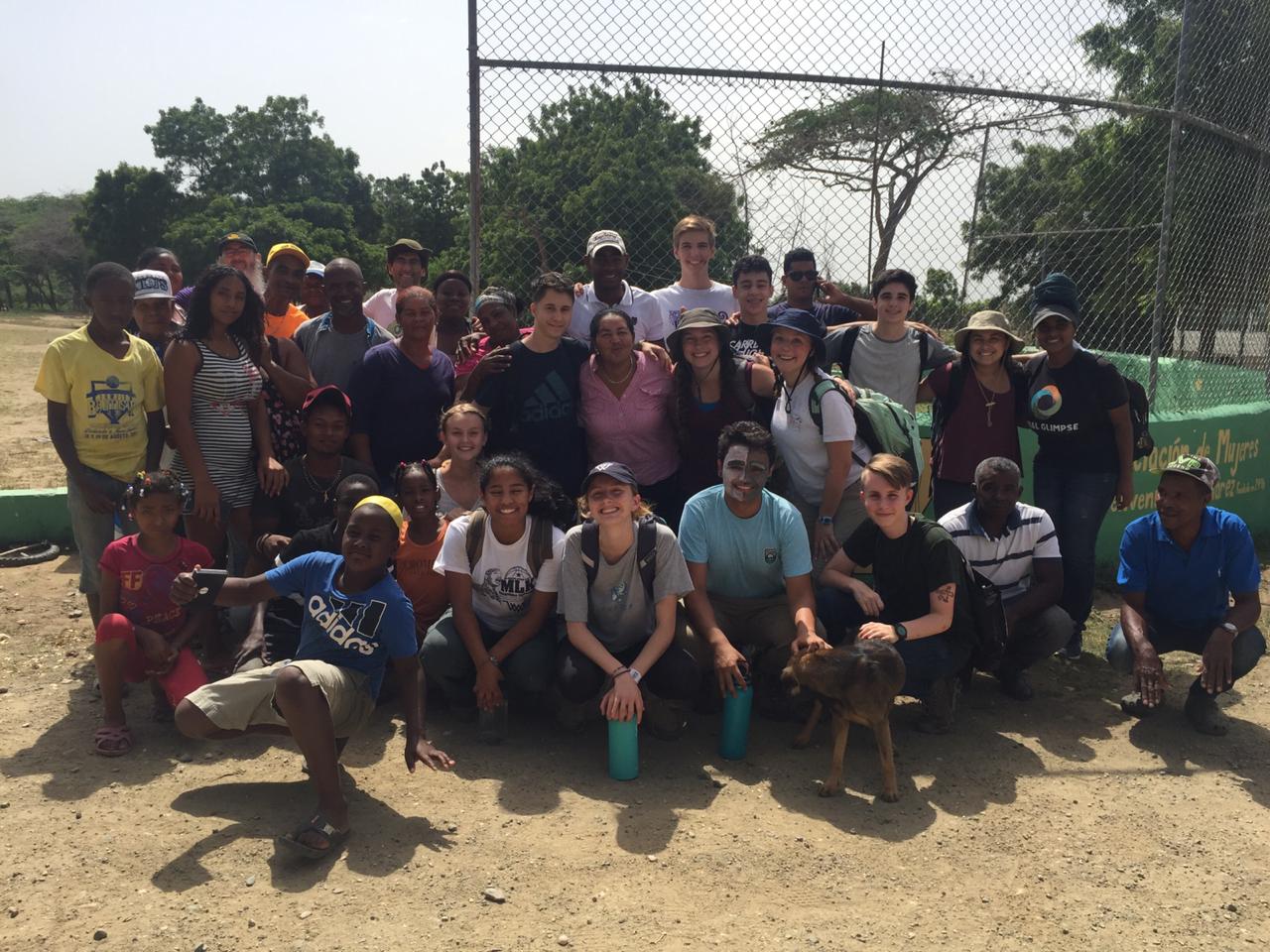