A Dummy’s Guide to Feeling Uncomfortable

Today was so fun! We had a lot of free time, and we played a lot of games. It’s really cool getting to know everyone else on the trip, especially because some of them I had never talked to before arriving in the DR.

Yesterday, I worked out with one of the leadership coaches (a teacher from school) named Mr. Klakovich. It was really fun and it inspired others to make a workout group that would exercise this morning. We did some cardio and it was cool doing something as a group. I wanted to do more cardio (like stairs and running), but everyone else was too tired and moved on to another exercise. I was disappointed that I wasn’t as assertive as I could’ve been during the workout, and I felt kind of excluded when they moved on to do ab exercises without me. It’s kind of hard for me to share my workout time with others because I usually use it to cool down and relax, as well as regain confidence and have personal time. So, I was initially uncomfortable and it was even worse since I wasn’t always guiding people during the workout.

I used my free time to take a shower, so the rest of the group started playing a game without me, so I felt that I couldn’t join since it was too late. After that, I started talking to Bridget and Summer. Everyone else went downstairs, so we decided to follow them, but they started playing another card game and I felt left out again. So I used my free time to be alone. I think since I wasn’t able to workout alone, I had to use a different time to be alone and express my more serious emotions by myself. But then afterwards, I came into the hallway and saw that Gavin and Danil were also not participating in the game downstairs and since I was going down there already, I invited them to come down with me. We played a fun game that was like telephone but it was with pictures instead of a phrase.

After Free Time, we got to explore the city with our ambassadors, Saory and Ricardo. It was super cool getting to talk to Saory about politics, both in the DR, San Juan, and the US. I really look up to her because she spends time researching political ideas/individuals (mayors, presidents, political parties, etc.), and she doesn’t necessarily base her political decisions on what politicians say. In addition, I learned that she taught herself English (she began about 2 years ago)! I had taken 4 years of French and I was no where near as fluent as she is today. Her dedication to learning and how much progress she has made are so impressive and I hope to take that dedication home and apply it to my own work, including but not limited to my school work, my summer job, and extra curricular activities.

After the Exploration time, we all had dinner, but as Lider de Dia, there’s a certain routine that I had to follow, like asking the providers (food servers) their names and what food they were serving. I’m extremely uncomfortable talking to the locals because even when some of them speak in English, I can’t really understand them because their accents are so thick. I can never understand someone’s name the first time they say it. So, I had to ask my assistant, Danil, to speak to the providers for me. Also, as leader, I had to get my peers’ attention and explain the food and greet and thank the providers. But I wasn’t always initially listened to, so Danil had to help me again to get everyone else’s attention. Meal time was probably the most uncomfortable because I wasn’t really respected and I felt that I wasn’t assertive enough. I hope to become more confident in leadership roles and I would like to apply my experience today into my role on the Carrboro field hockey team.

When we were exploring the town, I got to see the extreme wealth disparity between different locations in the town. There was one section that was super quiet and had new, large homes that had expensive gates. Saory said that we were in the “white” part of the neighborhood, and that most of its inhabitants leave on holidays (today was a holiday and everything was closed. sad face.) It was funny hearing all the beef she had with a lot of the richer people, but it was also saddening that most of the conflict she experienced was sparked by her opponents’ racism. We also got to see the mayors house, which is insanely large. Compared to the tiny, beaten up shacks in which the other locals live, that house was a mansion; it had huge columns on the front as well. Saory said that the political party in power tricks the poorer locals into electing them by saying they will use taxpayers money to give them food and better resources, but since the government is really corrupt, the money isn’t always used for what they say it is. It made me think about the role of government, and how other countries should help remove corruption from governments that have less money.

After we explored in a small group, we met up with another group and played soccer with our ambassadors and some locals. It was really cool seeing how eager they were to play with us, especially because in the US, I would never go and ask some stranger if I could play with them. During the nightly meeting, everyone shared how different it is in the US, and how we never have basic interactions with people we don’t know. I look forward to returning to Chapel Hill and seeing how drastically different it is in regards to friendliness and social situations. This trip has even made me reconsider being a doctor because it would be awesome to make those connections with patients and see their progress from sickness to health. I used to only want to be a doctor for the money, but I realize now that I can not only help people get better, but I can make friends and have deeper connections with the locals in whatever area I choose to work.

My group went to get churros and the stand got out a speaker and started playing music. Bridget and I started dancing and it was funny seeing how the locals responded to us just dancing in a super silly way. Some of them even pulled out their phones to take videos of us. Two other kids started dancing with us and that was really cool, too. I think one of my biggest takeaways from the trip so far is to be myself, despite other people judging me or thinking I’m weird. I’m usually super shy and it takes me a while to get comfortable enough with others to make weird jokes or say weird things, but spending more time in the DR with my roommates and ambassadors helps me accept my weirdness, jokes, faces, dances and all. Maybe when I get back to the US I could encourage other people to embrace their weirdness and accept themselves for who they are, instead of conforming to American social norms.

Even though I had some rough patches throughout the day, I learned a lot about myself, and I experienced a lot of things that I can take back home to improve myself. In addition, talking with locals that experience poverty and corruption and racism has taught me to think more about problems in the US and other countries, and I hope to spend more time researching about other countries and take time to become involved in my community in a similar way that I have integrated myself into the community of San Juan. 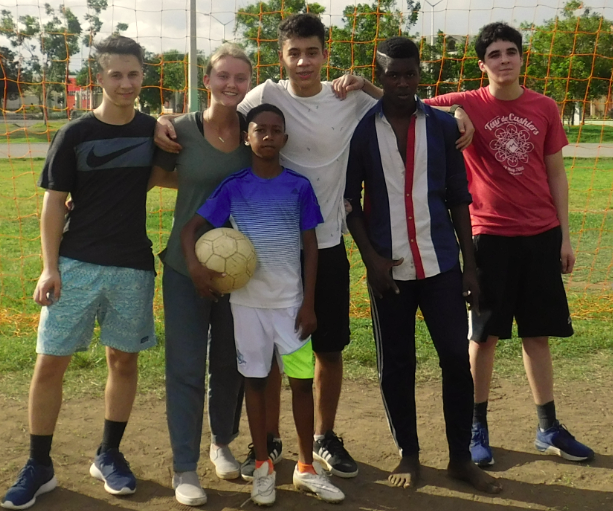 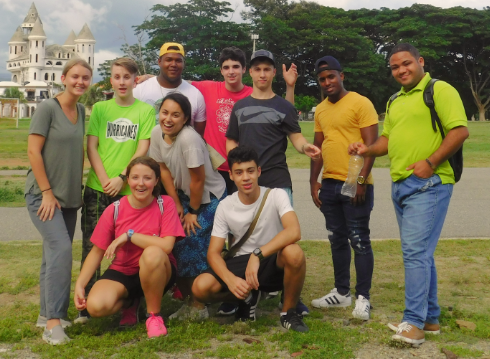 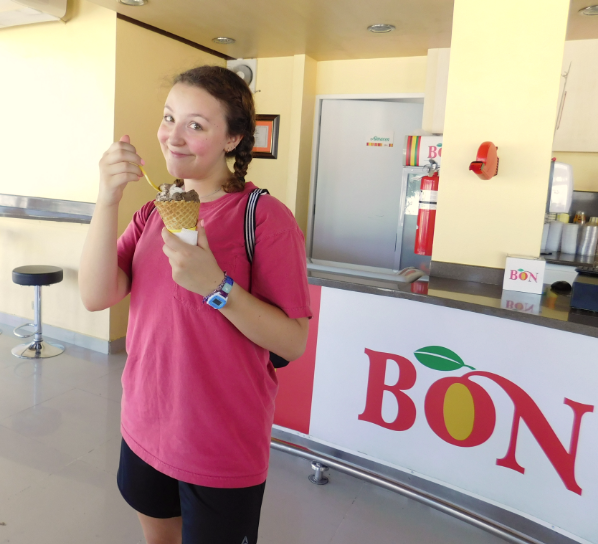