It was a pleasure and an honor to co-lead Adventure Fun Day with my co-leader Derrick. The first thing we did today was wake everyone up to Mozart, Alicia Keys, and Lil Uzi Vert. When everyone finally came downstairs to the common area, we had a very wholesome breakfast of scrambled eggs, toast, fruit, lemonade, and cherry juice to prepare for our day. 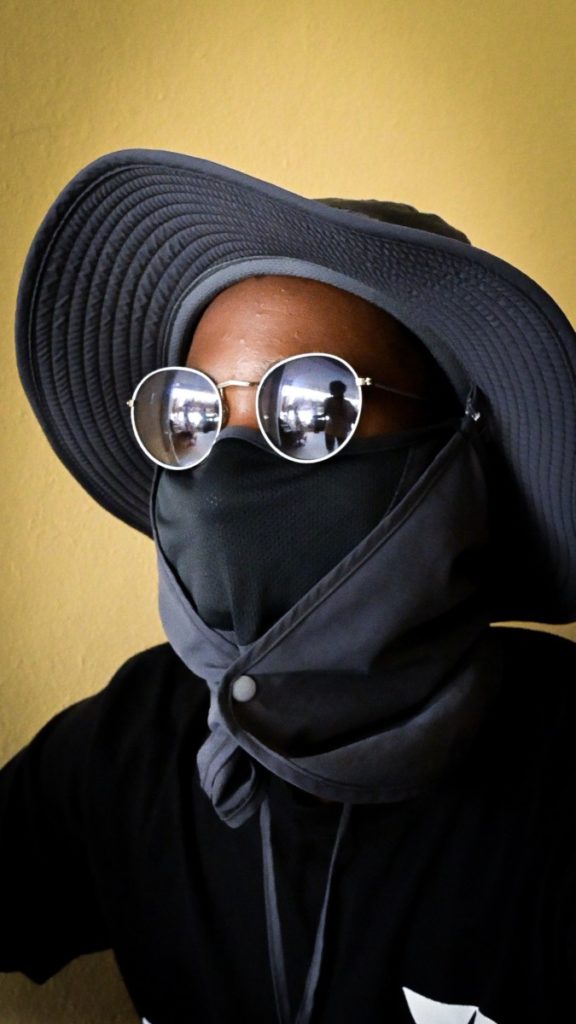 We soon boarded the Guagua for a two and a half hours to Playa “El Quemaito”. The beach had large, smooth stones instead of sand and nice view of the turquoise, ocean blue sea. We set up camp under a shady tree that would have the occasional breeze. At the beach we bought jewelry made from the Larimar stone, hung out in the ocean together, collected stones, had a delicious lunch, and explored a nice boulder a bit off the coast of the beach. 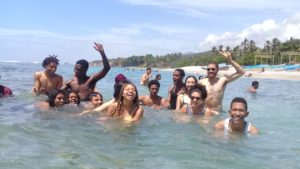 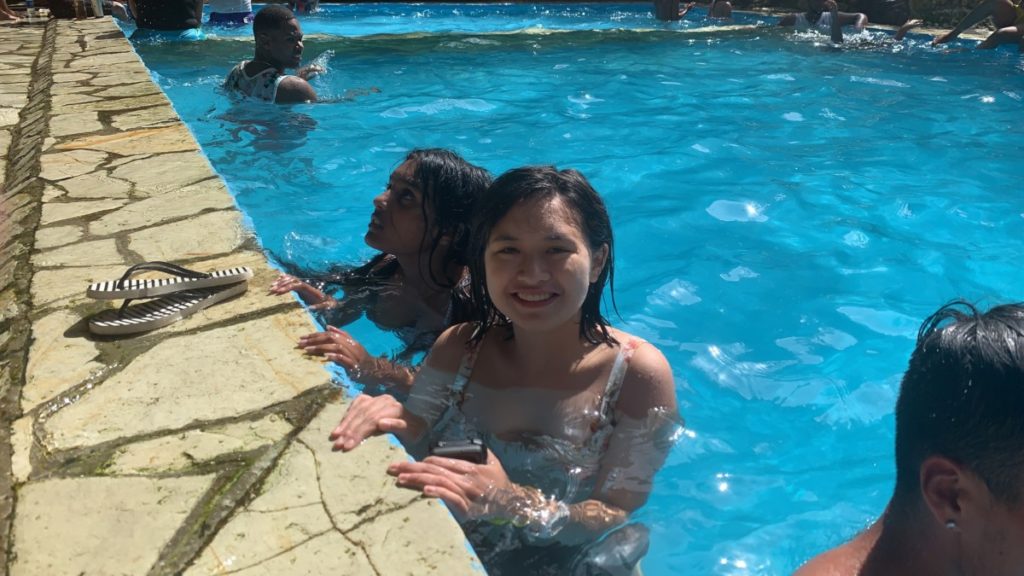 Then we re-boarded the Guagua and made our way to Villa Miriam. Villa Miriam is a private area along a river. The owners created several waterfalls and pools, so visitors could enjoy the river easily, making the area very popular. The water was freezing, but it was a nice break from the heat of the day. Everyone had a really great time laughing and pushing each other into the water. We really needed a day to relax and have fun after several days hard labor and intense discussions, which was exactly what Adventure Fun Day provided. However, many of us decided we should take risks as well. For example, some people learned to swim or walked underneath the waterfalls. After all of this fun and braving the bathrooms at Villa Miriam, we went home to Onaney for survey filling and pizza.

We were able to meet two people who were in charge of our safety in the water, crossing the streets and stepping on the hot beach stones; Israel and Melvin. We also were able to meet a lady selling Larimar Jewelry on the beach.

We were able to learn about the history of Larimar Jewelry and a little bit about it. The Larimar stone was originally just called a “blue stone”. A man was walking along the beach and his daughter Larissa found one of these blue stones. He combined his daughter’s name and the Spanish word for ocean (mar) to name the stone. Larimar is formed from near the inactive volcano near Barahona. The only Larimar mining site in the world is in Barahona. The stone itself is known for having and bringing “good vibes”.