Not a normal day at the market 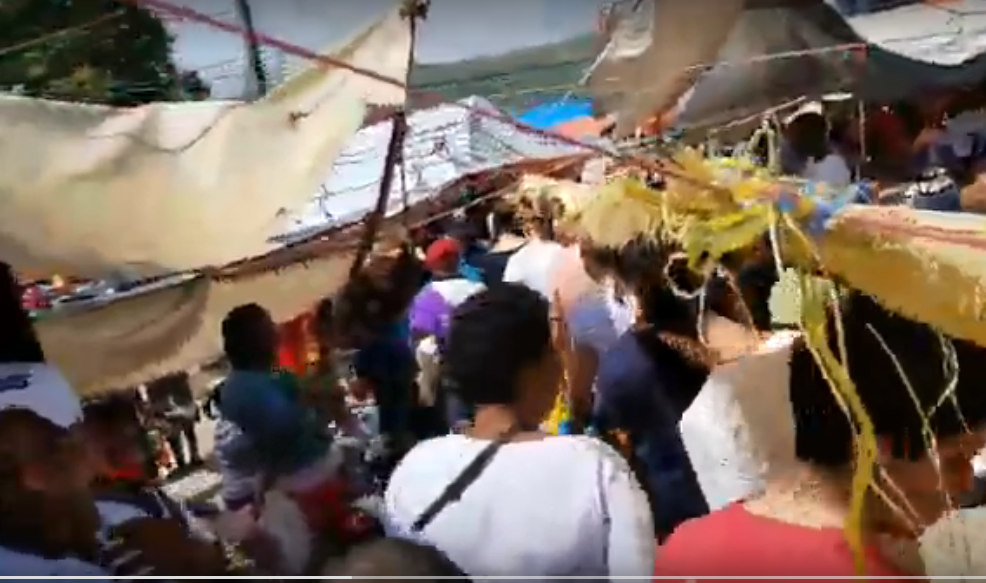 Today we all traveled to the Haitian border in order to gain more insight to what takes place there. We began this trip by swerving the bus through the dozens of motorcycles, cars, carts, and people, which was a little stressful for a backseat driver… Once parked we got to see a glimpse of no man’s land, which is an area between the borders that neither country owns. Unfortunately, we could not venture into the no man’s land because of the uncertainty of it. After that, we headed towards the market. The market was personally my favorite part because of the chaos and the commonality between the divided countries.  The market is largest on Mondays and Fridays because that’s when the Dominican Border opens up for Haitian merchants. As long as you are ducking under the large tarps that keep the area shaded you are able to see all the different goods for sale. Almost anything from potatoes to cell phones could be bought. Personally it felt odd just to walk through and observe the market with the tour guides. I felt as though many people were staring at us as we all walked through the market in a single file line while the tour guides swarmed us. I personally have never been to a market where I just observed rather than getting in and buying something.  Overall today was a great experience because I got to experience new things and see that the border is not as dangerous as many local people make it sound.