Hello everyone! Today was day thirteen of our trip. The goal for today was to complete the Community Action Project (CAP) at Carlos Garbay. We woke up at 7:15am and met in the lobby at 8:00am. The headcount took a while, so we were about five minutes late. We went to breakfast (ham, sausage, bread and tomate de árbol juice) at Roma Santa. We went to Carlos Garbay to execute the CAP 2.0. There we broke into three teams: the tire painters, the arrow painters, and the gardeners. The tire group repainted tires (used as a protective barrier) around campus, the arrow group spray painted the arrows on the ground around campus, and the gardeners weeded and evened out dirt. The days major accomplishment was removing an old merry-go-round (through pure brawn and multiple car jacks). The merry-go-round pivoted around a metal pipe cemented into the ground. This pipe needed to be removed as well, however this proved difficult because the cement extended underground several feet. 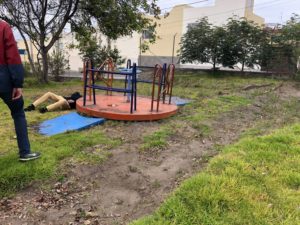 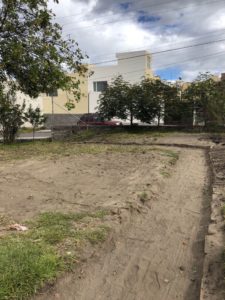 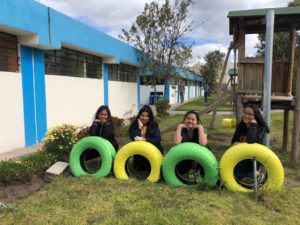 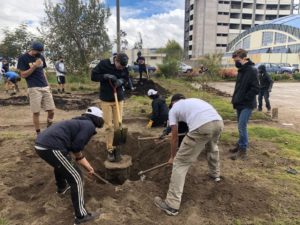 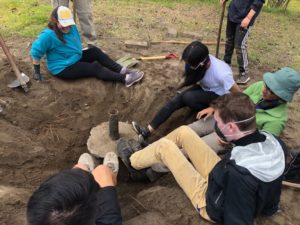 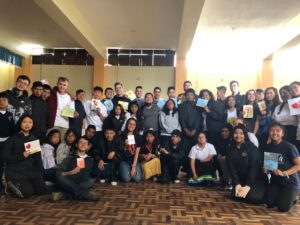 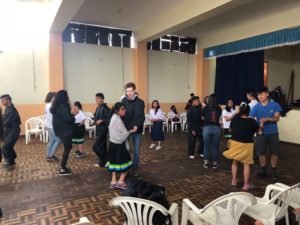 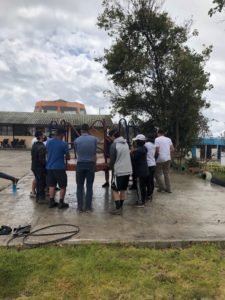 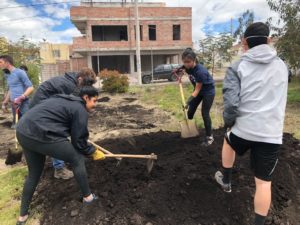 Our arrow crew used stencils and spray cans to repaint the arrows around campus. This effort was only temporarily hindered by the intermittent rain and a miscommunication leading to several wayward arrows pointing the wrong way.

We took a break for a CAP inauguration, where Glimpsers and the people of Carlos Garbay expressed our mutual gratitude. We joined in a dance performed for us by the students of the school. After exchanging gifts, including several handmade cards from the students, we got back to work. Lunch was a three-meat rice with mango juice, made by Isabella and delivered to us at the school. After lunch, we went back to work, albeit with a newfound sense of humor that seemed to pass the time more quickly. Once we finished the project, we walked around to admire our work. We “tested out” the swings that we painted. 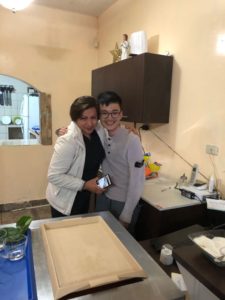 As the day came to a close, Gene sang a song (My Way by Frank Sinatra) for Isabella, who was overjoyed by his performance. We returned to the hotel at 4:30pm and had a brief break. We began writing letters of appreciation to those who have helped make the Global Glimpse program possible. The Líder del Día torch was passed to Naomi and Nancy N, whose talent was a Nelson-approved handshake.

Dawn, Angel, and Will