First off, shout out to my mom for helping me get pencil cases for my students, they loved it more than I thought they would. I wouldn’t have been able to give them a gift so simple without her. Big love to her and my sister for being such great people in my life. I’ve realized so much about family while I’ve been away.

My day started at 6 being woken up by my partner and then ended up waking up my other room mates in the my hostel. Surprisingly, everyone was on time and eating breakfast together. I felt a sort of big responsibility while being a leader in the morning because I was held accountable for waking some people up and was later praised for making sure people were on time. We made our way to the school to continue the CAP project in which I continued to help paint a mural even though I was apart of the signs group. Only two people were needed for the signs but many “hands” were needed for those murals. 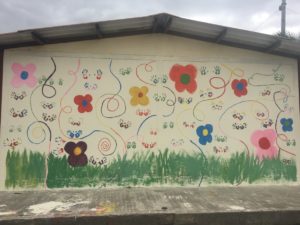 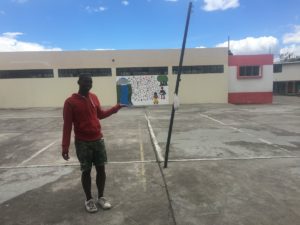 Lunch was great, it was fried rice and we fed a dog our left overs. As we got back to work, I tried to motivate one of my peers to do his best for a speech that had to be made to represent Global Glimpse. It was basically the closure of our teaching lessons because it was the last day. Anyway, I tried to motivate him to do his best and make the best out of these next two days left together. We finished the murals, gardens, and signs way before we needed to and I had extra time to play a basketball game with the bros. Afterwards, we headed home for free time in which majority used it to take showers because we were all so dirty. Then, there was English Tutoring. On my way back to the school for the last time, I realized how much I impacted these kids’ lives. Not only me, but everybody, all age groups that were being taught. We can possibly be the result of them getting a job in the future because of the simple fact that they know some English. We didn’t need to teach because it was the last day so they just ate snacks for the first hour and then the second hour was their graduation ceremony. When they left to the bathroom I put the pencil cases on their desks and their faces lit up so much when they got back. They were so thankful. The graduation ceremony lasted longer than we expected but it was amazing seeing my kids graduate. Dinner was at Roma Santa in which we celebrated my room mates birthday and cut her a cake. 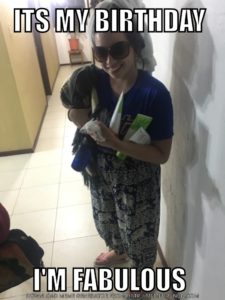 We then had pizza for dinner but before that some people had tried maggots because it is known as a traditional dinner. On our bus ride home, we all began to praise my friend who had made his speech to the school. I saw how close we became. After two long, homesick, and exciting weeks, we’ve became a family, the most comfortable I’ve been with a group of people. They’re people I can count on even after this trip. It’s only been two weeks and I found a family in a group of amazing people and I’m so glad I’ve found people as amazing as them. 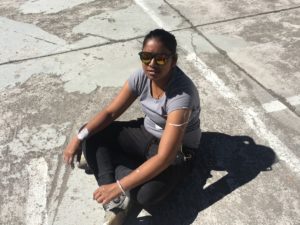