CHIMBORAZO: A Day Among the Clouds

Question of the day: Is it possible for Ecuador to rely on eco-tourism without harming the environment?

Quote of the day: “To waste, to destroy our natural resources, to skin and exhaust the land instead of using it to increase its usefulness, will result in undermining in the days of our children the very prosperity which we ought by right to hand down to them amplified and developed.”  -Theodore Roosevelt

Today we reached 5,300 Meters  (about 17,388 feet) above sea level, which is higher than any point in the continental United States. We started off our day with our normal breakfast at La Estancia where Ana, the amazing owner, served us eggs, bread, ham, and Ecuadorian cheese. Then we were off to Chimborazo for our fun day. The volcano Chimborazo, measured from the center of the Earth, is higher than Mount Everest. We reached the highest point we have ever been in Ecuador and probably the highest point anyone has ever been. 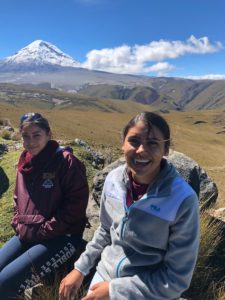 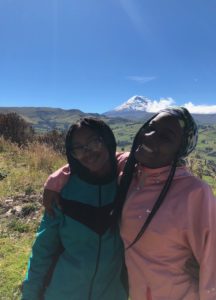 We made three stops on our way to the refuge at Chimborazo called Hermanos Carrel. At the first two stops, our speaker named Carlos, who was accompanied by his three daughters and two nieces, explained that Ecuador is very diverse in the biomes it holds. At both viewpoint stops, all three biomes could be seen. The lower the altitude, the more agriculture we saw. Towards the top, we started to see more dirt covered fields with native grass that is accustomed to live there. We also saw an animal called vicuñas, and a flower called Orejas de Conejo, Bunny Ears, that is protected from the cold temperatures by a cotton layer on the outside of it. 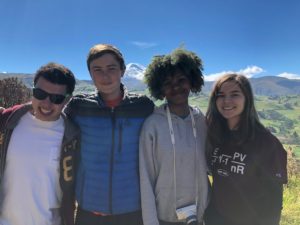 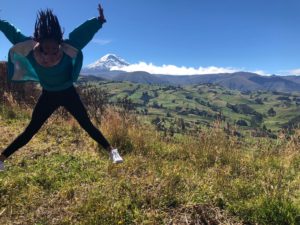 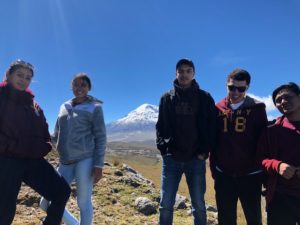 When we reached about 5,000 Meters, our guide Olgita explained that we needed to perform a ritual in Kichwa for Chimborazo to allow us to step on him and breathe his air. After the ritual, we sang a song in Kichwa as well to beg for forgiveness if Chimborazo was mad. There was a statue that is dedicated to Simón Bolívar in the refuge that we visited, and on our way to the statue, we saw a cemetery of the people who have lost their lives on Chimborazo. We ended our trip to Chimborazo with a warm cup of hot chocolate. 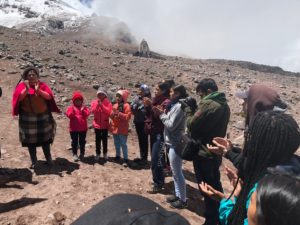 Listening and clapping with the song 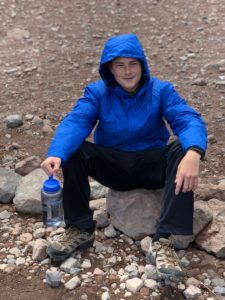 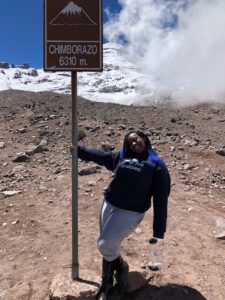 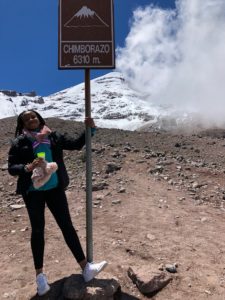 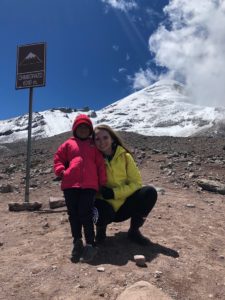 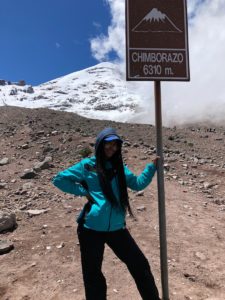 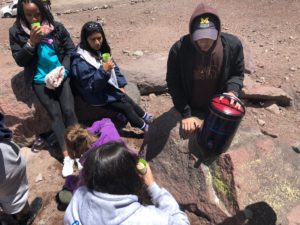 In our nightly meeting, we discussed about the topic of eco-tourism in Ecuador. Due to Ecuador’s economy, it resorts to using tourism as a source of income, but the government protects everything above 2,100 Meters above sea level. Eco-tourism in any developing country will always be discussed and debated.

Despite feeling out of breath and Chimborazo taking up a lot of our energy today it was an experience we will never forget!