Hello, this is Harriet and Ruby and we were today’s LDD’s.

We first woke up early at 6am and ate at La Tortilla as usual in preparation of continuing our work on the previous CAP Day where we had almost finished painting the stairs. Upon arriving at FAE, we split into two groups with a small one completing the stairs (led by Ruby) and the larger one painting the pieces of the bookshelves in order to get them ready for assembly (led by Harriet).

The staircase was close to its conclusion, but we needed to paint the rails, quotes, and the school’s name on as well as a design on the small landing. However, our plans were delayed when we found that the dark blue paint that we used to decorate the flats of the stairs dripped onto the bright rainbow colors we laid out the day before by the local dogs in the area, so we had to spend around half an hour mixing paint and repainting in order to repair these flaws. We spent additional time brainstorming on the layout of the landing, but eventually, we settled on splashing red, yellow, and white paint onto a dark gray background as our design with Jackson Pollock as an inspiration. Although the process was messy, we decided to leave repainting the surrounding area for the next day. Otherwise, the results were satisfactory.

We began building the bookshelves today by painting the individual pieces before constructing them. Some challenges that we faced were learning how to use spray paint and assigning roles to group members. One group working on a bookshelf struggled to cover the wood grains with the spray paint while others had trouble painting the shelves quickly. To make the process clean and organized, we gave people the roles of cleaning brushes and painting different parts of shelves which was successful since by the end of the day, each of the bookshelves were completely painted.

Later, we had our last day of tutoring the local children and some of our group members spent it by playing games and bonding with the kids. Although we said happy farewells, we will certainly miss them.

Thank you for reading 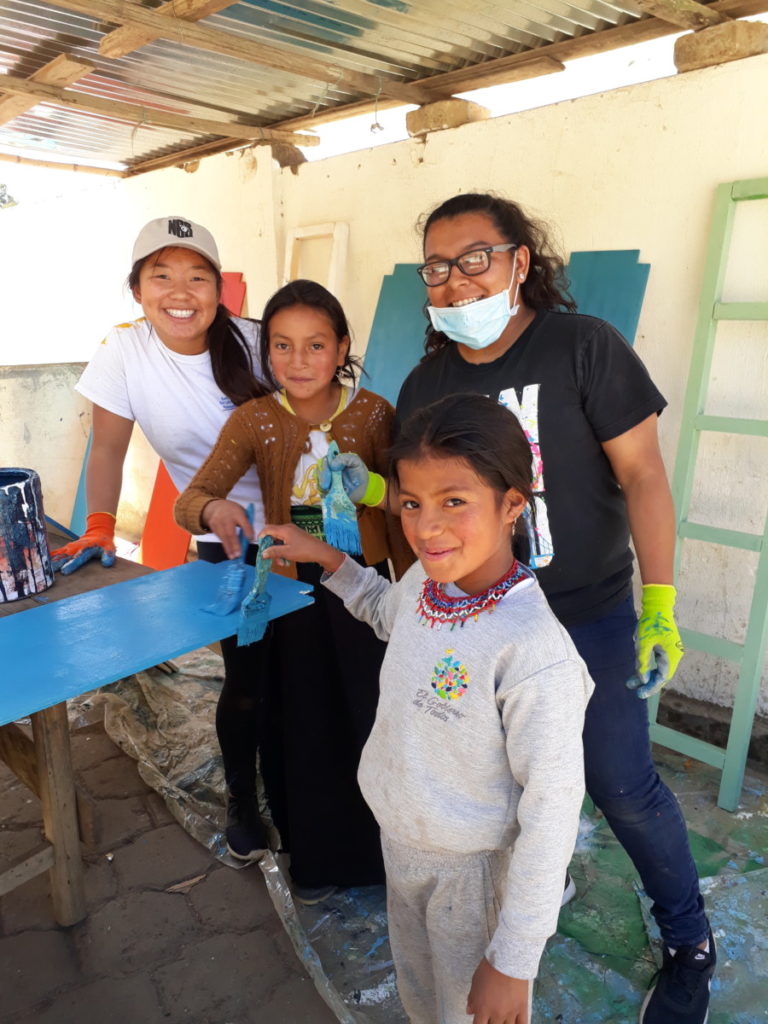 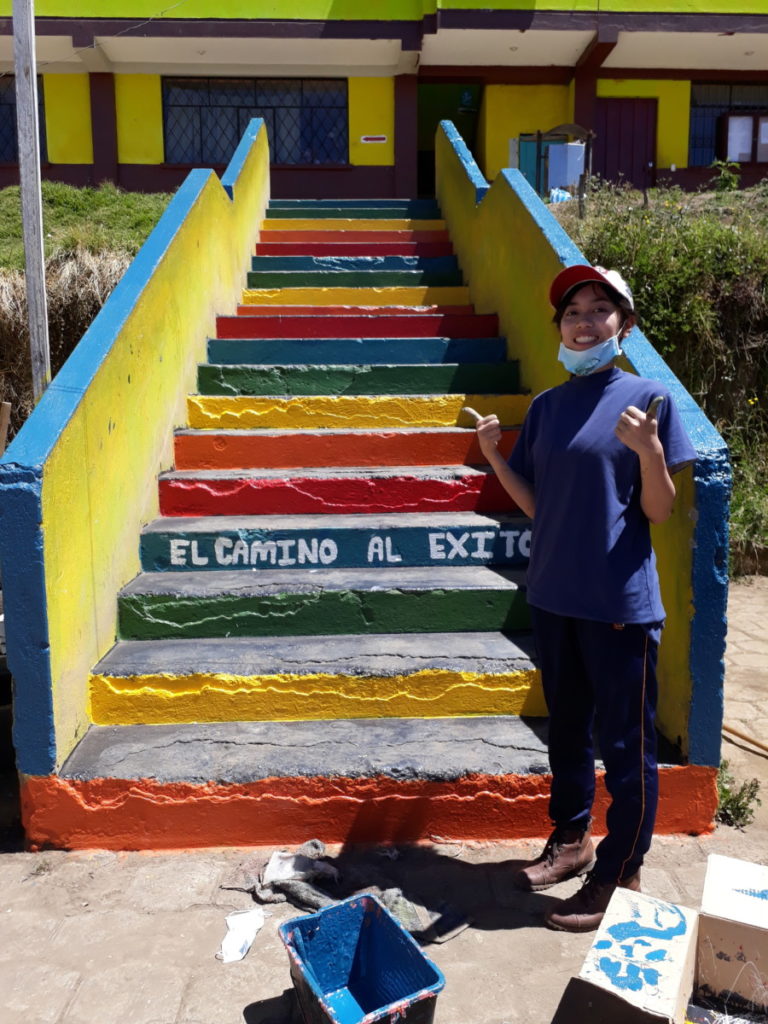 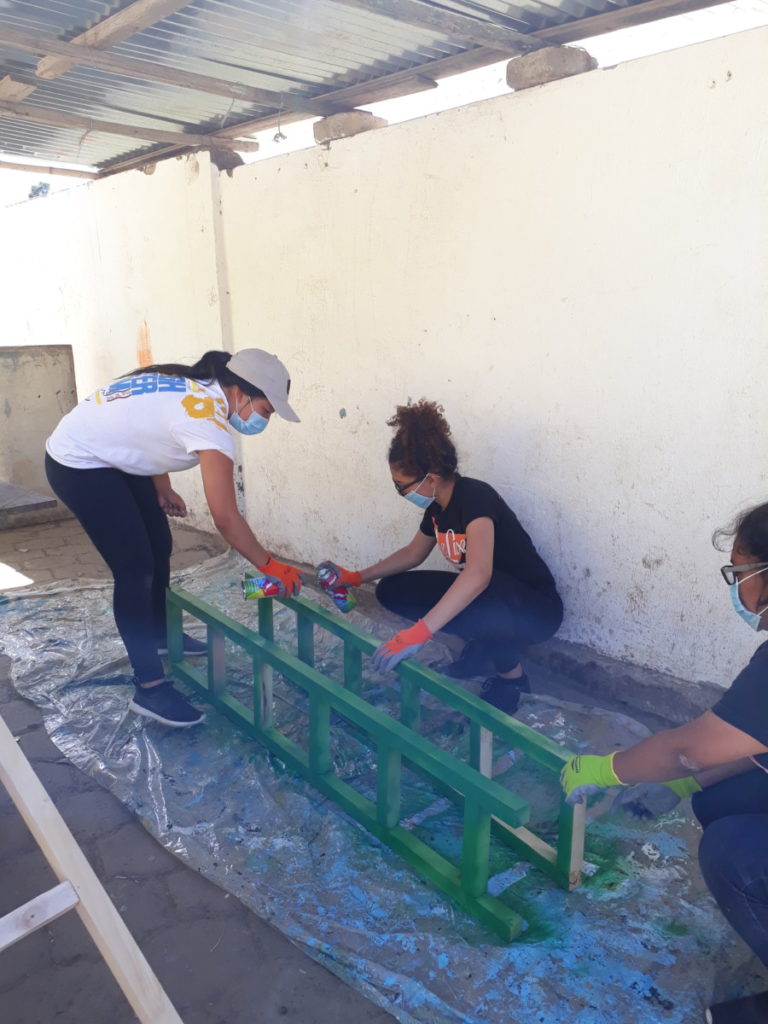 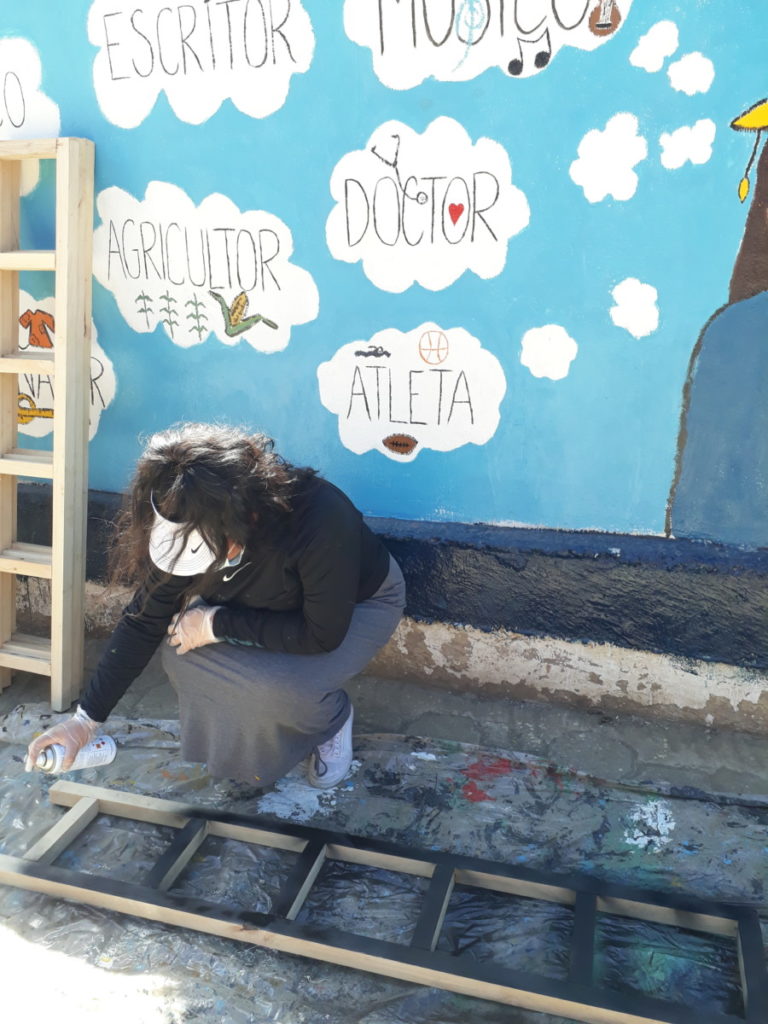