Day 12, Hiking the Chimborazo Volcanic Mountain (And I would walk 500 Miles….) 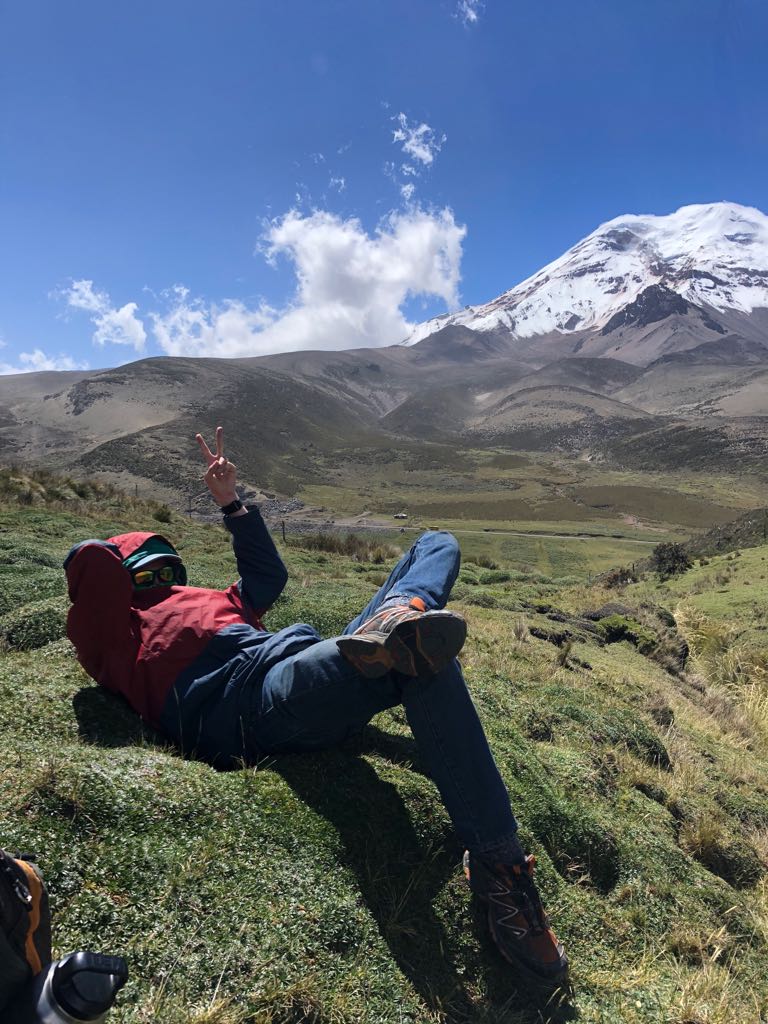 Hello everyone, it’s your Leaders of the Day for today, Louis and Aaron. It really has been a true pleasure to be the leaders of today. We started today off bright and early at 2:34 AM when the hotel’s doorbell began to ring with no foreseeable end. Louis got up from bed in a less than happy mood to check out what was going on. He realized that there were three guests locked outside and the security guard was nowhere to be found. After a few moments of back in fourth in broken-two-in-the-morning Spanish, the security guard was found in a dormant state and received a colorful morning wake up from Louis. Classy. 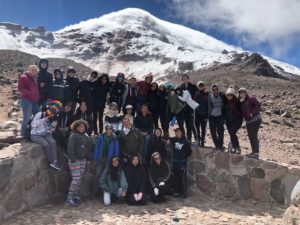 After the “morning” event we once more woke everyone up at the painfully early hour of 6:00 AM to the humorous and unforgettable monologue of Robin William’s “Good Morning Vietnam” radio broadcast (as yelled by Aaron with gusto). After gathering the sleepy masses from their hovels, we marched down to breakfast to find and wonderful array of food and drink awaiting us. This included; french toast, pollo con arroz, a warm raspberry drink, Guava marmalade, and hot mint tea. After noshing for a good forty-five minutes we began our odyssey to the Chimborazo mountain. 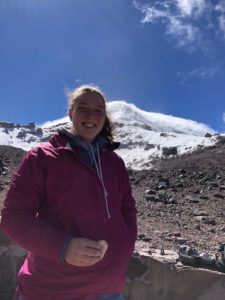 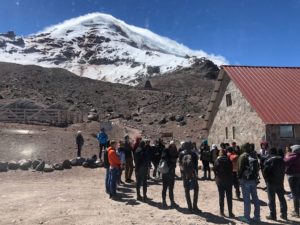 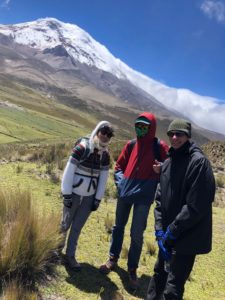 We first stopped at the mountainside monument to Simón Bolívar and the fallen hikers and explorers of the Chimborazo Volcanic Mountain. After a prayer in the Ecuadorian mother tongue Quechua, we repacked ourselves into the buses and headed down to the trail head for what would become a truly amazing hike.

Our guides confidently lead the way through a frigid and windy desert, complete with gusts of dust and freezing winds, towards a lush and fertile river valley. While walking, our tour guides educated us on the wildlife of the region, including but not limited to; a small grass like plant with sedative powers roughly twice the strength of chamomile tea when brewed, and a rare species of undomesticated llama that at one pointed dwindled down to a mere two hundred strong, but now thanks to the Ecuadorian Natural Preserve they stand over seven thousand! The lush part of the trail was incredible, everyone in the group found a renewed motivation to keep pushing forward after admiring in awe, the intense natural beauty of the Chimborazo river valley. It was Louis’ favorite day without a doubt and holds a very special place in Aaron’s heart. The same can be said for everyone else as well. 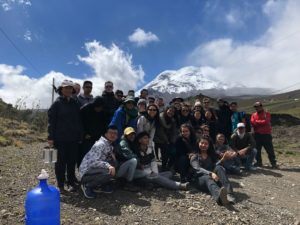 After an hour or so of napping on the bus, we arrived at our late lunch where we ate in exhausted silence while dining upon delicious pork chops, plantains, and chicken noodle soup that did in fact heal the soul. Upon returning to the hotel, naps were had, showers were taken, and journeys embarked to sources of caffeine and the internet. Many of us called our parents to say happy Father’s Day and to confirm that we indeed were still alive.

When we returned to the hotel we started our Community Action Project planning session for our second and last day of work the Carlos Garbay School. While many challenges were brought up, we are confident that our project will continue with the same vigor and efficiency as Friday. 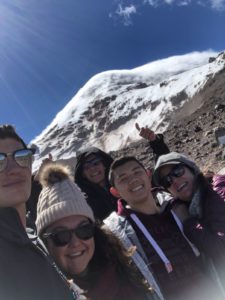 Dinner, yay. We arrived famished and parched, and ready to dine. Unfortunately, due minor scheduling issues dinner was not ready the moment we walked in. Louis walked into the kitchen to find Ms. Oji and our wonderful chef Isabelle furiously working away. Louis jumped right in helping make deformed empanadas the looked more like perogies, and Russian chubreks. Aaron was the true hero of dinner time, while Louis, Ms. Oji, and Isabelle worked away under the time pressure of hangry teenagers Aaron brought out his talents as a great entertainer and MC. He kept everyone occupied with jokes and conversation starters while dinner was being prepared. Thanks for saving me, Aaron. 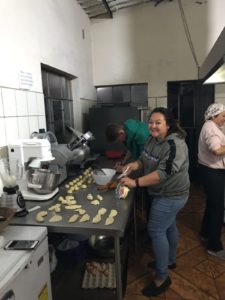 Thanks for reading the blog, we hope you enjoyed it. We’ll hear from you tomorrow and remember, GOOOOO GLIMPSERS.