Posted in RB3C Riobamba 8-1 by Shivani, Angie, and Pia, Glimpsers

Today, we woke up everyone up at 7:00 and gave them a 15 minute warning. As the leaders of the day, we helped the kitchen pass out food, pour drinks, and gave everyone hand sanitizer. For breakfast, we had cheese empanadas.

After breakfast, we took 2 busses to El Molino (a 45-minute drive). A lot of us were napping in the small bus, and in the big bus (aka party bus), we sang songs. On the bus, we had the chance to review the question of the day, which was “How does it feel to help others? What role do I have as a global citizen?”

We had a lot of time to think about this question today and ultimately said that helping others is rewarding and fulfilling. It’s intrinsically motivation because when you’re helping someone, you’re benefitting both us and them.

When we got to El Molino, we broke into 3 groups and started working right away! We were all in the mural group, but as leaders of the day, we got to walk around and help others. The communal house group is pretty much done painting inside and outside. The food storage group finished transporting all of the gravel and dirt onto the roof to build the wall. Tomorrow, they will mix the cement. What really impressed us was the food storage group formed an assembly line to systematically get the job done. 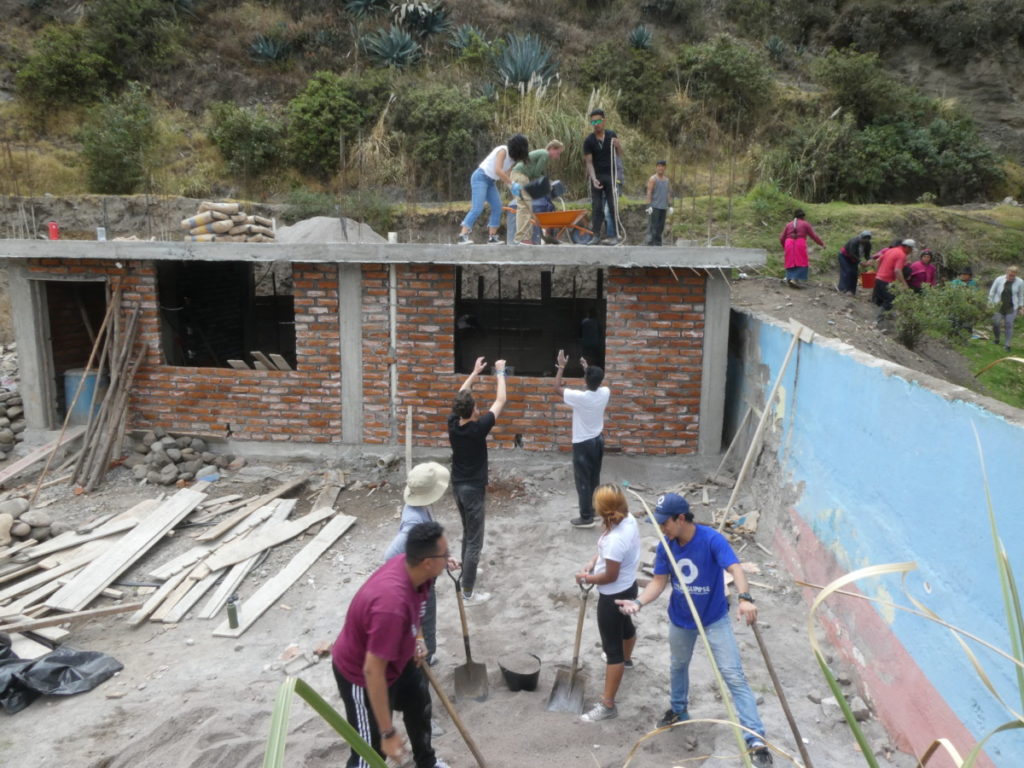 The mural group faced a lot of obstacles. When we first started, we found out that we had 4 tins of yellow paint and not enough of the right colors. We had 2 gallons of blue, but they were different shades. We also got some oil-based paints which made things more difficult. We found solutions to our paint problems by mixing all of the water-based-paints together. Adrian also helped by making a run to the hardware store with Emily to get more paint. 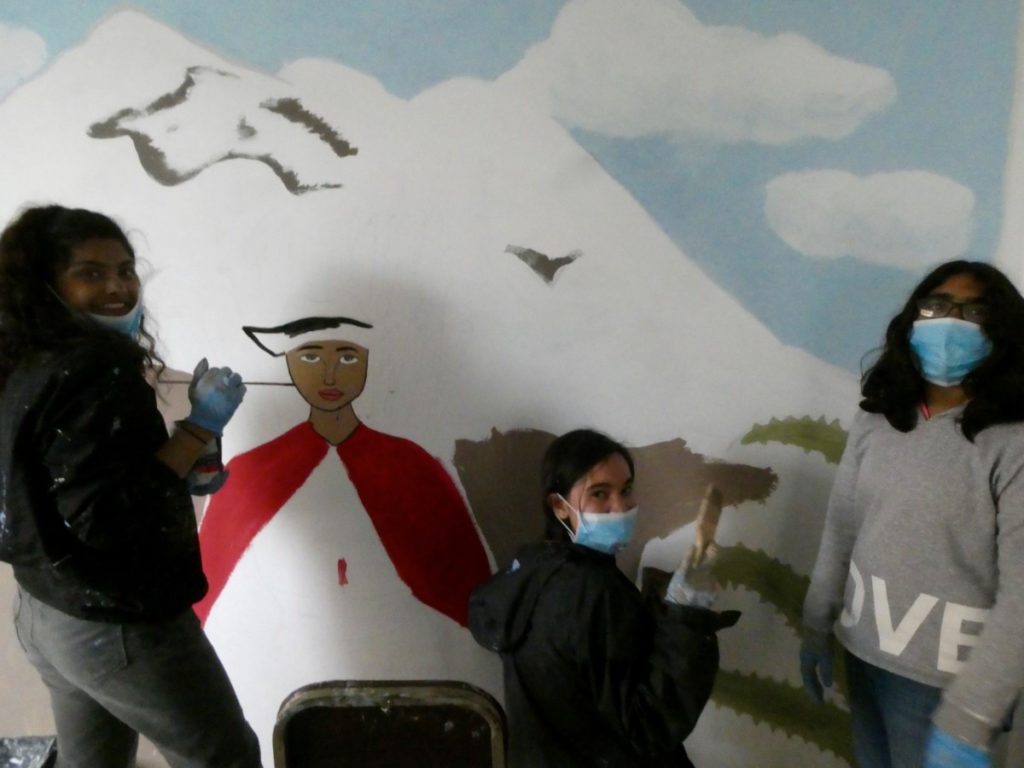 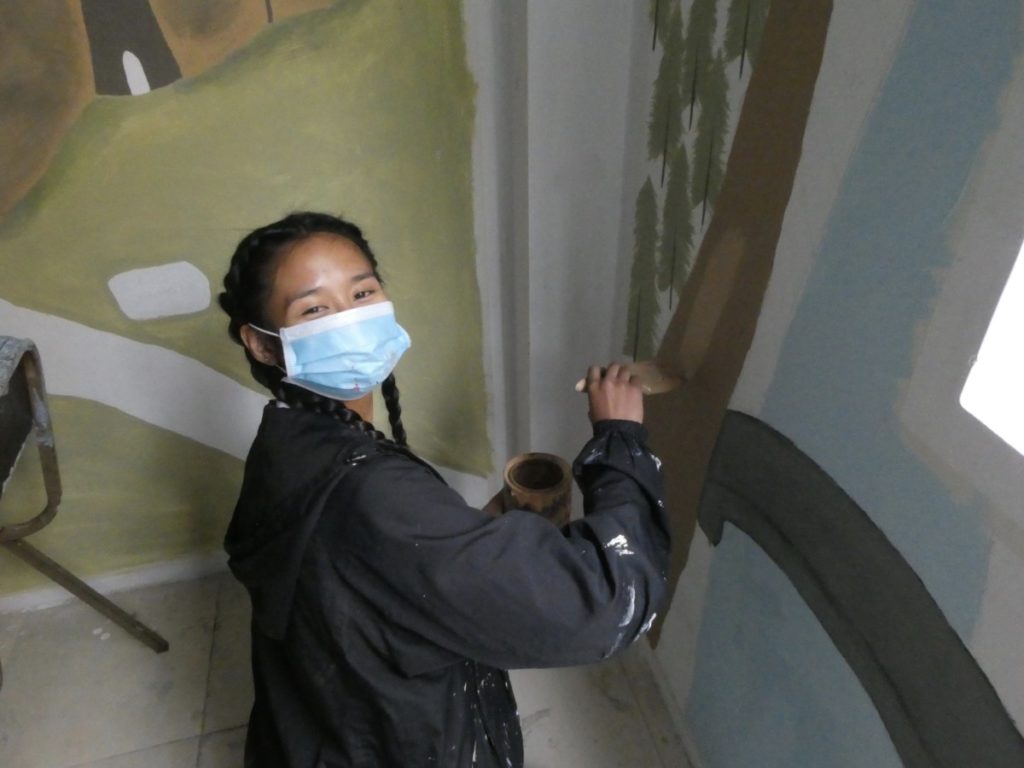 Despite all of the challenges, the mural group came up with our own solutions and did the best with what we had and still came up with a very beautiful project. 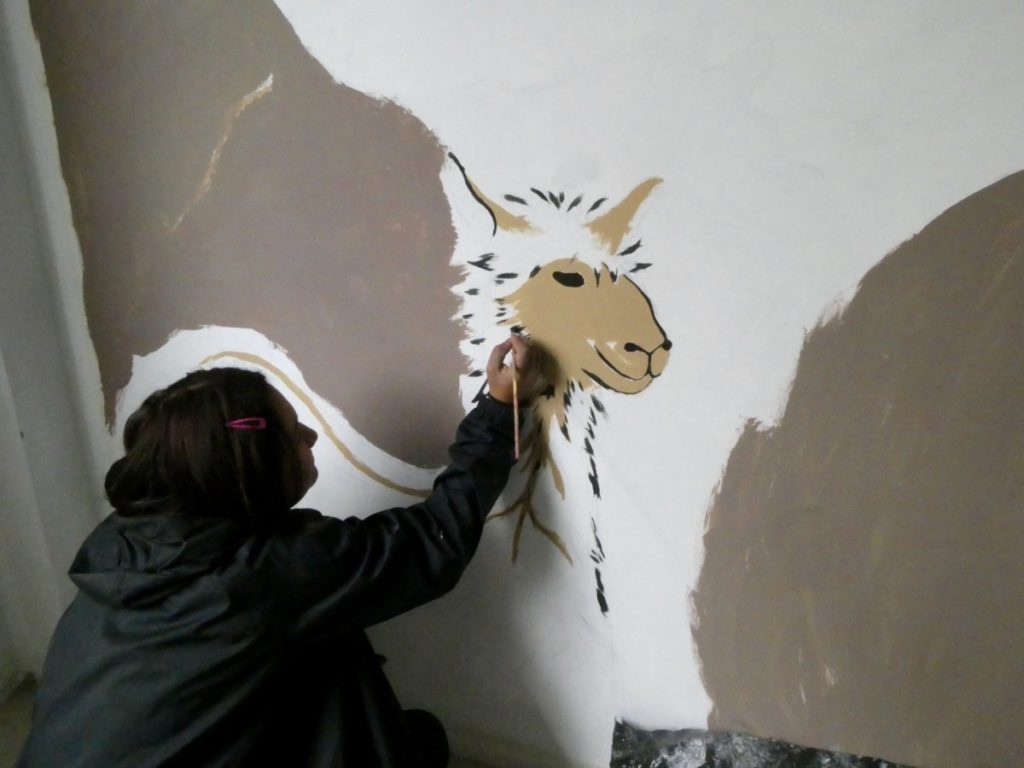 As LDDs, we also led the energizer for the day. We played human knots in two groups and raced to see which one would finish first. One group may or may not have cheated. After the energizer, we got back to work. The music helped the time fly and everyone dancing. Singing and the music uplifted the group.

At the end of the day, we were all covered in paint. 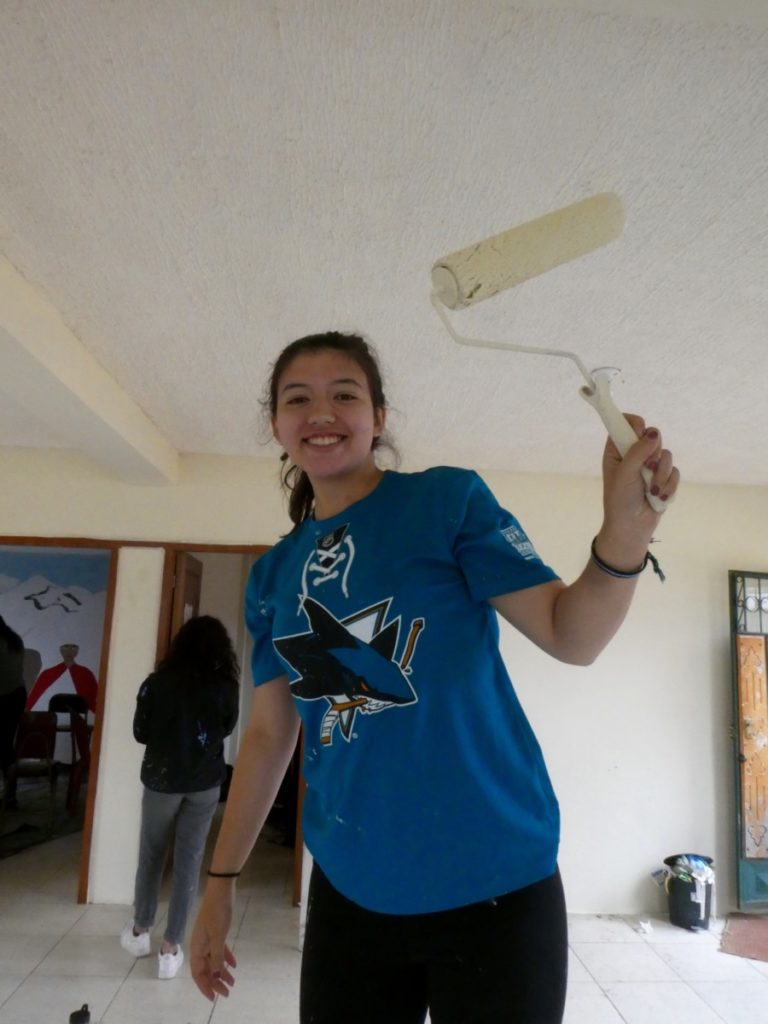 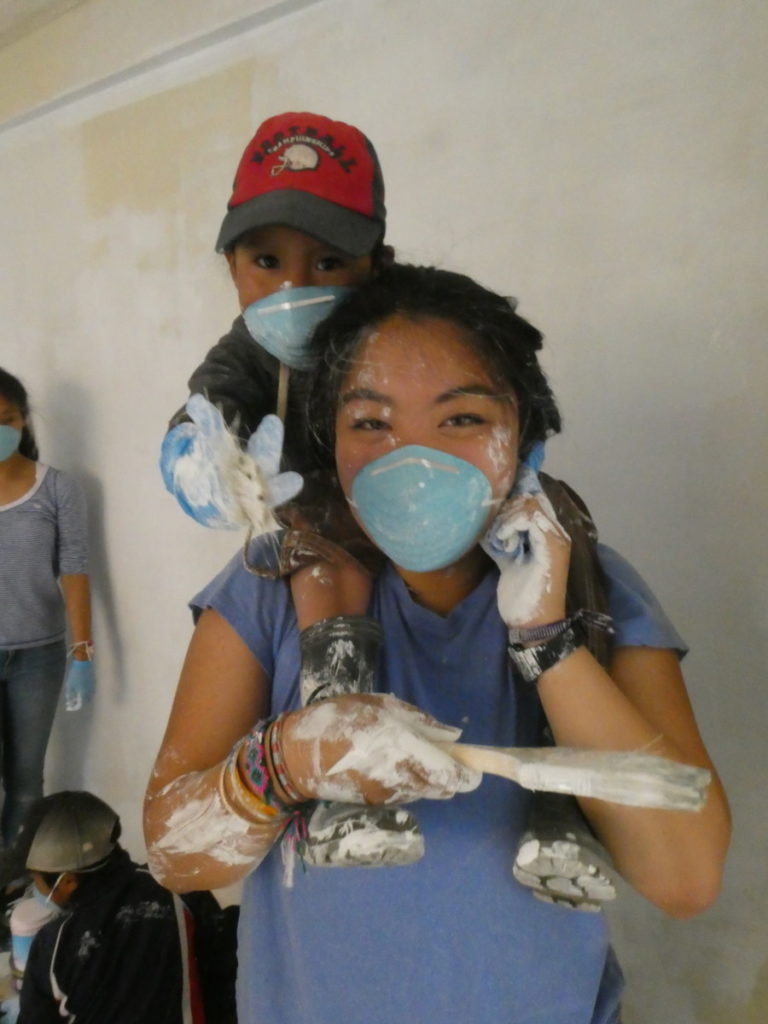 Shivani: For me, I was able to connect a lot more with the people in the group because I walked around and gave people food, water, and made sure everyone was OK. Everyone loved the Doritos! I formed a lot of connections today.

Angie: We would all feed each other too because everyone’s hands were dirty, so I fed people Ruffles. I went around to all of the groups to make sure they were taken care of. For the cement group that was using a hook to bring up the gravel, we hooked a bag of chips to the hook to surprise them.

Pia:  I helped pass out food to everyone before we served ourselves. We also made sure everyone was hydrated and using sunscreen as well as making sure that the mural group took breaks. Taking initiative was a big takeaway from today.

We learned that putting others needs before our own was important. We made sure everyone was fed—even the community members—before we ate. This also meant we had to eat quickly because we were the last to eat. Also, being a leader isn’t all about bossing others around. It means helping them and motivating them. Teamwork makes the dream work! We helped use each person’s strengths to make the project better.

We ended the day by passing on the torch to Jasper and Jennifer.

Shivani: Shoutout to Leonardo, who I miss more than my family.

Pia: Hey mom, dad, and Marc. If you’re reading this, I miss you and I’ll be home soon. PS I tried the guinea pig!

Angie: Hi mom, dad, Joe, Lisa, Nini, Cody, and Mocchi!! I miss you guys lots. I have so much to tell you guys. I’ll be home soon. See you guys later.