Our second day working on the Community Action Project was productive and fulfilling! We had an early start to our day with a wake-up call at 7:00 am and had yummy empanadas for breakfast. Don Fernando drove us to Carlos Garbay at 8:00 am. Once we arrived at the school, we went straight to work. The path team began by mixing the cement, gravel, and dirt together to make the concrete. The men hired by Carlos Garbay began to lay the concrete path. The two other teams resumed their work from CAP day 1 and continued to paint the arrows and tires at the school. During the first part of the workday, our path team felt like we weren’t making any progress because there were still huge piles of dirt and gravel. As much as we shoveled and wheelbarrowed dirt and gravel down to the path, it wasn’t enough to keep us from feeling disappointed. At the end of the workday, we had a realization that we actually finished 1/5 of our concrete path!

While building the path (which entailed moving rocks, dirt, and mixing concrete) was strenuous, we could easily see our progress, making our work translate easily into feelings of fulfillment. A group of students watched us from outside their classrooms as we mixed cement, and moved it to the path. Being that one of our goals with this project was community engagement, this was a fantastic feeling. The excitement towards the activity happening around them was clear, raising our hopes that the new addition will be welcomed.

The two other teams as well made significant progress and should easily finish tomorrow during our final CAP day. Rarely do we get opportunities like this to work on something so meaningful, and something which requires so much genuine teamwork, making working, never feel like work or just a job. This was a project we chose and one which we hope dearly to see through.

Connecting back to our quote of the day which states that “[t]he great challenge of the twenty-first century is to raise people everywhere to a decent standard of living while preserving as much of the rest of life possible”  (Edward O. Wilson), sustainability was always on our minds. We originally only intended to clear the path, without laying cement, but we quickly realized that this was only a temporary solution. So, with help from Carlos Garbay, we hired workers to lay concrete and create a change that would retain impact for years to come.

This CAP day reminded us of the reason why we were doing this in the first place. A frequent topic of discussion these past two weeks have been meaningful aid and how to create sustainable change; this project reminded us of two things: that meaningful aid is possible, but it isn’t easy. Like empathy, it takes courage, communication and hard work to create lasting change. One of the 3 C’s is commitment. We wanted to show our commitment to the school and to the delegation as a whole. As LDD’s on one of the physically hardest days, we noticed everyone encouraging and cheering others on for their hard work and dedication to get our project done! 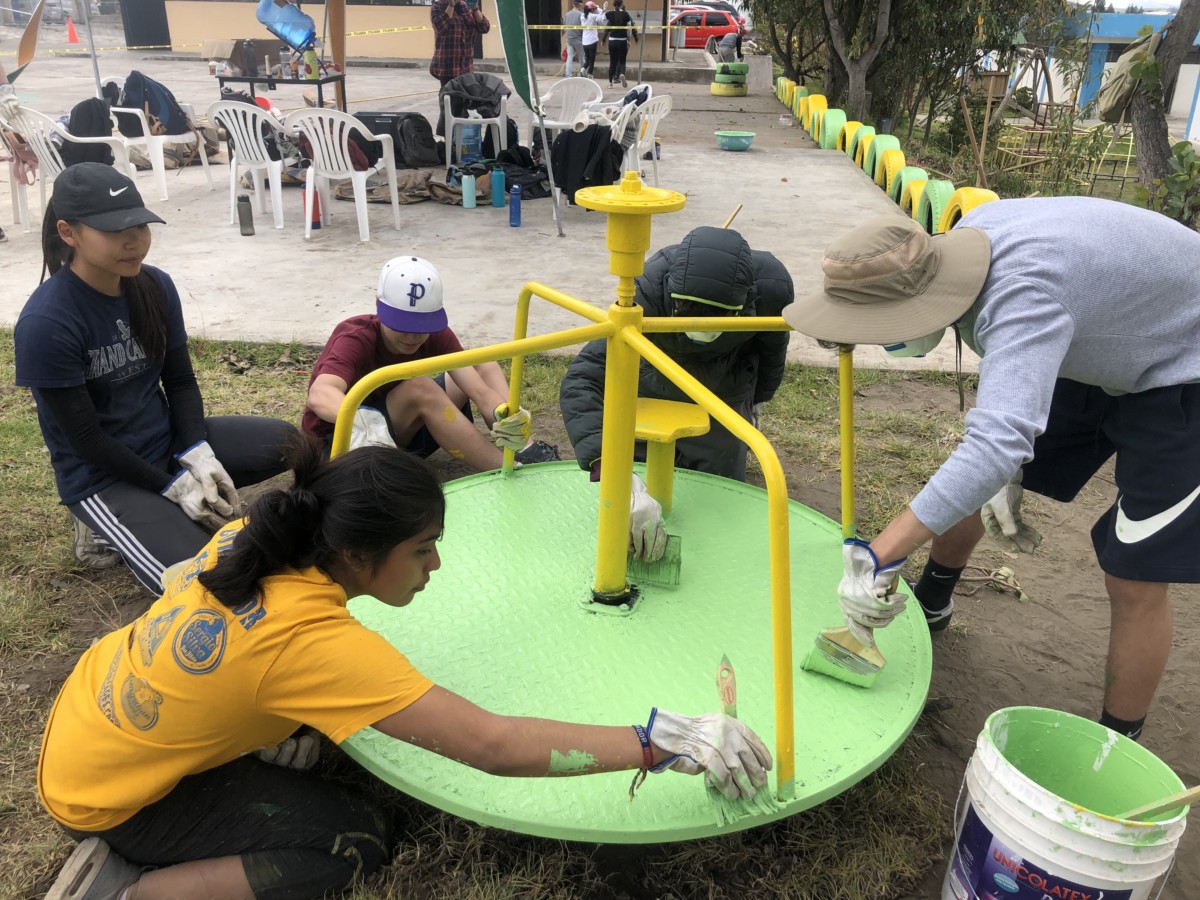 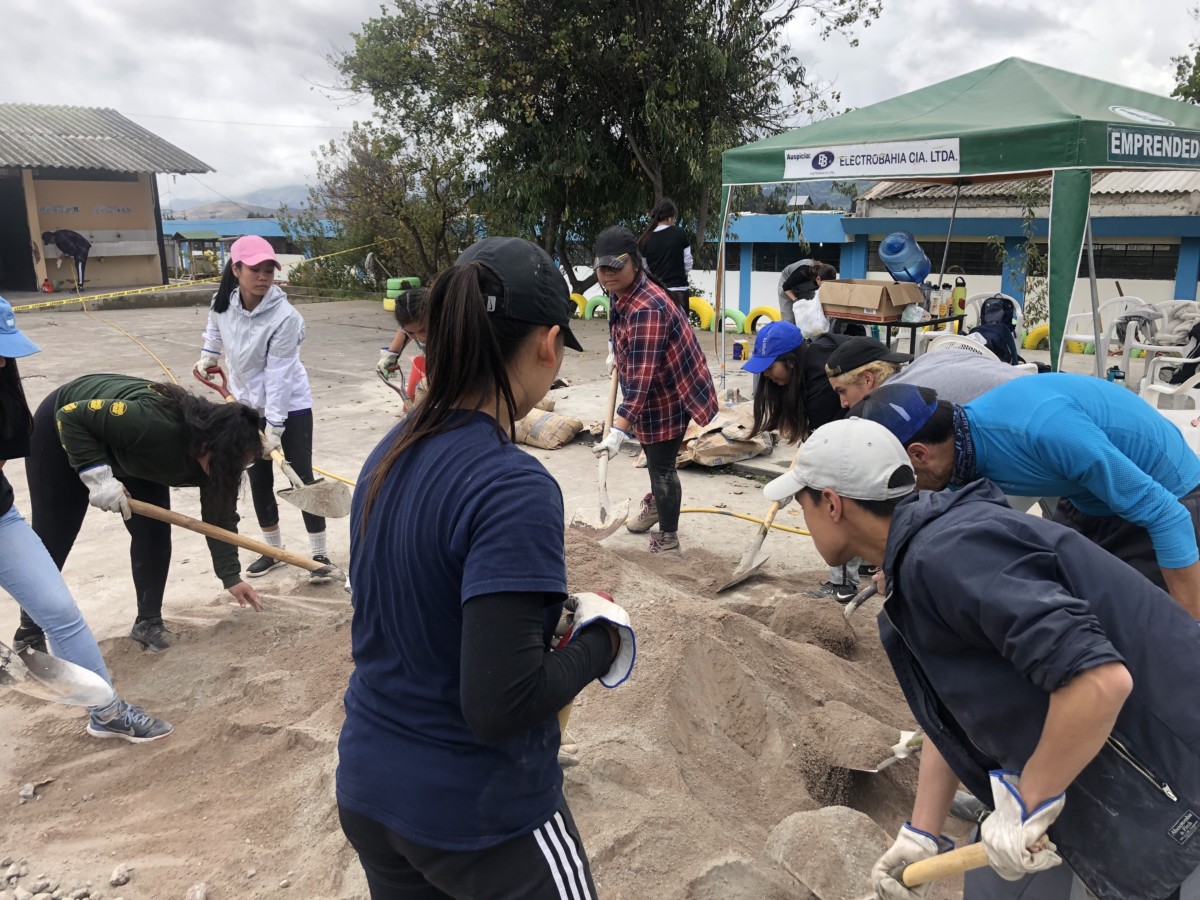 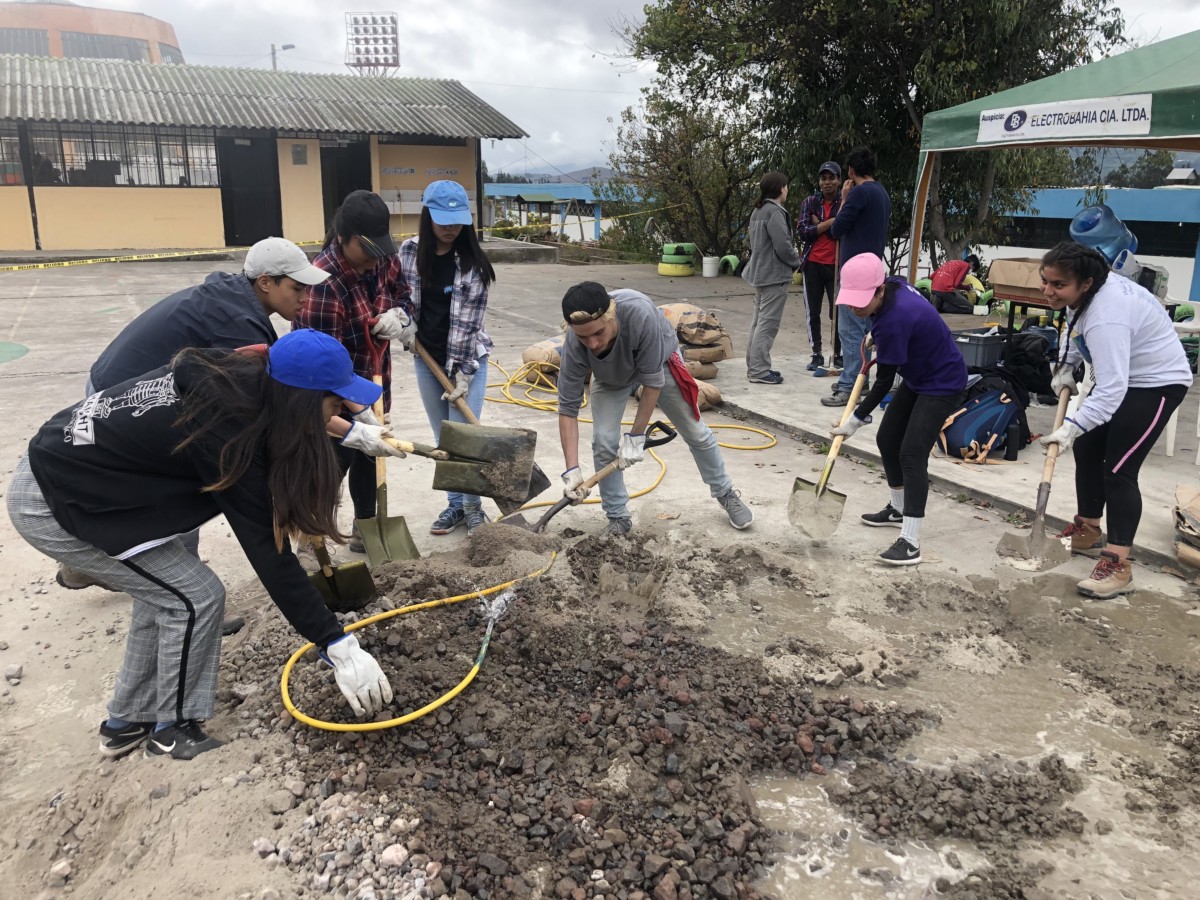 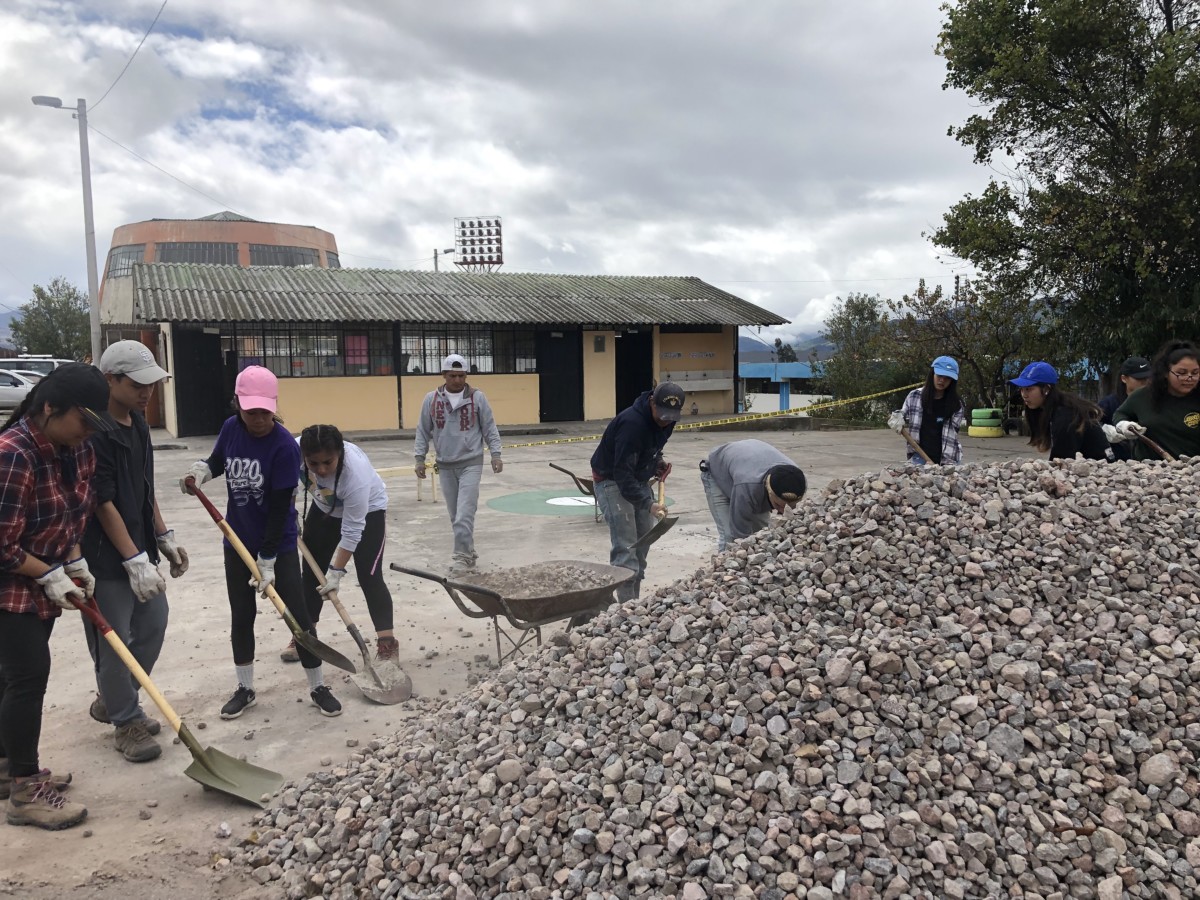 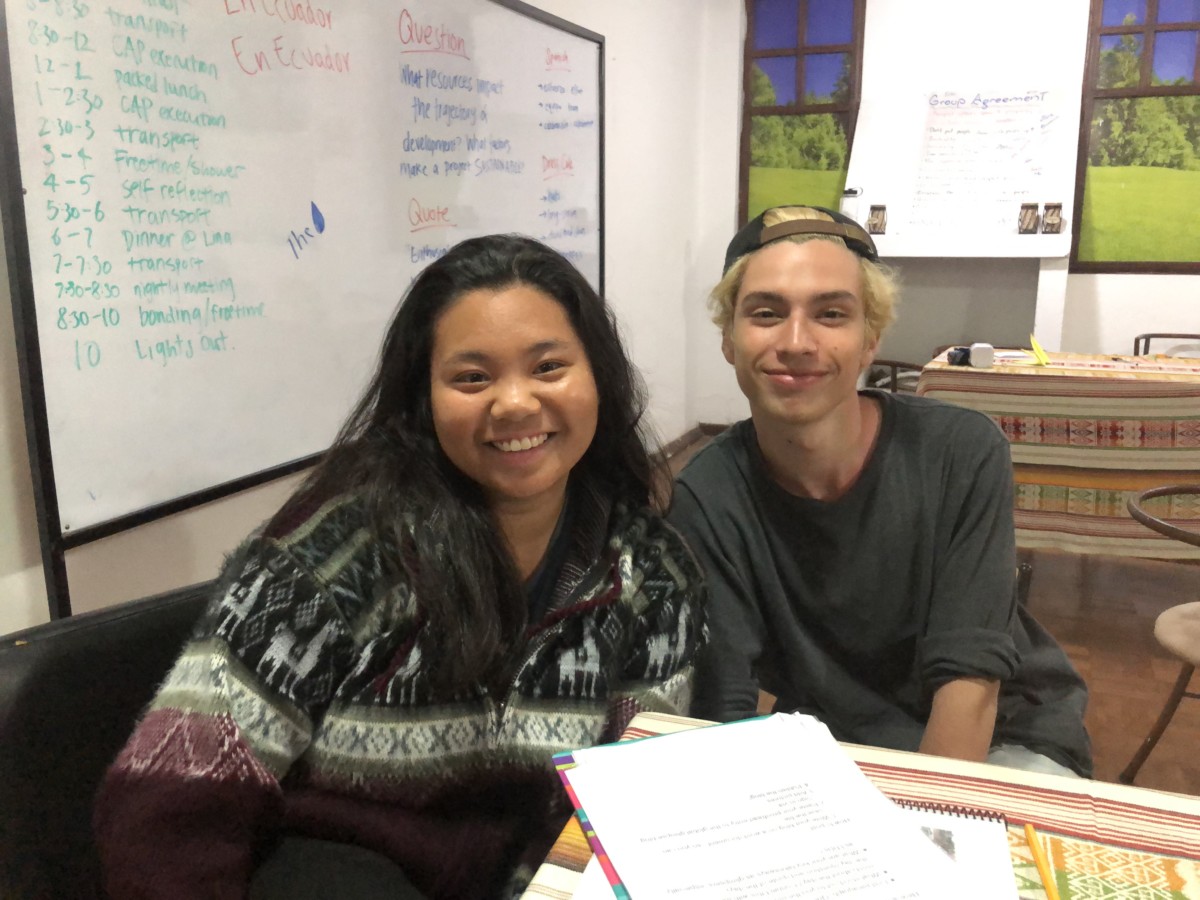 The LDDs, Donna and Noe 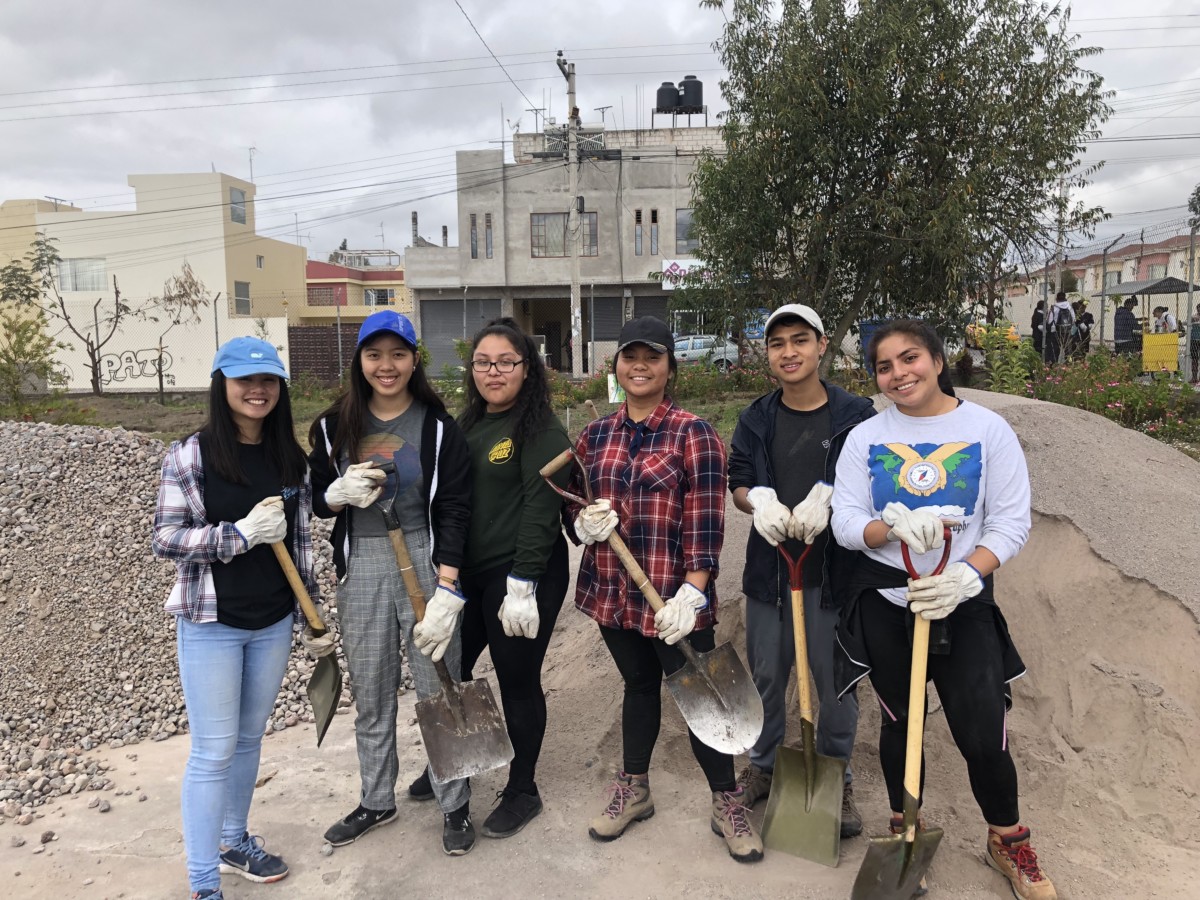 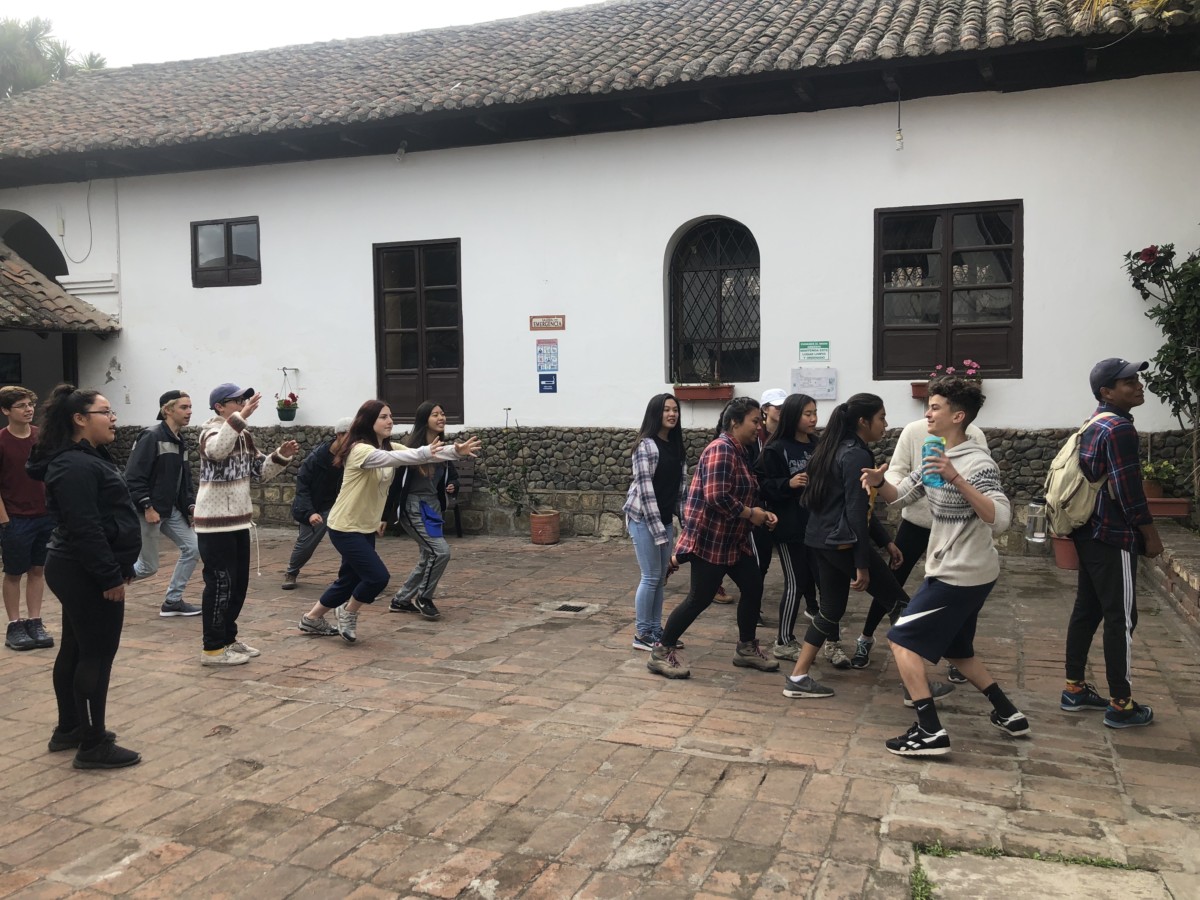