Posted in JA1B Jarabacoa 7-1-2019 by By Juliet Perez and Lulu Chavarria, Glimpsers

Every good thing eventually comes to an end. Sadly, that was the case for our Community Action Project as today, day three, commenced. After breakfast, we boarded the bus to take our last ride to Las Cabirmas, the community where we had spent our last three days. As always, our bus driver Jesus prepared us for the hard work to come by blasting our favorite Dominican songs and singing along with us the entire bumpy ride.

Today, we were already off to a great start considering we remembered the bag full of gloves that we knew we desperately needed. Upon arrival, we could already tell that the locals had done some work while we were gone. Right away we chose our stations and rapidly began working. This time around, the energy at the community center felt so much different. Looking back on our first day at Las Cabirmas, we can remember the looks of uncertainty we received from the workers as our ragtag team attempted to learn the basics of construction. Now, however, they called us by name when we were needed in the areas we were best at, and trusted us to teach our peers our newfound tricks. Often times one could see a local fetching the concrete from the pile to bring to us, rather than the other way around. We worked as a fluid team, and the variety of languages seemed unimportant compared to the bond we all formed.

As the day progressed, we began to realize the tremendous progress we had made. From hearing what we were about to do on day one to seeing what we did on day three was vastly different. We literally got to see our goals be built from the ground up. From just a roof and an uneven floor, we eventually constructed entire walls, the base for cement posts, as well as a stable floor. Even though we were aware that our initial goals were a little far-fetched, we put our all into what promises we knew we could keep, and worked until the very end.

Finally, it was time for Big Love. We circled around the concrete piles and cinder blocks to share our final thanks. Expressing our gratitude from both ends led to an emotional goodbye and we’d be lying if we said no tears were shed. After tons of hugs and number exchanges, we had to board the bus again and make our way back home. As we drove away, we had mixed feelings of love, sadness, relief, and joy both for Las Cabirmas and ourselves. Jesus, as always, pumped up the jams (aka techno ball) and got us back on track just in time for English tutoring.

We had a brief 30 minutes to change from dirty construction clothes into our business casual to make it to our last class ever. The class was just as emotional as the rest of the day. After spending 10 short hours with our students over a period of 5 days, we had formed such strong bonds and connections with them, making it impossible to say goodbye. Our final goodbyes consisted of exchanging phone numbers and social media accounts in an attempt to ensure we would stay in contact.

To end the day, the women in the kitchen made us with a surprisingly American meal that consisted of hot dogs and french fries, something we hadn’t had in a while. As dinner ended and we got ready for the nightly meeting, a few Glimpsers gathered around John and his speaker for an impromptu dance party in which we managed to get both Tina and Ben to dance, signifying the chemistry the group has created and the feeling of achievement we all felt. As tomorrow is our last full day, we are already beginning to reflect on the impact that this trip has had on us and will continue to have for the rest of our lives. 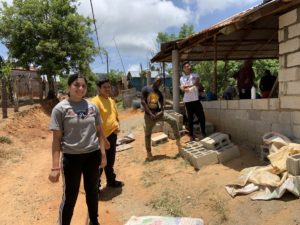 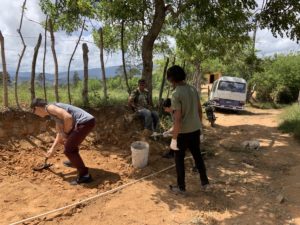 Start of the Bucket Brigade 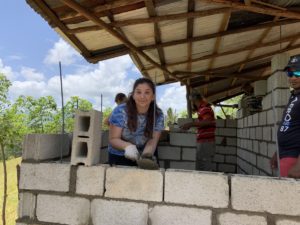 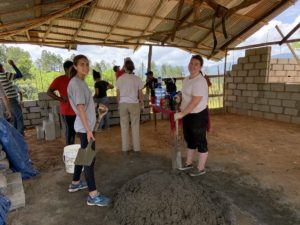 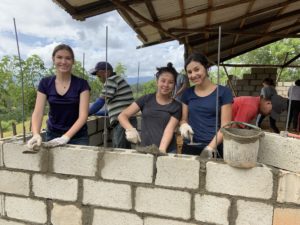 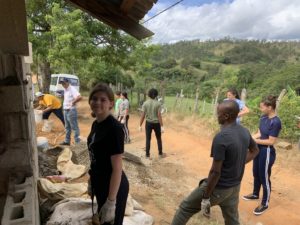 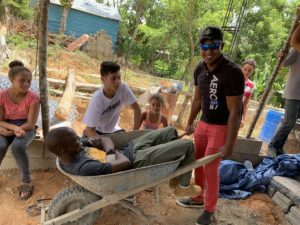