Today on the 12th of June, the glimpsers’ attention was brought to the world of workers within the Dominican Republic.

After an early breakfast to start off our first event, we headed to Jonathon Batista’s greenhouse which was created in 2002 as a strategy to increase the amount of vegetables that can be produced. We met with the supervisor, Ismael “Chucho” Disla who showed us what it was like to “work like a local.” We made sure our fellow glimpsers gave it their best efforts in the greenhouse. Numerous groups were selected to helpthe locals harvest their tomatoes and bell peppers for around 2 hours. It was an amazing experience and truly heartwarming to lead our friends through this event and seeing them put their personal best under the humid climate. In such an intense climate, we made sure that everyone was well fed and hydrated throughout the entire experience. After the these hours of hard, dedicated work, everyone was able to establish an understanding for the laborious lives of the locals. 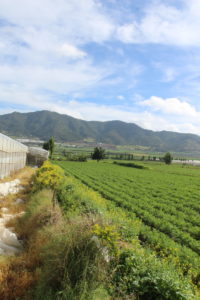 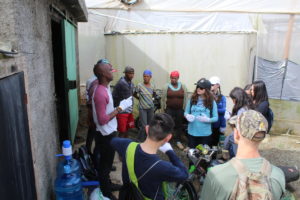 Our PC John translating the introduction to the farm workers. 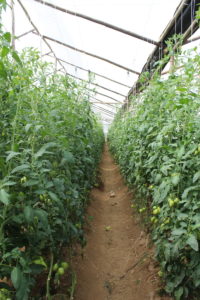 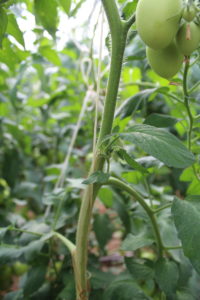 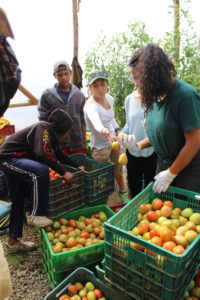 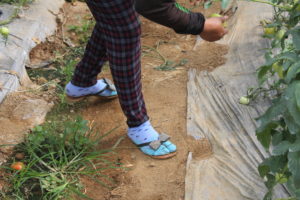 Two of the women farm workers wore socks and flip flops instead of shoes. 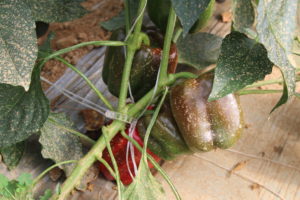 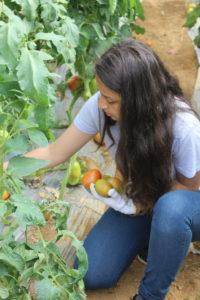 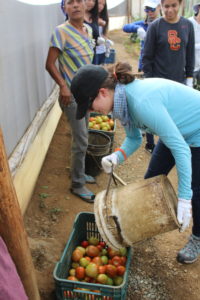 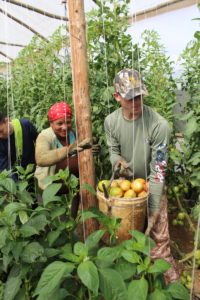 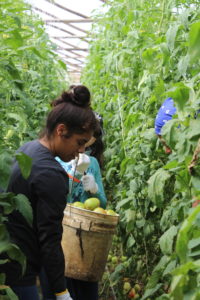 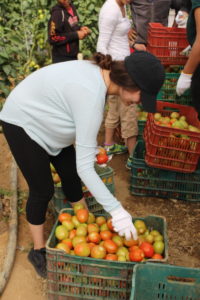 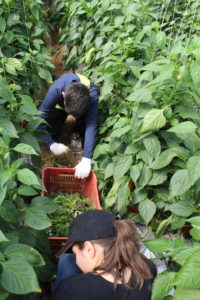 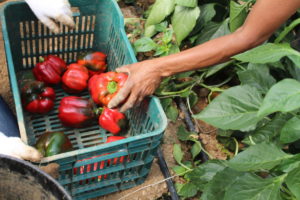 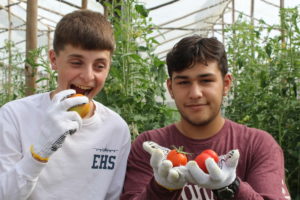 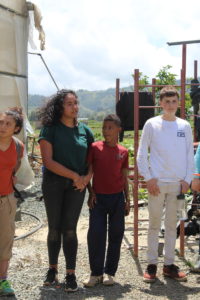 Leilani with one of the boys that works on the farm. 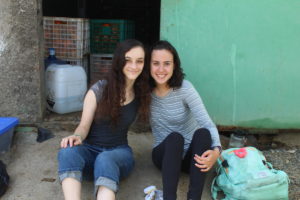 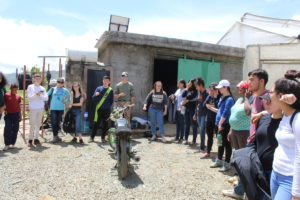 Gratitude circle closing at the farm.

After a delicious authentic Dominican soup for lunch we departed using a bus on the busy streets of Constanza, we arrived at our second event of the day. The destination was a vegetable packing plant that exported Tomatoes, Cucumbers, and bell peppers solely to the U.S. Once there we were greeted by Angely Duran and Greyli Valenzuela who gave us a tour of the plant. Before entering the area where they cleaned the cucumbers we had to put on hair nets, wash our hands, and disinfect our shoes. Inside we learned how many regulations there are for food going into the U.S. there are, which, while being good, also causes the waste of a lot of vegetables due to size.

At the end of the day,  it really made us think of waste from the U.S. and complicating regulations.

We were not allowed to take any pictures from inside of the plant but here are a few from outside: 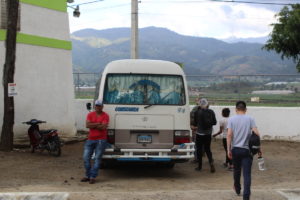 Danilo, our driver with the bus that we take around town! 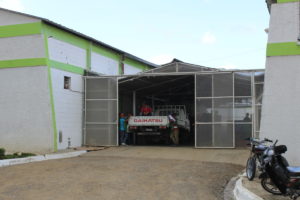 The outside of the packing plant. 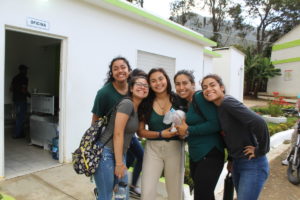 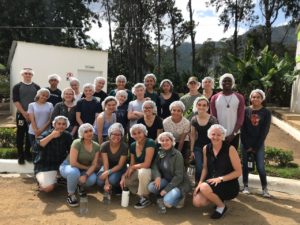