“A people without the knowledge of their past history, origin and culture is like a tree without roots.” 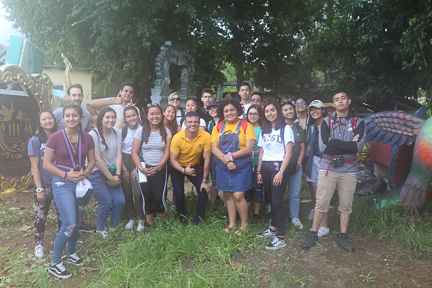 After breakfast and an as-quick-as-possible seminar, our Glimpsers began their third day in country by walking from the hotel to the home and workshop of Roberto Villareal. Roberto is a local artisan whose business is the construction of floats and costumes for Carnaval, celebrated every year in February or March, and inherited from Iberian Europe. Roberto was very kind, and more than happy to set up his workshop as an archive of previous work for the off-season and visits by Glimpsers. 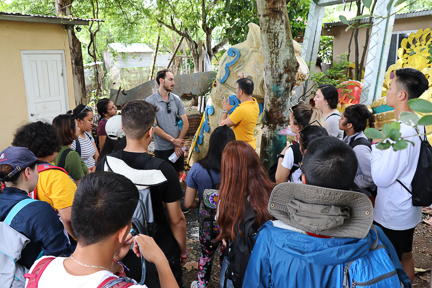 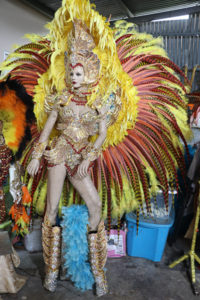 Roberto explained the history of Carnaval to us, with one of the fluent Spanish-speakers serving as a translator. Roberto explained the design and development of masks, dresses, and parade floats while encouraging us to try on some pieces. In particular, Roberto highlighted that one of the major differences between Las Tablas and other places that celebrate Carnaval is the rivalry between Calle Arriba and Calle Abajo, which is a large part of the appeal!

After lunch and a bit of time to relax, we spoke to our second contact of the day, Manuel Cordoba, about the Mejorana. The word refers to a physical instrument, but also the poetry, song, dance, and festivities based around it. It is also uniquely of Los Santos, having been created by Spanish settlers whose European instruments broke so easily to Azuero’s climate. Manuel was even willing to recite some of his poetry for us, as well as playing a piece composed by a former president of Panama! 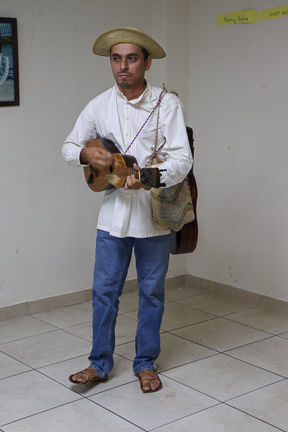 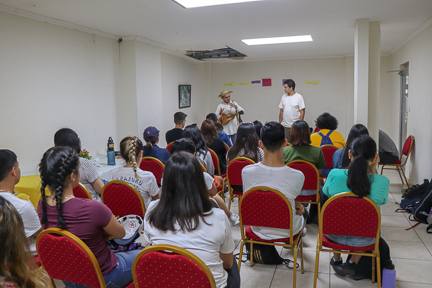 From there, Manuel walked with us to the church, to talk about the intersection of culture and religion, while also bringing us full-circle to the rivalry between Calle Arriba and Calle Abajo during Carnaval, a feud that has its origin in religious disputes of the region going back before the founding of Las Tablas. 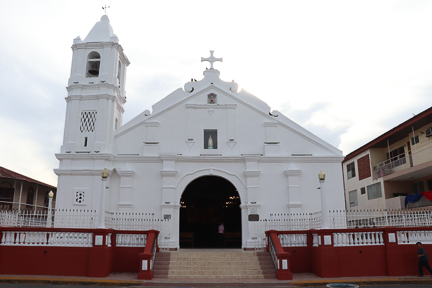 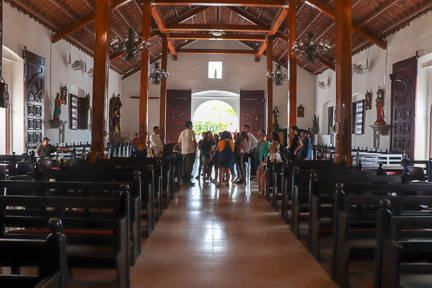 Manuel also gave us all an explanation of some upcoming celebrations honoring the patron saint of Las Tablas, Santa Librada, who is also the point of contention that began the disputes that would become the local version of Carnaval! 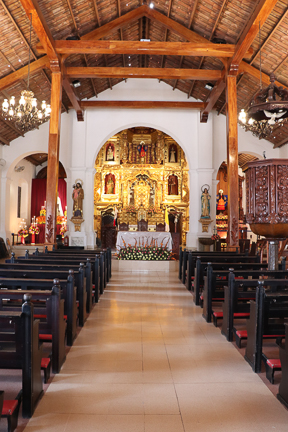 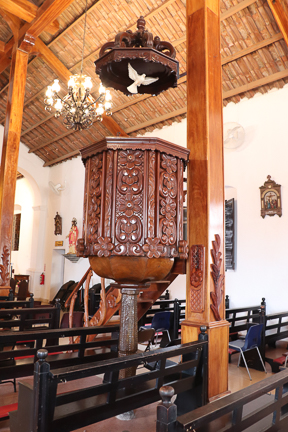 From that last discussion, we went back to the hotel to discuss what it means to have culture grow and change. Can culture stay the same as it always has been? Should it? What if aspects of that culture are harmful to the environment, or offensive?  Ultimately, nobody can really make one answer that’s good enough for every cultural exception, so we settled on “it depends.”