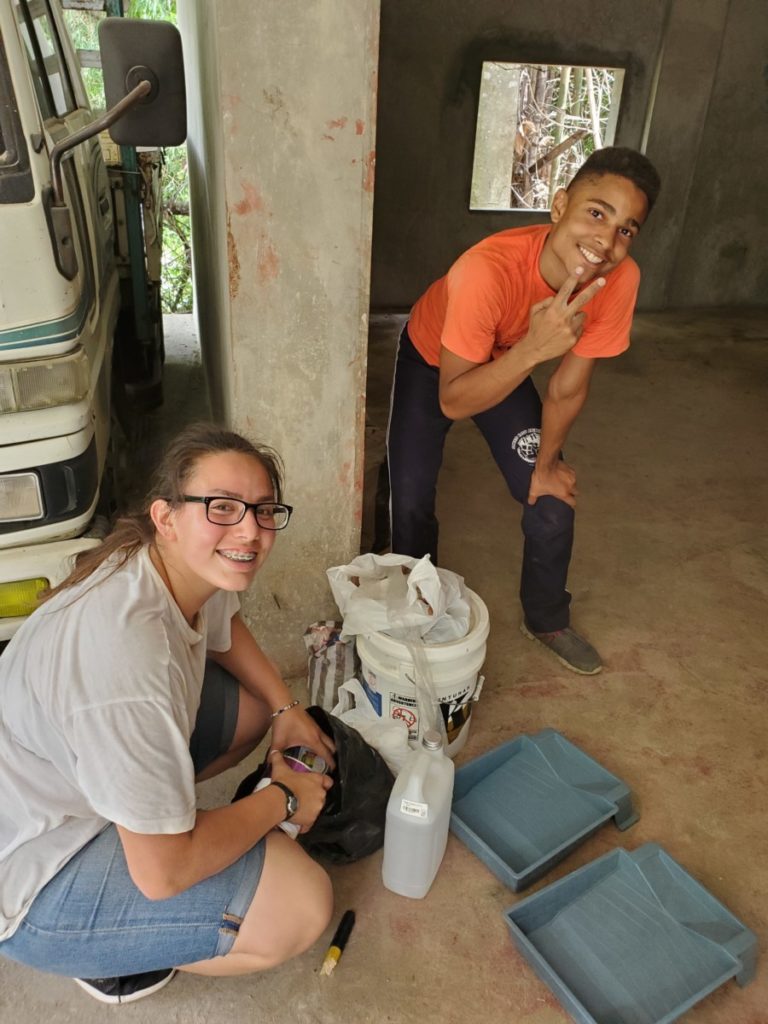 Coming off the second and final free day, the Glimpsers woke up bright and early feeling refreshed and recharged. After breakfast, we traveled to the location of the community action project (CAP) which is located about 45 minutes away from the accommodation. For those who may not know, the CAP project is a way Global Glimpse supports and collaborates with a community to accomplish a goal of theirs. On the way, we listened to the much reoccurring Cardi B. and Bruno Mars. As we arrived to the site of the project, we prepared ourselves physically to take on the heat that the Dominican Republic has to offer.

To start the project of remodeling an old building to become the community’s first trading post, we needed to clean the area. This involved cleaning the building’s top, inside, and outside of all dirt and plants that were there. We separated into four different teams, three of which cleaned and one went to a store to buy paint and other cleaning materials. The top of the structure was covered in bamboo that needed to be removed, while the inside was filled with dirt and planks. The outside was the most difficult to clean, however, because the Glimpsers had to dig out all of the plants and other vegetation growing in the way of a future walkway. It was when we started digging that we realized that the ground was also littered with ants, some of which found their way onto a Glimpser’s leg (sorry Conzuelo). As the teams on the inside and the top of the building began to finish up, they joined forces in the blazing sun with the outside team. After all the vegetation was cleared out from the designated walkway area, the Glimpsers took a much needed music break.

When the Glimpsers from the hardware store arrived with materials to begin painting, we were told by the community members that the walls first needed to be sanded and smoothed out. Glimpsers used bricks and metal hand scrapers to accomplish this, and the process created lots of dust and dirt inside the building. For lunch we went to the Federacion de los Campesinos, and then back to the accommodations afterwards. After some bucket showers (the water was off), some of the Glimpsers enjoyed free time around the city. It was just as they were coming back when thunderstorms began to pour down on Bonao.

Although the day might not have seemed very productive, it was a crucial step in order to ensure the success of the rest of the project. We will continue to work on the trading post for two more days, closing out the rest of this amazing trip. 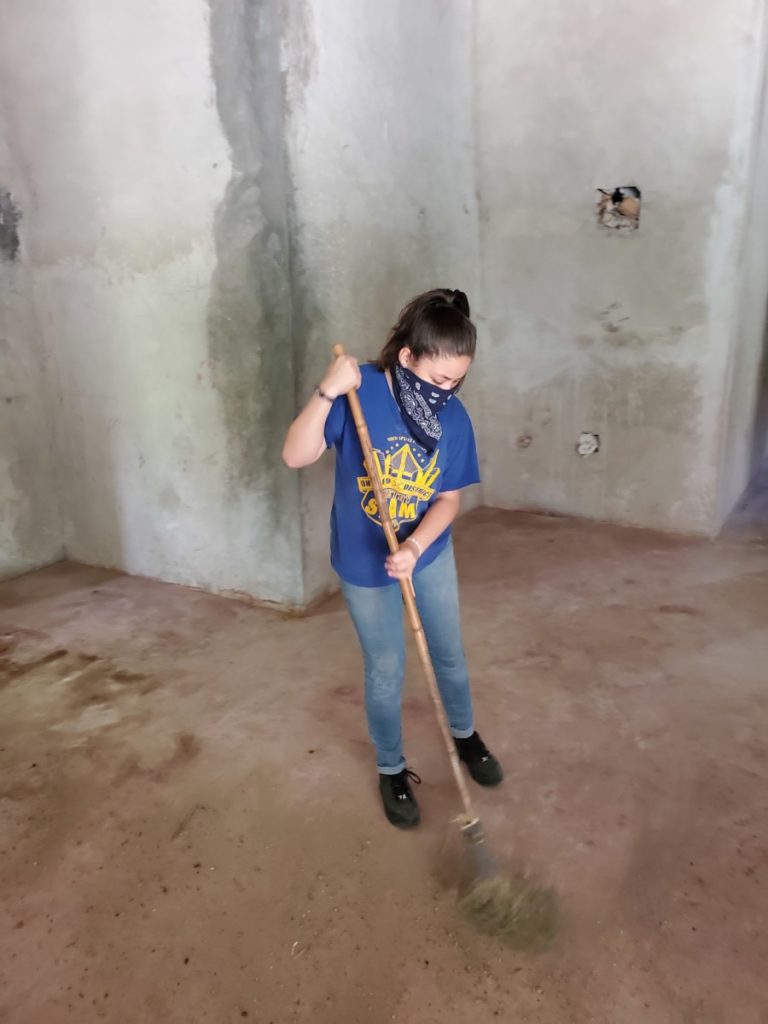 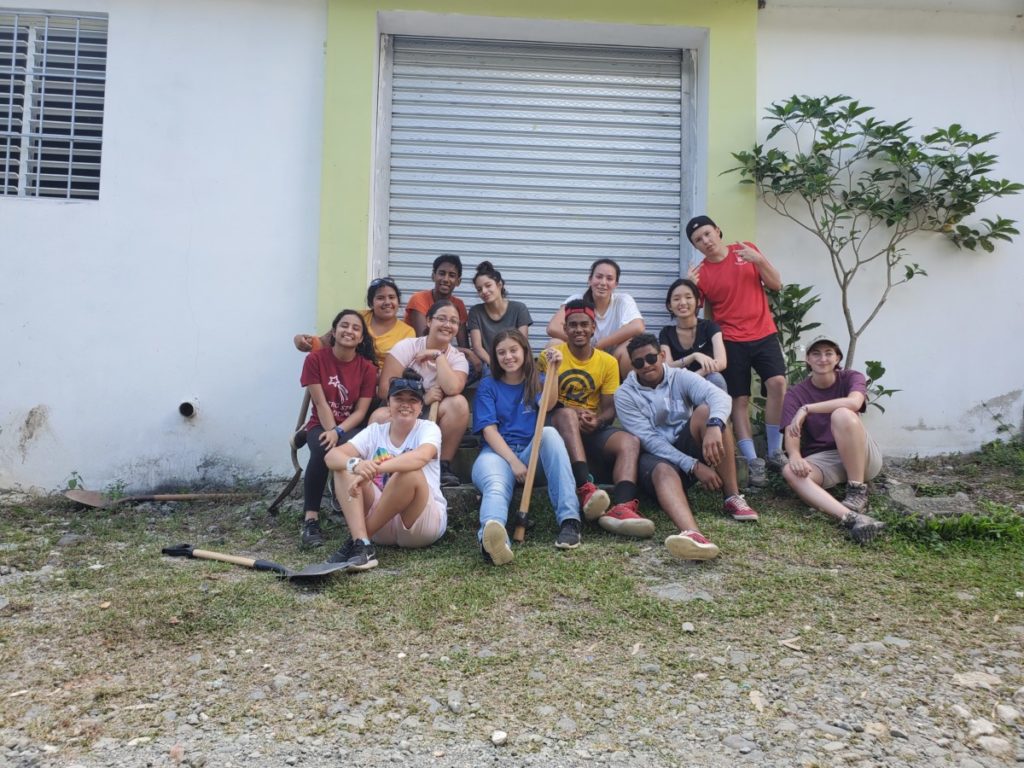 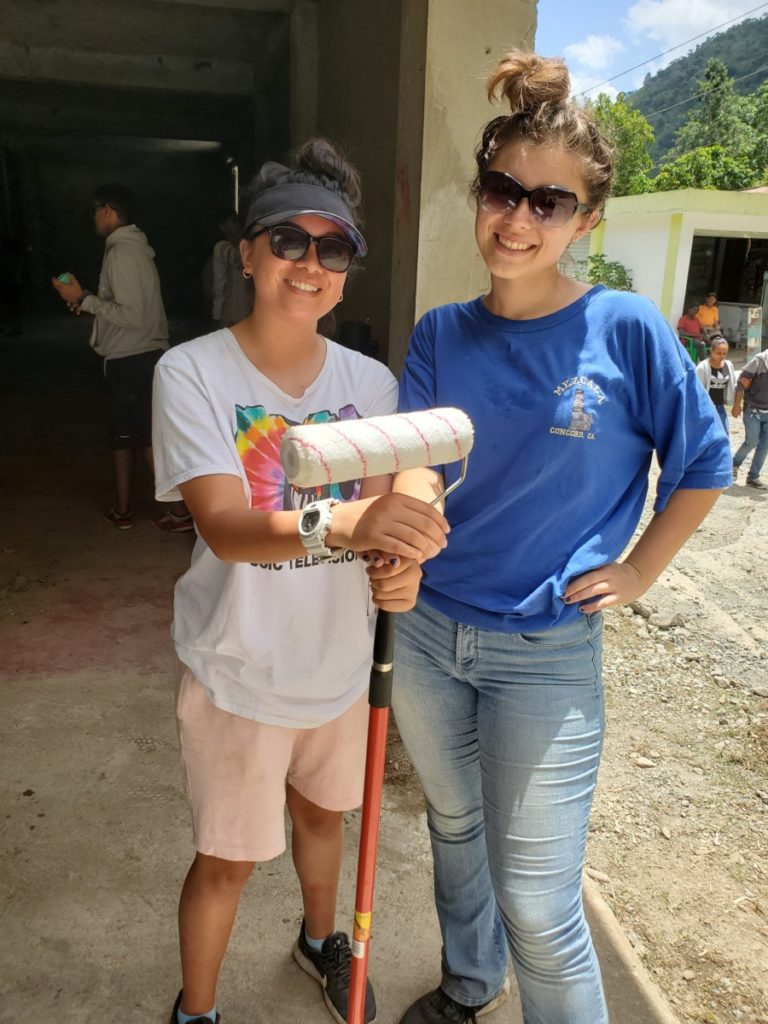 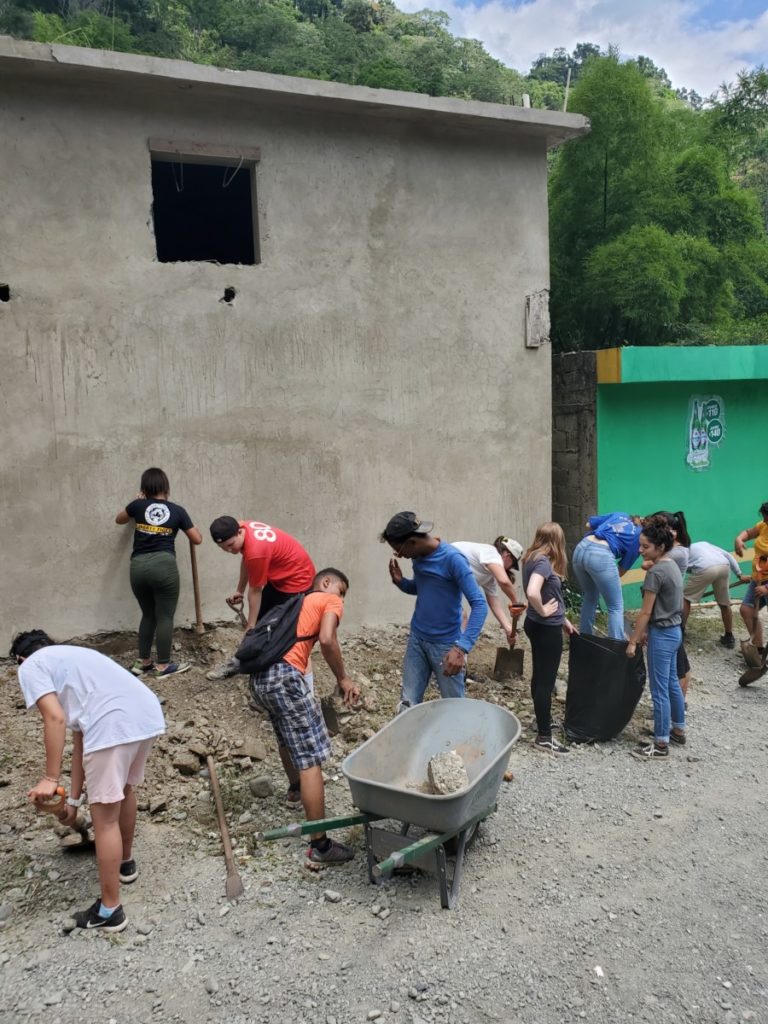 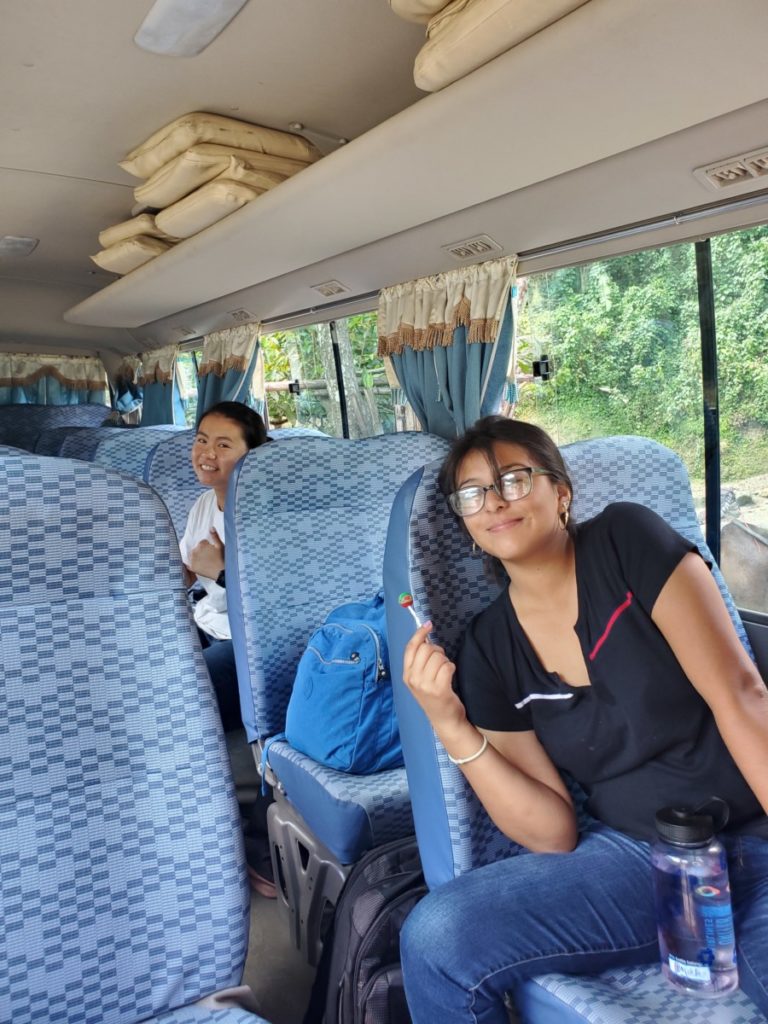