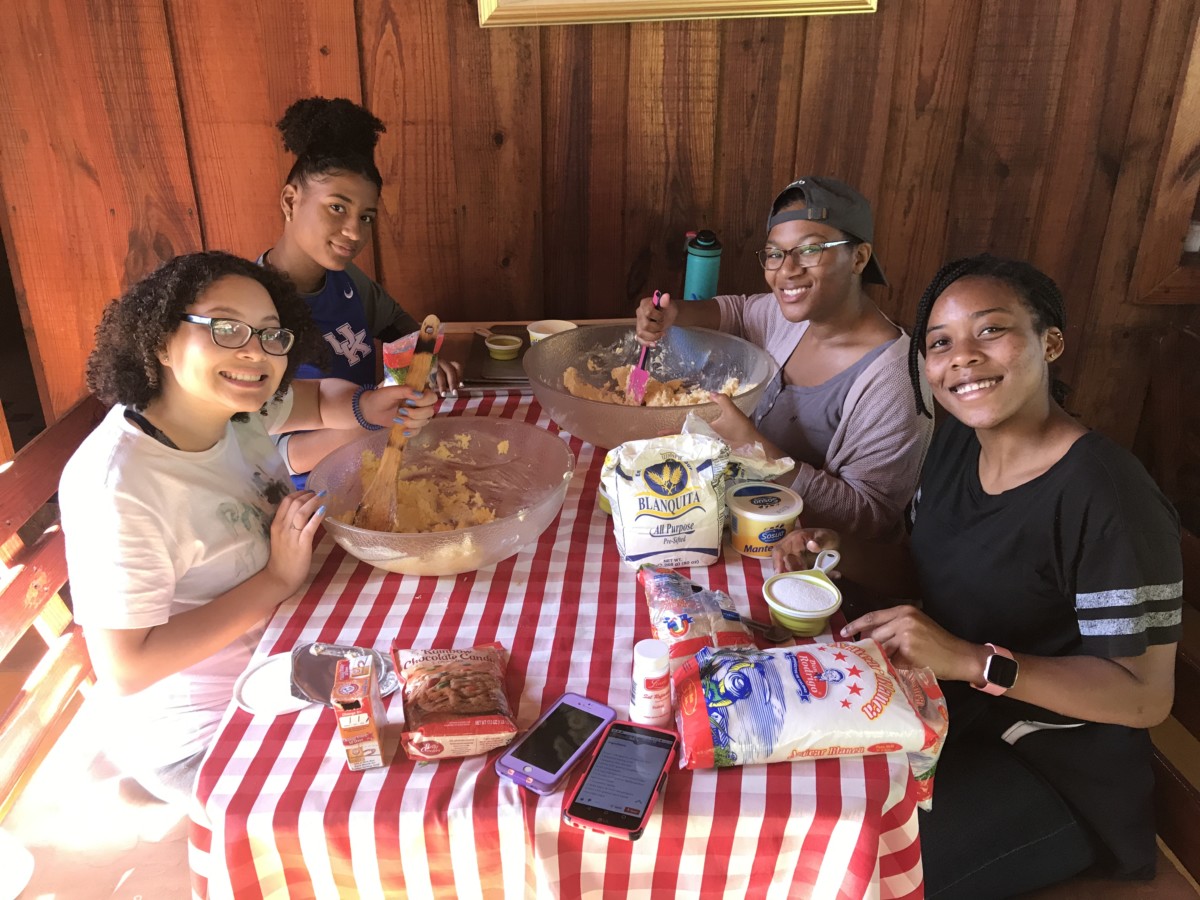 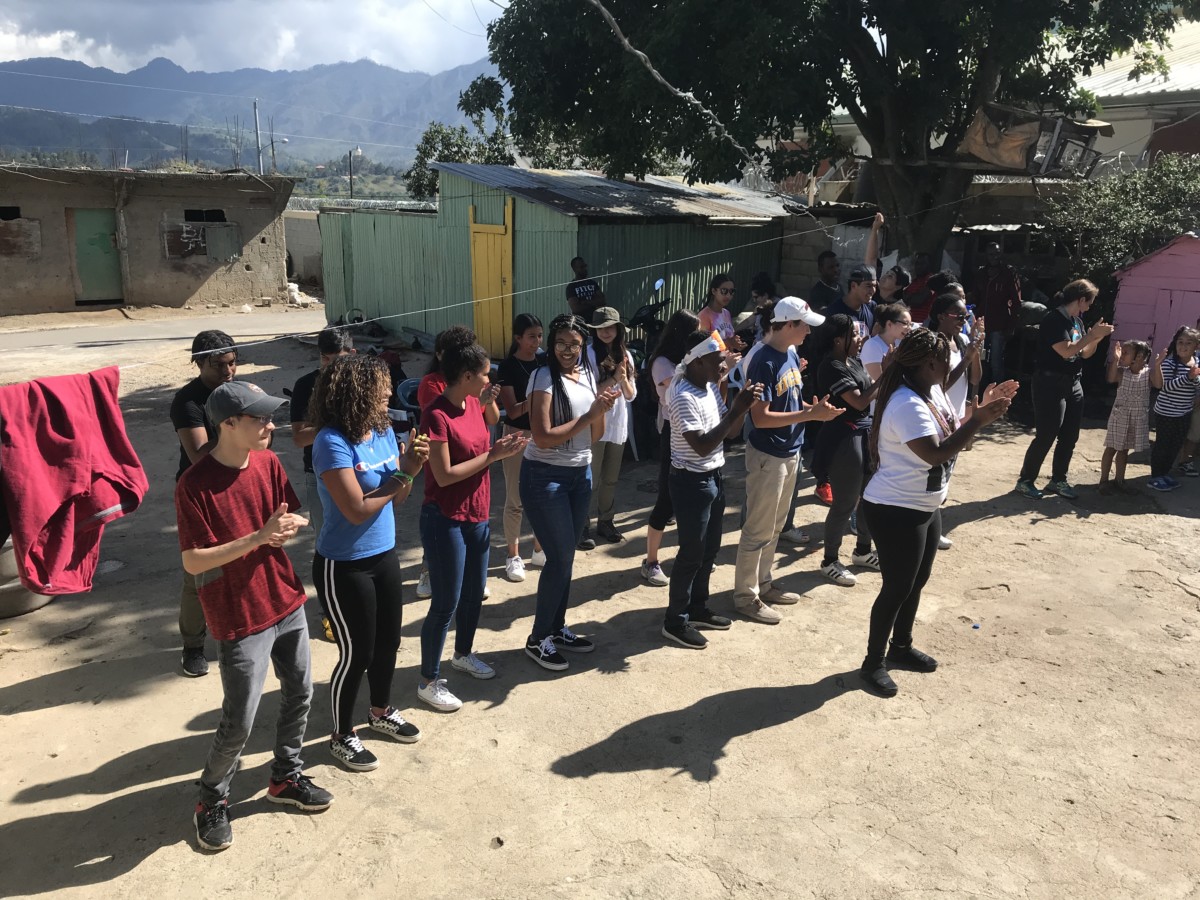 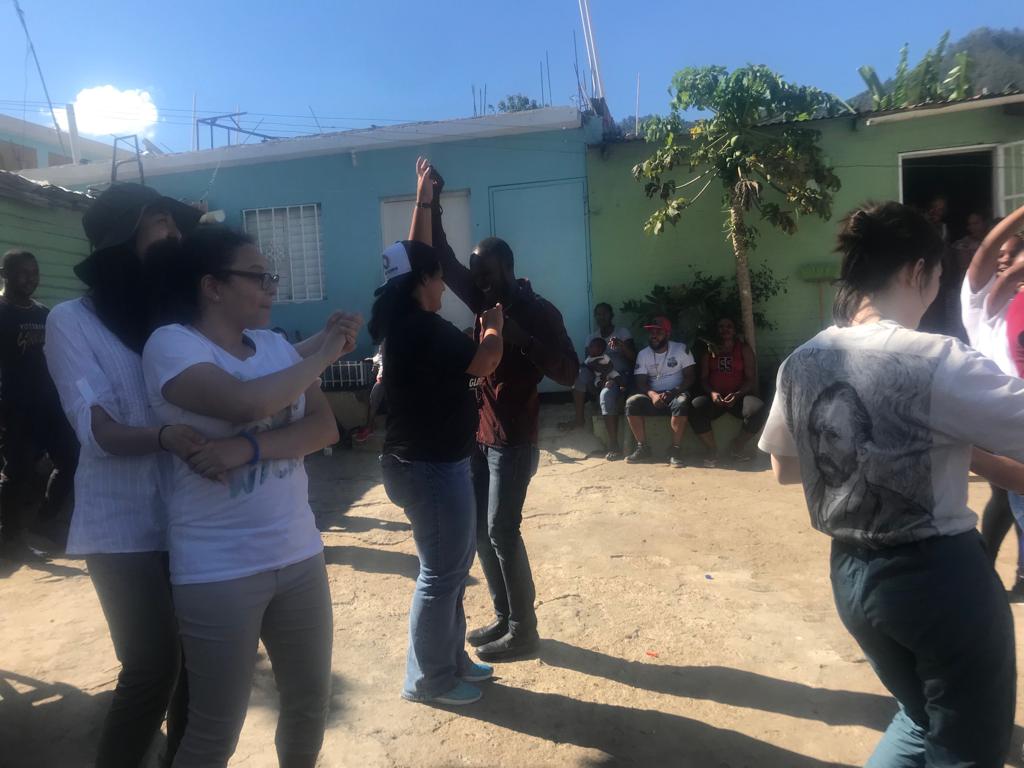 Yesterday, our central focus was on the topic of immigration. Our question of the day was “How do history, culture and politics impact immigrant identity”? Throughout the course of the day, we unpacked and grappled with the nuances pertaining to that question.

In the morning, we divided into two groups: One would prepare snacks for the Haitian community of Colonia Kennedy and the others watched a documentary about the experiences and challenges faced by Haitian migrants in the Dominican Republic. Upon visiting Colonia Kennedy, we broke up into five groups and each went to different homes in the community. We were able to ask questions and listen to the community members stories. One story that stood out to us was the story of a woman named Osmanne and her six-month-old daughter. Her home where we were talking was no bigger than the bathrooms in our hotel. When asked if she was content or if she wanted more, she answered that she just wanted to be stable. After talking with the families, we danced with them and hosted a community potluck with the snacks we made in the morning.

We left Colonia Kennedy and immediately began preparing for our Capstone Presentation to the community leaders from San Francisco, which is also known as “Guaricano”. We had proposed to build the walls of their community center and our presentation was well received and ultimately accepted. Later that night, we met the other Global Glimpse delegation in Constanza! They were from California and we had a dance party to celebrate the conclusion of their program as well as our fun and eventful day.