Today we had few amazing experiences. We started the day with a tour of Bahia. Throughout the tour our group learned about the backstories of a couple different murals. Our favorite mural was this one that had an image of a little girl on it. There were a few major earthquakes in Bahia, and it affected the little girl so much that she didn’t leave her house for a year. The artist who painted the mural placed it outside the girl’s window. It made her want to leave her house to go and see it.

After the tour of Bahia, we went to a day care called CDI. We split into different groups. Three groups painted murals related to music, the ocean and the symbol of the school. One group built flower beds with driftwood. We met the kids from the Eco-Club for the first time and played some games to get to know each other. 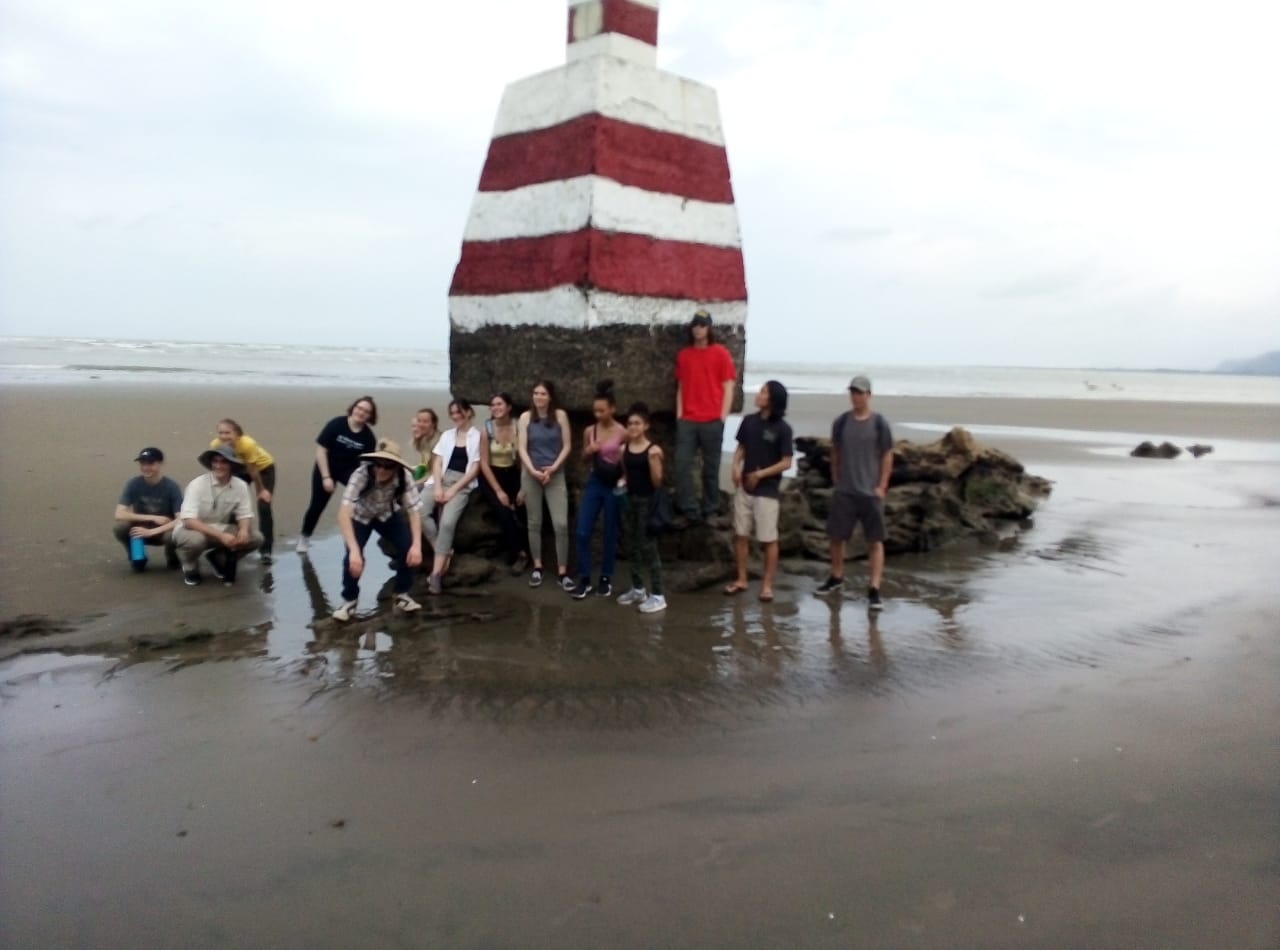 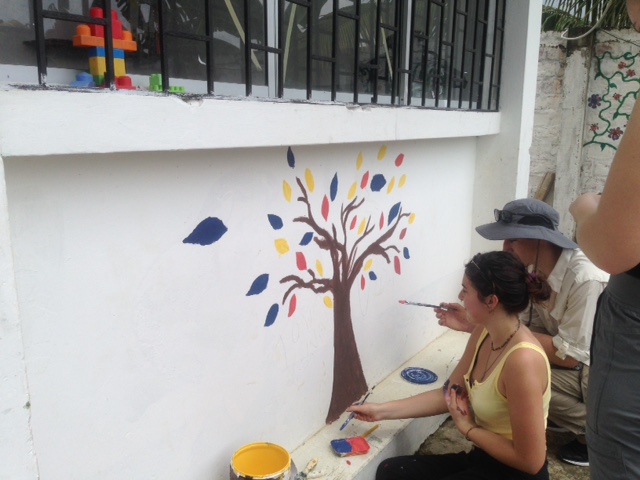 Next we went to the the house of Doña Rosa, who has been cooking for groups for years. We enjoyed some soup made out of peanuts and vegetables. It was really good.

We saw a ceiba tree, with its green bark and bird nests. After lunch we walked to Fanny de Baird High School. There we talked about how to become the person who we want to be. We spoke about people who inspired us, spoke about what they did that made them special and made a list of things we want to work on in our own lives inspired by that.

We met more of the Eco-Club kids and we divided into groups to work on different projects related to the greenhouse. Everyone introduced themselves in Spanish to the local kids and they did the same in English for us. After we were finished working, we organized a game of freeze tag. Some people played basketball, some ate frozen yogurt.

Then, we went to la playa to watch the sunset.

Back at the hostel we learned different dance moves and played some other games. Then we reflected on our day. Our reflection question was, “Did you make friends with any of the Eco-Club kids?” Everyone did feel a connection.