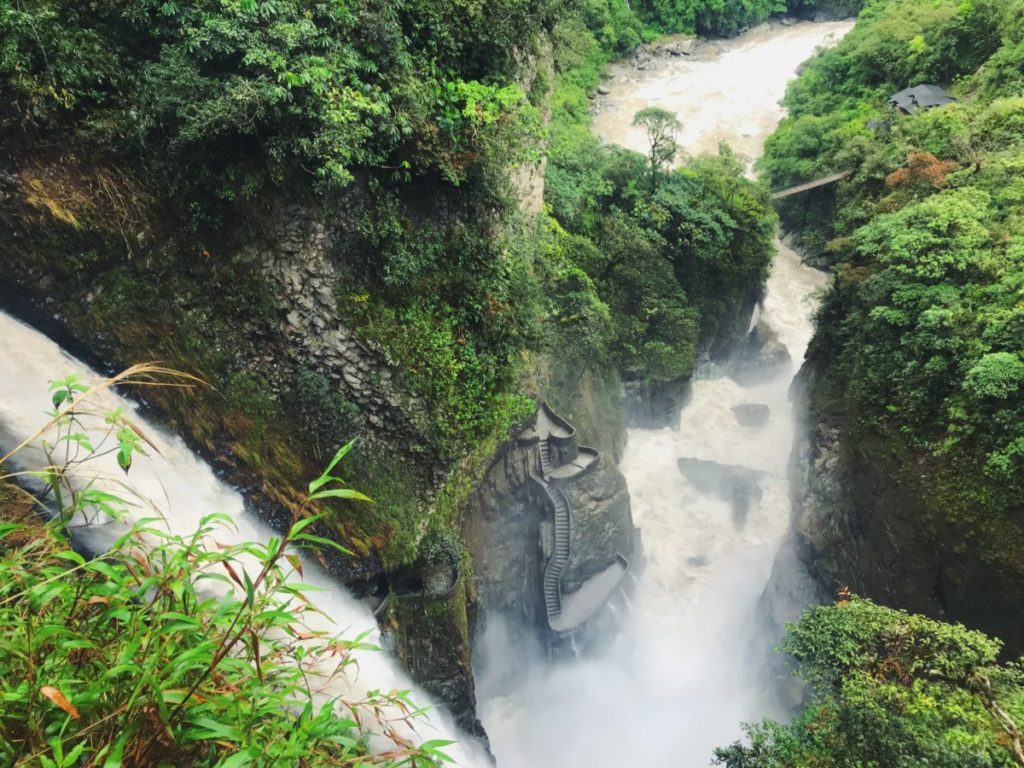 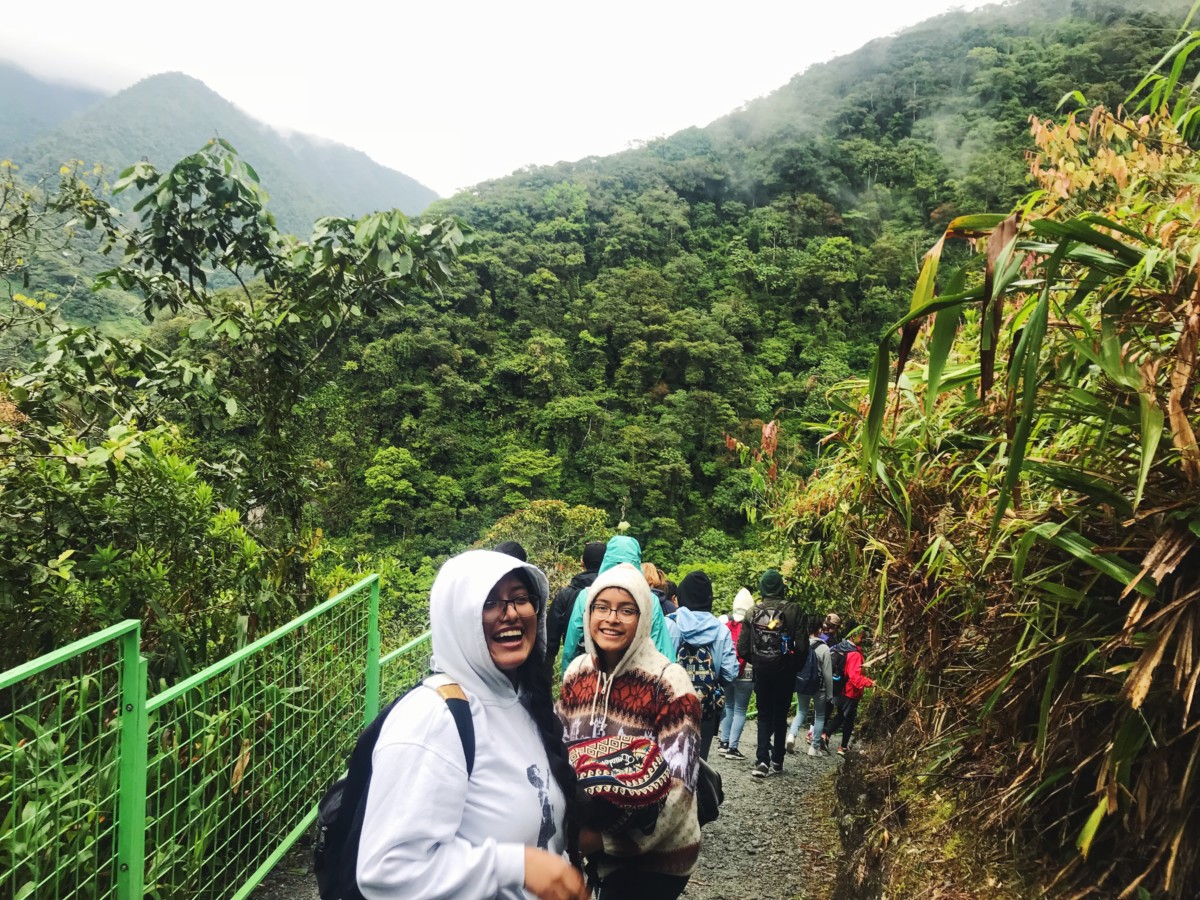 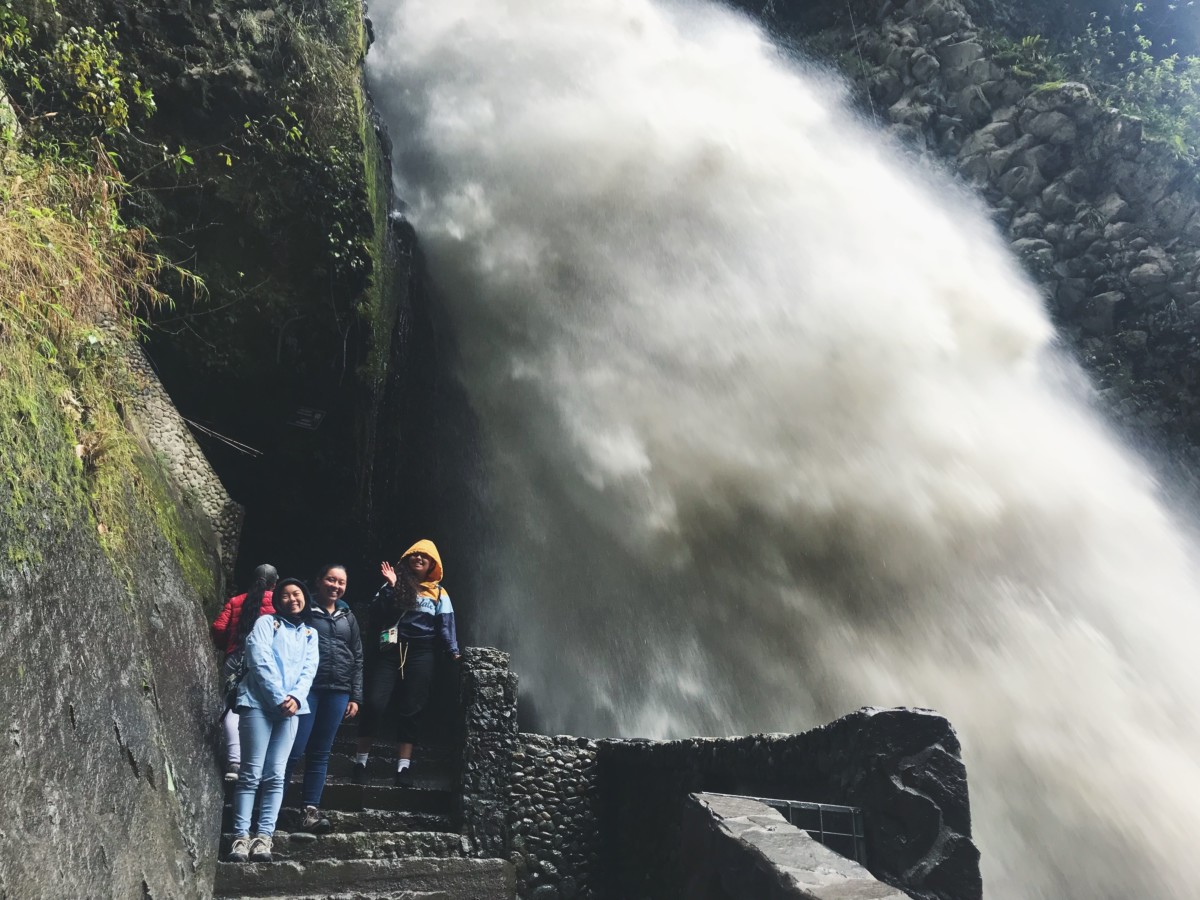 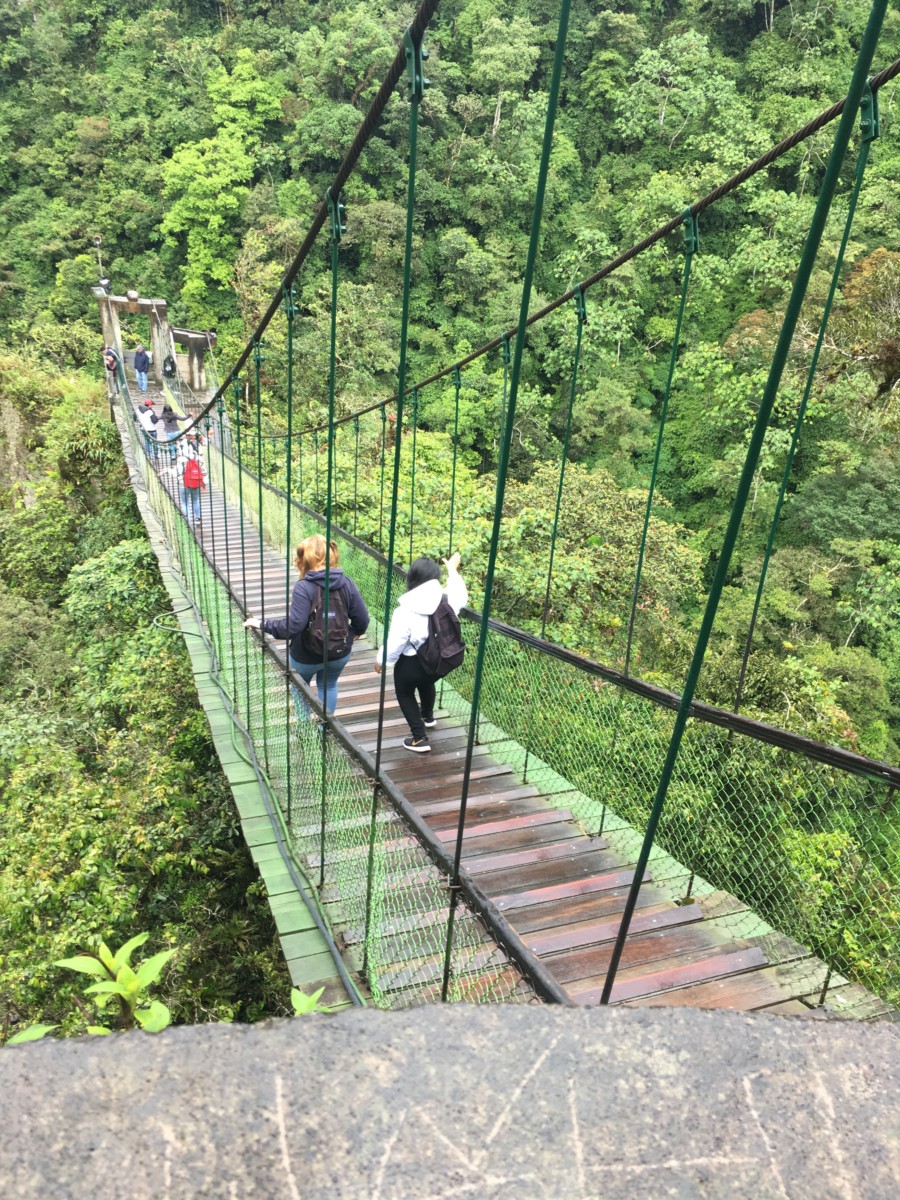 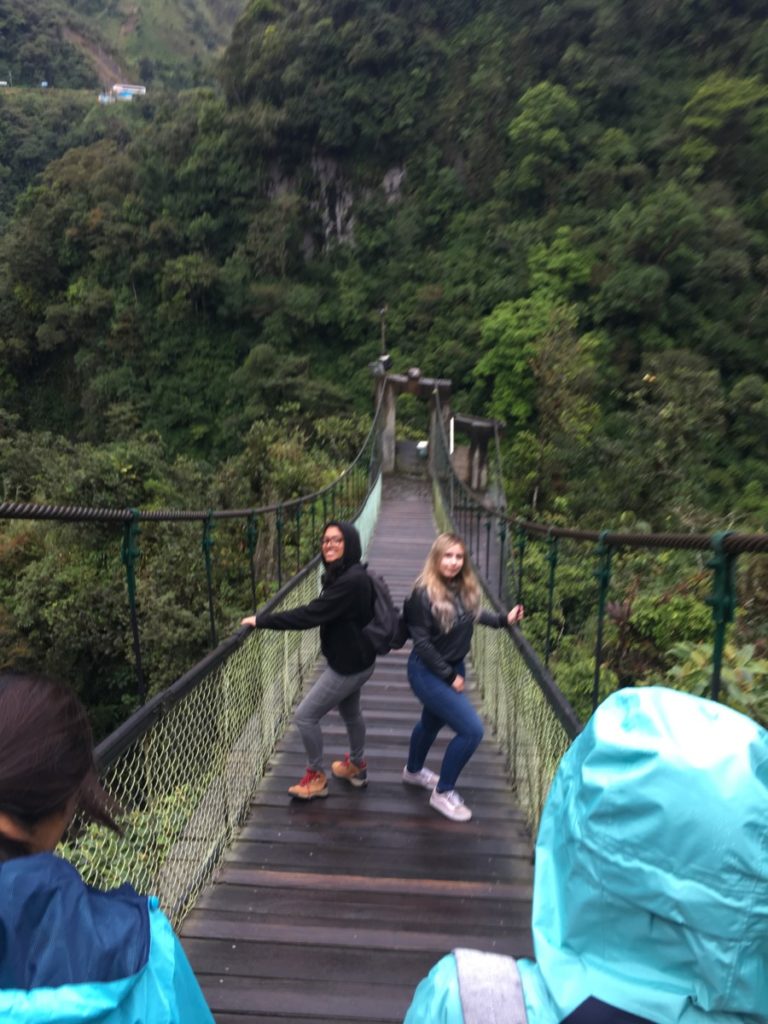 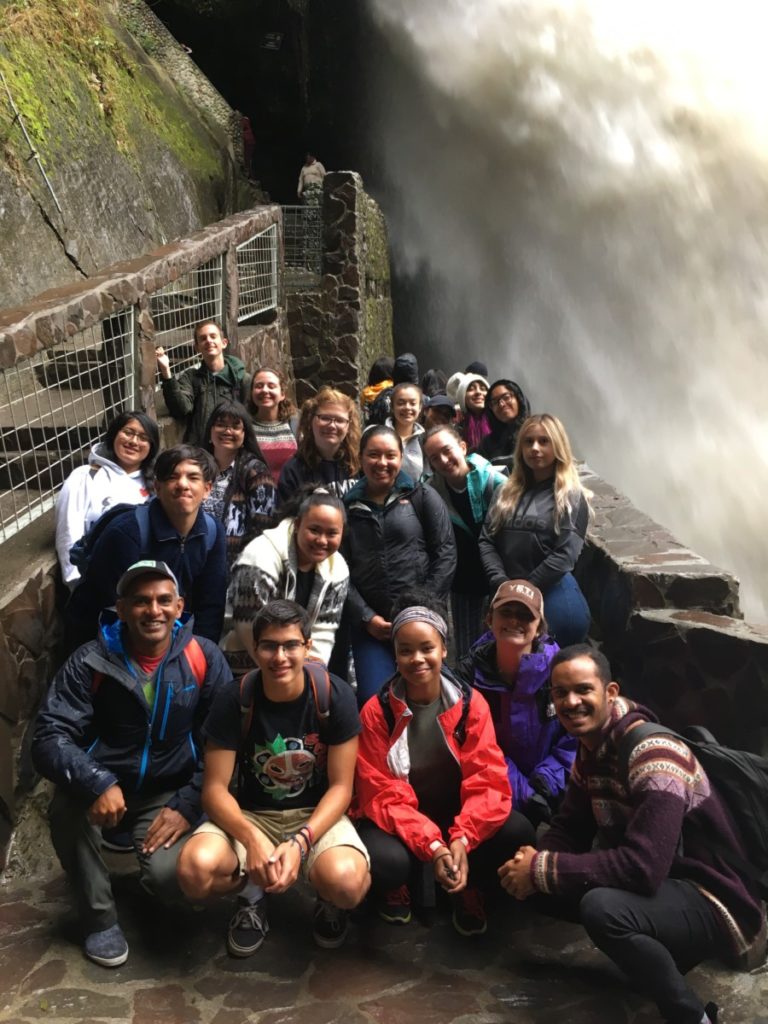 Today we went to Baños, which is not the bathroom.

We woke up early in the morning, ate omelettes, fruit, and bread at Nativa. We then left for a two hour bus ride to the city of Baños, Ecuador, going through sharp turns, steep hills, and tunnels. When we arrived to Baños, we saw vendors opening up their shops, and fog covering the mountains. Our first destination was waterfall Pailon de Diablo which we arrived to by walking across a suspension bridge and steep stairs. We were so close to the waterfall that we could reach out and touch the water; it was raging with anger, so it wet us all by surprise. After the waterfall, we went to a local restaurant for lunch. Everyone was allowed to roam around the city and buy whatever they pleased such as KFC (Alex), souvenirs, and local snacks.

Today we learned about sustainable tourism and how it contributes to the local economy. For example, when we went into Pailon de Diablo, we paid $2.00 to enter. This helps the local economy by giving them profit to sustain tourism. Something that hit us on an emotional level was seeing the large amount of stray dogs on the streets; even one of them followed us to the bus because we had fried chicken. Something that surprised us the most was the how clean and well-kept the environment around the waterfall was considering how many areas in the United States are not as considerate about keeping the environment healthy. We are proud of the fact that we are mastering the ability to bargain with local vendors. Sometimes it might be a win, other times they could be tough sellers ($0.50 off- GEMMA).

Being today’s leaders of the day was both a challenge and rewarding. Leading was challenging when we would have to repeat ourselves because the group was not on the same page as us. However, it was also rewarding being a leader because it helped us improve our communication and leadership skills when we would have to get the group together, do head counts, and inform them of our upcoming activities. Overall, it was a unique and memorable day.