Fun in the Sun: CAP Day 1 and Melissa’s Birthday!

We started our morning at the pleasant and not at all too early time of 7:30. A social wake up call was given to Melissa by her roommates who sang her Happy Birthday. After persuading our fellow glimpses with candy, we made it to breakfast on time, where we were greeted by Isabelle’s fresh strawberries and delicious fried maduros. There we wished Melissa a happy 17th birthday again and at 8:45 we headed to the German Abdo School, where we started our first day on our Community Action Project (CAP). After dividing into two groups, everyone set to work on the mural and the lines for the soccer field. 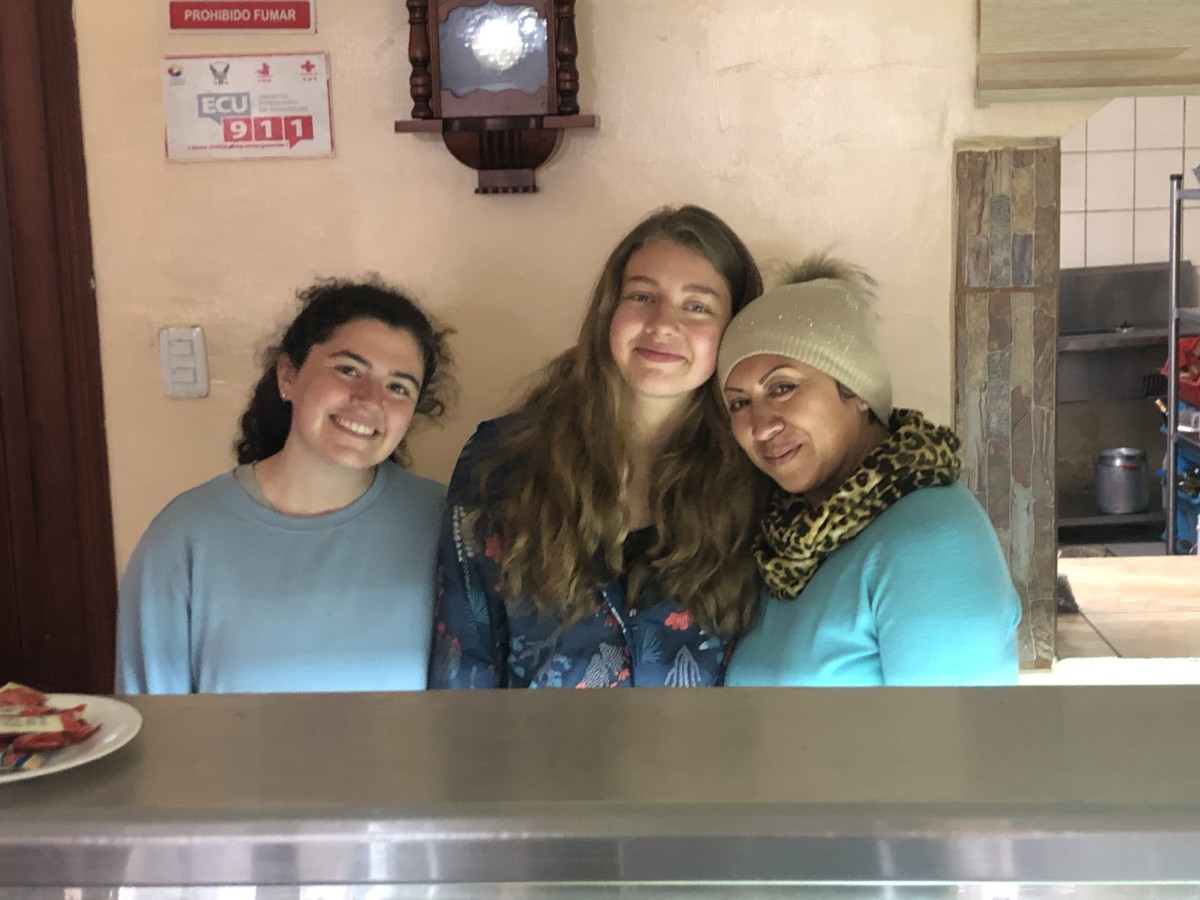 It was difficult to get the two projects started because the group had conflicting ideas on how to go about the specific tasks, such as drawing the lines and chipping the paint. With the help of Ms. G and our bilingual glimpsers, we asked help from the teachers and other workers at the school who knew exactly how to conduct the project. From there, we painted lines, chipped walls, and took lots of water breaks to make sure everyone was feeling healthy and hydrated. As the group worked we began to run out of materials so Natalie and Paul took a trip to a nearby hardware store where they picked up extra goggles, yarn, thinner, and paint spatulas. The new supplies fueled the rest of the day. 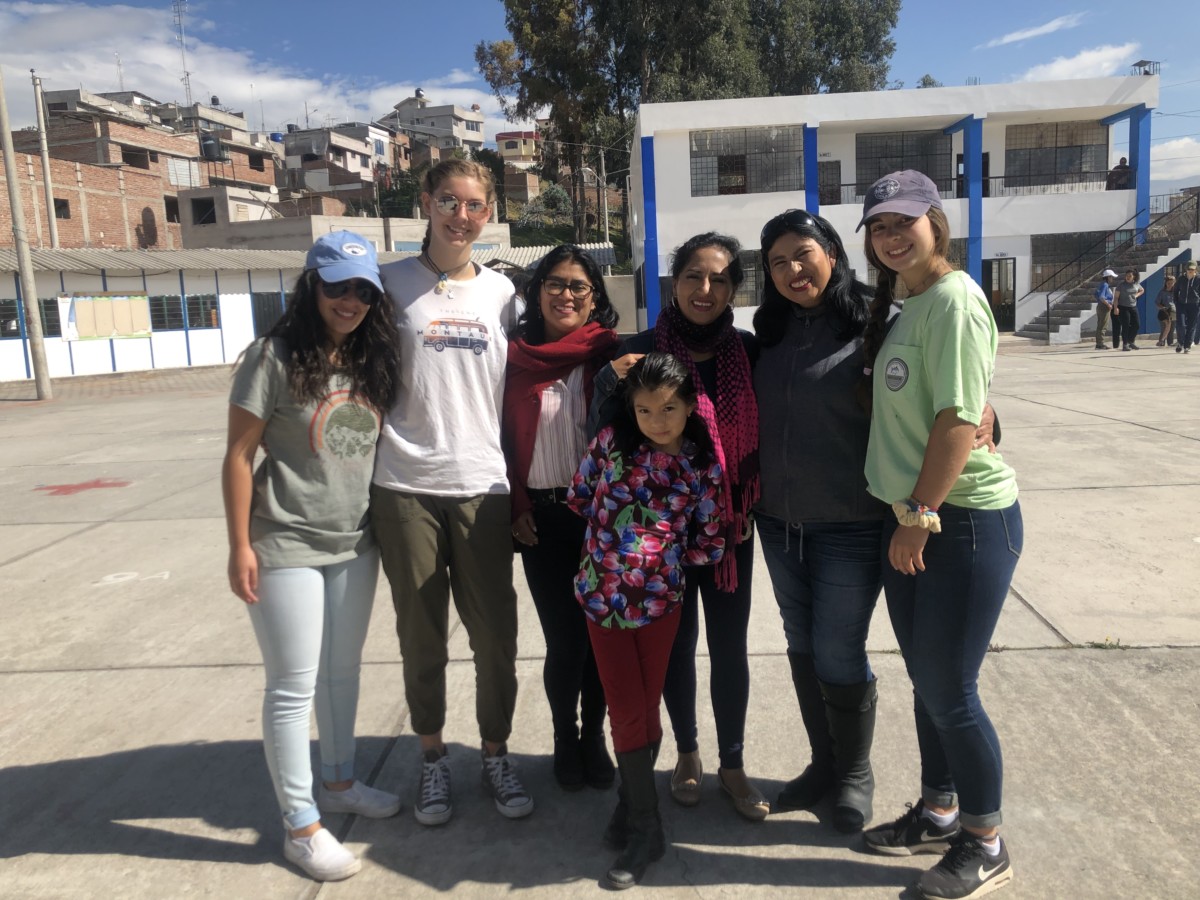 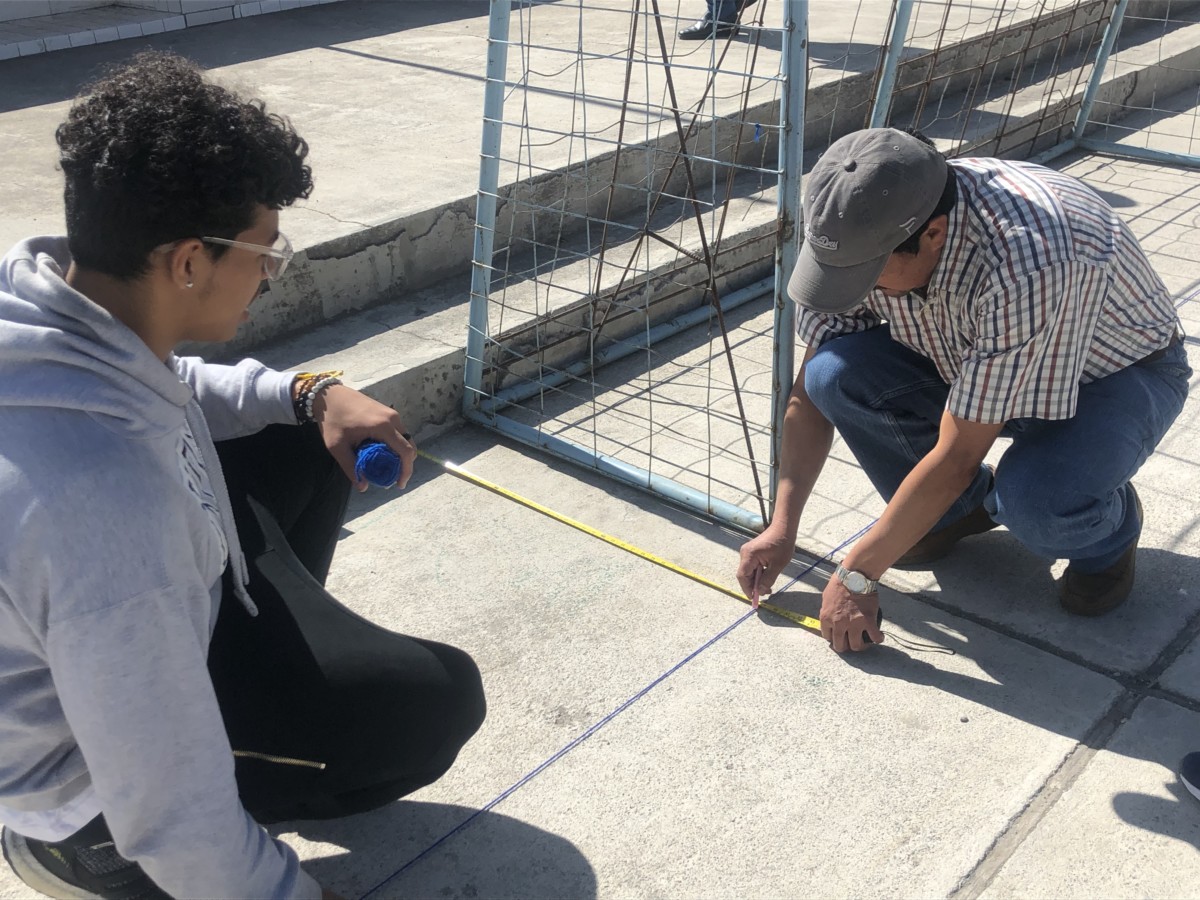 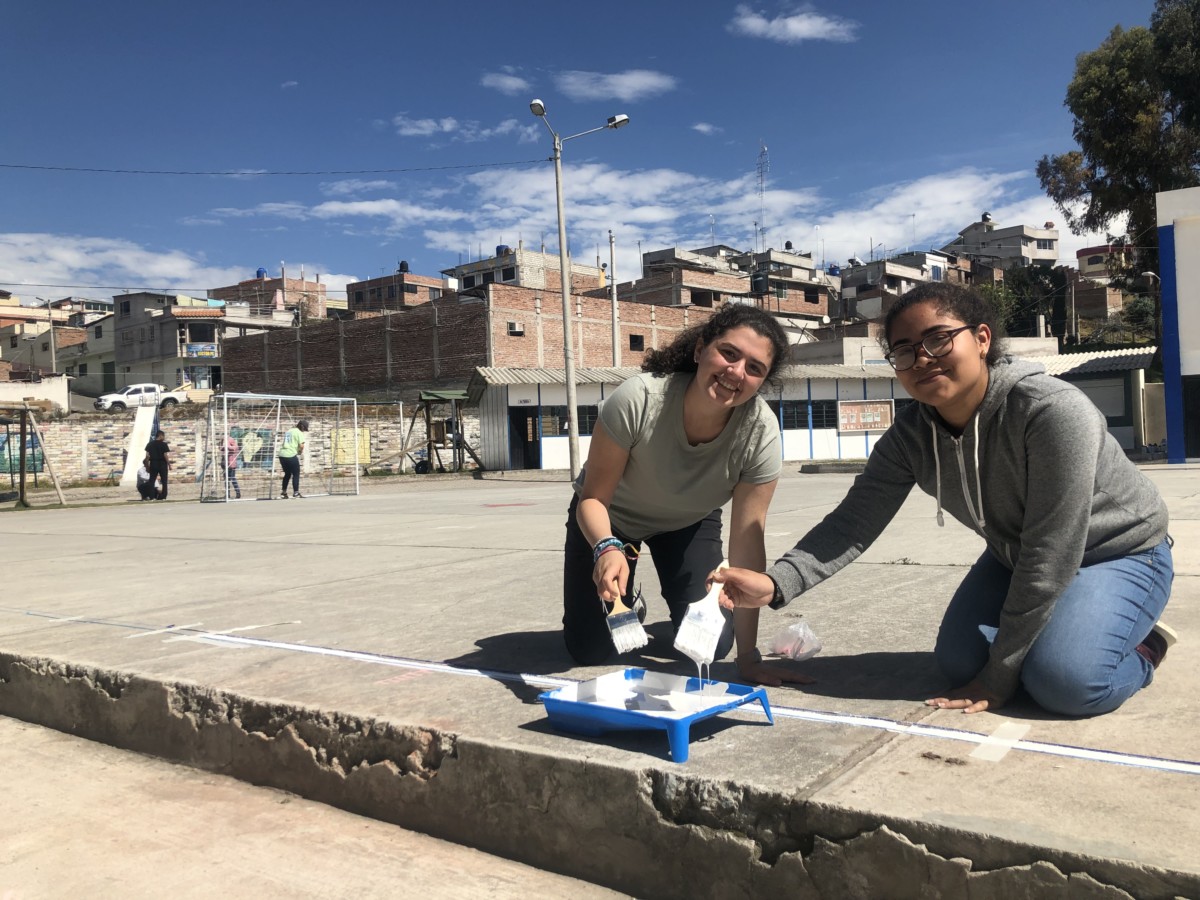 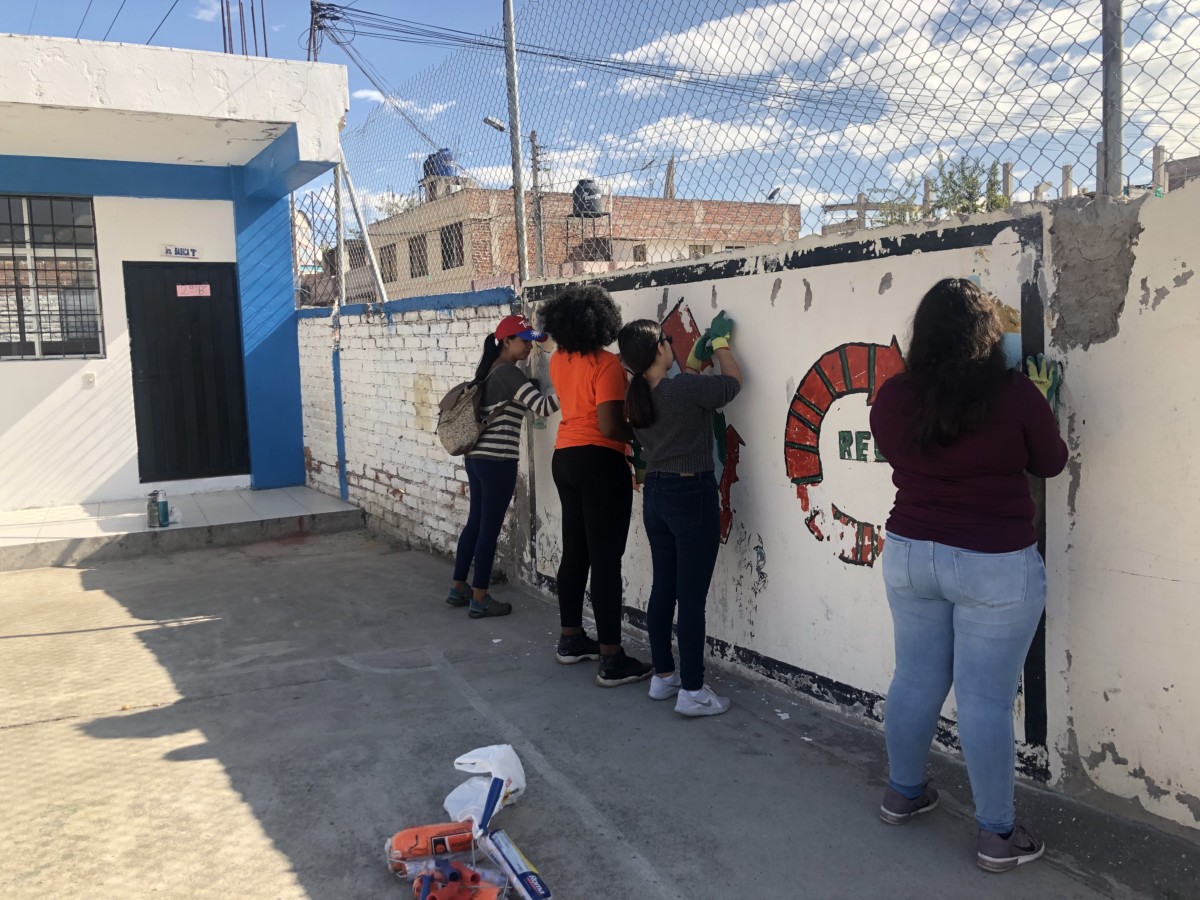 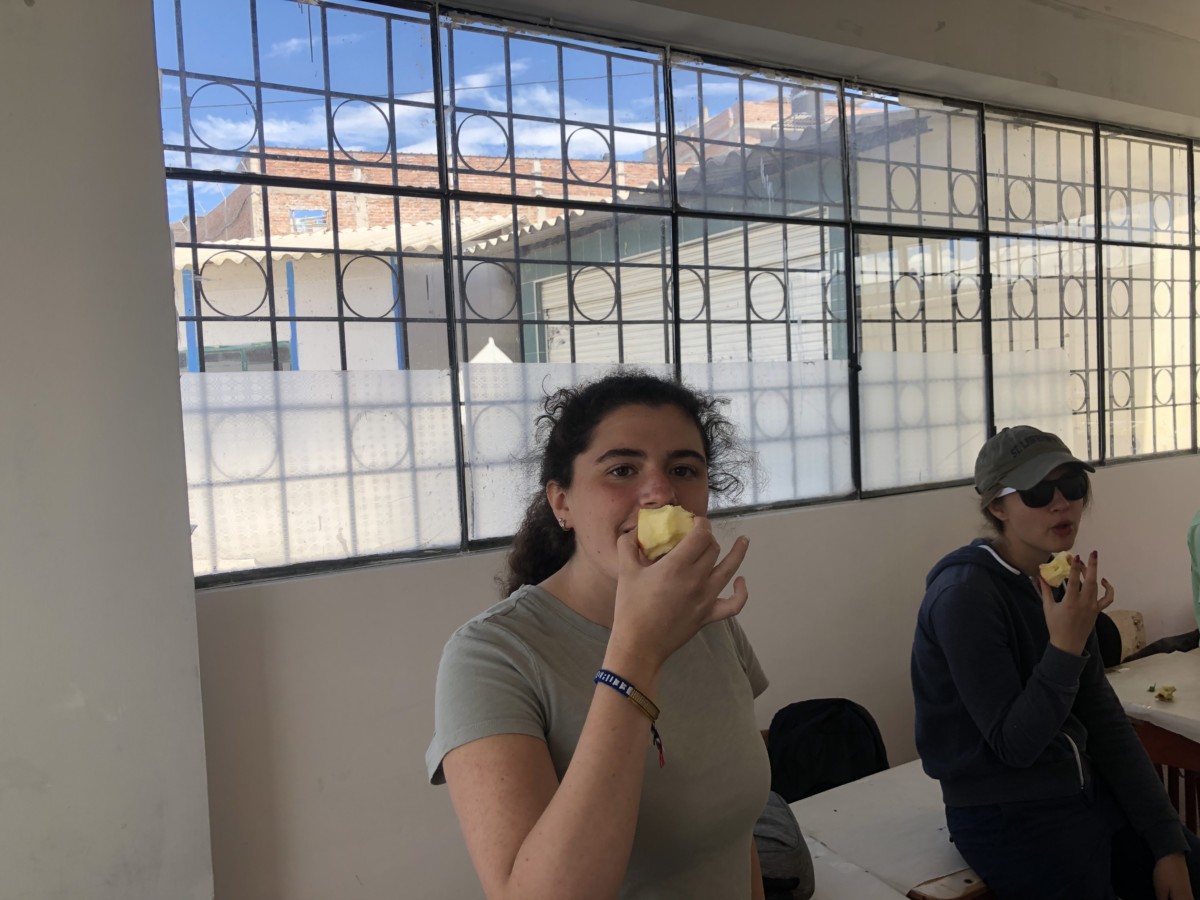 By the end, the group was exhausted and we were out of white paint but had finished most of the soccer field, a hopscotch game it was already played before it dried!) and the base coat of the mural. At 1:20 the group returned to Roma Santa for a delicious meal of steak, fried Yuka and pasta salad. After leaving Roma Santa with full stomachs and painted hands we headed back to the hotel where half of us slumped on our beds while the other half showers, and then switched. Halfway through nap time, we (Natalie and Wilder) were surprised by our friend from another GG delegation who had just started his trip and wanted to say hi. 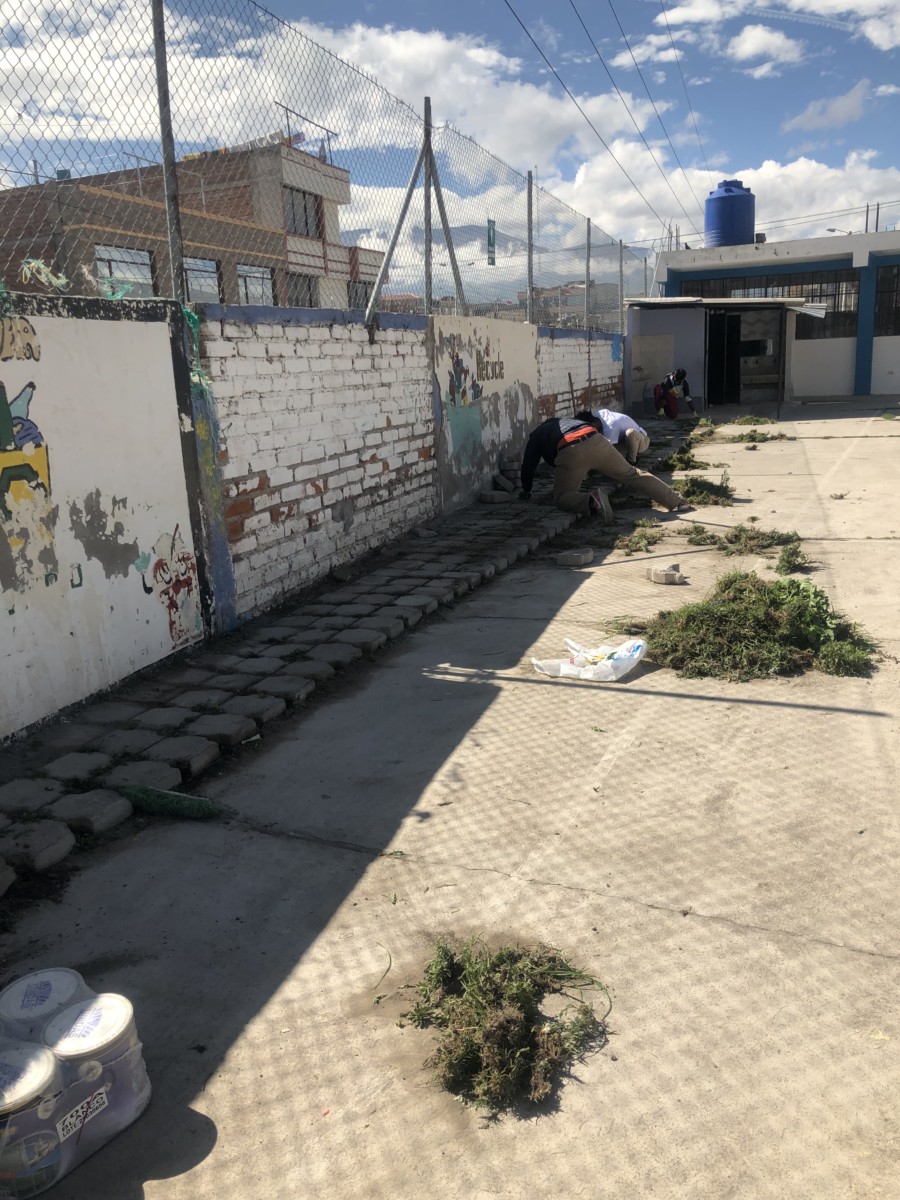 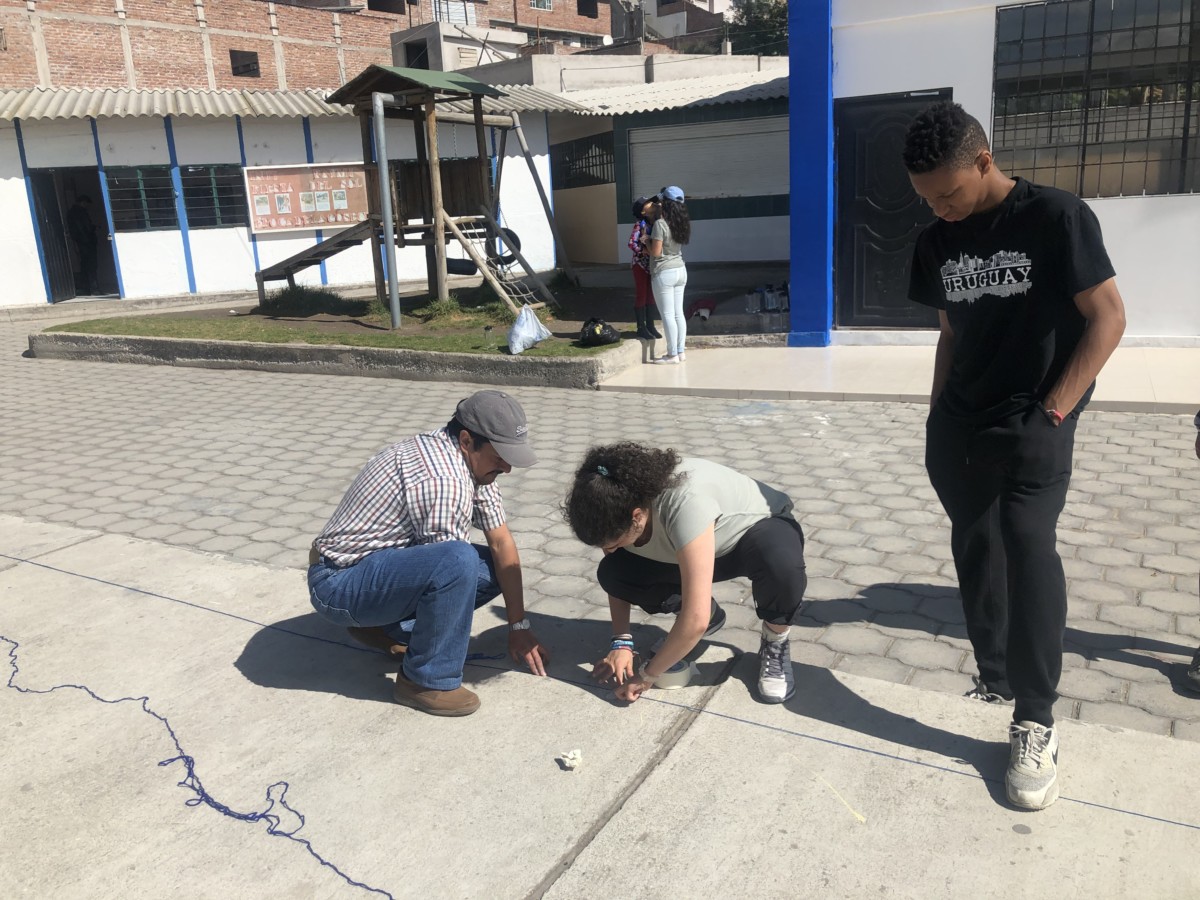 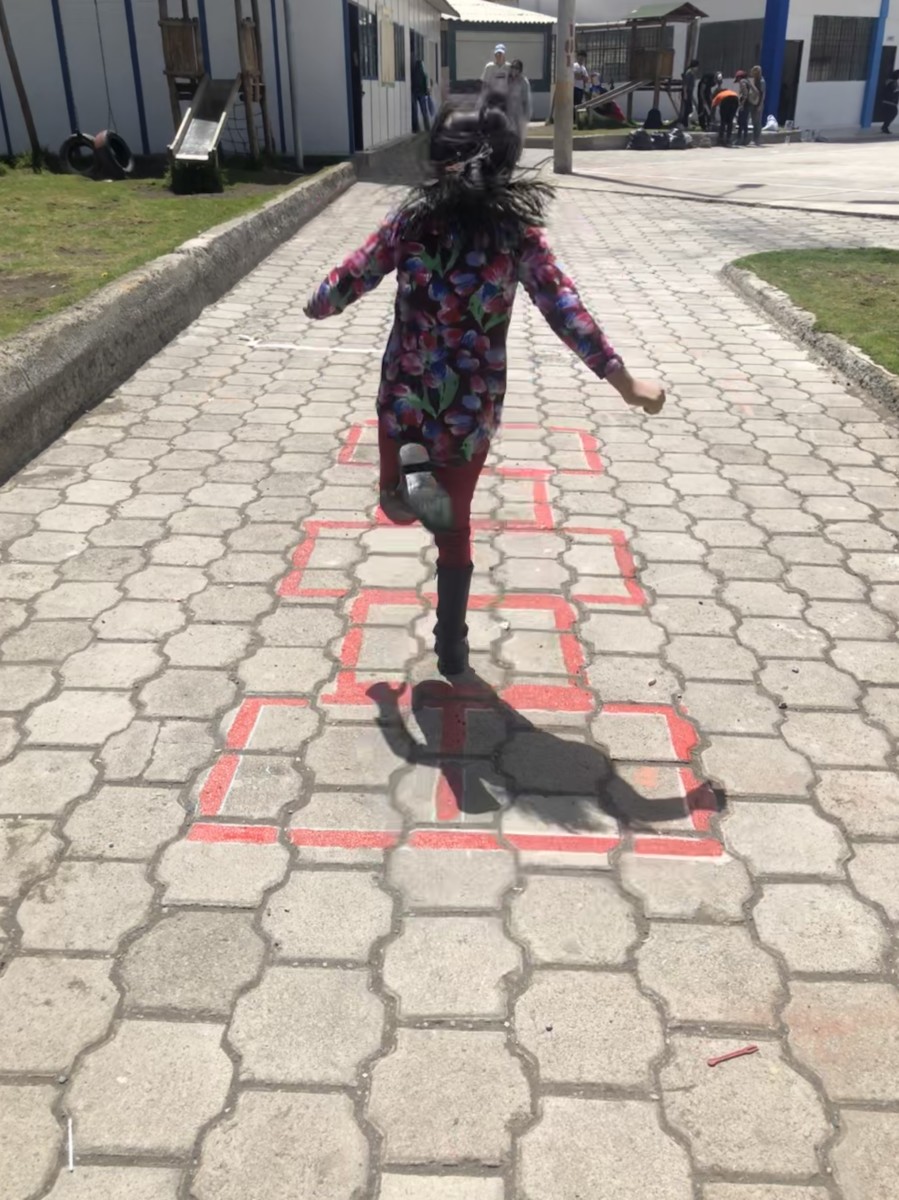 At 3:30, we were back in our small groups working on our lesson plans and preparing the next day’s lesson. In my group (Natalie) we worked on games and ways to incorporate words they already know into our lesson and what we wanted the group to learn. While in my group (Wilder) we reviewed today’s lesson plan and began tomorrow’s as well. The group had a little bit of trouble deciding on how much time each activity we planned would take, but left the schedule flexible to accommodate the possible levels of our class. 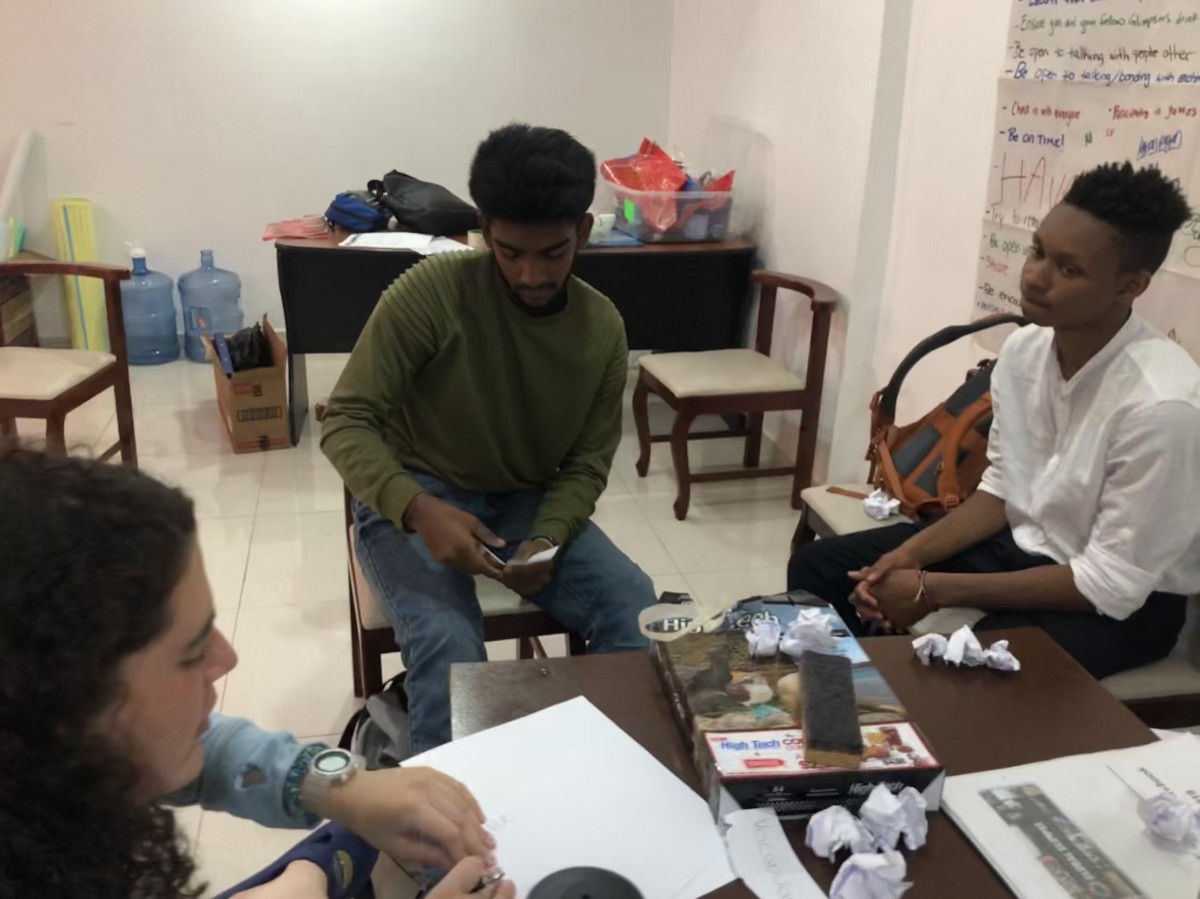 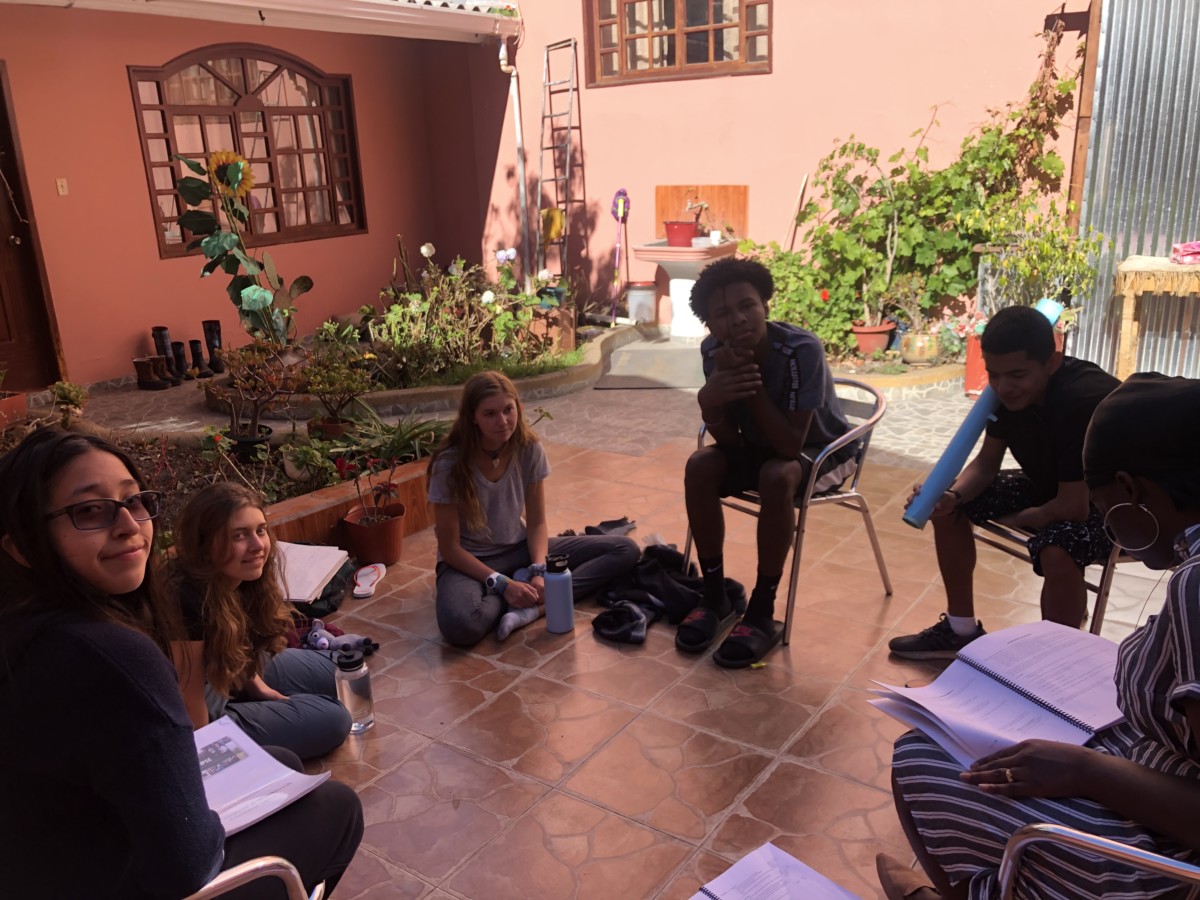 After the preparation was wrapped up, we headed to dinner at Isabelle’s which consisted of tortillas, pork, chicken and avocado salad. Roma Santa was also decorated with a sign for Melissa’s birthday and an Ecuadorian cake with blueberries was also waiting for us when we arrived. We ended dinner by singing karaoke where Melissa did a lovely rendition of Chlorine by 21 pilots and we sang happy birthday again. Ms. G also wowed us with a heartwrenching ballad of “The Call” by the Backstreet Boys. We thanked Isabelle and left for the Maldonado School at 6 for our English Tutoring. 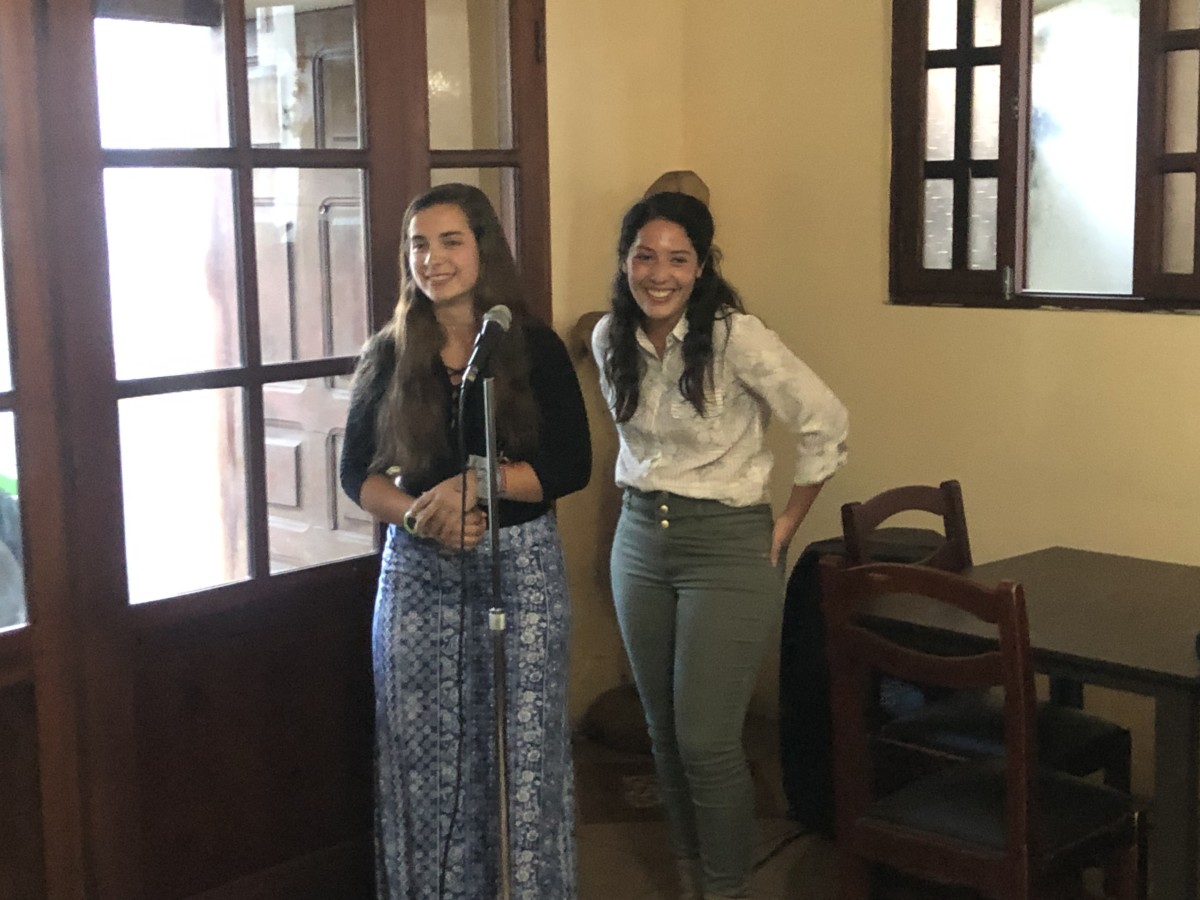 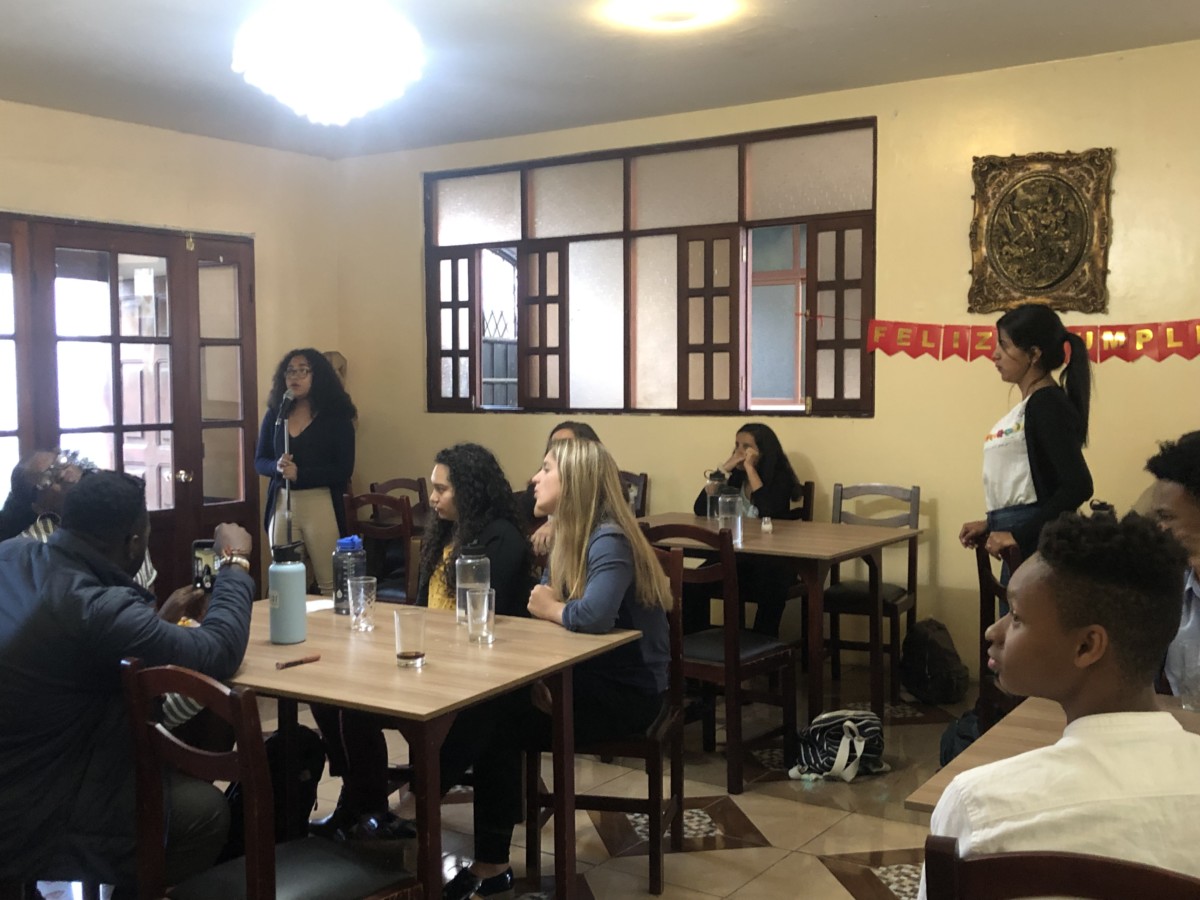 At 6:30 our classes began. Almost every group had a bit of trouble at the beginning due to the size and rowdiness of the students, but by the end, each class had taught something and had a deeper appreciation for their teachers. At 7:10 I (Natalie) had a “mental breakdown” or, to everyone but Melissa, a cake buying party with Andrea. Andrea and I bought streamers, balloons, two Oreo cakes, and a piñata for Melissa and rushed back to the hotel to set up. Meanwhile, Wilder held down the fort and ushered the group (slowly) back to the hotel and into the white room. Melissa was talking to Paùl outside, probably about the entire history of Ecuador, while we hid outside the white room and waited for her. When Melissa walked in we screamed happy birthday and we were greeted by a crying happy birthday girl. The next half hour was spent listening to music, throwing the cake in people’s faces and picking up our laundry! We sped through our nightly meeting passing on the torch to Laura and Brianna, and ended our day writing the blog and eating vanilla wafers. 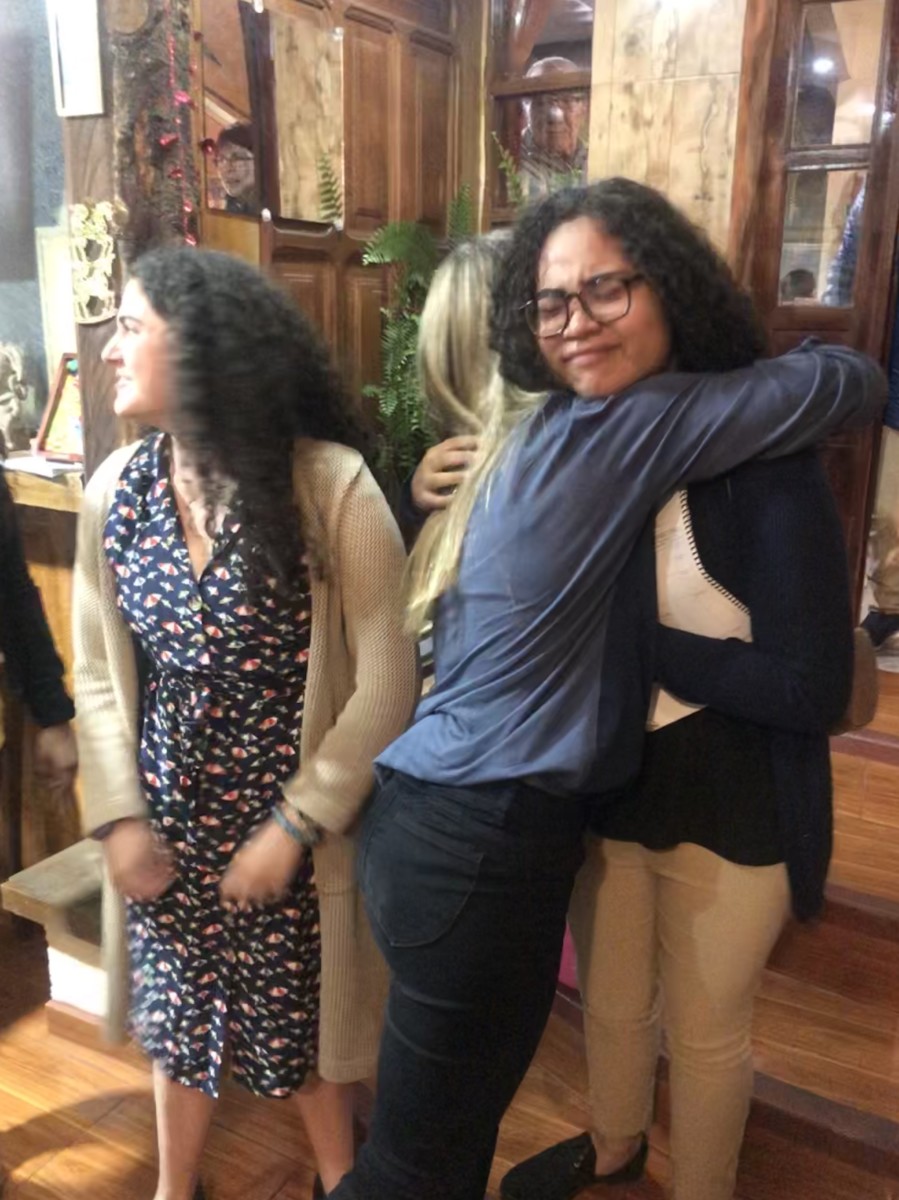 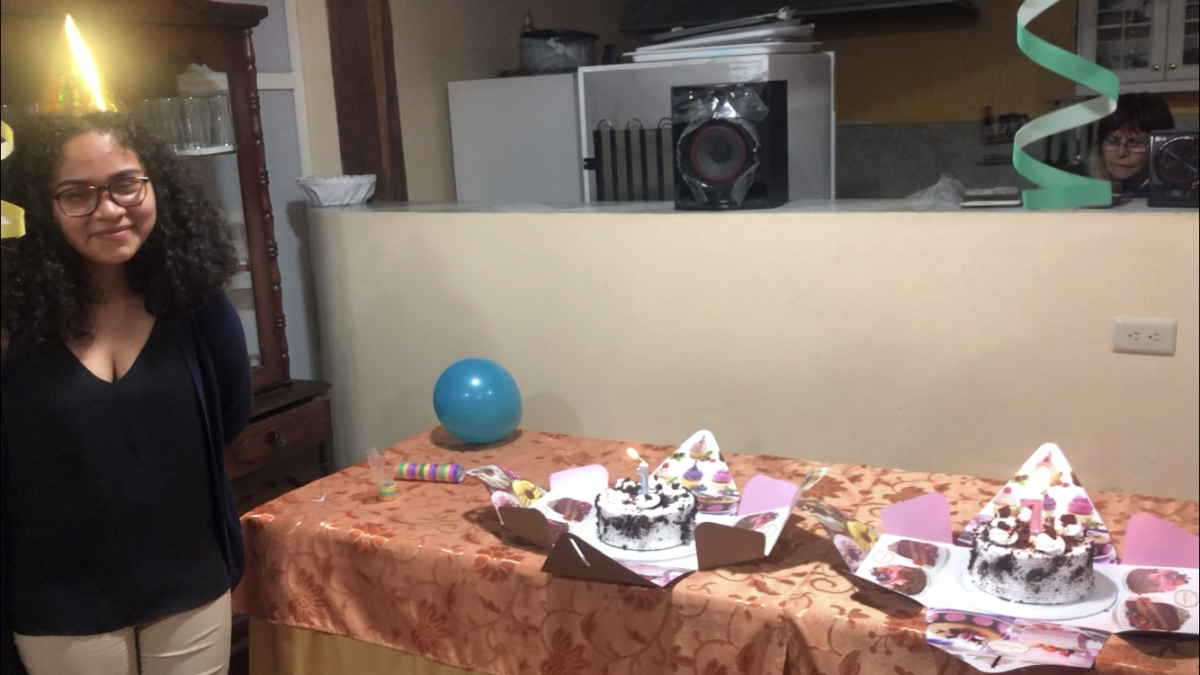 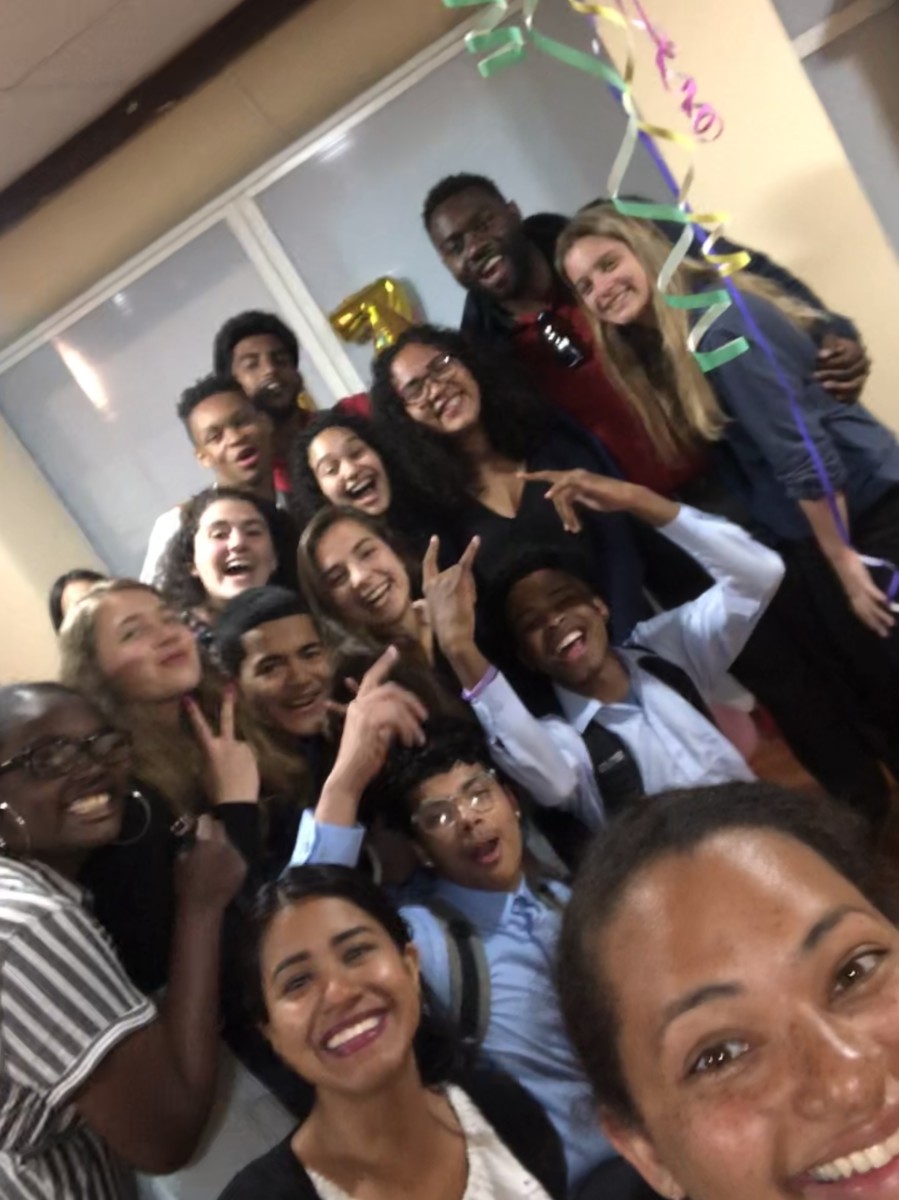 We can’t wait to see how much we can get done tomorrow, and wish Melissa one last BIG happy birthday! 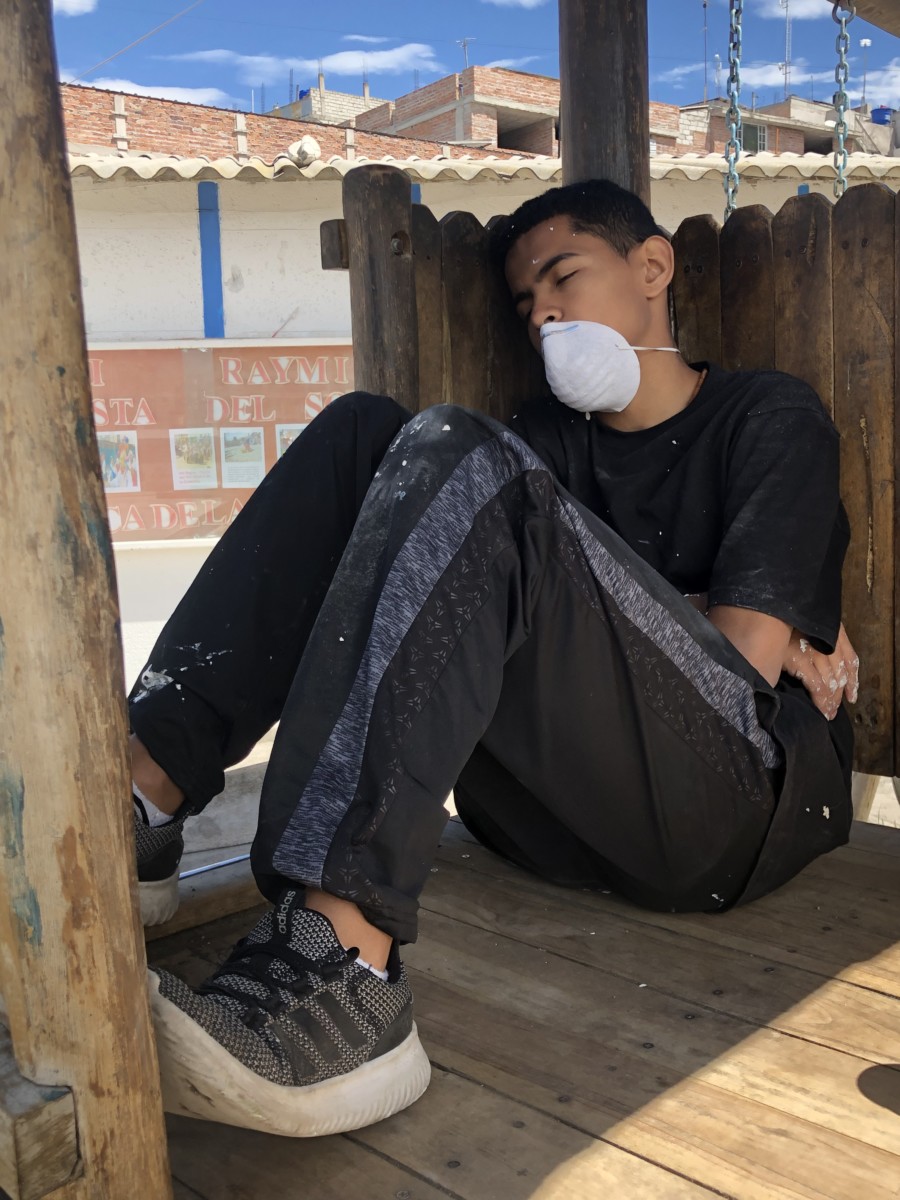 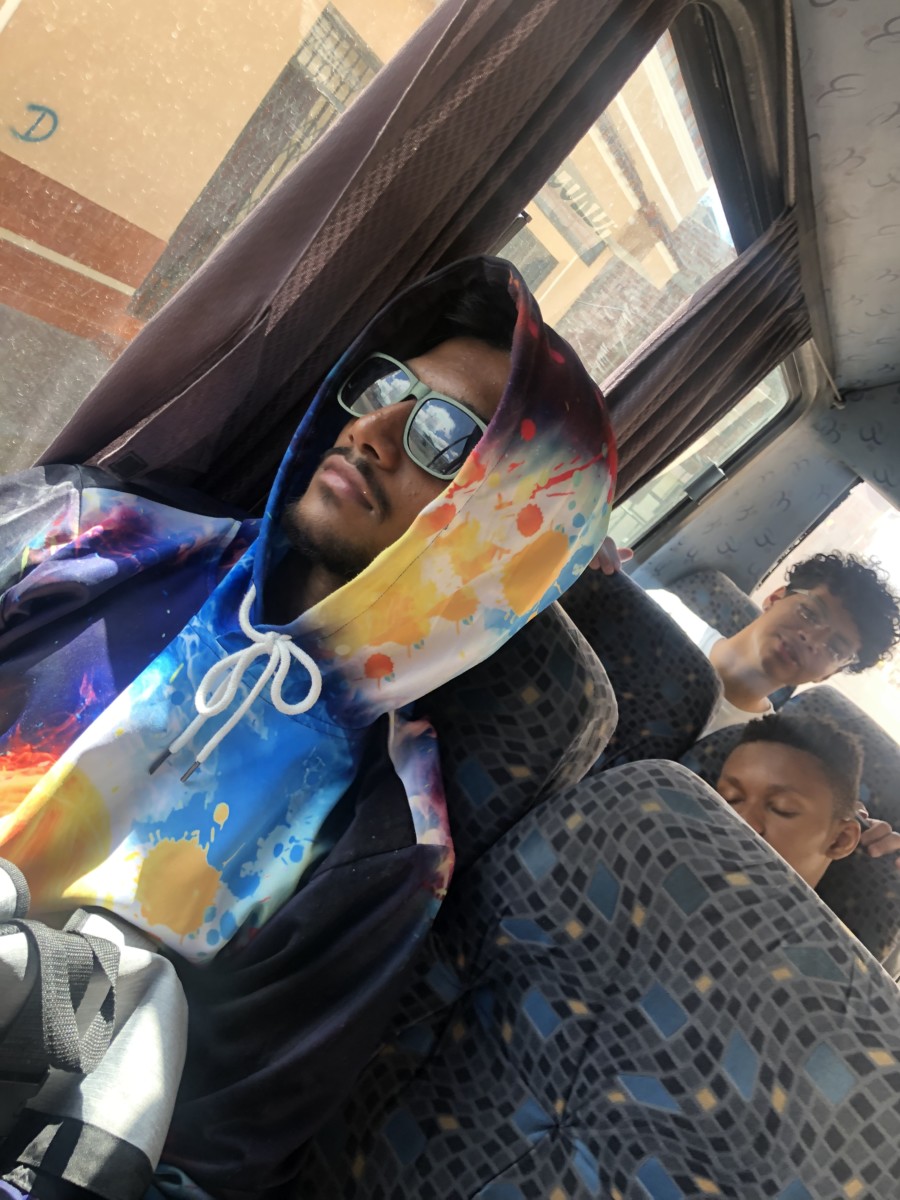 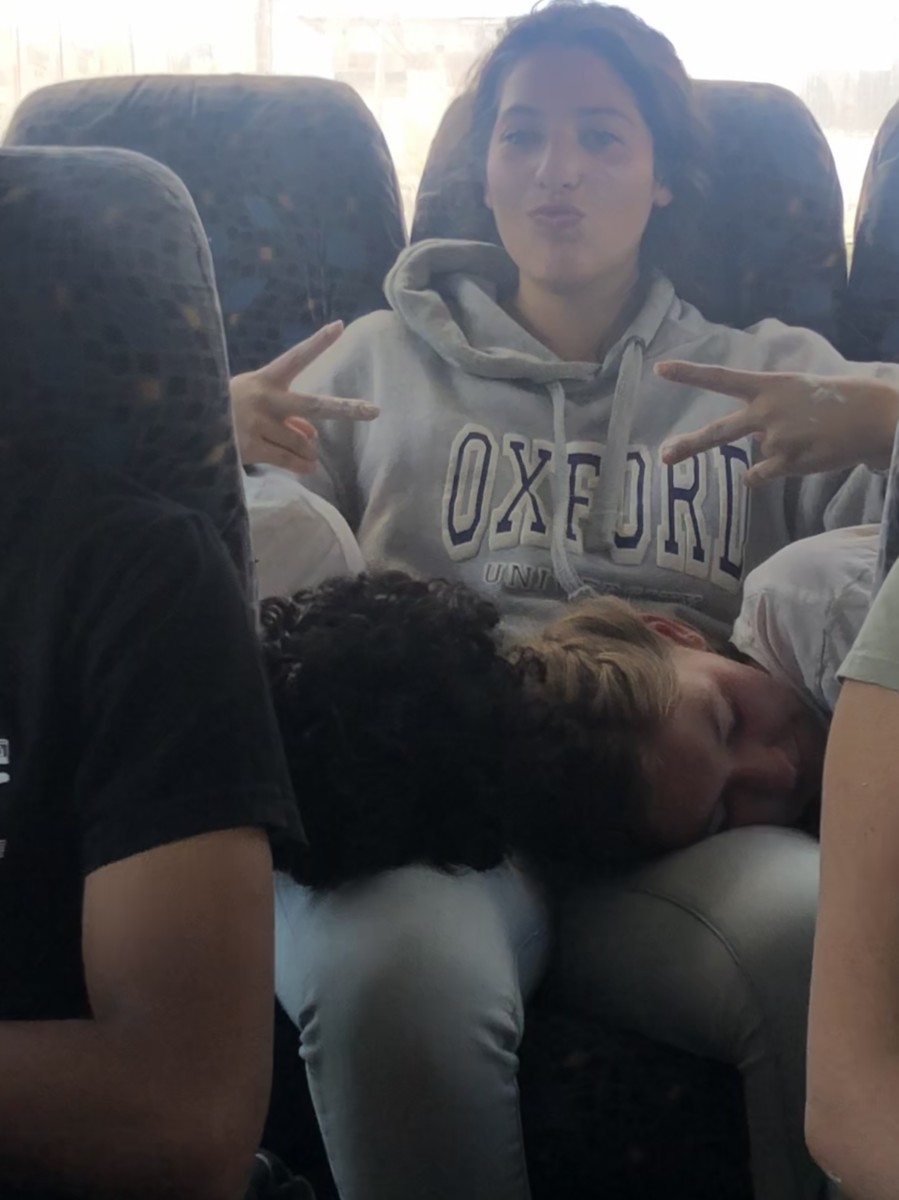