Hello from your two leaders of the day, Claire and Nanda. 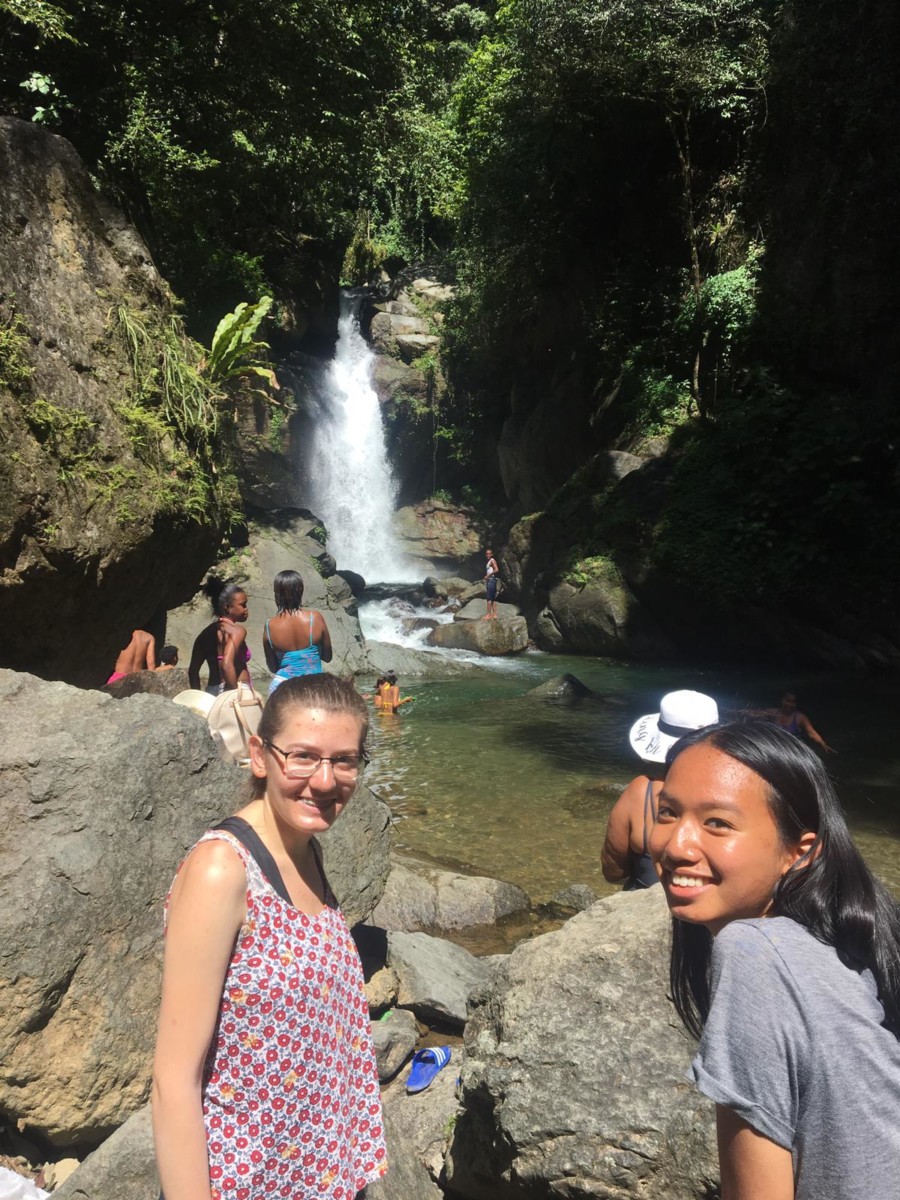 Today’s theme was deconstructing poverty, where we all started our day by waking up at 7:30am. Due to waking up at 5:45am yesterday, most of us were already awake so we decided to eat breakfast ten minutes early. For breakfast, we had scrambled eggs, pancakes, watermelon, and hot chocolate that Licelot provided us with. Soon after we got onto the bus and headed to La Vega Dump where we met up with Ruben and Amil, the managers at the dumpsite. At the first stop, they showed us the extra work they do for the city like growing plants, taking in stray animals, and storing old cars. Other than that they showed us a power washing station where they clean their trucks. It was interesting because I would have never expected this.

The most serious part of the day was when we went to the actual dumpsite. Workers here collect and separate plastic and other items they can recycle. There we split into groups and interviewed 1 to 3 workers and listened to stories of how they got their jobs, where they are from, and what would they be doing if they didn’t work at the dumpsite. After 45 minutes, we said our thank yous and big loves. 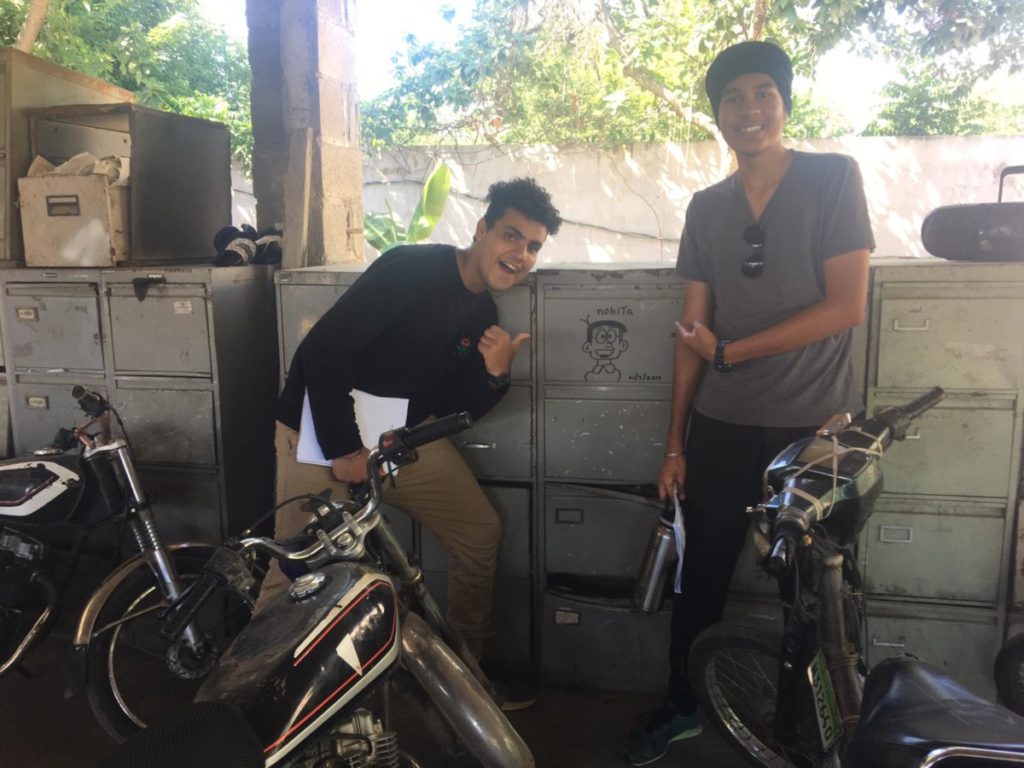 Our next destination was to the Fundacion Luis Terror Dias, where we planned to meet with our speaker, Oscar Lopez the director of the foundation. Who was actually a good friend of the actual Luis Terror Dias who was a famous Dominican rock singer. The foundation was created to help keep children out of the streets and stop the cycle of` poverty. Unfortunately, due to a change in schedule, we weren’t able to go to the foundation. Instead, we returned to our accommodation for lunch, where we ate rice with corn, ground beef with vegetables, and salad. 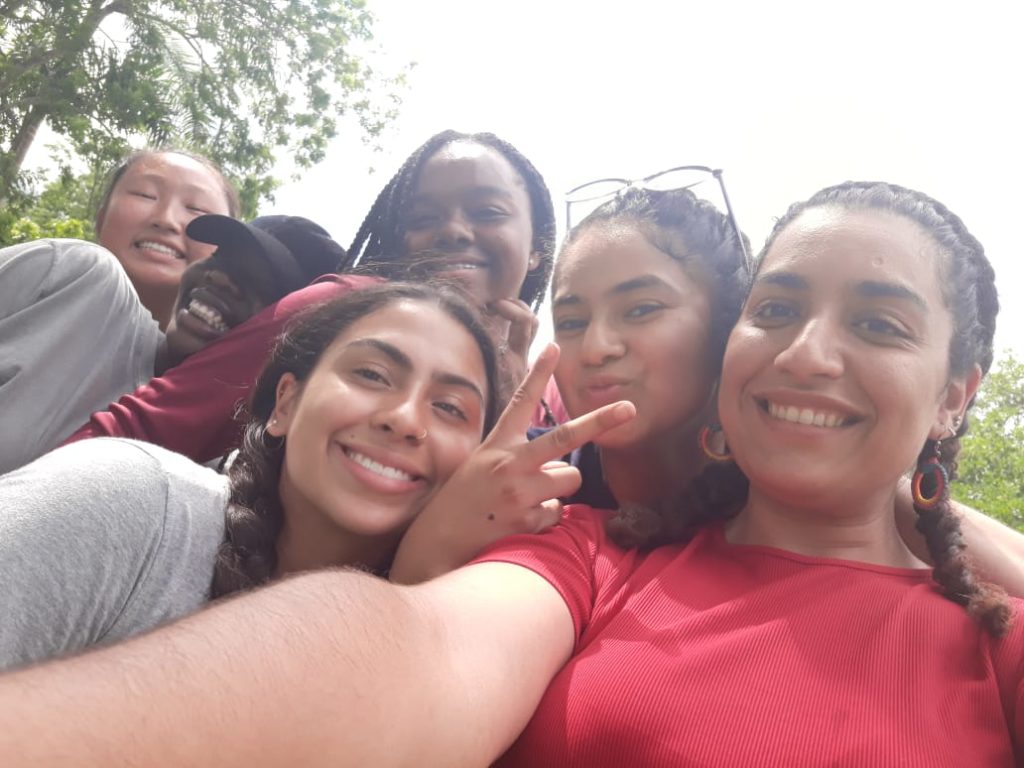 Instead of going to the foundation we decided to go to the Falcomridge neighborhood, which was created back in the ’60s for American mining engineers. There we played multiple games like volleyball, football (or soccer in America), and ultimate frisbee. Some of us took photos with a stray puppy, we named Taco (we miss Mexican food). We then walked back to the accommodation and got ready for free time with the ambassadors from 4:30 to 6:30. By 7, we said thank yous to Licelot for the dinner which was sweet potatoes, salami, and watermelon. 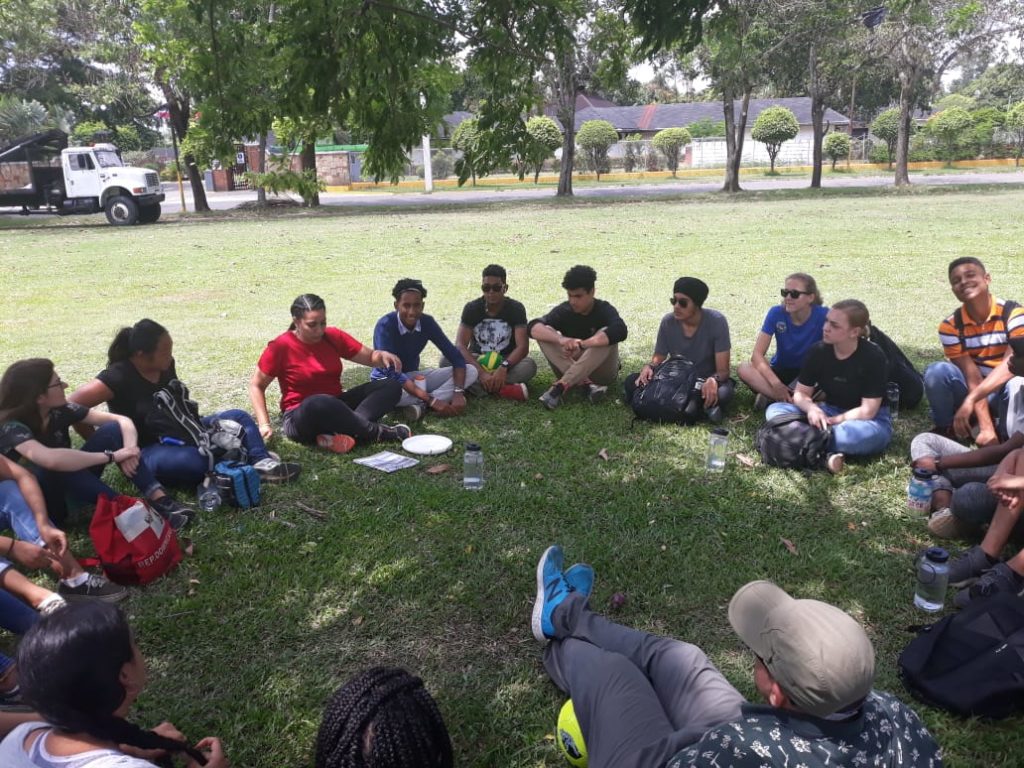 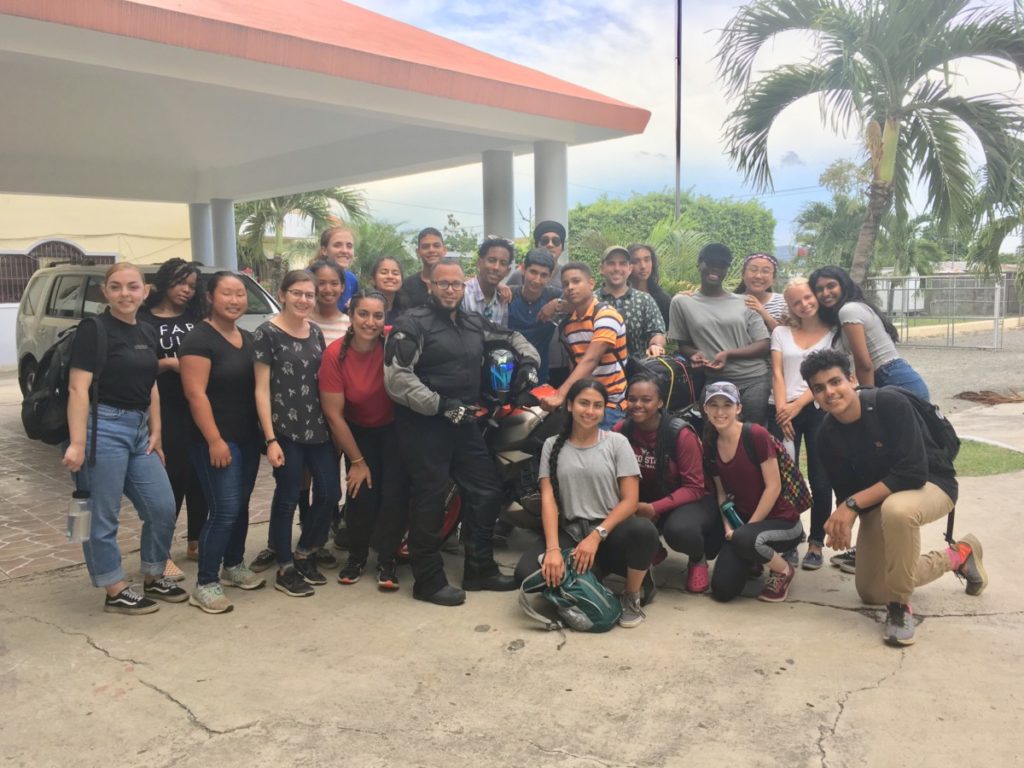 Being leaders of the day taught us that it’s important to remain calm and organized in a schedule change. Also that using and having a loud voice is an important tool to have when leading others. As a whole today, we learned that having a good education is really important to have in order to break the cycle of poverty. 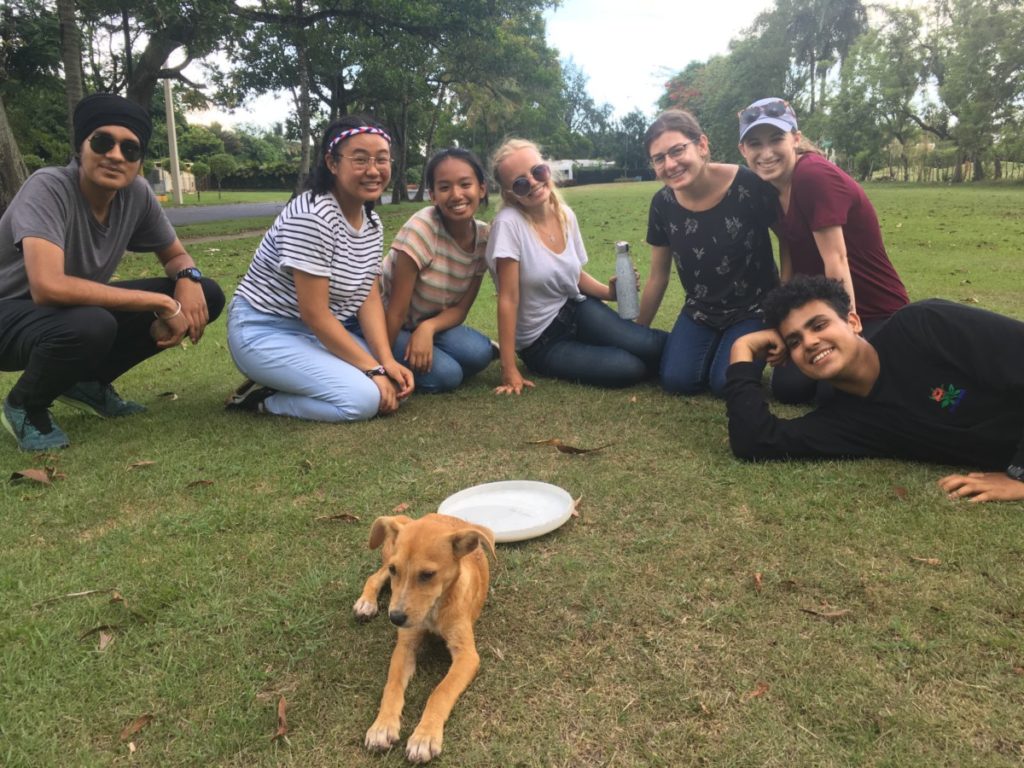