History and Culture Day in Riobamba

Today was a very busy first real day in Riobamba and we made the absolute best of it! We started with an amazing breakfast by Isabel, apples, “niños escondidos” (tempura bananas, best eaten with maple syrup… Kirsty’s favorite), and eggs. After that we headed back to our hotel to review safety and culture with our great Program Coordinators Andrea and Paul. We played a very fun and crazy competitive game of Charades/Pictionary, with a questionable outcome, we had broken the ice, knew how to be safe in the city, and were ready for our day. 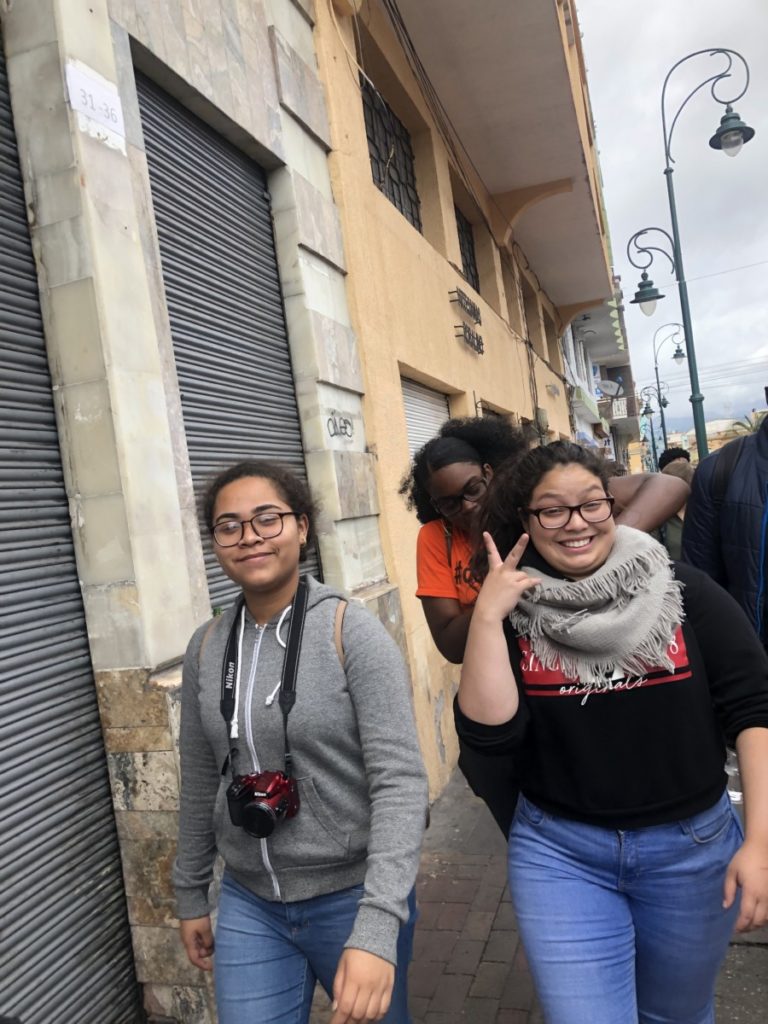 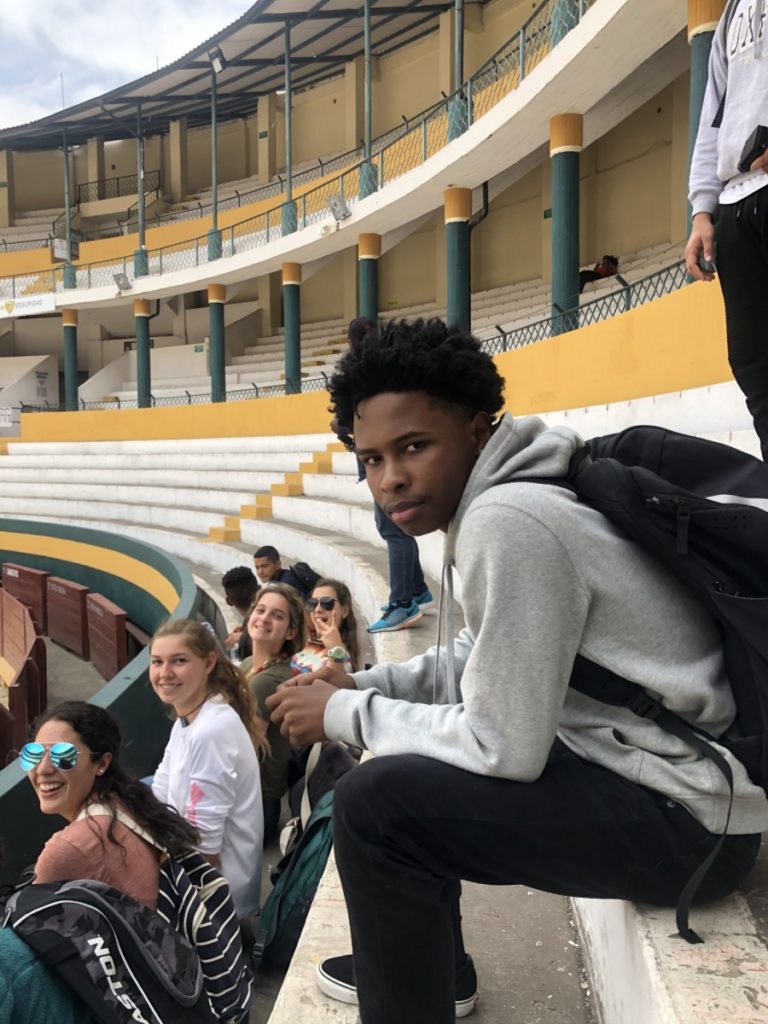 The first stop after lunch was Plaza de Toros. We got to visit an active bullfighting ring and learn the history and culture surrounding the toreros and matadors. Our guest speaker owned the ring and she informed us about the Spanish origins and the vote to continue the practice in Riobamaba but only two times a year on national holidays (not while we’re visiting). In case you’re wondering, there are three types of tor   eros, one with doing passes with bulls, one with maneuvers on horseback, and the final and more well known bull fighting that ends with the bull’s death.  Although as a group we were not united in our personal opinions on the sport we could all appreciate and respect the history and culture surrounding it and were grateful to be able to learn. 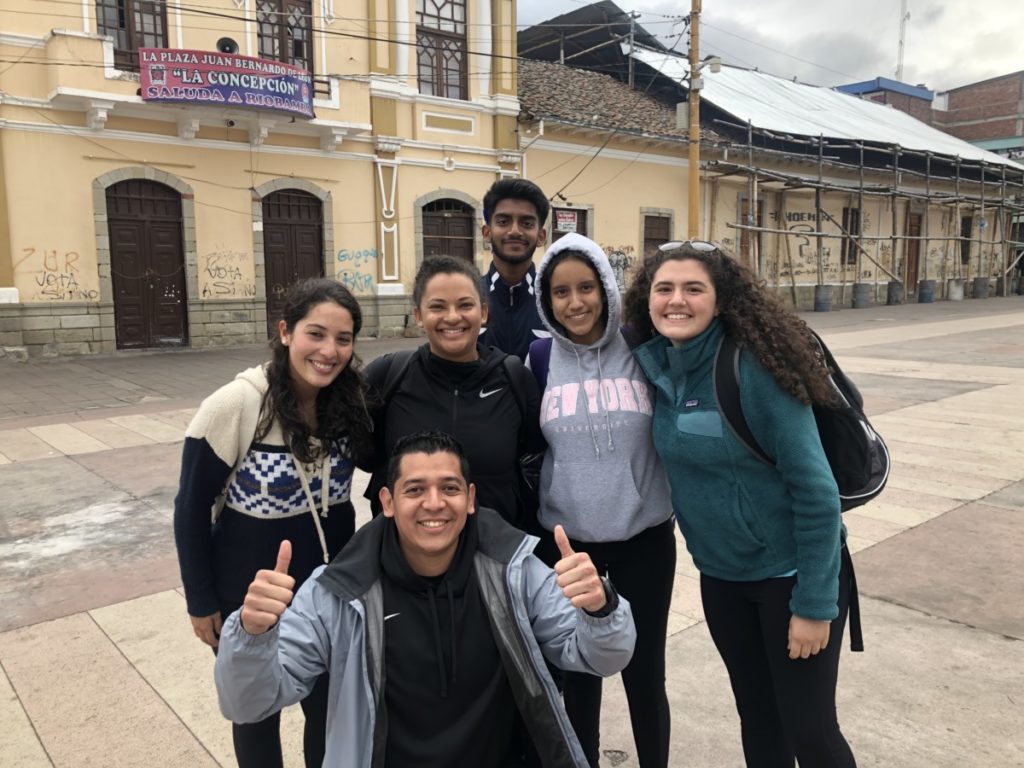 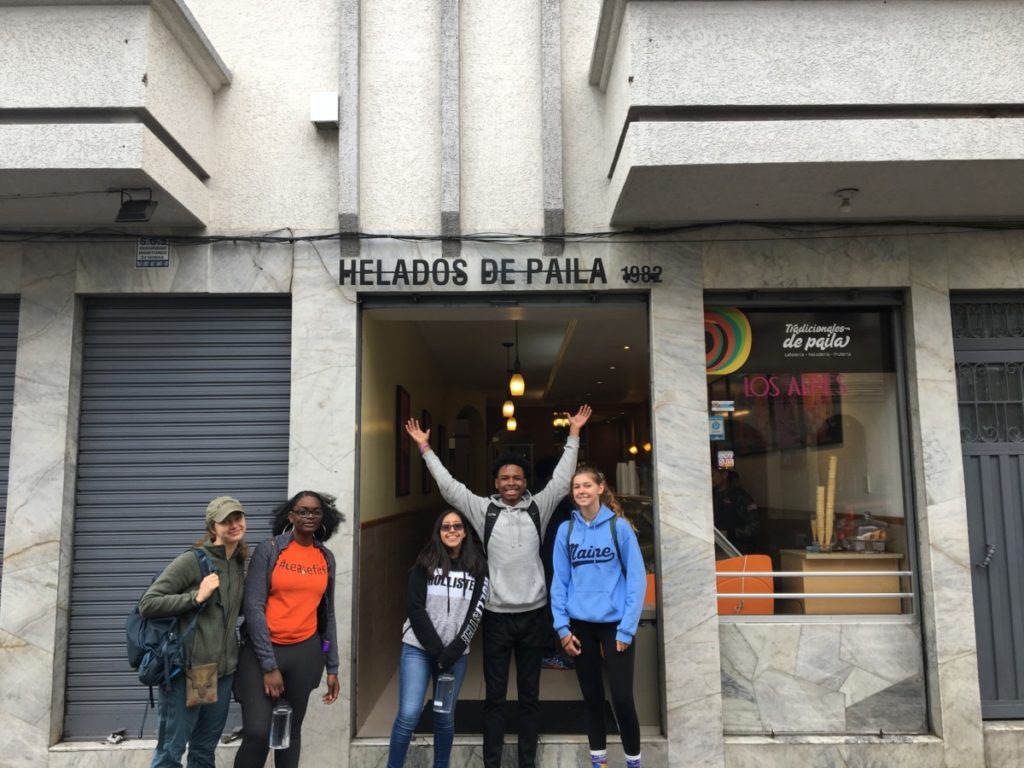 Right after, we broke into small groups for the scavenger hunt/tour of the city. This was a great experience for the Glimpser’s and us to learn a little bit about the city of Riobamba and to interact with the people from Riobamba! We each took turns asking questions to the locals about the history/fun facts about Riobamba. We would like to give a special shout out to our Spanish speakers for their enthusiasm and great spirit when it came to translating and supporting the group as a whole with the language barrier’s we faced throughout the scavenger hunt but also to our non-Spanish speakers because every one of them asked questions in Spanish. They all did wonderfully. 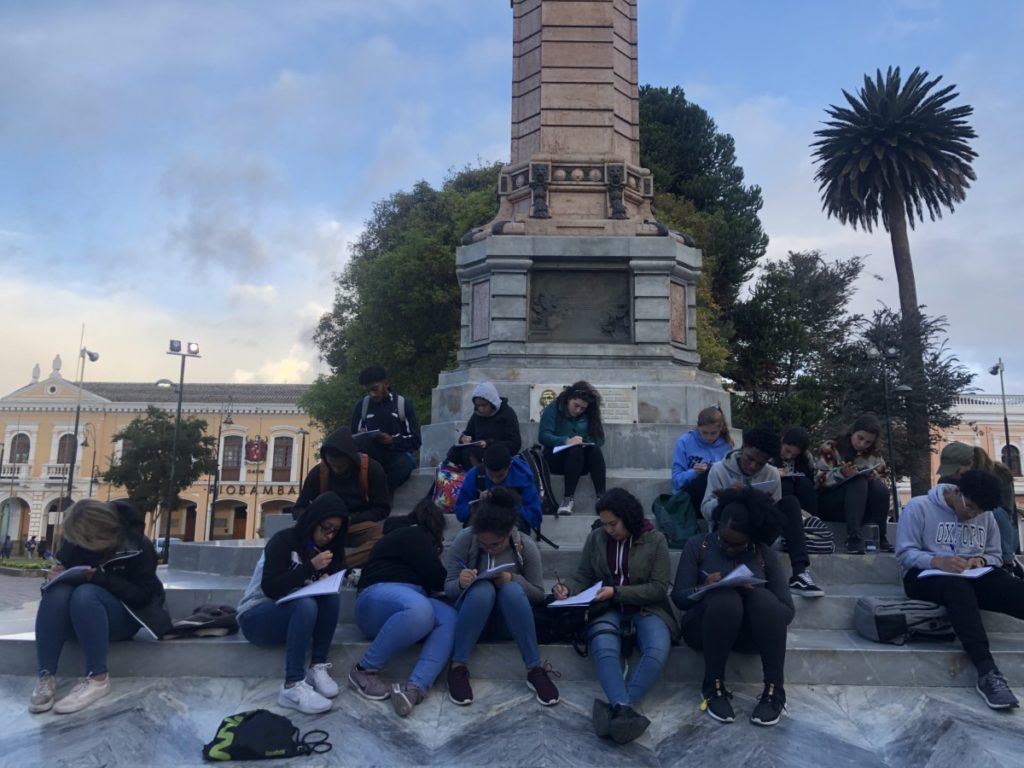 We ended with a self-reflection at the Parque Maldonado statue. This is where the Glimpser’s had a chance to express what they experienced during the scavenger hunt and how that might have compared to life in the United States. One questions for example was “What is the total population of Riobamba?” Most local’s that we encountered did not know the answer. We then quickly realized how much we ourselves as Americans are not as knowledgeable of such questions within our own country. 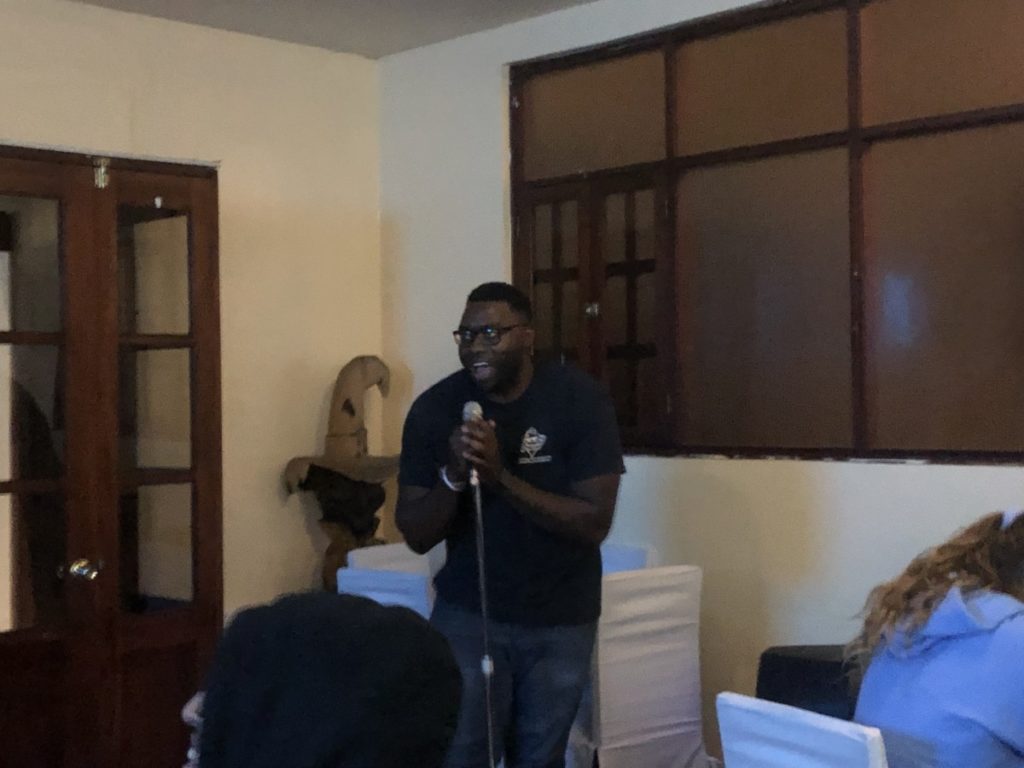 After the self-reflection we walked over to our favorite restaurant, Roma Santa! We had a great dinner and Byran had a chance to bless everyone of the Glimpsers and fellow leaders with his angelic karaoke rendition of Don’t Stop Believing. We had a few volunteers after that then the fun really started. We ended the night with a group the Cha Cha Slide. We are having a blast and absolutely love this group of Glimpsers. 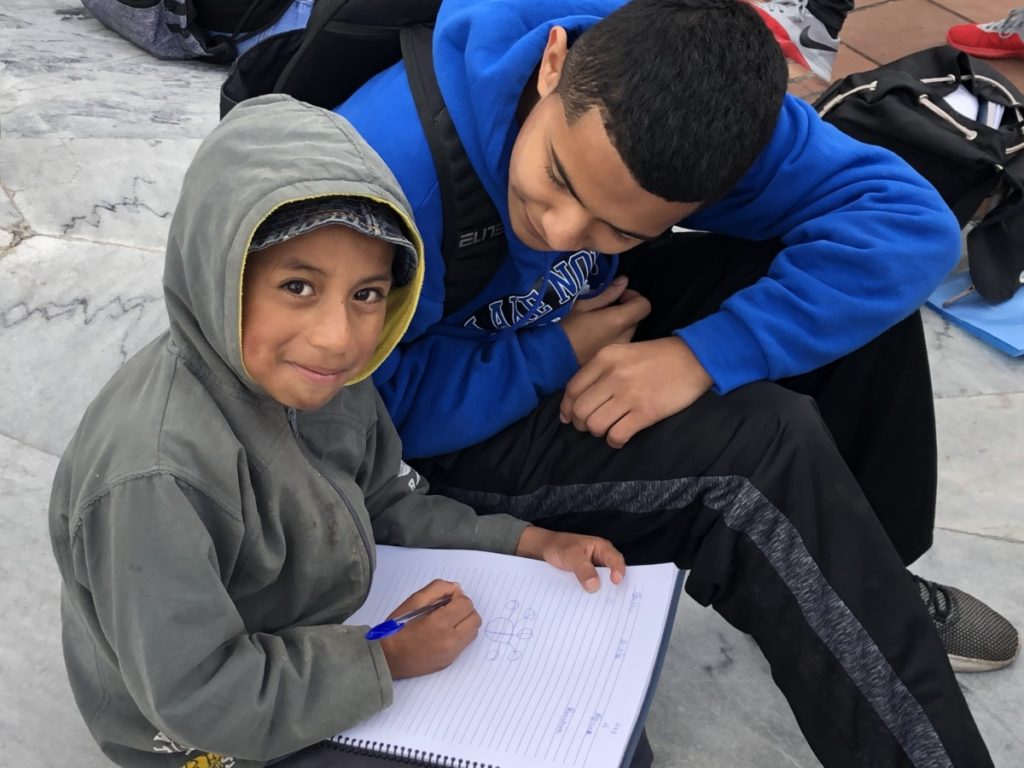