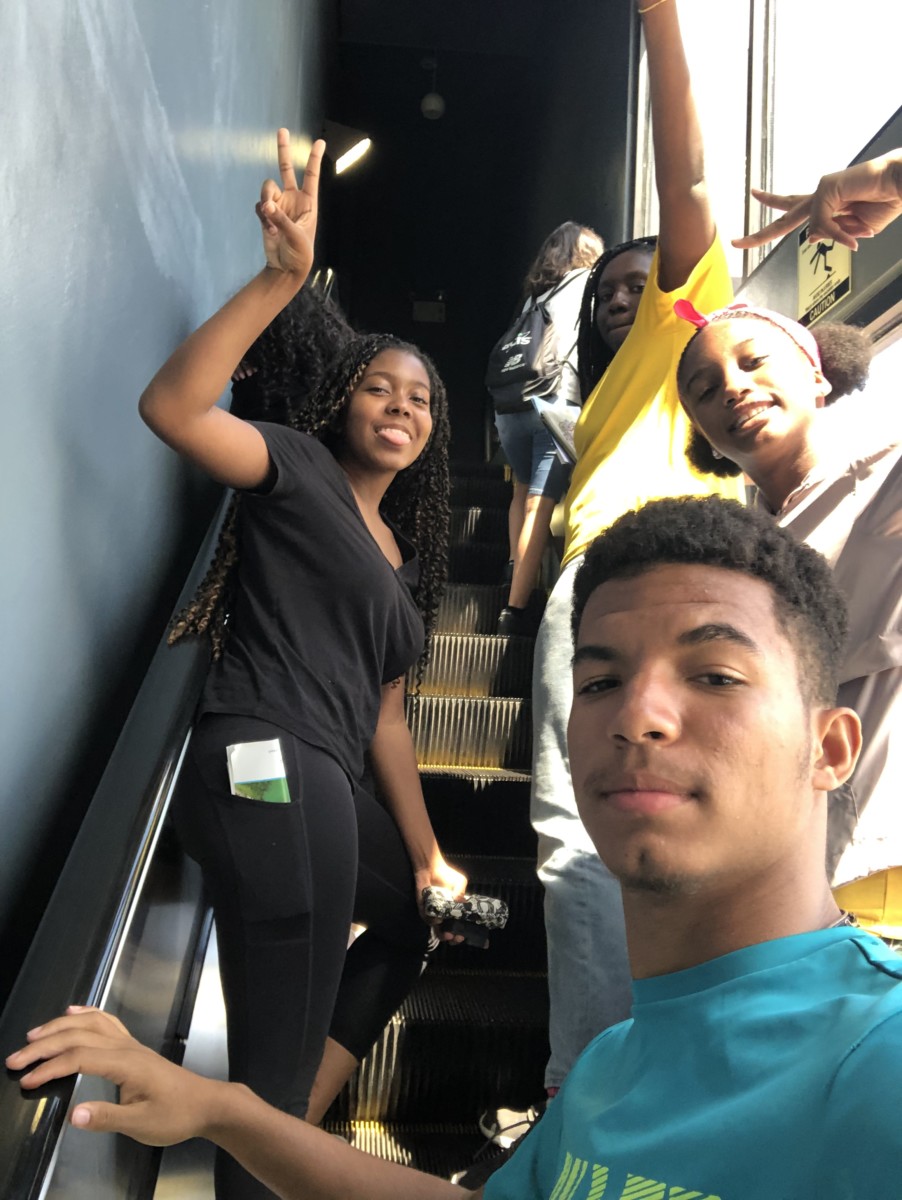 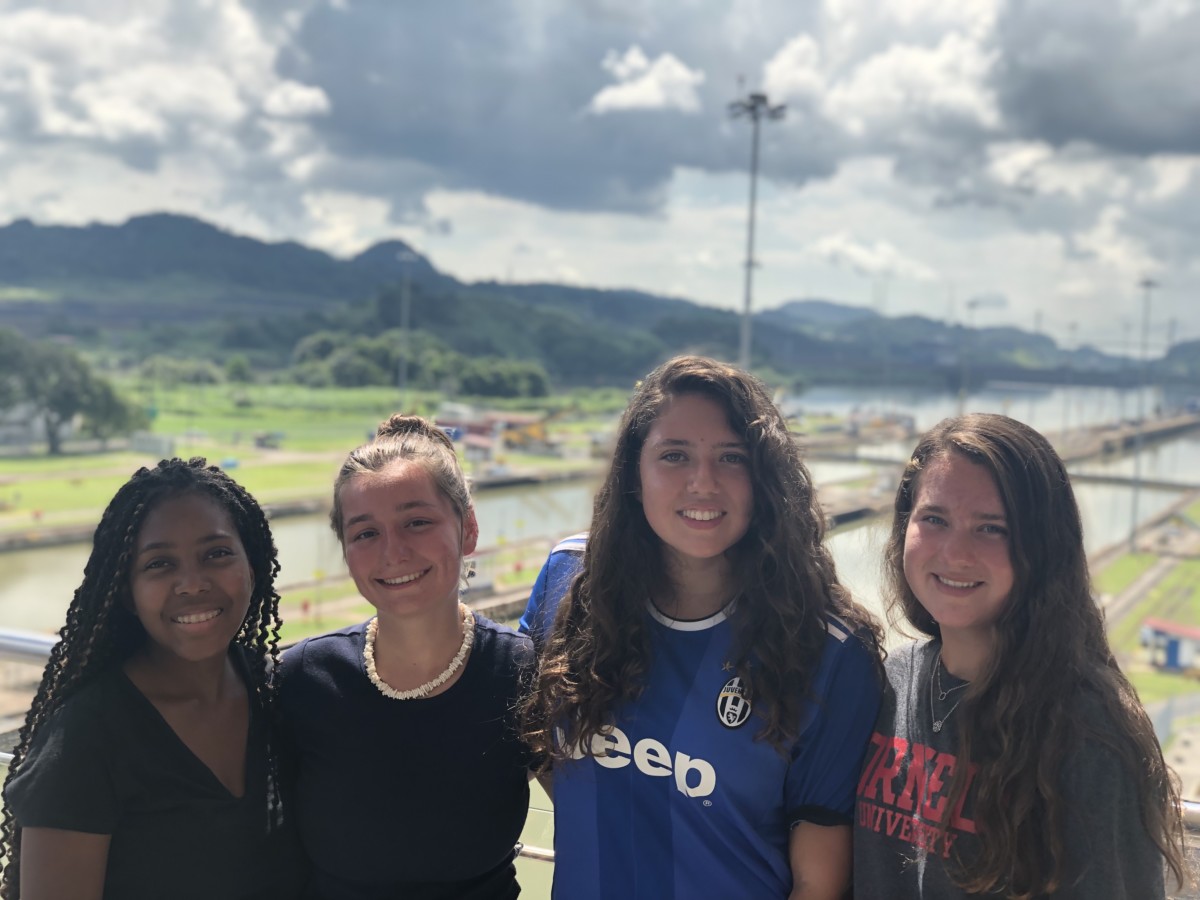 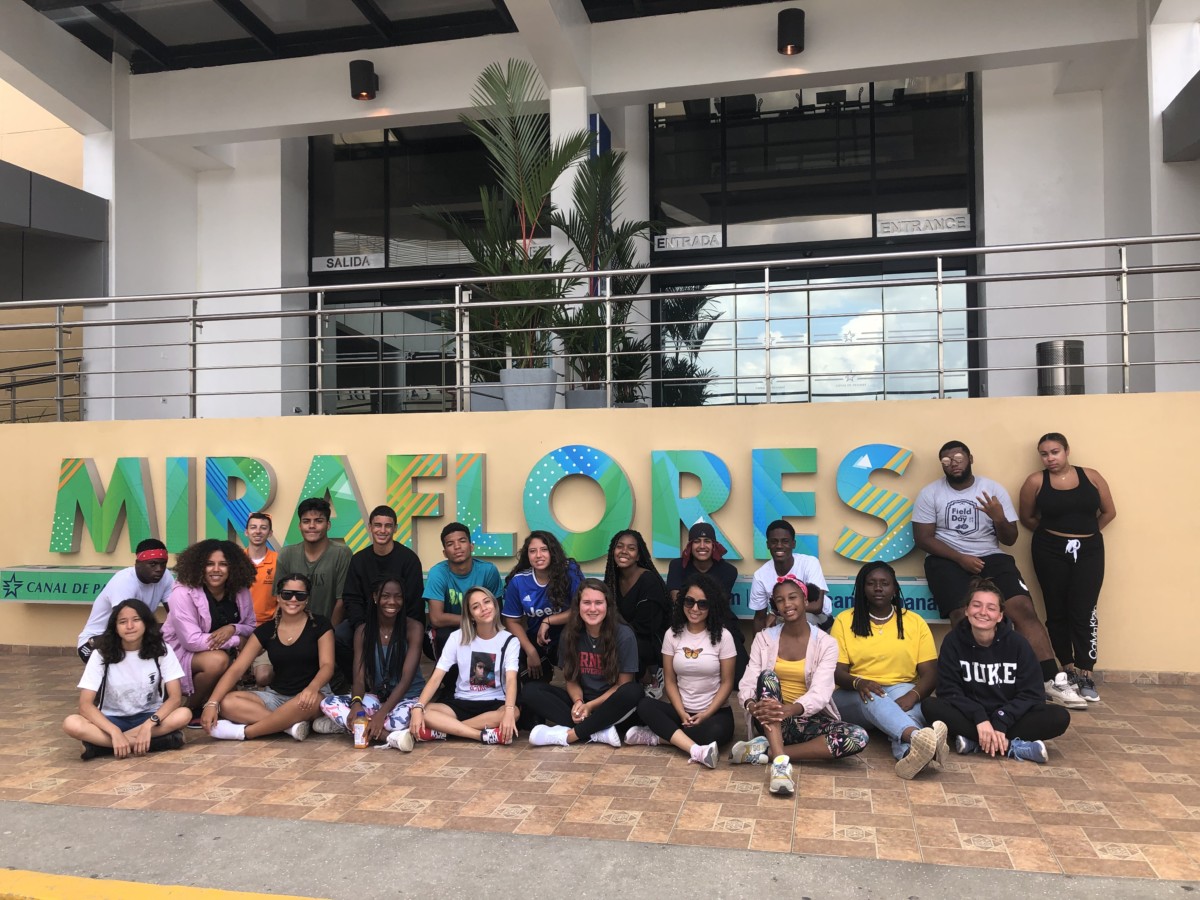 Our day started a little rocky because one of my duties as the leader of the day was to do the wake-up call and I overslept. Ms. Ortizzy (leadership coach) had to wake everyone up for me. We were packing to leave Hotel Hawaii, it was our second home while in Chitre, Panama. Amira surprised us with a wonderful movie of our most memorable moments in Chitre.

We were now prepared to embark on the 3-hour bus ride back to Panama City. We made a pit stop to a placed called Van y Ven for some lunch, which was ironic since we were leaving Panama behind. Once we arrived in Panama City, we went to the Panama Canal. We explored the museum and the history of making the canal in addition to its economic significance for Panama. The Museum has three floors that then led to the fourth floor which was the viewing deck. We initially wanted to stay and watch the 3:30 pm ship cross the chambers of the canal but changed our minds after learning that it would take the ship approximately 1 and ½  hour to cross it. We were restless by the end of this activity and looked forward to getting to the hotel. We had a long way to go before we were able to rest because we had to submit our final drafts of the Appreciation letters and also needed to participate in the closing meeting.

Overall, I think the closing meeting was very insightful because we were able to share our feelings about our Community Action Project, what we learned about ourselves on this trip and how others felt about us. It felt like a therapy session but in a good way, it definitely strengthened the bonds we had already created on this trip. One of my favorite moments from this meeting was the START, CONTINUE and STOP, which essentially were things you were going to do once you arrived back home, for example, START focusing less on my phone and more on establishing moments in the present, CONTINUE to travel, STOP complaining about the small things. Also, BIG LOVE, we passed around a sheet that had our name on it, we passed it down so others could write things they appreciated about each other. All in all, this day was eventful and a great way to conclude out time in Panama with Global Glimpse.

It was cool to be the LDD, because I saw how everyone else felt being a leader and now I could relate. I really enjoyed it, especially getting the attention of my fellow Glimpsers. I need to work on is building the confidence to take on other tasks I’m not quite as comfortable doing such as reading in front of everyone.