Hello Global Glimpse blog followers. Today’s theme was Indigenous Worldview which brought us to Pucura Tambo. In our bus ride there we got to see a spectacular view of the volcanoes surrounding Riobamba and the Chimborazo Mountain, which Chimborazo happens to be the highest point on the earth thats closest to the Sun. When we arrived to Pucara Tambo we were greeted by one of the indigenous people which he then gave us a tour leading to the communities traditional ceremonial space. There we experienced a cleanse with different herbs and plants. The experience was honestly calming and for many of us we felt that the cleanse truly got rid of any negative energy we had. After the ceremony we got the chance to view some of Pucara Tambo’s history and artifacts in their museum. Once done we had the opportunity to eat some of their traditional food which we then learned they only serve in special potluck occasions. Before finishing with our lunch one of the indigenous women came out with cuy, fried guinea pig. Many of us took the opportunity to try a new kind of meat, however many were shocked at the difference Ecuador had compared to the United States when it came to the treatment of guinea pigs. We said our thanks and goodbyes to the indigenous people before hopping on the bus and transporting to the hotel where we got ready to speak on our Community Action Project (CAP).

Throughout the CAP presentation we spoke on the project in which two teams were formed, construction and painting. The construction group will work on the farms gazebo and the painting group will focus its efforts on bettering the view of the paint job the farm has. After the CAP presentation we held a seminar in which we had a guest speaker, Mauricio. Mauricio heard all of our ideas and plans which he then gave us the green light for. He was extremely surprised and so impressed with our ideas that the seminar finished early.  Since the seminar had finished earlier than expected this gave the group time to transition and get prepared for our upcoming english class. Once done with the preparation we transported from the hotel to the school, Colegio Nazareno, here we spent two hours teaching kids English all which were in different levels; beginners, intermediate and advanced. Within the two hours we had introduced ourselves and had done icebreakers with the students all of which led into a much more comfortable environment that helped us feel connected to the students .

To finish this busy day off Isabella prepared a dinner for us which consisted of white rice, filet fish, zucchini salad and the traditional ahi hot sauce. We also had the choice of black, manzanilla (chamomile) or horchata tea. Isabella strongly suggests to drink tea which she swears it’s amazing for the heart. After dinner we returned to the Hotel, we then started with our nightly meeting which we ( Joanna, Marina, Yvonne ) passed the torch to tomorrow’s leaders of the day (Bryant, Nestor, and Gary). We will update you tomorrow on our Aid and Development day, goodnight and thank you for reading from Yvonne, Marina and Joanna. 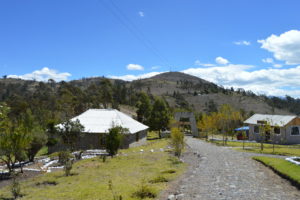 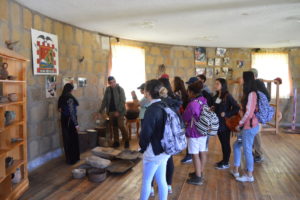 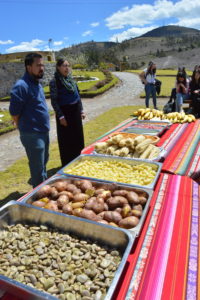 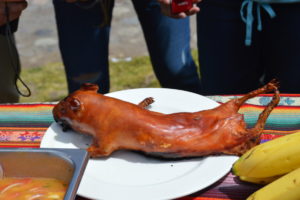 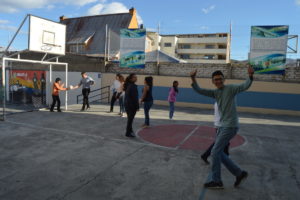