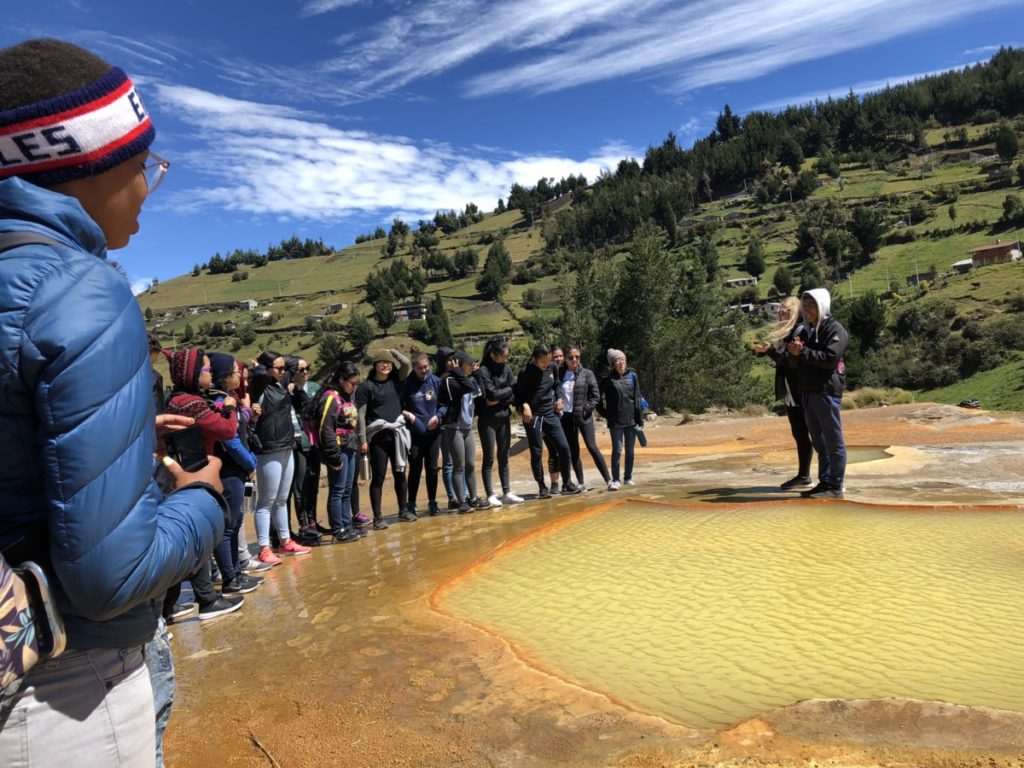 What are the similarities and differences of poverty between the US and Ecuador?

“Give a man a fish; you feed him for a day. Teach a man to fish; and you have fed him for a lifetime.” 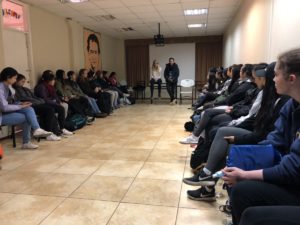 pic was deconstructing poverty, and we visited Salinas once again. At Salinas we visited the salt mines which was a difficult journey, but this will be good preparation for our hike up the local volcano, Chimborazo. There were many flights of stairs, but everyone persevered. We learned that the mines represented tradition, heritage, and a way of life for the community of Salinas. There were three salt pools named by the indigenous community: kari, warmi, and churi (husband, wife, and child). Each pool hosted a higher concentration of a specific type of mineral: for instance, the kari pool had zinc, the warmi had sulfur, and the churi pool had iodine. Our guides explained the whole process of producing salt. After, we had the opportunity to visit a choza (a traditional hut) where we learned more about salt production in the community. 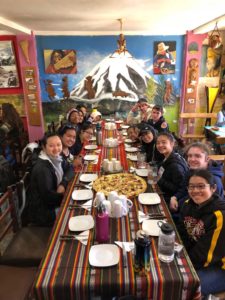 After the salt mines, we had a guest speaker named Luis who spoke in place of Padre Antonio Polo, the man who help brought economia solidaria to Salinas nearly 50 years ago. Luis, who has seen Salinas develop since Padre Antonio’s arrival, spoke of the history of the city and how its inhabitants were exploited by the rich. The inhabitants did not know of their basic rights, and most had never received any money. Padre Antonio came and put actions behind the Catholic value of “daily bread” by improving their economic troubles. He established a credit system where people would pool their money. By doing this, the entire community contributed and held ownership of their many industries such as chocolate, cheese, and wool.

As we reflected upon the words of Luis, we headed over to lunch where our Program Coordinators surprised us with pizza! Everyone enjoyed this wonderful meal where we got to have a taste of home. Everyone was in good spirits, and Javier played the guitar while we all sang along. Afterwards, the group headed over to a community store and bought our last items from the Salinitero cooperatives. 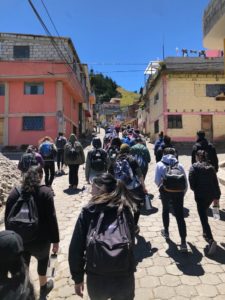 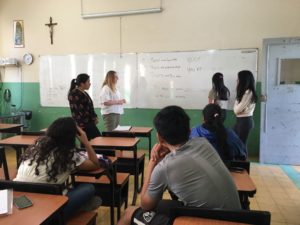 Today’s second English tutoring session was easier because we knew what to expect. It seemed like all of us 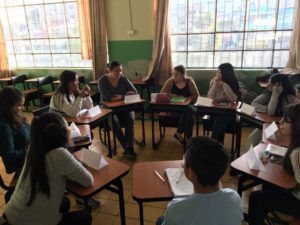 Glimpsers were enjoying their classes and got along well with each of their students. Many were seen having fun playing games outside in the basketball courts. Time flew by fast, and soon we were back in the hotel preparing for our CAP Presentation. When Eduardo and Fabian from Fundación Bestesda arrived, we all gathered in the meeting room and shared with them our presentation. We were all very excited that they approved our ideas to continue supporting them with the construction of their new center in Llacán. Now we will continue on with what we had planned and hopefully it will be a huge success.

During our nightly meeting Evan, one of our GGLs, lead a powerful “Bring It Home” discussion that was very insightful. We spoke about topics related to our Question of the Day which included privilege balance in economy and access inequalities in different countries. This led to a very long, thoughtful discussion that everyone will bring home and continue to learn about equity and opportunity – and this only the beginning. 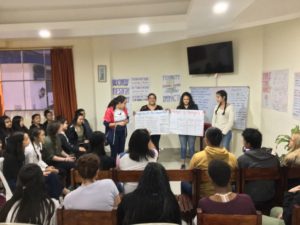