It’s My Country Too!

Today being the eye opening experience that it was, really changed how I perceived who I  am and it made me feel proud of my nationality. I chose to be leader of the day on immigration day from the start because, I too am the son of an immigrant and I would also consider my self to be an immigrant because I just got fully nationalized when I received my passport for this Global Glimpse trip. At the start of the day, we arrived at the Batey, a settlement created for sugar cane workers, many of which are Dominicans of Haitian decent or Haitian immigrants. Walking around and touring I couldn’t help but smile. Every thing there reminded me about Ghana, the place where I originated from. I saw the people interacting the same, the kids being so carefree, and  basically the whole community being happy even though they had close to nothing and were also at risk of being deported if they didn’t have the proper documents. When talking to one of the people, I asked them which nationality they would consider themselves to be apart of and surprisingly they said they were Dominican. It was surprising because these are the same people whose nation doesn’t want them and makes ridiculous laws that hinder them to be fully nationalized Dominicans.  I felt personally connected to there stories because, in America I was made to change who I really was in order to fit in, and until now I was ashamed of how people would see my culture. The experience that changed me was that I saw how proud they were to call themselves Dominicans even if the country didn’t want them. People may find African culture to be weird but I am fully proud to say that I am Ghanian and I don’t really care if people find my culture to be weird. I also learned that it only takes the people around me to make me happy and being around so much technology that really clouded my perception of was true happiness is.

Today, I also had to take a leadership role where I had to make sure every one was accounted for. When touring around the Batey, about our first stop only Charles (one of my peers) was asking the really important question and I thought that wasn’t right. I was the leader and I should be the one to really lead by example so that basically  forced me out of my shell and I asked a lot of questions. Which prior to now, I really wouldn’t have asked. I think I grew into a person who can now take care of his own self and I’m thankful to Global Glimpse and my peers for making this trip a safe space where I could come out of my shell and that no one would judge me. 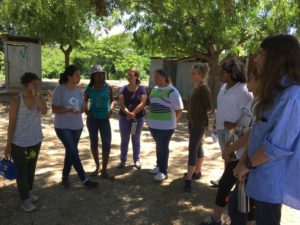 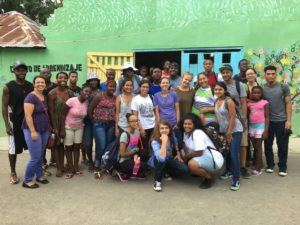 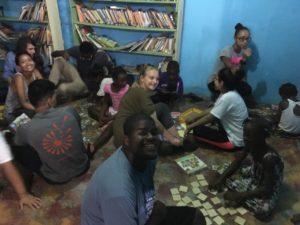 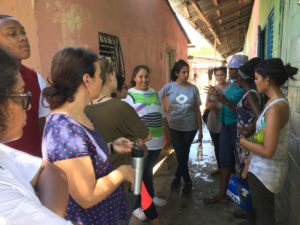