Holla holla! Today we ‘lived like a local.’ We started last night by taking bucket showers and not using electricity. Then today came and it was time to head to La Prusia, the local community where we would stay with families. We all felt pretty nervous, especially since we were entering the home of a stranger. However, the most surprising thing was the the locals were amazingly welcoming and nice. The kids were adorable and the animals were so tempting to pet. We didn’t expect to become so attached to the kids, but we did. We learned to really appreciate all the things we have because the families in La Prusia didn’t have as much as we do back at home, but they were still content with what they had. As Lideresas del Dia (leaders of the Day), what we were most proud of today was how everyone quickly adapted to the environment, didn’t hesitate to do any work, and let loose with the kids.

All in all, today we learned that there are many things we take for granted back at home, such as quality healthcare, technology, and education. In La Prusia, we saw people with none of those things. However, one thing we all had in common was that we want the best for future generations. 🙈 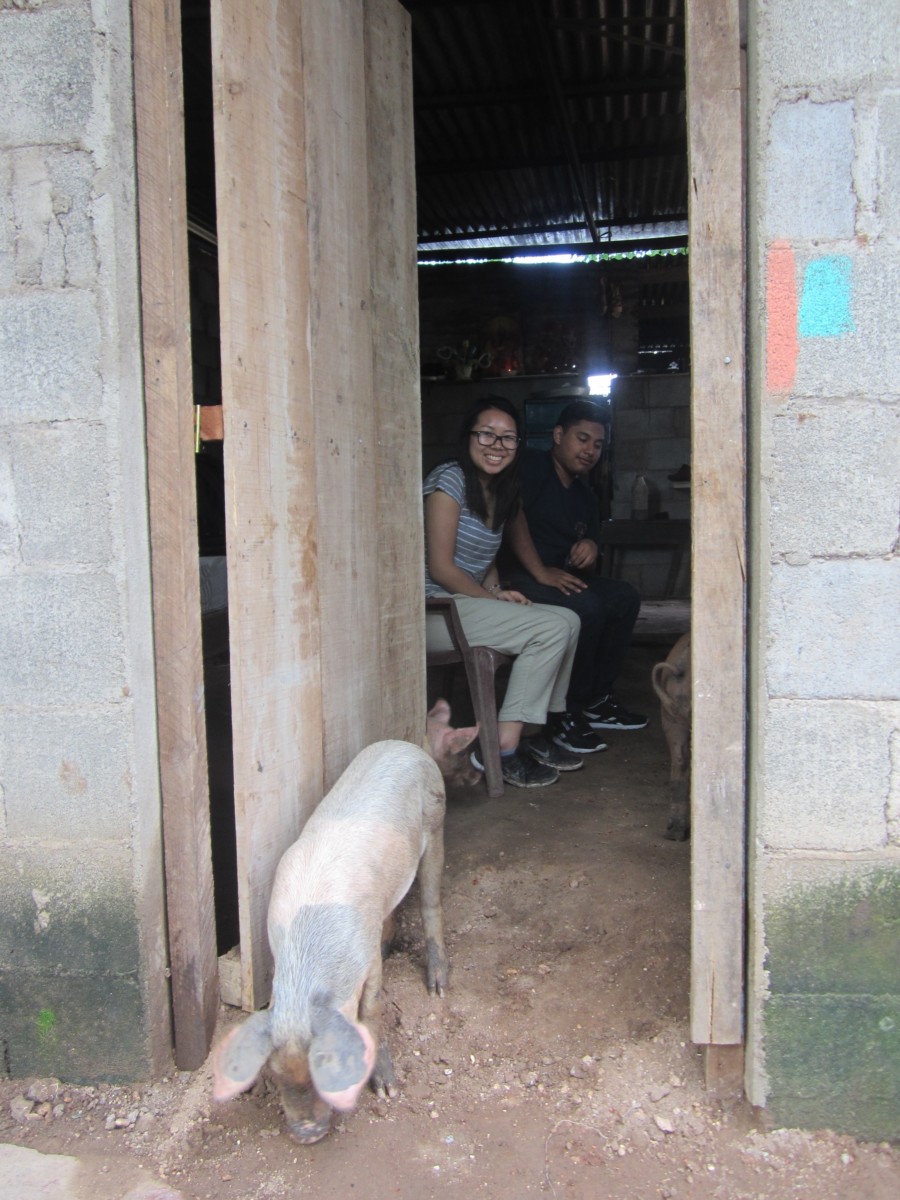 Iris and Matthew with a few pigs in the house

Desiree, Randy, and Norma with their multi-generational family headed by Maria Auxiliadora 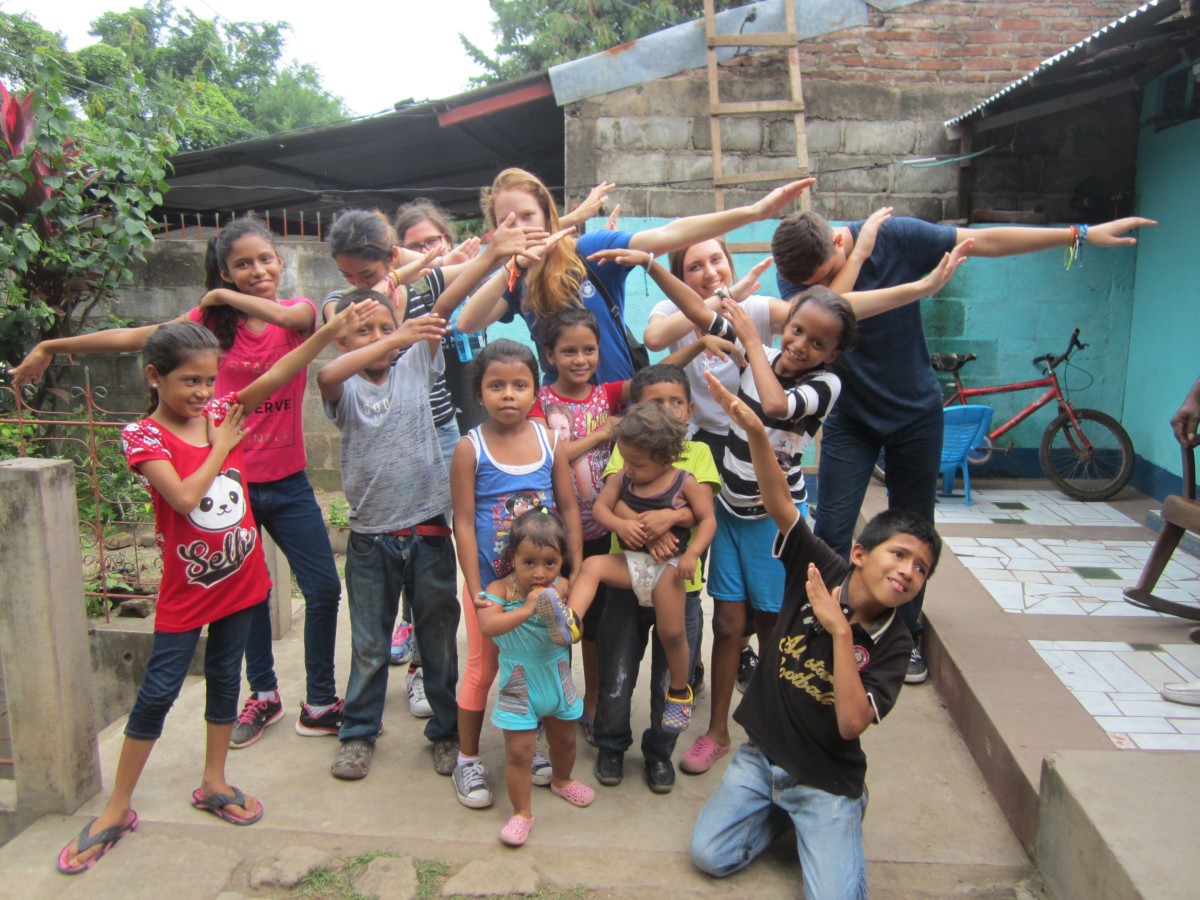 Abby, Sophie, Lauren, and Riley dabbing with some of the many children in their host family homes.