Hello I’m Miguel and I was today’s Leader of the Day.  Today was definitely filled with hard work, not only for me, but also for my team (the other glimpses). There were schedule changes, manual labor, and it was a tough day emotionally, but my team and I were able to push through and finish our day strong!

The day started off with me having to wake up my team so we could all start our day. I’m going to be honest, banging on your team’s doors is not the best way to start their day but it was really fun for me. After my team had all gathered in the lobby we walked to Roma Santa and we had breakfast. For breakfast, Isabel made us toast, fresh cut pineapple and dragon fruit, and graham crackers with Nuttella. After breakfast our bus driver, Victor, came to pick us up and take us to a farm in San Pablo. I was really excited about this trip and we were all eager to find out what it was like to have a first hand experience working on a farm. 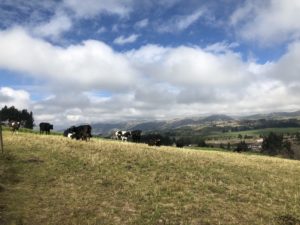 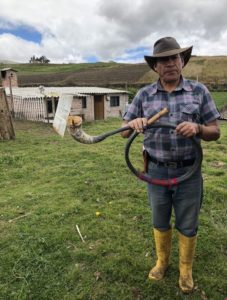 We finally got to the farm after a long 30 minute bus drive and honestly we were excited to get to work. Once we got off the bus the owner of the farm, Don Jaime, greeted us telling us how grateful he was for us being there and helping him with the farm. Our first job was to flip potatoes to their other sides so that they could dry and wouldn’t go bad. 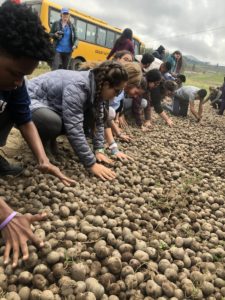 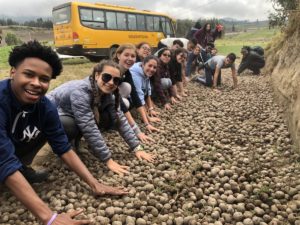 That was the easiest part of the day because after that Don Jaime told 8 of us glimpsers to walk with him and grab gardening tools so we could all walk to a big field. At first I was confused because all I saw were these big hills of brown stuff. Turns out it they were mountains of fertilizer aka poop. The other half of our group (the strong women as our PC Andrea says) had to shovel a different type of fertilizer (other poop) into bags and carry it across the farm to add to the mountains my group already had. Our two groups worked well together, the first group had to shovel/spread poop across the field, while the second group took their bags of fertilizer and spread it across the field with their hands. It was hard work but also the most fun I had during this entire trip because it showed me what hard work actually is – plus watching my team shovel poop was pretty funny! Once we’d finished two hours of hard work, I gathered up the group so we could do our last job for the day, milk a cow. At first I was a little nervous because I had never done something like that, but I had to push through and just do it.  It was uncomfortable at first, but after a while it wasn’t that bad. A couple of my team members also got to milk the cow, Kirsty, Natalie, and Ally. We each filled a cup, which is nothing compared to the 100 liters that Glorieta, a farm worker, can get in a day. After we said our goodbyes and thank you’s, we were so happy to have helped because Don Jaime kept telling us how he was so grateful for us helping with his work. Then we took the bus back to Roma Santa. 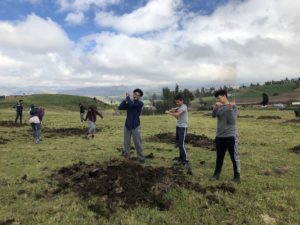 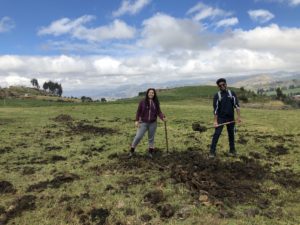 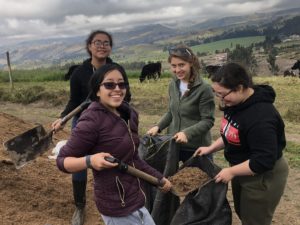 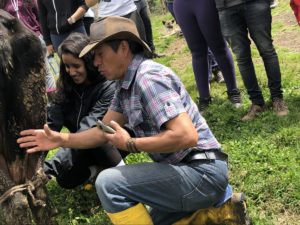 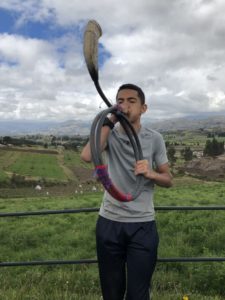 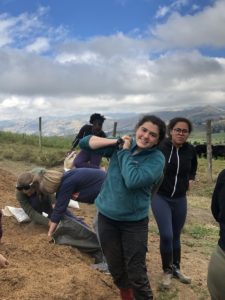 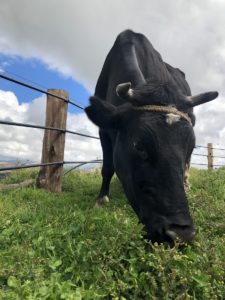 Then my first challenge as leader hit hard. We got to the restaurant smelling like poop, we were all tired having no energy left from the farm work, then my global glimpse leader tells me that our schedule has been changed…. again. Before we were supposed to have a 2 hour free time, but the change left only one hour to take showers and get ready to do a self-reflection. That might not sound like such a big deal but we were all covered in poop and all share rooms and have limited numbers of showers.  I told my team the news and as expected, they were not happy. I admit, this really got to me because everyone was asking me questions that I didn’t have answers for, so I told everyone to wrap up lunch early so we could try to have more time to shower and maybe take little naps. Once we got back nobody was in the mood for anything, but I was hoping that once everyone came back from a shower they would be a little bit happier. Thankfully my prayer was answered when everyone was happier and ready to start the reflections right on time. We split into three groups my group talked about how people in the United States take things for granted, like easy access to grocery stores and more diverse job opportunities, when we have so much more than other countries. After the reflection we had a little more free time so most of us took naps, including me. After that nap I was ready for anything.

We all regrouped in the lobby and walked again to Roma Santa for dinner, but it had to be a little rushed because we were going to visit a school later that evening. Once we finished we rushed out the door. As we got to the school, we were greeted by the principal, she told us that we would be in class rooms learning by shadowing her students. This school is night classes for older learners who didn’t finish Ecuadorian high school but want to go back now to get their diploma. My small group was selected to shadow a biology class. Other groups visited a phys ed class, physics class (which I heard Natalie was amazing at), and an entrepreneurial class. I didn’t mind my biology class and overall my group felt it was a good experience.  At the end of the class there were a couple of math problems on the board that the teacher wanted my team and the class to finish, I’m not the best person in math, but it didn’t stop me from trying.  My team and I finished our work and gave it to the teacher and imagine my surprise that I got all of my questions right! I was proud that i was able to overcome and succeed in a subject that I struggled with. I really felt connected with the school’s students at moment – this feeling is what they’re working towards too. After the class, we went back to the hotel to go over our very busy day and I got to pass LDD to Matthew and Michael. 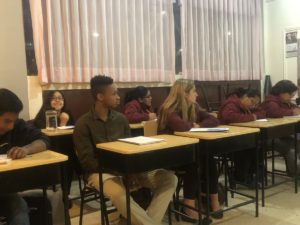 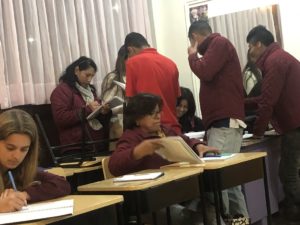 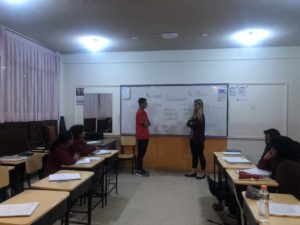 That’s about it for the day, hope you guys are still reading and following us on our journey. 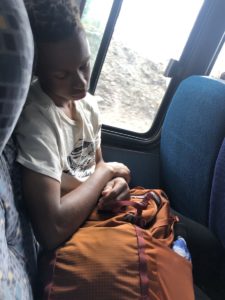 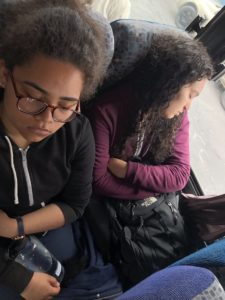