Looking at the Good & the Bad

We are Armin and James, the leaders of the day for today. For Global Business we woke and had cereal and milk for breakfast before heading to Cormidon, a mining company in the mountains of Bonao. We met with Jonathan, an environmental scientist and he told us about the mine they worked on and the process of extracting minerals from the rock. After the tour of the area and an explanation of the environmental work they do there, we took another ride to Loma Miranda and ate lunch there while Escalin told us the story of the suffering of the community due to lack of usable water.

Something to think about for the glimpsers was the two opposing perspectives we encountered. On one side was the mining corporation Cormidom, that was excavating much needed materials while still trying to be as environmentally conscious as possible. On the other was Loma Miranda, a community of Dominican people who joined together to resist the devastating effects which could result from a mine. At our nightly meeting, a majority of the glimpsers sided with Loma Miranda and its struggle to keep clean water and safety for the residents nearby. We talked about the importance of having the needed resources as well as retaining them for the future generations so that they can lead a fulfilling life.

When viewing the river and the people who live there, we saw that it is not just a river. It is their lives. To us, the river was like a theme park that never ended. Every few inches was another group of community members spending their normal Tuesday at this river. While some were admiring the cool, refreshing water and taking a swim, others were making their lives and working. This river by Loma Miranda encompasses not only an amazing time, but the passion of a community to thrive. We are born with the right to thrive and to those reading this, you can help too. Spread the news through social media that the Loma Miranda could be exploited for gold and pollute the water, forcing all the locals to evacuate and become homeless. By using the hash tag, #LomaMirandaNationalPark, we can all work towards making the river an official national park, thus negating all possibilities of ruining the lives of thousands of people living in this community and others in the area.

As leaders, Armin and I are most proud of our fellow glimpsers for being attentive and respectful to our partners who explained their respective industries. The people who we considered most inspiring were Jonathan and Escalin, both of whom spearheaded their peers to follow their cause.

Being leader of the day was an experience, but definitely something we did not regret. We overall had a great time, from showing off some flip kicks to dancing ¨The Scarn¨, today was unforgettable and would love to lead again as the leaders of the day. 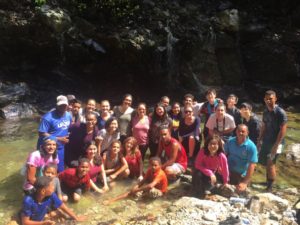 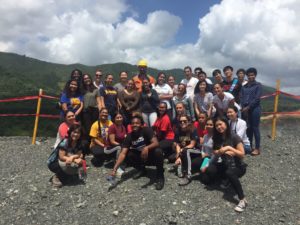