Today´s LDD´s were Michael and Matthew. Our day was centered around deconstructing poverty and getting to experience it through the eyes of the children. Ordinarily, the wake up call was at 7:30 but we asked fellow Glimpsers to be in the lobby by 7:45. This was mainly because we wanted to lift up their spirits since the previous day was emotionally difficult for many of us. Before we headed to breakfast we gave a nice little speech emphasizing the idea that we are now family and we’re all in this together. Then we had a group hug with Byran in the middle and we all screamed family on three. From there we headed to Roma Santa (our favorite place to eat) and we had a delicious breakfast that consisted of fresh strawberries, bananas, pancakes, and cereal. After finishing breakfast we led the way back to the hotel.

“Yurrrrrrrrrrrrrrr,” we shouted to get everyone´s attention the New York way. Then we went to our amazing white room (the meeting spot which we have also dubbed the panic room because it’s basically an underground bunker) and started a mental warm up reflection about poverty. We had an activity where we all created our own stories of poverty. For instance, I (Matthew) wrote about a kid named Tim who suffered from poverty due to the death of his mom at a young age and his dad using drugs to cope. Tim had to grow up too fast in order to support his family. I (Michael) wrote about a 10 year old kid named Chewy who lives in the United States with his four siblings and parents. Chewy was very outgoing and had great vibes despite his predicament of being poor. Both of his parents worked two jobs and often didn’t see their kids due to very late shifts. To Chewy it is amazing that although his family lives in one of the most wealthiest countries, they still have one of the highest poverty rates across the globe. However, this did not break Chewy and his family, it kept them strong and united. This is because poverty isn’t a lack of character, it’s a lack a cash. Listening to Ms. G’s story made me realize that becoming poor can happen to anyone at any given moment in your life and being born or raised into it isn’t the only way to become impoverished. Our stories included lost jobs, violence, immigration, and young people working to support their families. The goal was to realize that all impoverished people have stories, have lives, and are people too. Sadly, for a lot of these kids that are born into poverty their reality is that they have to work and oftentimes can’t have an education. The kids that want to be doctors, lawyers, or teachers realize at a young age that they can’t have their dream or have to work 100 times harder to get it. The mental warm up activity made it clear that we needed to be understanding of the circumstances of the children we’d work with and to acknowledge that in Ecuador they don´t have the same opportunities that we have in America. 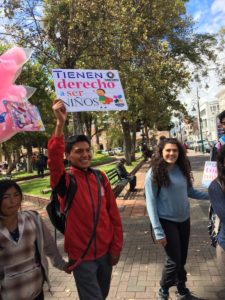 Anyways, after that we continued on with our day, we headed to Parque Maldonado where we worked with Manitos Trabajadores, one of Global Glimpse’s partners. Glimpsers formally introduced themselves to the organization and soon divided into four groups and we began to help sell commodities with the children, suckers, cotton candy, chocolate, and more. This was difficult only because we were often overlooked by people in the park. At first, most of us were ashamed to beg for purchases because we’ve never done this before. Then we came to the realization that these kids do this on the daily basis and it would be rude if we didn’t do the same, we didn’t want to embarrass them or be embarrassed. The faces that the kids made when we sold cotton candy or any of their goods would make you appreciate what you have and not take things for granted. Essentially, they showed us that happiness can be found through any sort of situation that you may be experiencing. When we finished selling commodities, we sat down with the kids and got to know them a bit better. Sitting there with them made us realize that hope was definitely their motivation and there are no plans to give up until they become what they aspire to be. After we had an amazing meal cooked by the organization. Every Saturday they make a homemade meal for all the child workers in the park. One moment that touches us was when we saw one kid put his food into a plastic bag from the floor. He took the food not for himself, but for his family. It turned out that saying goodbye was the hardest part of the day. They had become our friends and friendships shouldn’t be ended in a hour. The kids weren’t just random kids, after our experience together it seemed like we knew them for a long time, like they were a part of us. 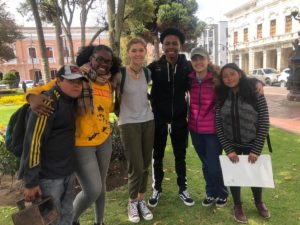 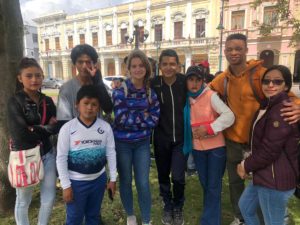 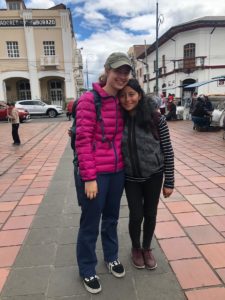 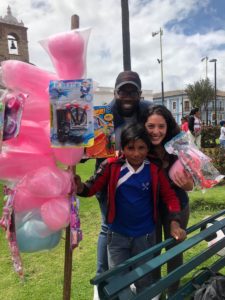 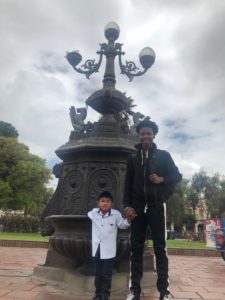 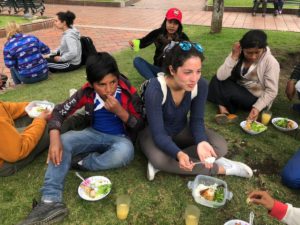 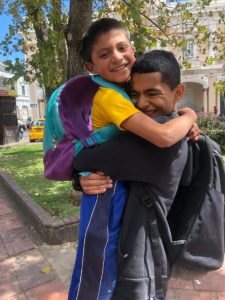 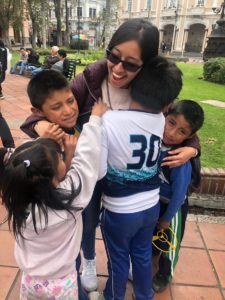 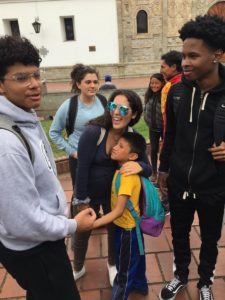 Finally, we went back to the hotel and had a self-reflection in the courtyard. It was hard to face reality and realize that these kid have to always work. Even when we leave they are still going to work and even in two years they will still be on the streets selling. Overall, nothing could prepare us for today and the hustle that the kids had. Many of us cried and all of us tried to find ways we could connect this to how we think about and treat others when we get home. As Paul said, we should carry the feelings of that moment with us always.  This was a once in a lifetime experience and we were glad to be in their shoes and put beautiful young smiles on their faces. 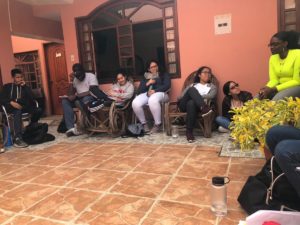 From Michael and Matthew, we ouchea (goodbye the NY way)