Today was our eighth day on the island, meaning we are “mitad del viaje” (half way) through our trip. To celebrate this, we had a fun day to explore the island.  The sense of community I had experienced in the Dominican Republic so far continued even when we were not directly working with the locals. When we went to explore the beach, there were lots of people there. One family even brought their dog. The entire family, including the dog, was all dressed up in white. While we were out playing in the ocean, a group of young boys came up and starting joining in our games. Even though there was a large language barrier between us, we were still able to have fun together. We splashed each other and played a game where you had to guess what hand the rock was in. These games were especially good because you did not need to speak the same language to participate. I often go to the beach back in North Carolina. Especially as I have gotten older, I barely ever play with anyone at the beach except the family or friends I arrived with. I was glad that these boys approached us today at the beach because it allowed us to have more fun and meet new people.

After eating lunch at the beach we went to a freshwater spring. There were multiple waterfalls leading into a pool at the bottom. The water there was incredibly cold and most of our group was shivering on the side of the pool, barely going past our knees. Locals quickly came up to us and starting splashing us, just as the boys in the ocean had. This resulted in Brennan splashing them back and starting a whole splash battle. It was super fun and helped us get used to the temperature of the water. Again, we did not need to share a language in order to have fun together. This was especially interesting because the locals that came up to us were adults. It was surprising that kids came up to us on the beach, but that is more expected than adults. I feel like kids tend to be more curious and brave when it comes to meeting strangers. The fact that adults came up to us to get us involved strongly highlights the sense of unity that has surrounded us the whole trip. I never feel like adults back in North Carolina would care about getting involved with a group of teenagers, so it was interesting to see that happen here in the Dominican Republic.

These are just two small examples of the strong community prevalent here in the Dominican Republic. It was especially interesting to see this on our free day when we were not scheduled to meet with any locals. We still interacted with the community a lot and were able to make new friends, even if it was just for the day. The overall attitude the locals have here draws a strong contrast to the typically anti-social customs back home. The first eight days of this trip have been truly amazing and I have learned more than I ever thought I would; I cannot wait to see what the next eight days have in store. 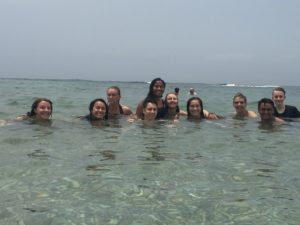 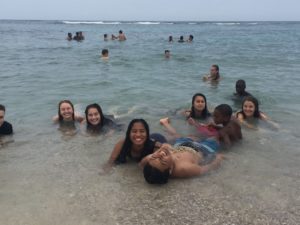 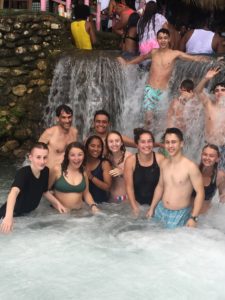