Today we woke up extra early and took a 45 minute bus ride to the village of San Juan. There, we were greeted with warm hugs and kind smiles by the elders and the staff. We were invited to do multiple activities with them like an exercising class which also incorporated their cultural dances. We eventually split up into groups and had the chance to do more activities like painting murals, doing some gardening work, participating in physical therapy, and serving them lunch. Some of the students even had the chance to listen to their stories that were passed on from generations, the stories were referred to as their “treasures” which is why it was so crucial that they shared it with us. Saying goodbye was hard but we came back to our hotel and had a group reflection where we were able to go in depth on our thoughts and feelings of the day. We compared the treatment of elderly people in the U.S. versus Ecuador, it was intriguing to be able to discuss a topic that usually feels neglected in the U.S. 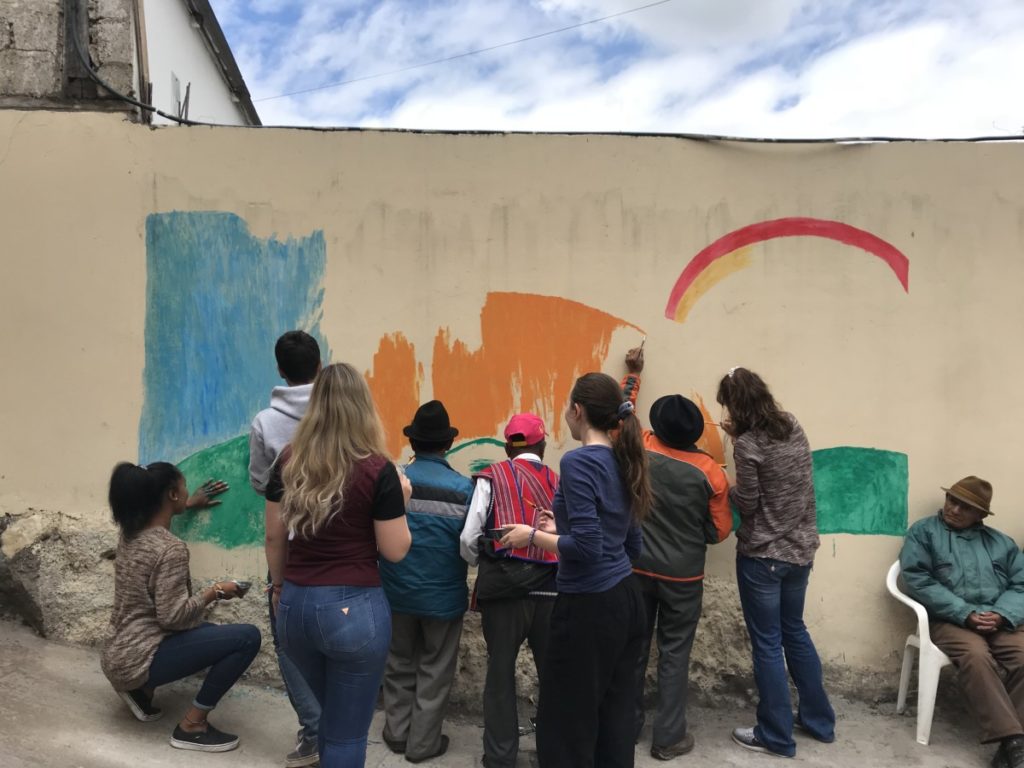 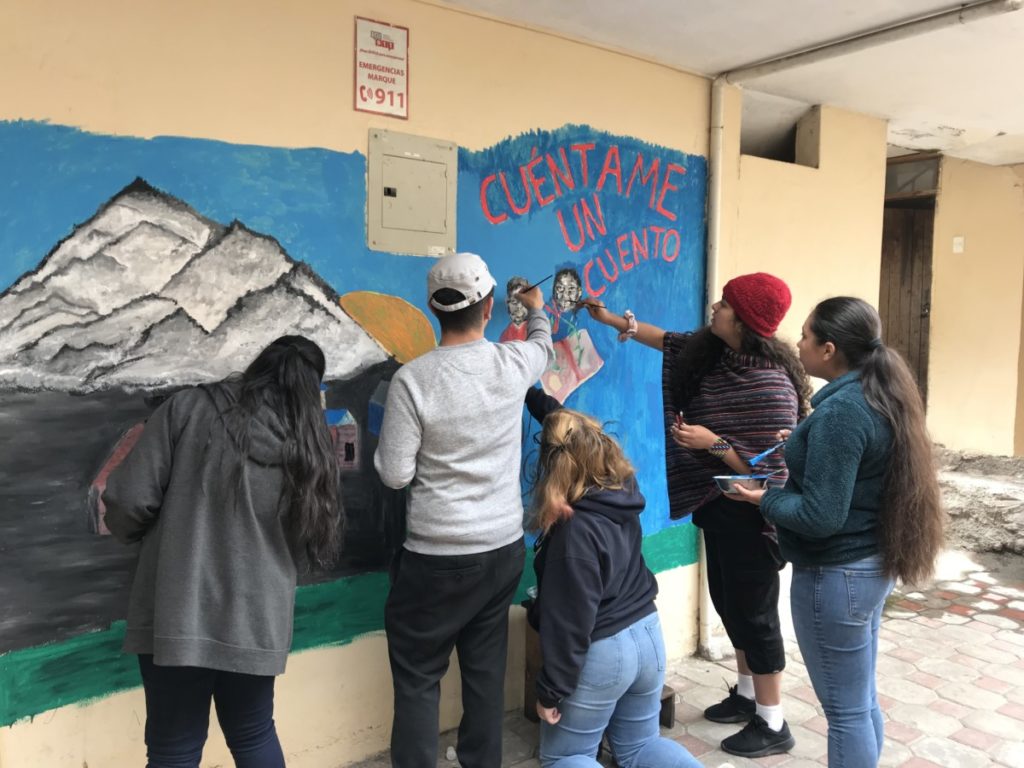 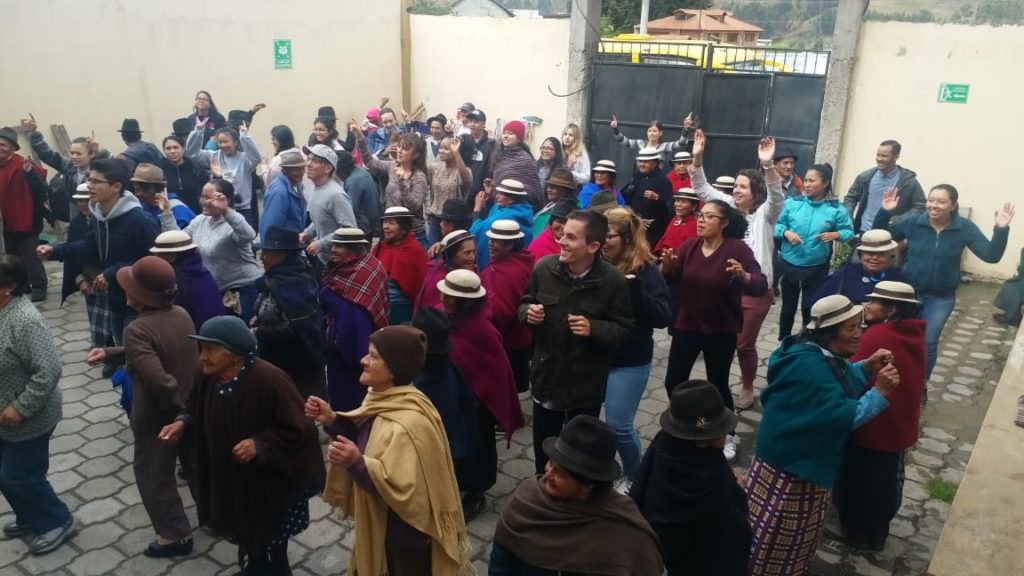 We ended the day with an important decision regarding our community action project with the German Abdo School. As a whole, we decided to rebuild the playground structures, replace the windows, and build a gardening shed while grooming the garden for children. Our donations luckily came out to be just enough to rebuild AND donate the remaining amount to the students for their school supplies! Yay! We ended our night with a really fun dinner at Nativa 🙂 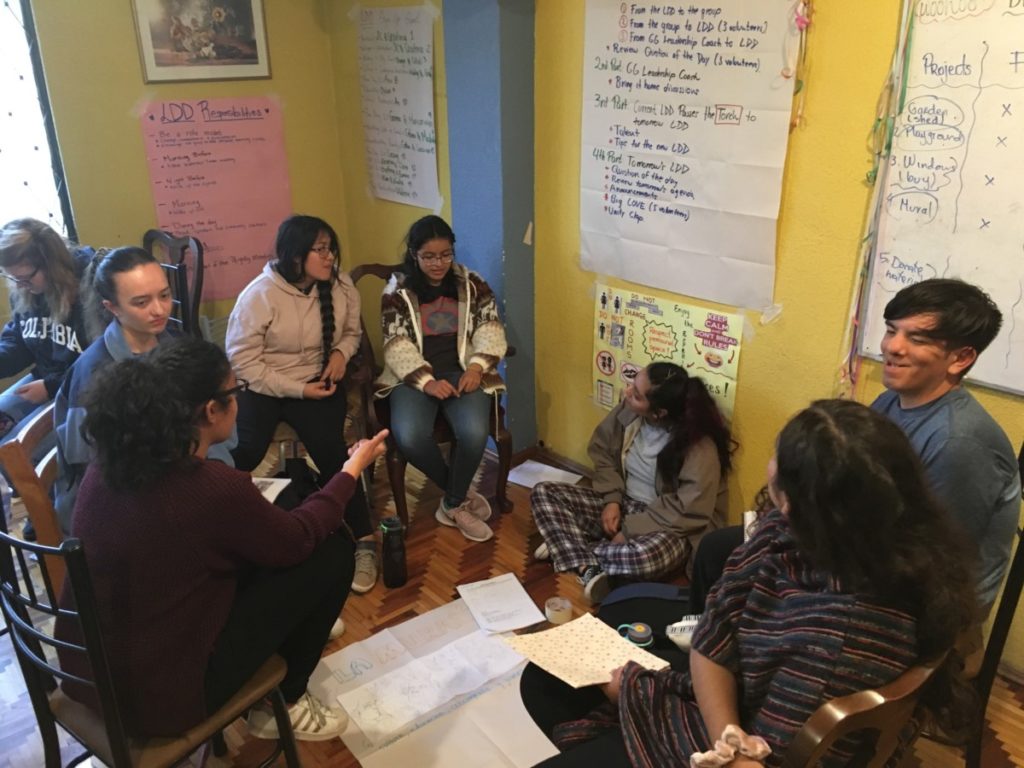 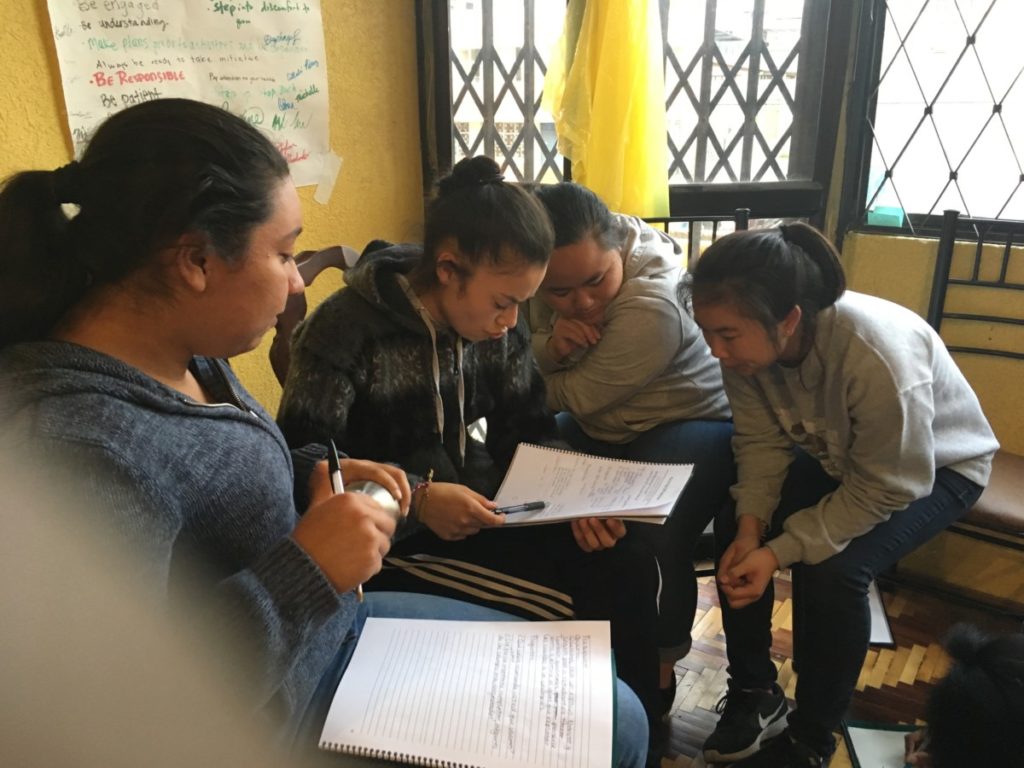 What we gained from our day

From our observations, we are extremely proud of our teammates for being so open and positive about going to the elderly home which was new for most of us. We learned to be more sympathetic and considerate after getting to know the people of San Juan. Our group was surprised by their kindness and welcoming spirits especially to complete strangers. The most inspiring person that I, Loraine, met today was the man who painted next to me. We planned a mural that would include them because it is like their home away from home. Although there was a major language barrier, I believe he inspired me the most because of his grace and determination that he displayed even in a simple task. The most inspiring person that I, Cate, met today was actually a group of people. Six or seven of the elderly people who decided that although their arthritis was too severe to even be able to place their hands right next to each other so that their hand prints could look like a flower on the mural that we planned, they still wanted to participate. This group was smiling and excited to participate in making lasting art in any way that they could.

Thank you for reading… WE MISS YOU <3