Riobamba in the rearview 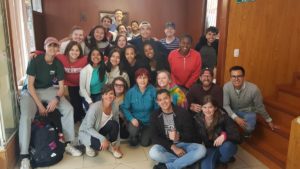 It’s so hard to believe that our last full day in Ecuador is almost over!

Today a few of us woke up at 5:40am to catch the sunrise, only to find the sky over Chimborazo in tears over our departure. So instead, we played cards on the roof until wake up call, and trudged to our final, tearful desayuno at Roma Santa. After breakfast, we headed back to Hotel Tren Dorado for a very long, very reflective seminar, during which we discussed what we learned, made a map of our physical and educational journey, and wrote down a final Big Love for everyone. We went so deep into our reflections that we pushed our last lunch in E

cuador back so we could keep talking and writing. When we finally arrived at Roma Santa for the 41st time, we gave Isabel a token of our appreciation in the form of a t 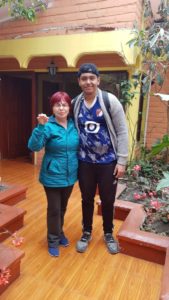 eapot signed by your favorite Glimpsers. Our time in Riobamba culminated in a frantic flurry of pictures, packing, and lots of hugs before we got on the bus (a few minutes later than we should’ve).

By seven, we arrived at the airport, where we’re making camp until our (also delayed) 1:25am flight to Houston. When we got our phones back, some people didn’t even know which was theirs, and more didn’t want anything to do with it in the wake of our reflection. I think I can speak for everyone when I say that we’ll miss Riobamba, its people, and its culture, but I think we’ll miss each other even more as we embark on the journey of sharing what we learned over the past fifteen days. 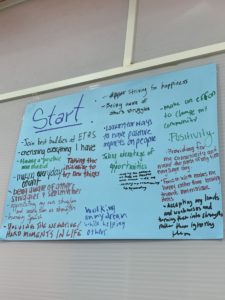 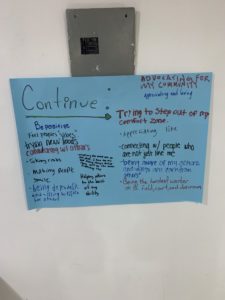 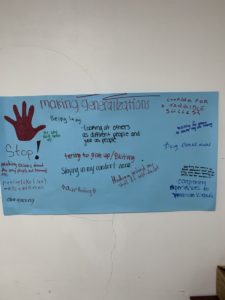