Visiting 2 Countries In One Day

Hi to all family & friends of my fellow glimpsers & I! My name is Dorian, and I had the privilege of being one of today’s LDD’s on Immigration Day.

Today’s journey began at 5:00 am, as we woke up to loud motorcycles and chatter coming from the busy city of San Juan de la Maguana. My co-leader Jocelyn & I did another wake up call at 5:30 am to ensure everyone was ready for the long day that we had ahead of us. Breakfast for the day was toast, scrambled eggs, and hot chocolate. We loaded straight onto the bus for a 2-hour ride, and let Liz’s music play as some of us went to sleep. We stopped a few times at the army checkpoints, and Jelly and Melina informed us about the purpose of checkpoints: checking for the presence of Haitians. We picked up our tour guide Abraham for the day for our time at the border. Shortly after, we arrived at Elías Piña, and immediately started surveying our surroundings.

Since we began our journey here in the DR, our program coordinators Jelly & Melina always remind us to think about who’s story isn’t being told. During tonight’s nightly meeting, Melina reminded us that someone is always profiting from an untold story. It’s not everyday that someone can visit a border between two countries that have a tense relationship.

We got over to the border and walked over to the market area where Abraham gave us a quick history lesson between the DR & Haiti. He stated that we were standing in front of the Binational Market where Haitians can only come on Mondays & Fridays from 8am-6pm. One interesting fact he mentioned was that, in one day there is more revenue exchanged and generated by trading goods than all of Central America in one year. We walked closer to the actual checkpoint where we were introduced to a Border Patrol Commander. He took us closer to the border where he gave us an opportunity to ask him questions. As he answered our questions, we all concluded that his answers were very contradictory to what we learned in various history classes back home. For example, he stated that it’s easy for anyone to cross the border, there are no quality checks on goods, and most importantly, there is no discrimination against Haitians at all in the Dominican Republic. We were all suspicious about his statements, and even more suspicious when Abraham supported his statements since he is Dominican. They both stated that Haitian youth is well assimilated in Dominican schools as they learn Creole, Spanish, and English. After talking to the commander, we took plenty of pictures with him. They even stopped traffic for us so that we could take a picture on the Haitian side of the border. As we reflected in our nightly meeting, we realized that the commanders may utilize the pictures for their own purposes. 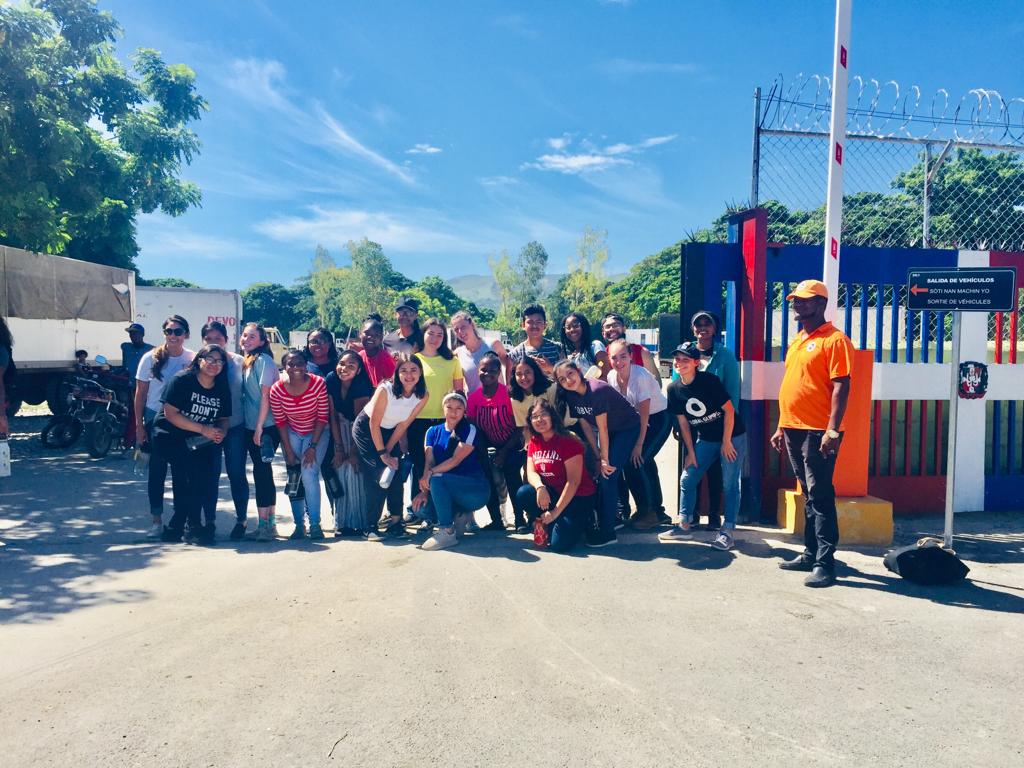 After we excited the checkpoint, Jelly stopped a man who had just crossed the border from Haiti to answer a few of our questions. He introduced himself as Daniel, a Haitian man who now lives in Santo Domingo. We asked him a few questions, but it was evident that he was suspicious of us because of the military personnel in close proximity. He said that he has to pay a $20 USD fee each time that he crosses. According to him, Haitians are treated fairly here in the Dominican Republic. He stated that he hasn’t been discriminated against, and Haitians are the ones who look for the problem once they are here. As soon as he said that, we were all in complete shock. Lastly, he mentioned how sometimes Haitians bribe the border patrol to bring them back into the DR once they are deported. We allowed him to go on about his day. It was a bit challenging at first to find someone else to talk to us, but we eventually found someone who was willing. His name was Buji, and he also stated that Haitians are treated the same as Dominicans. As we walked back onto the bus, we noticed a guard who stopped a group of Haitian women and purchased clothes from them as they were on their way to the market. As we reflected in the nightly meeting, we all expressed how frustrated we were about the two Haitian men who weren’t able to be as transparent with us because of Border Patrol, and possibly because of our nationalities. Also, we didn’t get a chance to talk to any women for a different perspective. We loaded back onto the bus and traveled to the market. We split up into two groups and began walking through. I was so amazed how there was no competition between the merchants, and how each culture intertwined perfectly with one another. It was also interesting how we saw the underground garlic industry in full effect. Luckily, we didn’t get ran over by a motorcycle as we walked out of the market.

We loaded back onto the bus to head back to San Juan for lunch and English tutoring. Everyone was so excited to eat lunch at our provider Charlie and his family’s restaurant. Despite the earlier chaos, Charlie pulled off our request for the special holiday today. Today, August 5th was Noah’s 16th birthday! We walked into the restaurant to a big banner and balloons hanging for her sweet sixteen. After we ate rice and beans, baked chicken, eggplant, and salad, we sung Happy Birthday to Noah as the staff brought out a cake for her. 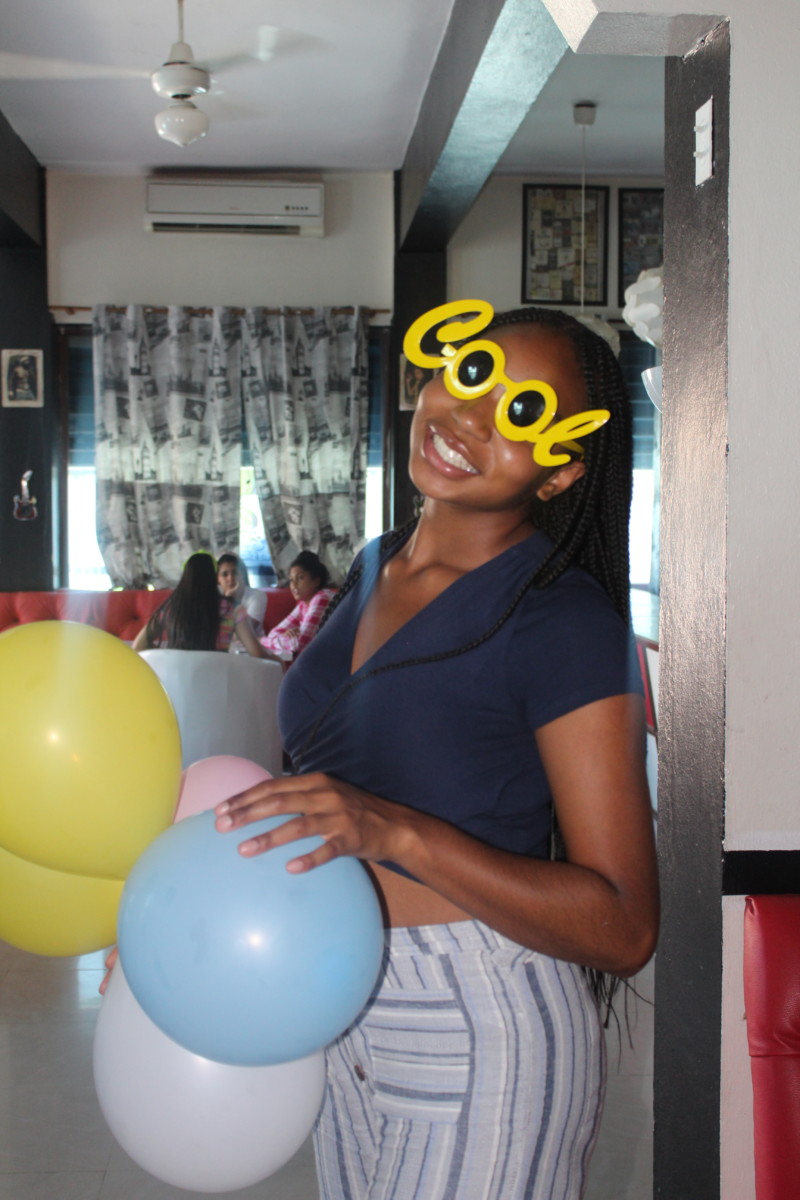 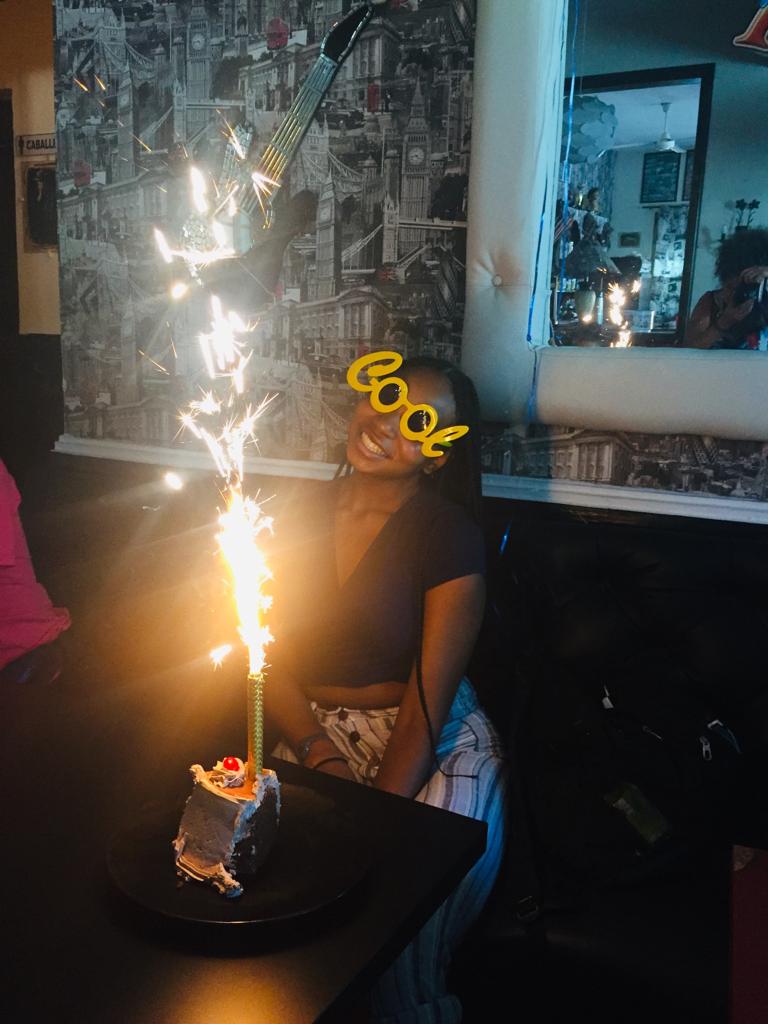 We can’t wait to see our families in 5 more days! Here’s Jocelyn with what happened for the rest of the day…

After coming back from the border, we began to get ready for English tutoring, where we get to teach a wide range of students another language. The class that I have the privilege of teaching is a class of little kids from ages 8-12. Since my students are very young, the class can be chaotic: they’re loud and struggle to pay attention. Luckily, it wasn’t our first class, so we were still able to teach them some new words and play games.

After tutoring, we came back to the accommodations. There we were able to have a little time to do whatever we wanted before dinner. Our food providers– Charlie and his family– arrived with the food a little bit of delay but it was good and worth the wait as always! When dinner was over, we all gathered in the common area to have our usual nightly meeting. There, as previously stated before, we debriefed on the long and interesting day we had.

Although my part was short, I hope you enjoyed this blog. Thank you for taking your time to read about our day and I hope you continue to tune in to read about the few days we have left in San Juan De La Maguana.