Hi friends and family! This is Victoria, Jennifer, and Tyler and we are the leaders of Community Action Project (CAP) day 3. We started the day with a 7:00am wake up call. For breakfast we had pancakes, eggs, cantaloupe, and hot chocolate. Then, we went back to work on the mural project that has been underway for the past two days. We added finishing touches to the leaves and foliage on the mural and then we began painting the walls surrounding the mural, which matched the roof of the fundación. After two long hours of work we had lunch of rice with Spanish sausage, beans, and boiled vegetables. We kept working after that, but we managed to finish it around 2:00. A few people kept working, but most helped clean up and went off to free time. At 5:00, we started our last English Tutoring class. For two hours we taught (some classes had celebrations) and we said our goodbyes at 7:00 for dinner. After eating spaghetti and bread with cantaloupe, we had a program seminar to debrief our CAP Project, our nightly meeting, and went to sleep.

Today we learned that the work we did paid off and had an immediate impact on the nearby community.  While we were working on it there were a number of people that stopped and made conversation with us about the organization we were involved in and the work we were doing.  Hearing from the locals seeing Israel (the owner) smile at mural made all of or hard work worth it.  After being so kind and welcoming towards us, it felt great to finally repay some of that kindness.  We were surprised and proud by how Jennifer and Brandon’s sketch came to life in just three days.

Victoria: It was fun, but stressful being the Líder del Día. The hardest part was to get the group to put down their paintbrushes and drink water. Today I learned that I can be assertive and lead a group. All in all, it warmed my heart to see everyon’s faces at the end of the day.  (s/o to Eric for doing my streaks!)

Jennifer: As one of the mural designers (s/o to my design partner/buddy Brandon), it felt great to see how dedicated people were to finishing the mural and having our artistic vision come to life. It was difficult being both Leader of the Day and someone working on the mural, because I had to answer questions about both the mural design/timing  and other leadership responsibilities. In the end, however, it was just super satisfying to sign my name in the corner of the mural alongside Brandon’s and feel proud of what we made.

Tyler: Being Líder del Día and project manager was really hard to juggle today, I spent lots of time keeping people on task and making sure everything was going smoothly.  Luckily, everyone was doing their part so my job was much easier.  Overall, I learned that being a leader is a really hard job and that I should really listen to them and show them some respect. 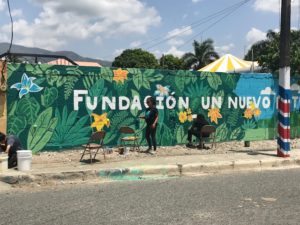 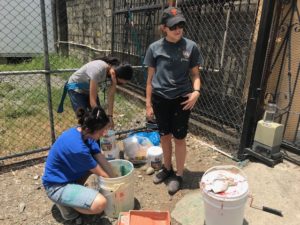 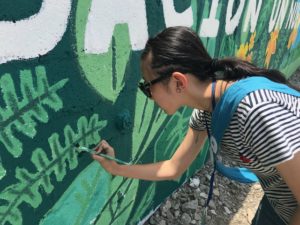 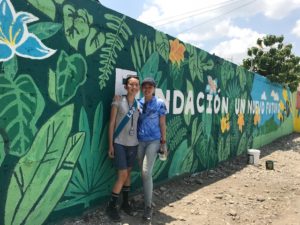 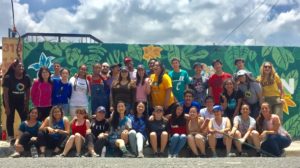