Today we visited La Comunidad San Pablo Alto which is a farm near Riobamba that is dedicated to growing organic crops. It was incredibly beautiful as we had a clear view of Chimborazo in the background of our farm work. When we were there we participated in several activities including collecting chicken fertilizer, planting potatoes, and learning the steps involved in mounting a horse. 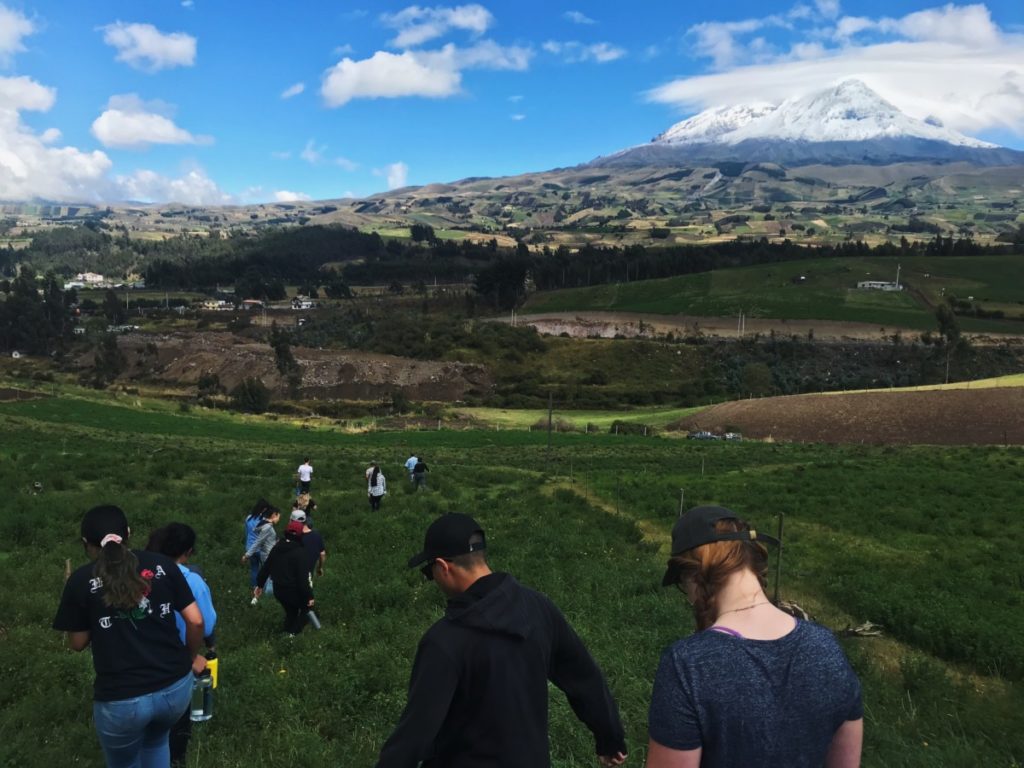 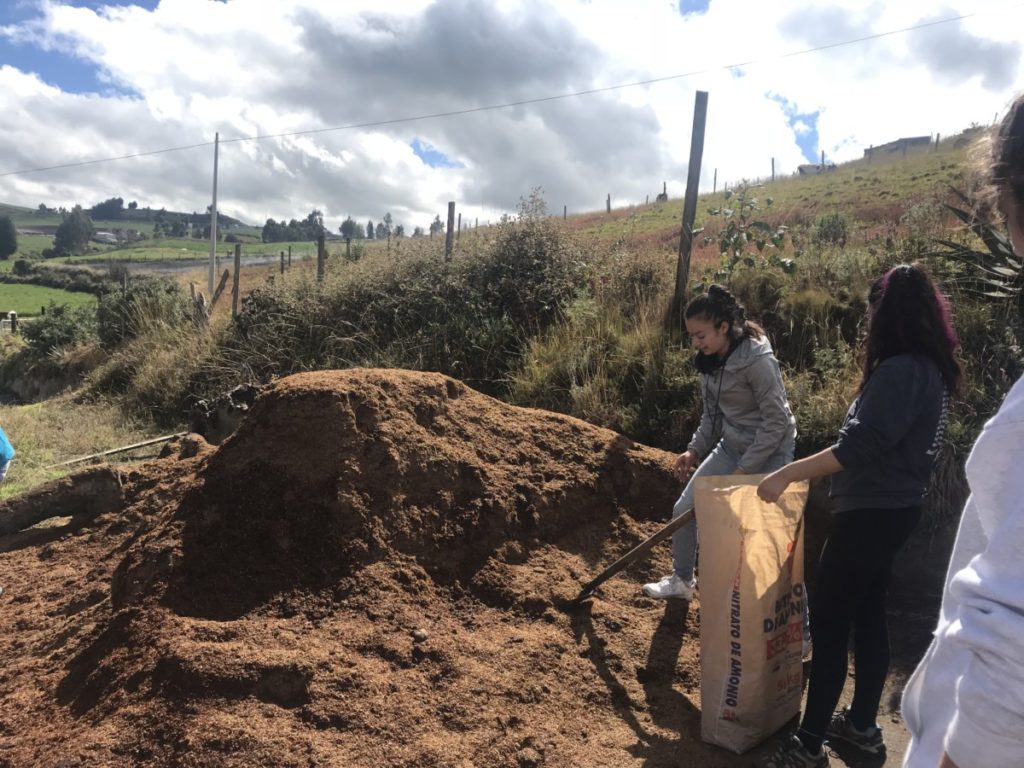 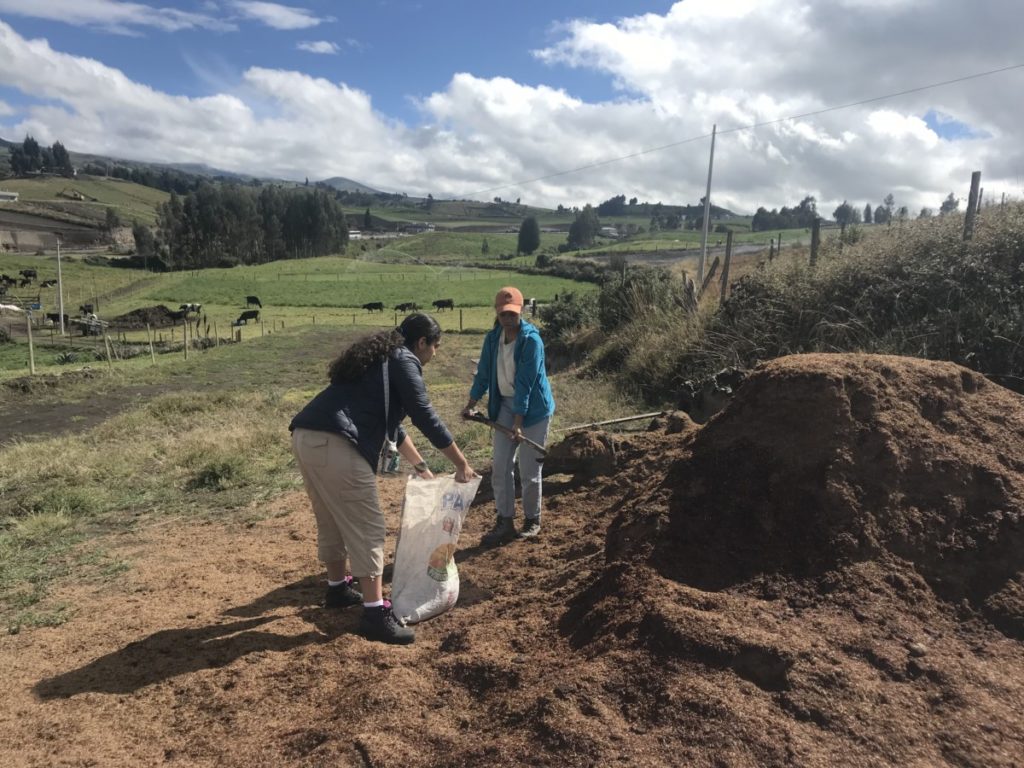 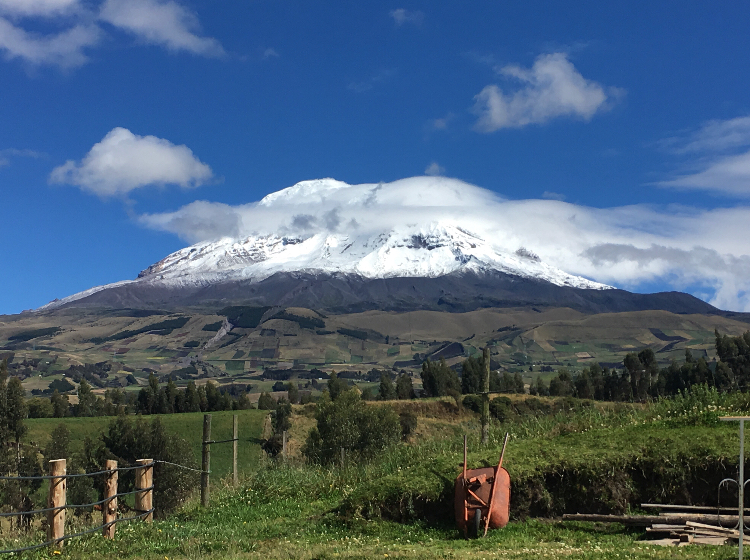 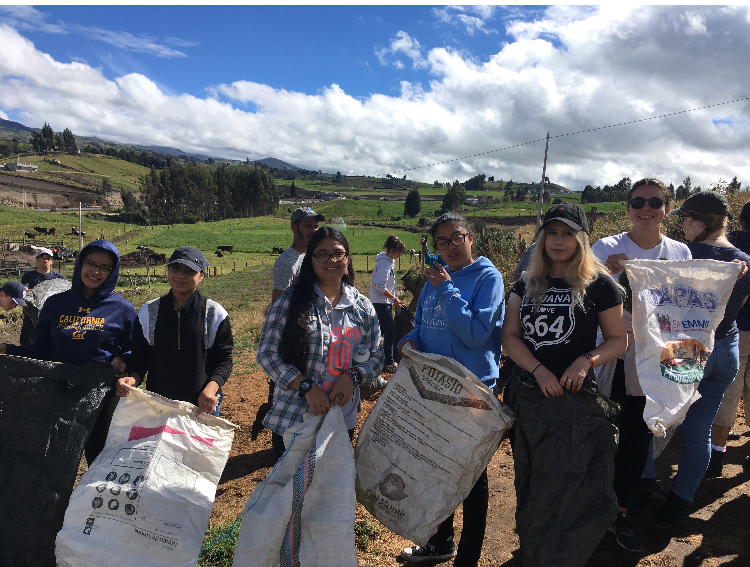 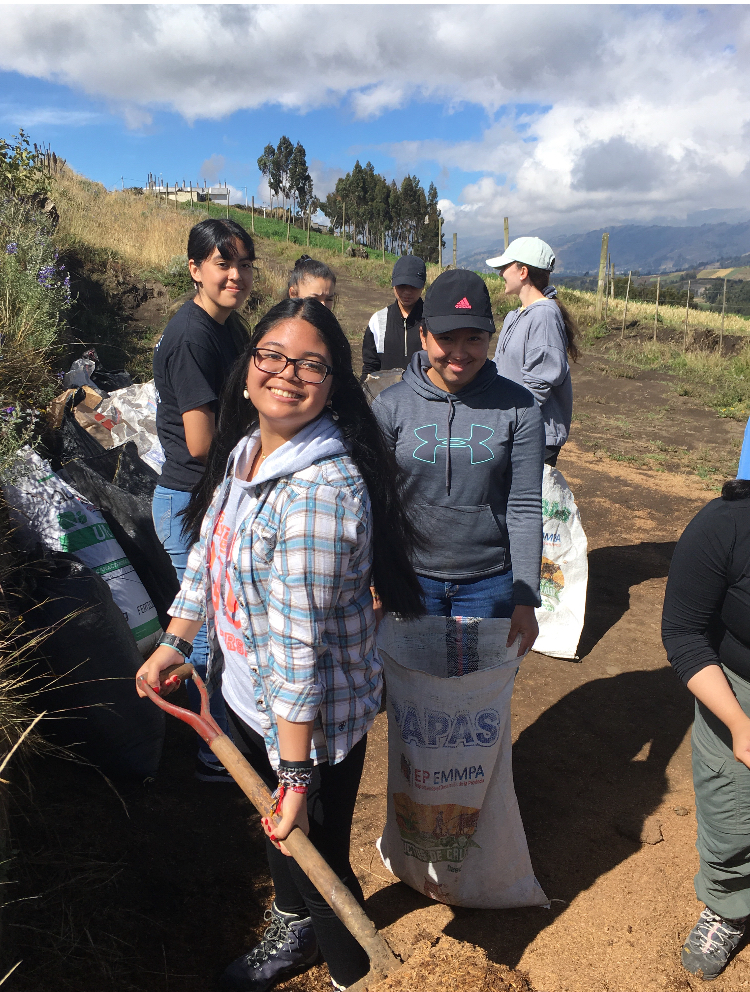 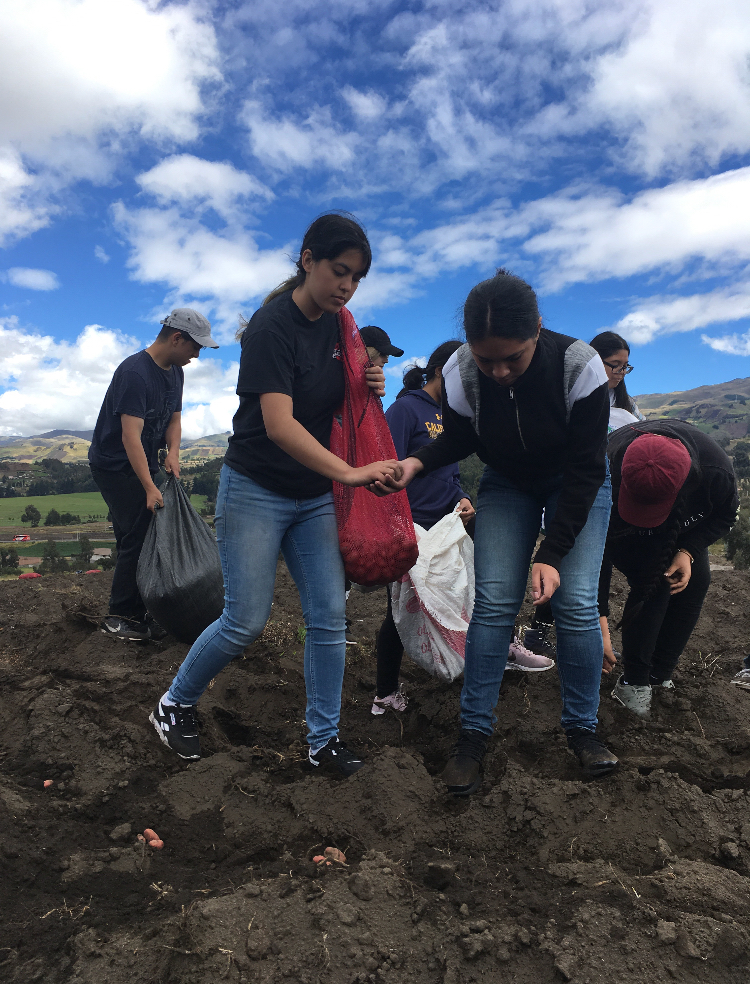 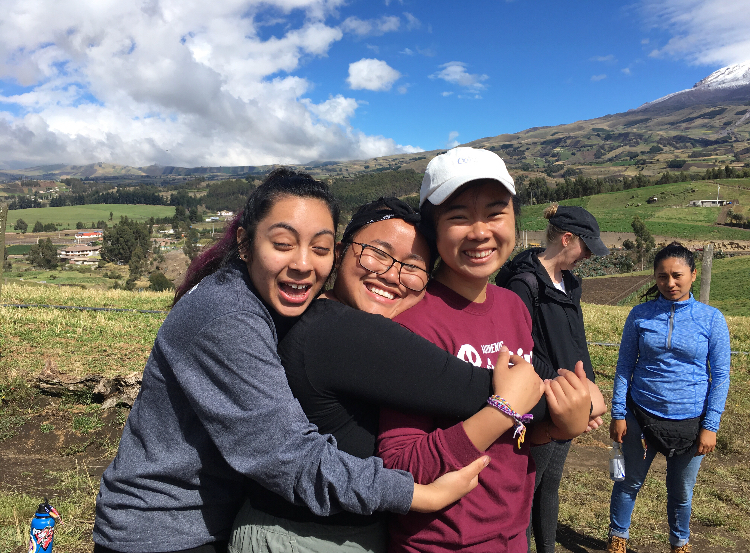 Later in the day we had our second English tutoring seminar in which we planned the activities we will be teaching next week. We worked on posters setting norms for our classroom and thinking of fun icebreaker games to play.

Today as we were working on the farm we realized the amount of hard labor and dedication is put into the growing of organic crops as opposed to crops that are genetically modified. As we worked with the crops we realized the precision that is used in order to complete the job which includes having a certain distance between each seed as well as the amount of fertilizer that has to be spread evenly for the proper growing of the potatoes. We found out that the farm workers usually make around $390 a month which we consider to not be enough compared to the amount of physical work that is put into their job. He also shared with us that the workers at the farm were day workers, meaning there was no promise that they would be hired for the next day.  We were most surprised to find out that to the owner of the farm, Don Jaime, this job was not considered to be hard work but more of a passion of his.

We are proud as leaders of the day that the group never hesitated nor complained about the amount of work we were doing but instead were eager and excited to experience something new although it meant that they had to get their hands a little dirty. The most inspiring person we met today was Don Jaime because he was extremely passionate as well as grateful for the help we were giving him. He inspired us to think about the work in a different aspect because he allowed us to envision being a farm worker as a rewarding job instead of as a burden. Being leader of the day allowed us to step into a new role in the group because it gave us the opportunity to take initiative and express ourselves in a different way. It also forces you to step out of your comfort zone in order to lead a group through the day. After today we learned that although being a leader isn’t always easy or comfortable, it can be a very rewarding and educational experience.